Long hours of working together add to the understanding that two people share. This is one of the reasons why co-stars fall in love. Spending 12 to 13 hours every day together is enough to bring two people closer.

Take a look at some of the actors who fell in love on reality shows:

After Being Physically Abused, Veena Malik Is Ready To Give Her Husband Another Chance Roop Bhinder and Mohit Saggar both participated in one of the most followed reality show, Roadies. Roop participated in the 6th season while Mohit was in the 8th season. These two were secretive about their relationship, but shouted it out to the world as soon as they exchanged the rings. 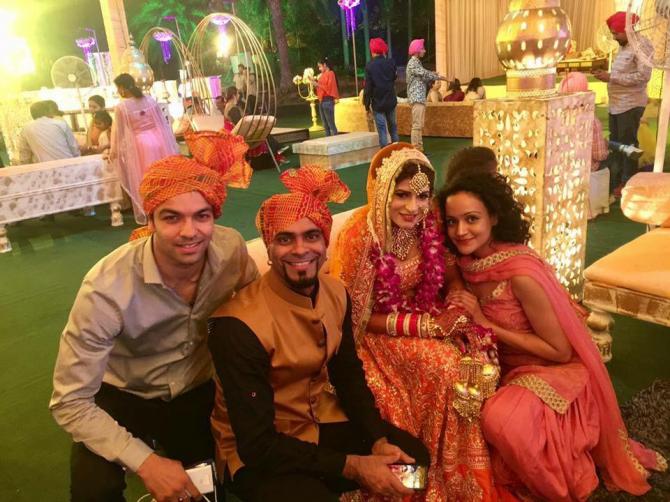 Their wedding was attended by Rahu and Ram along with many ex-contestants of the show. Aditi Sharma and Sarwar Ahuja are known faces in the entertainment industry. They both participated in Zee Cinestar Ki Khoj in 2004. They later acted opposite each other in Khanna and Iyer. It did not take them long to fall for each other. In 2014, the couple got hitched. Himanshoo and Amruta too participated in Zee Cinestar Ki Khoj and found each other. Hailing from different states and religions, these two are perfect pioneers of Chetan Bhagat's novel, 2 States. The couple won Nach Baliye season 7. After a courtship of more than 10 years, the couple got married on January 24, 2015. 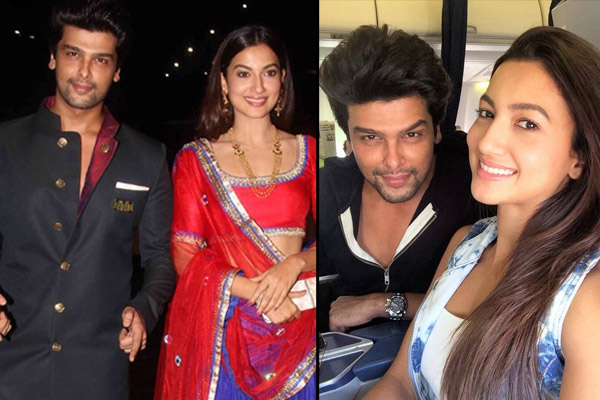 The ex-residents of the Bigg Boss house, Kushal and Gauhar became the talk of the town following their closeness and sizzling chemistry. Their fans loved them as a couple but in 2014, the couple split up after dating for almost a year and a half. Tanisha and Armaan also met in the Bigg Boss house. In spite of a lot of differences, the two fell in love with each other. Some fans came out in their support while some were against it. There were a lot of rumours of Arman being already married. The couple fell out soon after the show ended. It seems like living together can make people fall in love as many of the inmates of the Bigg Boss house fall for each other. Upen and Karishma participated in Bigg Boss and later in Nach Baliye 7. Upen proposed to Karishma on national television and she said "yes". While their fans were eagerly waiting to see them tie the knot, the couple called it quits. 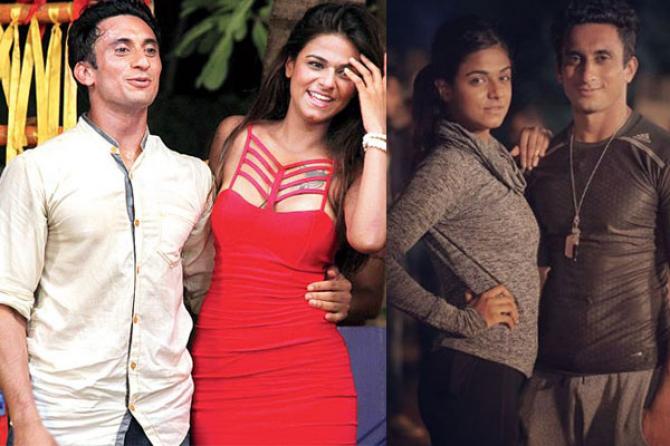 Gurmeet Rehal Singh and Kavya made the steadiest couple on Splitsvilla. It wasn't a surprise that they won the show and were crowned as the King and the Queen. The couple even joined Anusha and Karan on their show Love ka School. But according to some reports, Gurmeet might be seeing China-based teacher named Brittany Lauren Marie. 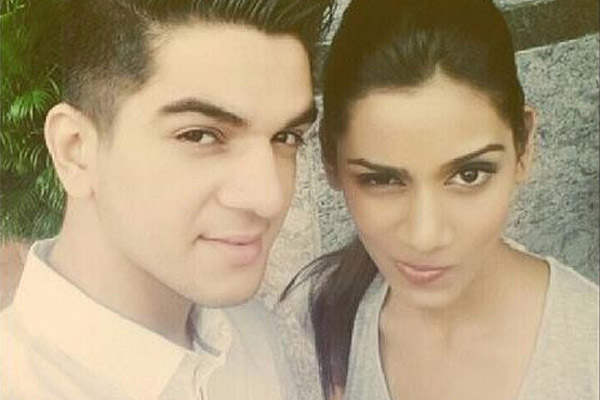 Ashwini Koul and Sanjana Ganeshan participated in Splitsvilla 7. They would often spend time together and so, fell in love. Their bond was so strong that Ashwini left the show when Sanjana broke her hand and could not play. He did not want to continue without her. However, the couple split up afterwards. 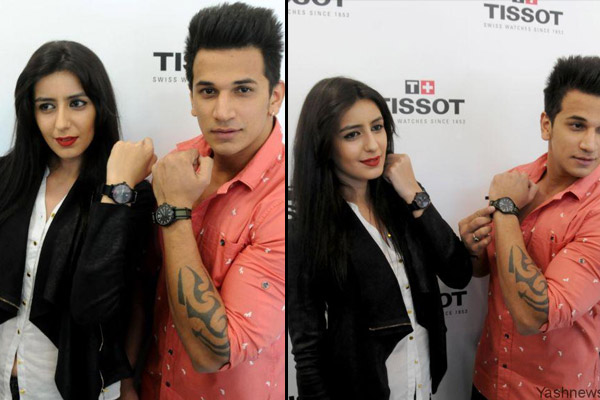 Prince and Anuki fell in love on the sets of Splitsvilla. They shared some intimate scenes while on the show. Prince was very vocal about the fact that he loved Anuki. They were going strong till Prince entered the Bigg Boss house. Prince is rumoured to be dating TV actress, Yuvika Choudhary.

Also See: Yuvika Chaudhary Reveals Her Feelings For Prince Narula For The First Time Ever 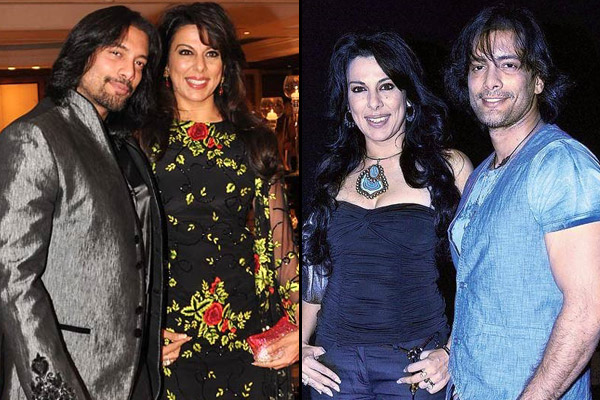 Yet another couple that fell in love in the Bigg Boss house and fell out of love soon after the show was over. Akashdeep and Pooja shared a great chemistry and he even flaunted a tattoo of her name, but they weren't meant to be. They broke up after the show.

Must Read: 14 Famous Bollywood And Television Celebs Who Found Love In The Bigg Boss House 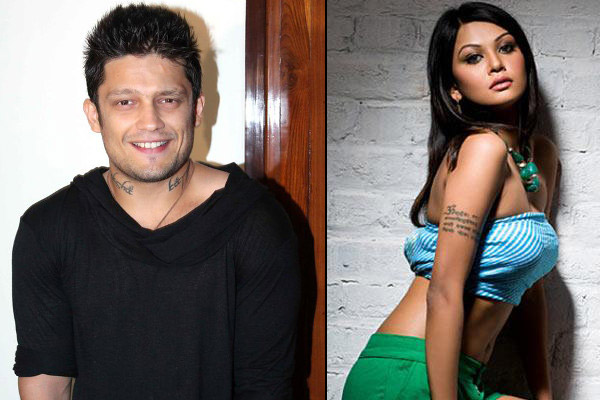 Siddharth and Sakshi won Splistvilla as a couple and were on cloud nine. Their chemistry made them win many hearts. They continued for a while after the show, but broke up eventually. 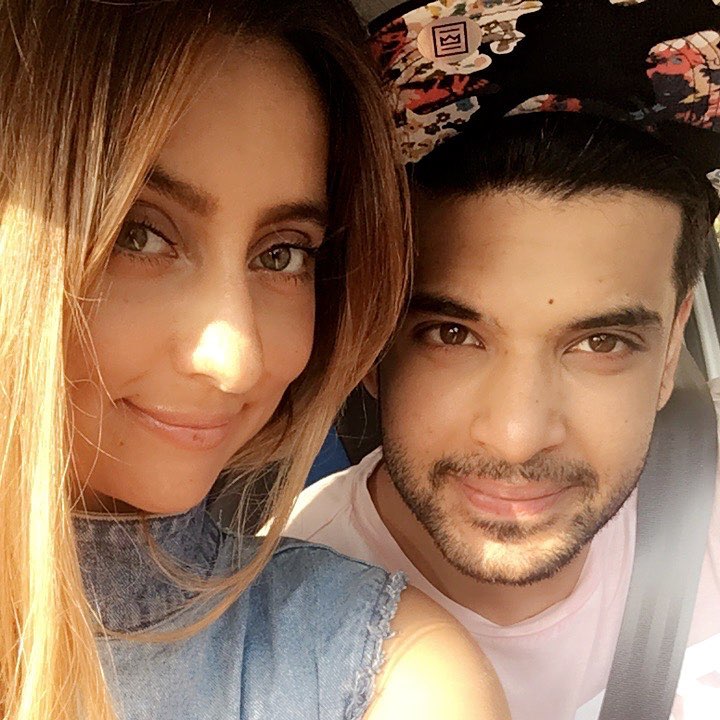 Anusha Dandekar and Karan Kundra had their first interaction on the sets of Roadies and since then, there has been no looking back for them. They are going strong and grace us with their cute couple selfies from time to time. 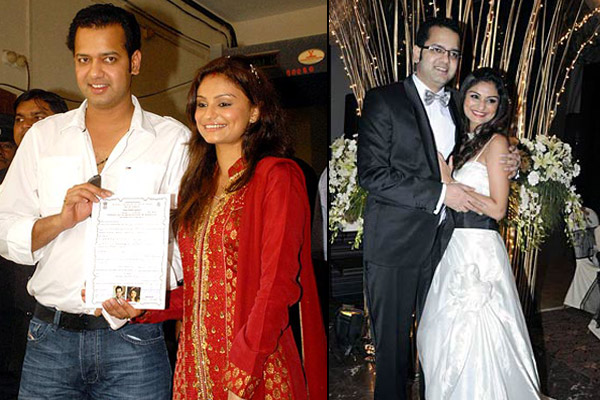 Rahul met Dimpy on Rahul Ka Swayamwar where he chose Dimpy amongst all the other contestants. He soon got married to the Bengali dancer. They even participated in Nach Baliye. They soon got divorced on the grounds of domestic violence. Rahul is dating model Amruta Mane (read more), while Dimpy is happily married to her childhood friend Rohit Roy, with whom she has a daughter. 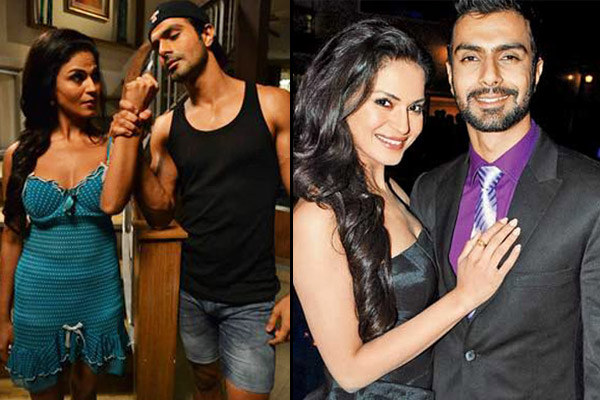 When Ashmit Patel and Veena Malik got closer in the Bigg Boss house, it surely raised the temperature of every TV screen. They would often call each other by their nicknames. After the show, they had a very public break up. Veena is married to Asad Bashir Khan with whom she has two kids. It was in the news that Veena and Asad were divorcing, but now the couple is giving another chance to their marriage.

Recommended Read: After Being Physically Abused, Veena Malik Is Ready To Give Her Husband Another Chance

Some of the lucky couples who fell in love on the reality shows are still together while some have split up. The relationship of different couples followed different paths, but it cannot be denied that it was on the sets of a reality show where they felt the wave of love.