What if the man you have crushed on since the very beginning ends up becoming your beau? Nothing could be more magical, right? Tinsel town’s A-listed stars, Alia Bhatt and Ranbir Kapoor’s affair came across as a sweet surprise to many when the duo were spotted together everywhere and are inseparable on the sets of their recent flick, Brahmastra and beyond. (Recommended Read: Alia Bhatt Talks About Her Newfound Relationship With Ranbir Kapoor, Reveals His Best Qualities)

When two stars are dating, what if you get to hear their star-papa’s thoughts on their relationship? So be it! Recently, lovebirds Alia and Ranbir and Alia’s father, Mahesh Bhatt were clicked outside Alia’s residence. The trio seemed to have an intense discussion on something. And as expected, everyone wanted to hear what Mahesh felt about meeting his ‘probable’ son-in-law, Ranbir Kapoor. Pictures first, details later! 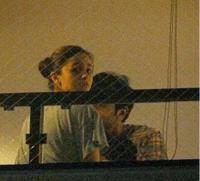 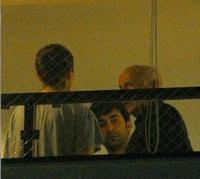 When Mahesh was asked about the same by Hindustan Times, he replied, “Oh, the paparazzi age is here and you have people from the outside using their premise to capture the image, because that’s what the nation is thrusting for.’ So, not saying more, I’d let the paparazzi guess if papa is raazi.”

Mahesh was also asked if he advises his daughter on matters pertaining to her relationships and personal life. To this, the doting daddy shared, “It’s very obvious that [Ranbir-Alia] are making no bones about talking to people about them being intimate. And I don’t belong to that category of parents who’d advise their children about their personal choices. Alia is an adult and it’s a matter that she has to resolve. It’s their life, their space. I respect and admire them for choosing to talk to the world when, and if, they want to do.” (Also Read: Pooja Bhatt Talks About Her Sister Alia Bhatt's Relationship With 'Brahmastra' Co-Star Ranbir Kapoor)

Now one of the most important questions! When he was asked about what he thought about Ranbir Kapoor, Mahesh replied, “He astounded me in Sanju. After Amitabh Bachchan’s Deewar (1975), this is the first time I’ve seen an actor take charge of a character, which is iconic like Sanjay Dutt. Ranbir is barely 34 or 35 and though he comes from the great lineage of the Kapoor family, he has a unique charm and talent that’s his own. He is an original, just like Alia is an original.”

Do you all watch Karan Johar’s superhit, Koffee With Karan? If you want to see your favourites as candid as possible, this show is your go-to place! In the same chat show, Karan and Alia spoke about the first time she spoke to Ranbir Kapoor. Reminiscing about her first interaction with Ranbir, Alia had shared, “I remember the first time I spoke to Ranbir. You (Karan Johar) called him up when Rockstar just released and you said, 'Here, talk to Ranbir. Tell him how much you love him'. And I spoke so much rubbish. I was just talking non-stop, and he was like, 'Yeah, that's very nice, Alia.'”

Alia further continued, “Obviously, I have hung out with him after that, and I still think he is really adorable. And I still want to marry him." Since at that time Ranbir was in a relationship with Katrina Kaif, Karan asked Alia if her now BFF Katrina knows about her plans to marry Ranbir, she stated, "Everybody knows my plans. I have gone on record and I have said it. I'm very open about it except to Ranbir."

In a recent interview with Filmfare, Ranbir shared probable hints of him dating Alia. The Saawariya actor shared, “It’s really new right now, and I don’t want to over speak. It needs time to breathe and it needs space. As an actor, as a person, Alia is – what’s the right word? – flowing right now. When I see her work, when I see her act, even in life, what she gives is something that I’m aspiring to for myself. It’s new for us, so let it cook a bit.” 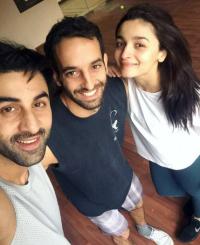 Well, guys now that you have another update about Alia and Ranbir, what do you think they might be discussing with father/father-in-law, Mahesh? Let us know in the comments section below.