The doting daughter, the very beautiful Yami Gautam took to her Instagram handle to share glimpses of the birthday celebrations in the Gautam house, as her father turned a year older! Vicky Donor fame, Yami Gautam had stolen millions of hearts with her breathtakingly gorgeous smile, on her debut in Bollywood. She had won our hearts by her stints in the television world before. Ever since then, she has been riding high on fame and success and has even brought her sister, Surilie Gautam in the industry. Yami dotes on her family and often shares her adorable moments with her mother, sister and brother on her social media handle. Scroll down to check out Yami's heartfelt wish for her father on her birthday! (Recommended Read: Shabana Azmi Reveals That Javed Akhtar Is Happiest When He Is With His Granddaughters)

Did you know that Yami Gautam had stared her career by working in regional cinema? She had done numerous Punjabi and Tamil films and had auditioned a lot for her debut in the Hindi film industry. In her words, "That was a phase when I was auditioning in full-swing. At that point in time, I also had the opportunity of a very conventional launch. I was absolutely on my own; every work that I was doing was my stepping stone. There was nobody there to back me. Fortunately, I have never had an incident that would discourage me from working in the industry. For me, as an artist, it never mattered to me what language the film was in. I just wanted to do really good work, and one thing led to the other." 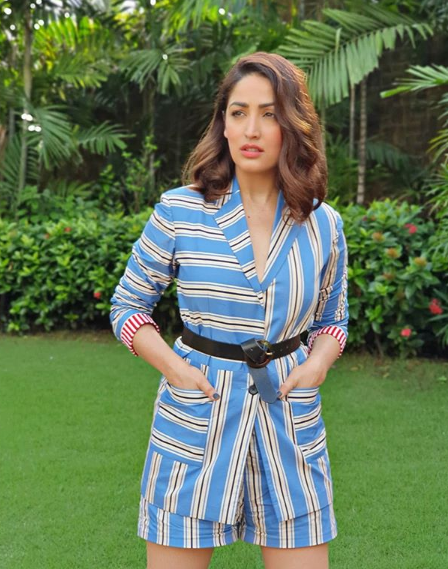 The doting daughter, the very beautiful Yami Gautam took to her Instagram handle to share glimpses of the birthday celebrations in the Gautam house, as her father turned a year older. Yami posed a lovely fam-jam moment from the party wherein Yami, her sister, Surilie, her brother, her mother and her father can be seen huddled around the cake in a warm hug. She also wrote a heartfelt birthday wish for her dad in the caption which can be read as "Happy birthday to my dearest papa! Nothing can ever match family love. Gratitude for this blessing." Yami's friends from the industry also dropped quirky comments on the sweet picture. Vicky Kaushal commented, "Cake looks yami! Uncle ji nu Happy Birthday! :)" Yami also put a picture of the delicious cake on her IG stories and wrote, "Happiness is baking papa's fav vanilla cake (gluten-free-my-addition-for health reasons) with chocolate frosting." 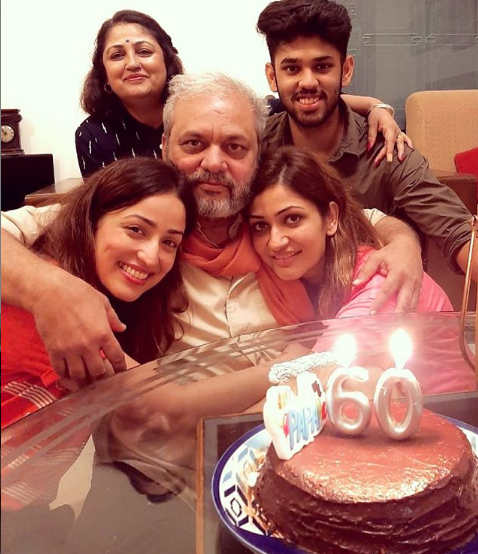 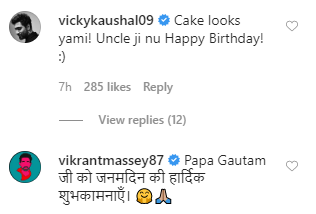 Some time ago, it was Yami Gautam's mom's birthday, and she had taken to her Instagram handle to post a lovely birthday wish for her. Along with a beautiful throwback picture wherein Yami could be seen looking like a sunflower as she had held her mom in side-hug, and both of them were all smiles for the camera. The picture had depicted the warmth of the mother-daughter bond. Yami's caption could be read as "Happy birthday to my world... my wish is to always see you laugh heartily like this.. happy birthday to my beautiful mummy." 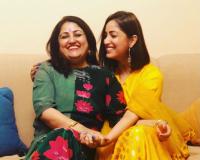 The doting daughter, Yami Gautam often posts heartfelt wishes for her mother on numerous occasions. To celebrate Mother's Day, Yami had posted a very old unseen picture with her mother, her sister, Surilie Gautam and her brother. A young Yami could be seen giving her classic smile, that has stolen millions of hearts while posing with her mother for the camera. Yami had also put a sweet Mother's Day wish for her mother in the caption which could be read as "To the most beautiful relation ever created...my mumma #happymothersday" followed by a heart emoji. (Also Read: Telugu Actor Nithiin Gets Engaged To Fiancee Shalini Kandukuri In An Intimate Ceremony Amid COVID-19)

Back in 2018, speaking at the 'Bollywood/Tollywood: Remakes and Reinventions' convention at the India Today Conclave South, Yami Gautam had revealed her parents' reaction when had gotten o know about her debut film, Vicky Donor and what was it all about. She had said, "When I auditioned for Vicky Donor, I asked the casting director, 'What is the film about?' And she just smiled. When I got the film, that is when I found out. I had to tell my parents. My father asked me what the film is about, and I just handed the script to him. When my parents read it, they said, 'This is so cool.' (Don't Miss: Shilpa Shetty's Son, Viaan Raj Kundra Captures A 'Priceless' Moment Of His Mommy Enjoying Sunset)