A father is a pillar of support, but it is the grandfather, who is the guiding angel in your life. And Javed Akhtar shares a similar relationship with his granddaughters, Shakya and Akira. 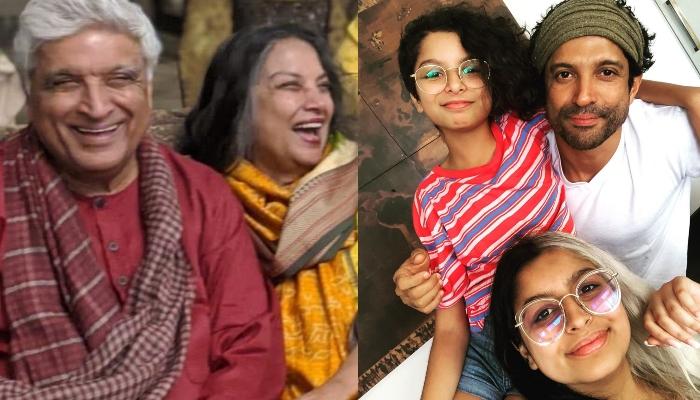 The journey of parenthood is a rollercoaster ride, but not the route of being a grandparent. Life comes to a full circle; the moment grandparents hold their grandkids in their arms. They eagerly wait for the day when the littlest member of the family starts to walk so that they can visit parks, zoos and all the places they missed while taking care of their kids. After all, grandparents know how to fill the bridge of love in the lives of their grandkids. And an exactly similar relationship is shared between veteran lyricist, Javed Akhtar and his granddaughters.  (Recommend Read: Anurag Kashyap Shuts Down Troll Who Mocked His Unsuccessful Marriages With Aarti And Kalki Koechlin)

Before we take you further into the story, let us take a look at the Javed Akhtar's son, Farhan Akhtar's personal life. Earlier,  the actor was married to Adhuna Bhabani. However, in the year 2017, the duo had parted ways on a cordial note, and together they are co-parenting their daughters, Shakya Akhtar and Akira Akhar. 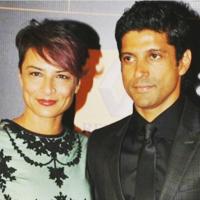 On July 22, 2020, Shabana Azmi took to her Instagram handle and posted a throwback picture of Farhan's daughters with their grandfather, Javed Akhtar. In the picture, we can see the little girls hugging their grandfather. Alongside it, Shabana wrote, "#Javed Akhtar. Happiest when he is with his granddaughters #Shakya Akhtar and #Akira Akhtar". Check it out below: 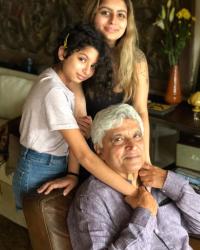 In a 2015 interview with PTI, Javed ji had proudly shared that his granddaughters are continuing the family tradition as they have started writing. He had revealed, "I am fortunate that I was born in a family of writers. I am seventh generation of writer, Farhan Akhtar and Zoya Akhtar are eighth generation of writers and now Farhan's daughter has started writing… She is in the ninth generation. I was brought up in an environment where books were around so I was influenced to writer." (Also Read: Sara Ali Khan Looks Cute In This Unseen Childhood Holi Photo With Mom, Amrita Singh And Iggy Potter) For those who don't know, Farhan and Adhuna had gotten married in the year 2000, and after sixteen years of living together, they had filed for divorce. They had mutually decided to end their marriage and had shown the world that in a relationship, love might fade away, but friendship cannot. Currently, the ex-couple have found love again. In an interview with Pinkvilla, Farhan had opened up on how he had broken the news of his divorce to his kids. He had shared, "Nothing is easy. Anything you tell your child which you think your child doesn't want to hear is never going to be easy. The thing that your child expects you and by you doing it, you will realise that this is what you expect from them. If you can be honest with your child, they are not dumb or stupid. They understand way more than you and I can imagine. They have a sense of energy on how their parents are feeling." (Don't Miss: Alia Bhatt Enjoys The 'Pink Sunset And Cool Breeze' With Her Sweet Pea, Shaheen Bhatt, Shares Selfie)

Well, we loved Javed sahab's picture with his granddaughters!