Mira Rajput Kapoor was just 20 years old when she married Shahid Kapoor in 2015. Check out how his mother, Neliima Azeem had reacted!

Having a saasu maa, whom you can call your best buddy, is such a flex. Especially when TV serials and Bollywood movies have created a twisted image of desi mothers-in-law into our heads to a point where it would not be difficult to imagine them as blood-sucking witches. However, not all women are the same, as some of them love their bahus more than their daughters. Similarly, Shahid Kapoor’s wifey, Mira Rajput, is one such lucky one, who got the sweetest mother-in-law in the world, Neliima Azeem.

Veteran actress, Neliima had got married to her first husband, Pankaj Kapur, at the age of 16. Afterwards, when the duo separated, she raised Shahid with all the necessary care, even being a single mother. But on the other hand, Shahid decided to marry late, to be precise, at the age of 34, which was perfect according to the actor. Needless to say, Neliima was thrilled to meet Mira for the first time. But, as a result, she got surprised to learn that Mira was just 20 years old and a college student. 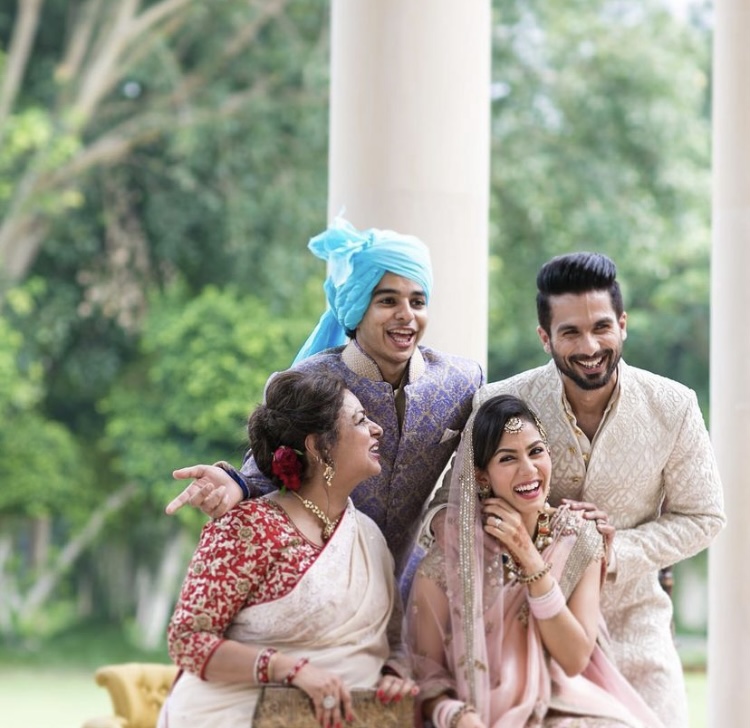 In an old conversation with Bollywood Bubble, Neliima recalled her feelings when she had met her now daughter-in-law, Mira Rajput, for the first time. She knew that the marriage was going to happen, so this had added up to her excitement. Further, Neliima talked about the moment when Shahid narrated about Mira to her for the first time, his cheeks were red, and he felt extremely shy. After meeting Mira, she was stunned to learn that Mira is 14 years younger than Shahid. She had said:

“When I met Mira, the first thing I thought to myself is ‘Arre yeh toh itni choti si hai, itni pyari si hai, itni frail si hai, yeh toh bachchi hai’ I was very excited to see her because I already knew about her. I knew that the marriage is going to take place and she was the chosen girl. Shahid was very shy when he told me. He wasn’t sure how I’d react because I had never met her.” 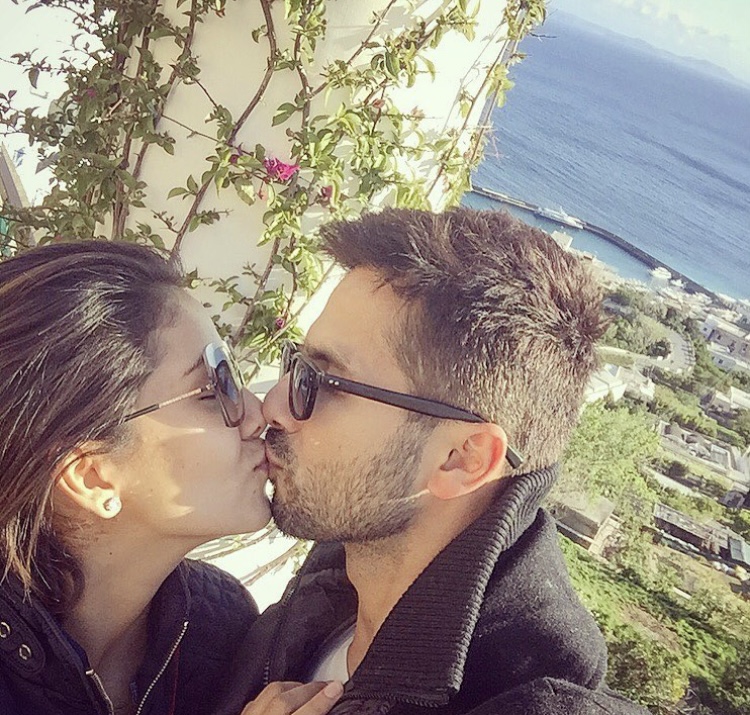 Further, in the same interview, Neliima revealed why she loves Mira so much. She said that her bahu handles things with simplicity and, unlike them, does not indulge in unwanted drama. In her words:

“She doesn’t make too much out of anything. She is the most undramatic person I have seen and because we are a family of artists, we are all dramatic.” 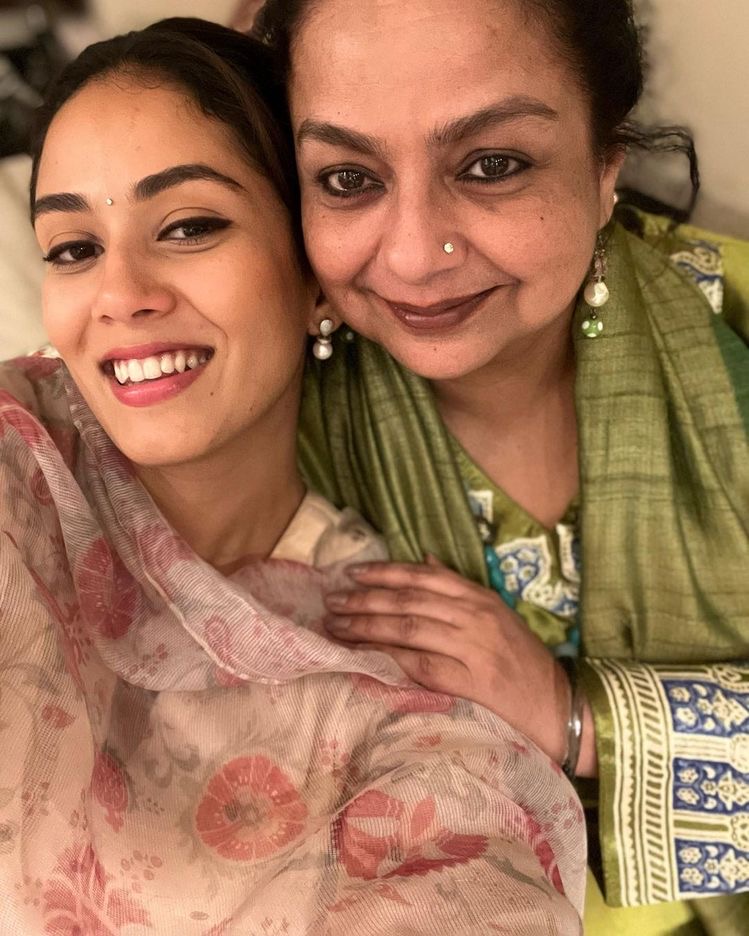 Mira Rajput and Shahid Kapoor had tied the knot in 2015 in a lavish wedding ceremony. Donning an Anamika Khanna designer lehenga on her D-day, Mira looked like a regal princess. In an old interview with ETimes, Neliima had shared why she relates to Mira on a personal note. Just like her, Mira got married at an early age and became a mommy of two before she could turn 30. Talking about the same, Neliima had said:

“Meera was so young when she got married. She had just completed college. She was in Delhi, having fun, carefree and how young people are and then she took on the mantle of being a wife to such a successful actor." Not only this! Even after belonging to a different field, Mira shaped her personality with grace and met with Shahid’s industry friends without any awkwardness. From doing ramp walks, and public interviews to glamorous photoshoots, the star wife has become one of the favourite influencers of the millennials. And she is the only person who makes Shahid smile unconditionally like a baby and keeps the Kapoor family united. Neliima could be quoted as saying:

"Becoming who she had to be in our film industry also as a public person, talking to the people and carrying herself in a certain way. More than anything else, she has given that happiness to Shahid. For me, she has won my heart for this.” 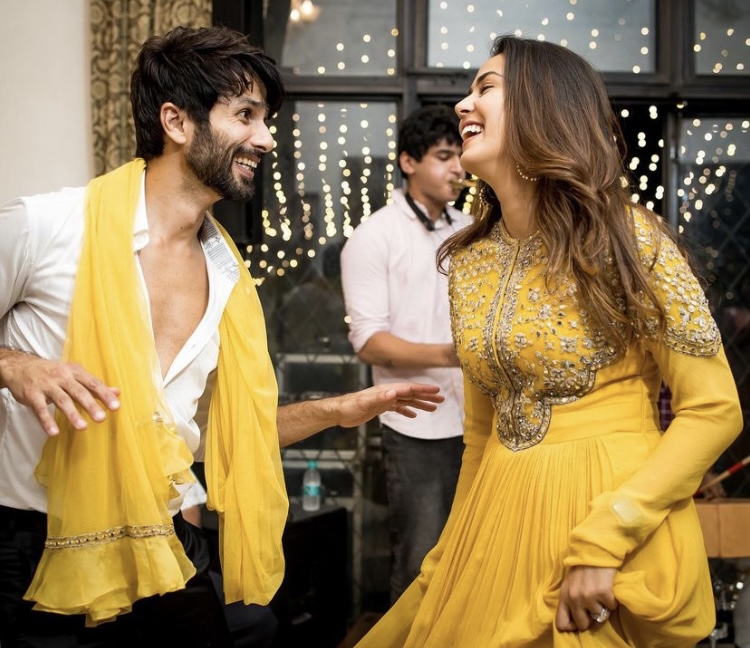 We love Mira Rajput and her saasu maa, Neliima Azeem’s bond! What about you? Let us know!

Next Read: 5 Actresses Who Played Lover And Mother To The Same Actor, From Sridevi To Sharmila Tagore