7 Times B-Town Celebs Trolled Their Exes On 'Koffee With Karan': Ranbir-Deepika To Kareena-Shahid

7 Times B-Town Celebs Trolled Their Exes On 'Koffee With Karan': Ranbir-Deepika To Kareena-Shahid

Here's a list of celebrities who had indirectly commented on their ex-lovers and trolled them for something or the other on the couch of 'Koffee With Karan'. Check out!

The celebrity chat show, Koffee With Karan is known for its piping-hot controversies and sexist remarks. With every season, the show only becomes more juicy and exciting to watch. From saucy gossip to inside news about celebrities, Bollywood buffs always look up to Koffee With Karan’s latest episodes for the scoop. The director-producer, Karan Johar, shares a warm bond with many A-lister actors. And while taking fair advantage of their friendship, Karan often roasts the stars and asks them insanely awkward questions about their dating life on national television.

This is the reason why his show is getting skyrocketing TRP with every new season. However, not only the host Karan, but many times, the celebrity guests on the show have taken a dig at their exes and sparked a debate. Here’s a list of superstars of Bollywood, from Deepika Padukone-Ranbir Kapoor to Kareena Kapoor Khan-Shahid Kapoor, who took a dig at their exes on the couch of Koffee With Karan and left their fans in splits. Check out!

Recommended Read: Alia Bhatt, Neha Dhupia And Other Actresses Who Announced Pregnancies Within Months Of Their Wedding 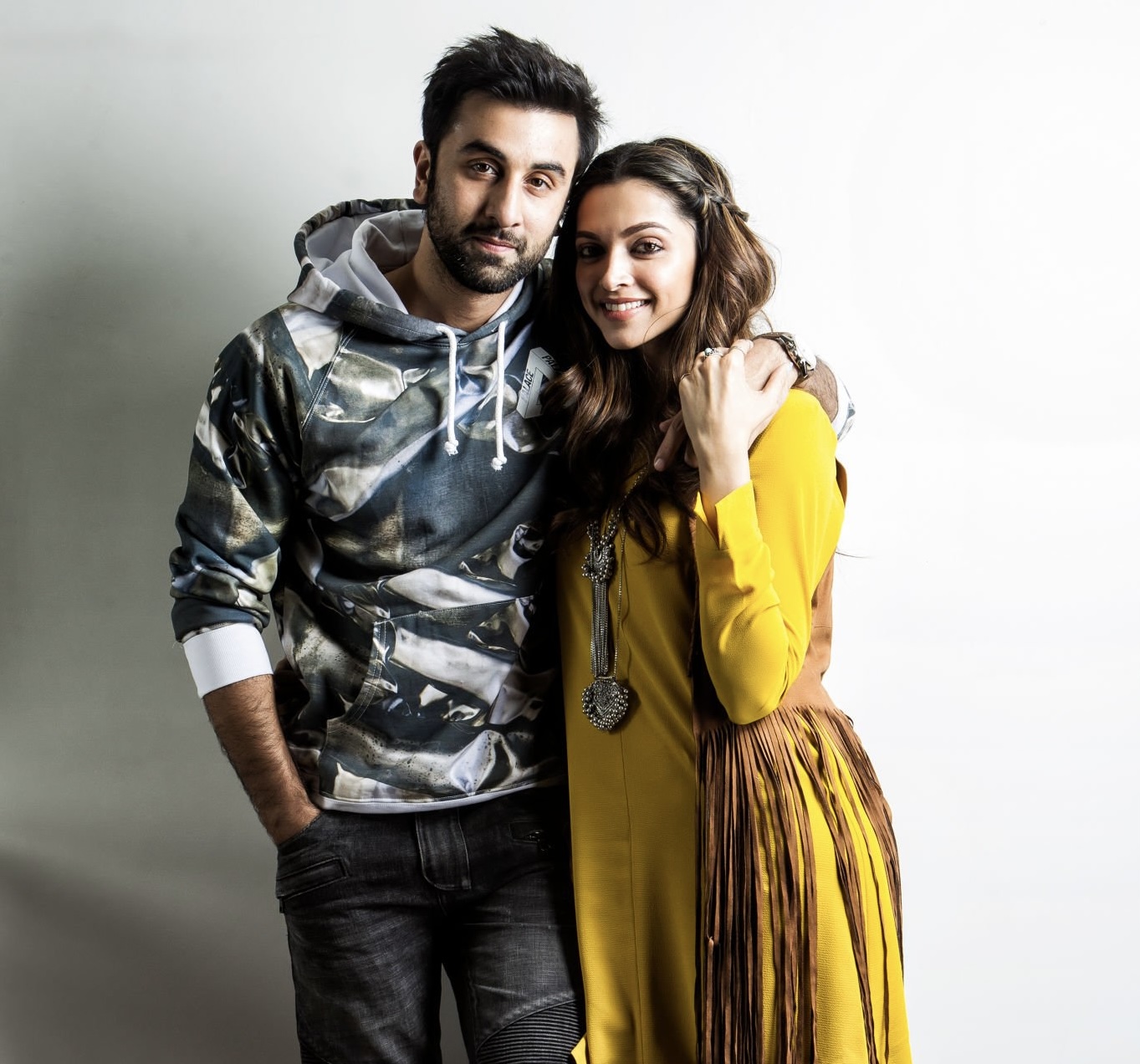 Deepika Padukone and Ranbir Kapoor were the ‘it’ couple of Bollywood. Their relationship was second to none, and they had given major couple goals during their dating phase in 2008. However, Deepika caught Ranbir red-handed as he was cheating on her. After their breakup, Deepika replaced the tattoo from her neck, which had borne the initials of Ranbir Kapoor. 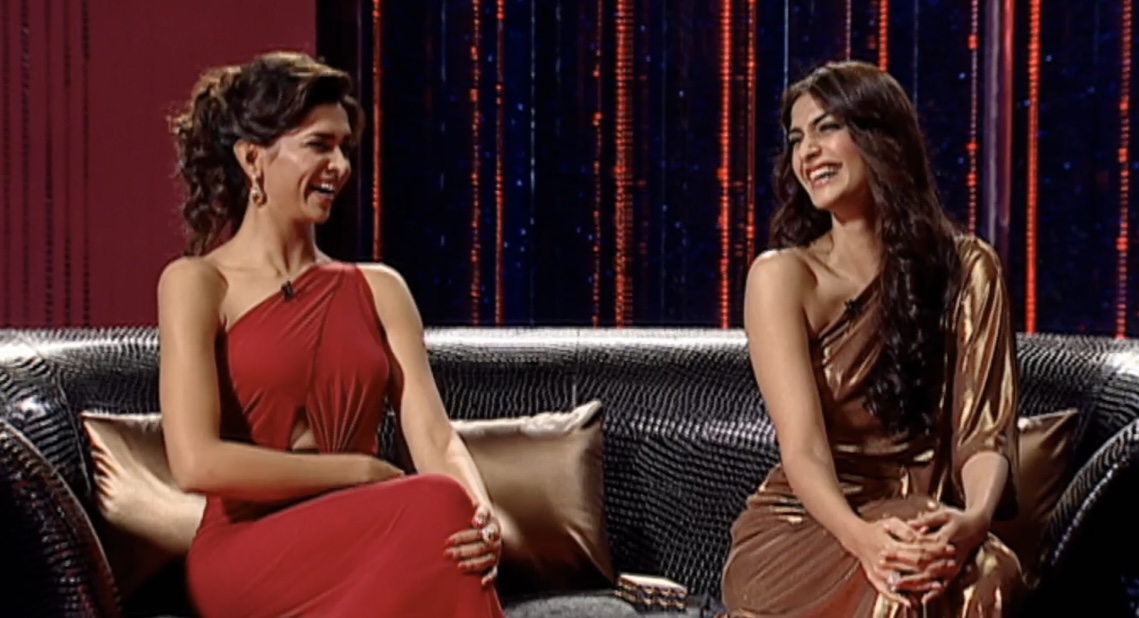 In season 3 of Koffee With Karan, Deepika graced the show with Ranbir’s ex-girlfriend, Sonam Kapoor. They both made some bold statements about their mutual ex-boyfriend, Ranbir Kapoor and created quite a stir in the media. When Karan asked Deepika the one brand, that Ranbir should endorse, the actress said, “endorse a condom brand,” and frozen. She had also added that Ranbir needed to work on his boyfriend skills. In her words:

“He’s a wonderful friend to have. I think he needs to work on his boyfriend skills a bit.”

#2. When Shahid Kapoor took a dig at his ex-girlfriend, Priyanka Chopra and compared her with Kareena Kapoor Khan 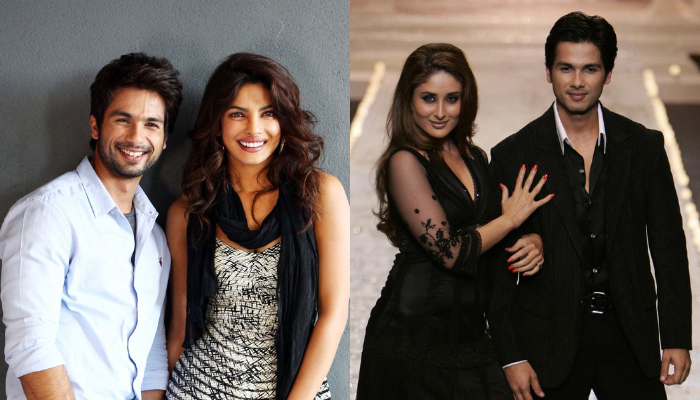 Priyanka Chopra Jonas and Shahid Kapoor had fallen head over heels in love on the shooting sets of Kaminey. Though PeeCee has never accepted her relationship with Shahid in public, the latter had once agreed that they were involved in a romantic affair for 2 years.

In an episode of Koffee With Karan, Shahid appeared on the show with his stepbrother, Ishaan Khattar. And during the rapid-fire round, Karan quizzed Shahid into picking the name of one leading lady of Bollywood between Priyanka Chopra Jonas and Kareena Kapoor Khan, who is more talented. To which, Shahid had chosen Kareena as the talented one, while he called PeeCee a hard worker. For the unversed, Shahid and Kareena were also dating until they had broken up on the sets of Jab We Met.

#3. When Katrina Kaif was asked about her ex-beau, Salman Khan, she gave a witty reply Salman Khan launched Katrina Kaif into the Hindi film industry. Since then, the duo was rumoured to have a romantic relationship. They had started dating in 2005 until Katrina’s alleged cheating on Salman with Ranbir Kapoor in 2010.

In an episode of Koffee With Karan, Katrina was asked what her ex-boyfriend, Salman Khan, would be called if he were a dish. Answering this, Katrina gave a shockingly sassy reply and said, “It’s tricky”, hinting that he is a mix of many things. Hearing this, the show's guests, Anushka Sharma and Arjun Kapoor, went for a meltdown. Both Ranbir Kapoor and Sonam Kapoor made their Bollywood debut with Sanjay Leela Bhansali's film, Saawariya (2007). Initially, the two were quite close, and there were even rumours about an affair brewing between the two. However, after Saawariya had hit the screens and was declared a flop at the box office, rumours of a fling between the two had apparently died. Things seemed somewhat uneasy between Ranbir and Sonam. In 2010, Sonam had taken several potshots at Ranbir during Karan Johar's chat show. In one of the episodes, she famously said that Ranbir is not sexy and he needs a stylist. Sonam could be quoted as saying:

"Ranbir isn't sexy unless he strips. He needs a stylist."

#5. When Sonam Kapoor sympathised with Ranbir Kapoor’s ex-girlfriend, Deepika Padukone, for sticking around him for so long Sonam sympathised with Deepika Padukone, Ranbir's ex, for "hanging on" to him for so long. The Neerja actress had said that she knew Ranbir all her life, but as a boyfriend, she was not sure about him. In her words:

"Ranbir is a great friend. But I don't know if he's a great boyfriend. Honestly speaking. He's a really nice guy, he's got family values, he's really respectful. I've known Ranbir all my life but as a boyfriend, I don't know she did a great job at hanging on to him for so long." Sonam Kapoor did it quite savagely when it came to taking a dig at her ex-lover. In another exciting episode of Koffee With Karan, she unapologetically asked why girls are drooling over Ranbir as he is a “Mama’s Boy”. She revealed that his mother, Neetu Kapoor cuts his toenails for him. Sonam had stated:

"Are girls drooling over Ranbir? He isn't sexy at all. Ranbir is a mama's boy; his mother cuts his toenails for him!"

Though Ranbir had avoided Sonam's burns, in a later chat show, he called Sonam, "a drama queen". 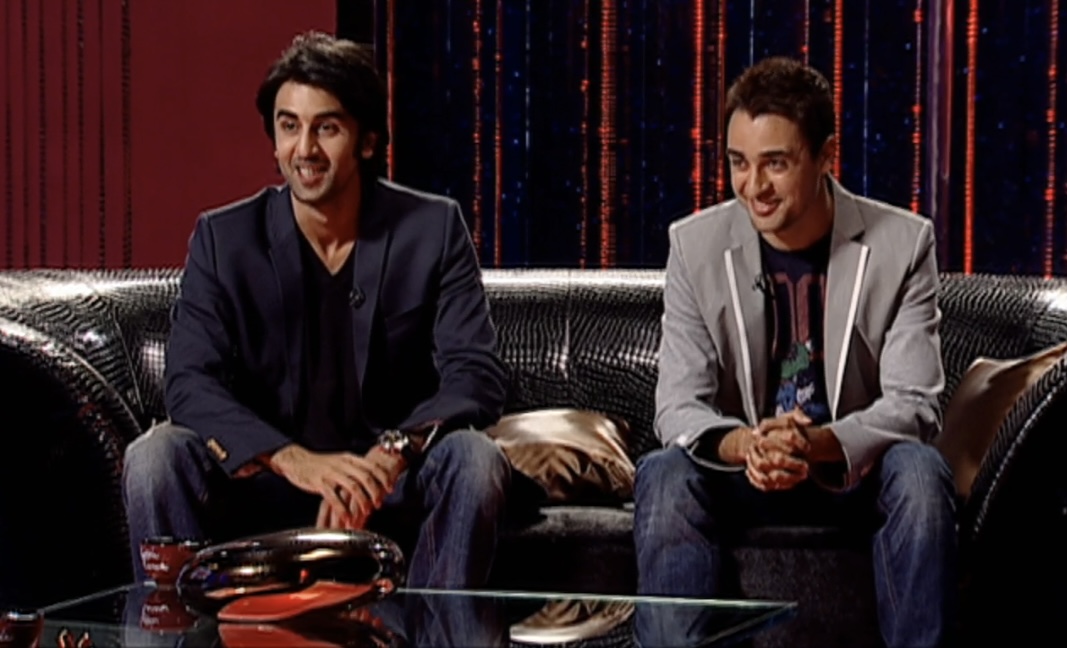 Even though Sonam Kapoor had kept on making nasty statements about Ranbir in several interactions with the media, Ranbir Kapoor refrained from reacting to the same. But on the couch of Koffee With Karan, Ranbir was asked to mark female actresses based on their sex appeal. To this, Ranbir, who had graced the show with Imran Khan, ranked Sonam Kapoor the “least sexy” on the list. While Ranbir said she is not sexy, Imran made an excuse by calling her a “classic beauty”. Koffee With Karan has been one of the most loved chat shows of Indians, and it continues to be so. Fans wait for every new season with bated breath as new celeb secrets unfold. Well, what do you think about the celebs’ savage remarks on their ex-partners? Let us know!