5 Actresses Who Played Lover And Mother To The Same Actor, From Sridevi To Sharmila Tagore

5 Actresses Who Played Lover And Mother To The Same Actor, From Sridevi To Sharmila Tagore

Bollywood never fails to surprise us with its typical stereotypes and wrong casting. Here's a list of five female actresses, who played wife and mother to the same actor. Check out!

Bollywood is famously home to many masterpiece movies, which would make us proud of Indian cinema. However, one thing that Bollywood has not got right yet is the stereotypes, casual racism and sexism. While female actresses are provided with the roles of mothers and aunts as they age, there are still some male actors, who continue to romance actresses of half their age on screen.

From Sridevi to Sharmila Tagore, there are many actresses who have played the character of a lover and a mother of the same actors, which would make us pause and think of the stereotypes of Indian filmmakers. So, without any further ado, let us dive into the list. Amitabh Bachchan needs no introduction. Known as the ‘angry young man’ of his generation, the actor has grown old like fine wine. Yet, even in his 70s, Amitabh charms us with his incredible acting and jaw-dropping aura. On the other hand, Sharmila Tagore was Bengal’s best gift to Hindi cinema. She was an exceptional actor, and her stunning looks had made sure no seat remained empty in cinema halls. 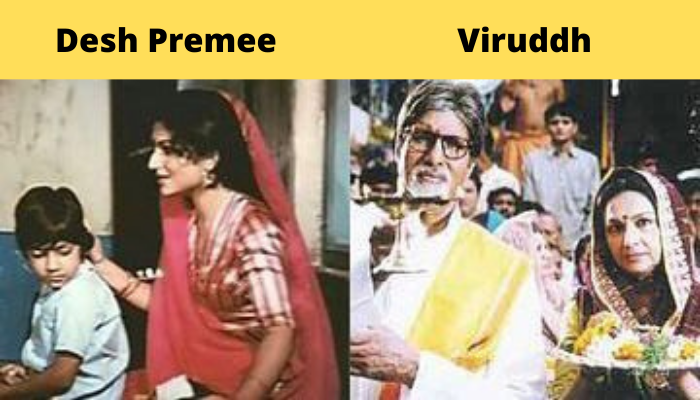 The duo had paired opposite each other as husband and wife only in the 2005 film, Viruddh, as by then, Amitabh had finally begun taking on ‘fatherly’ roles. Sharmila was 61-year-old, and Amitabh was 63-year-old. However, a few years back, the casting was the other way round as the same actress had played Amitabh’s mother in the 1982 film, Desh Premee. The 38-year-old Sharmila Tagore was displayed as 40-year-old Amitabh’s ailing mother. 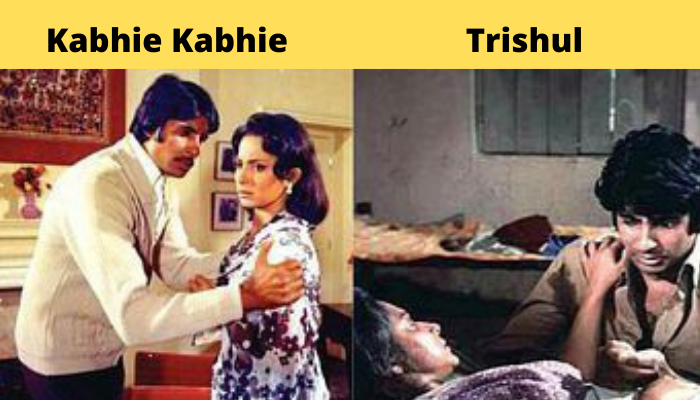 Iconic actress, Waheeda Rehman is known as Chaudhavi Ka Chand for her dazzling beauty and elegance. She is a dancing diva, who has also graced everyone with her minimalist yet significant fashion and her mettle in acting. She had played Amitabh Bachchan’s wife in the film, Kabhie Kabhie. But once she had turned 40 years old, Waheeda had stopped getting roles as a leading actress. Hence, she had played Amitabh’s mother in movies like Trishul (1978), Namak Halal (1982), and Coolie (1993). Nargis, who is popularly known for her award-winning movie, Mother India, is no more with us. The actress had left for her heavenly abode on May 3, 1981, after suffering from pancreatic cancer. In the movie, Mother India she had played the mother of Sunil Dutt and Rajendra Dutt despite being the same age as them, i.e 28. However, in 1958, she had tied the knot with Sunil Dutt and had become his loving wife. Together, they had welcomed three adorable children, Sanjay Dutt, Priya Dutt and Namrata Dutt. And finally, after six years of marital bliss, Sunil was cast opposite his wife, Nargis, and this time they had not played mother and son but husband and wife in the 1964 film, Yaadein. 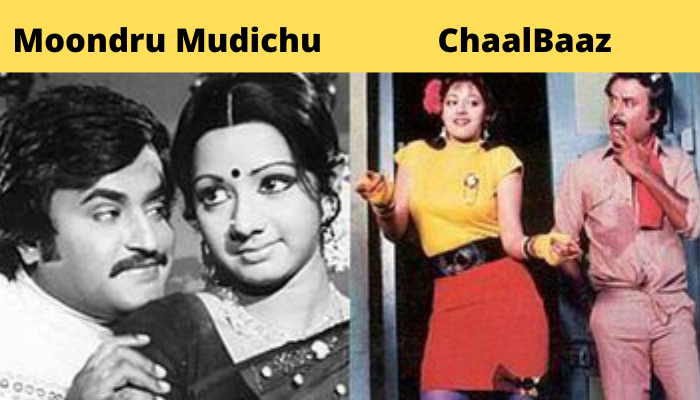 Rajnikanth hails from South India, but his superstardom knows no boundaries. The Robot actor enjoys a pan India fan following, and his style statements have turned trendsetters. On the other hand, the Hawa Hawai of B-town, late Sridevi’s charm has lit up the silver screens for decades. The two megastars had come together for the 1989 Bollywood film, ChaalBaaz, in which 39-year-old Rajnikanth was seen romancing 26-year-old Sridevi. However, this was not their first collaboration. The first one may leave you stunned because in the 1976 movie, Moondru Mudichu, a 13-year-old Sridevi had played 26-year-old Rajnikanth’s stepmother. Yes! You heard it right. This Tamil cinema’s shocking casting had everyone talking. 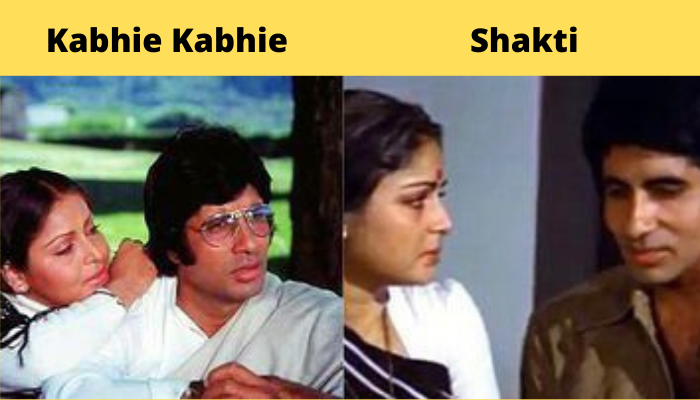 The Sholay actor has given us many memorable movies to binge-watch. In the 90s, Amitabh was easily paired with the leading actresses of that time because of his stardom and popularity. The diva, Rakhee Gulzar and Amitabh Bachchan had set the screens on fire when they had played lovers in the 1976 romantic flick, Kabhie Kabhie. Rakhi was 29-year-old, and Amitabh was 34. Nothing seemed wrong until the 1982 film, Shakti, had cast Rakhi opposite Amitabh, but this time not as a lover but as a mother. It was very awkward for their millions of fans to watch the 35-year old Rakhi playing mommy of 40-year-old, Amitabh Bachchan.

Well, these were the five actresses, who had to play wives and mothers to the same male counterparts in different movies. Which pair shocked you the most? Let us know!