The day is not very far, when Anushka Sharma and Virat Kohli’s relationship will be a synonym of the term ‘goal’! This couple is an exemplar of how a relationship should be maintained, how two people in love should support each other’s professional needs and yet cull out time for one another. (Do Read: Virat Kohli Dedicates His Century To Wifey Anushka Sharma, Kisses The Wedding Ring)

While it was mostly speculated and rumoured, Virat Kohli and Anushka Sharma surprised all fans by posting a picture of their marriage with a beautiful caption, as a means of announcing their wedlock to the world (December 11, 2018). Posting a picture, the couple wrote, “Today we have promised each other to be bound in love forever. We are truly blessed to share the news with you. This beautiful day will be made more special with the love and support of our family of fans & well-wishers. Thank you for being such an important part of our journey.”

Virat Kohli Shares A Workout Video With Wifey Anushka, We Can Hear Her Calling Him 'Rubbish' In It 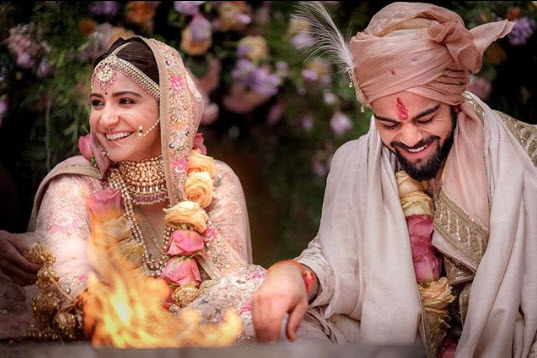 And since then, their social media PDA and delightful acts for each other have made us learn a 100 relationship tips from them! And Virat is always open about how in awe, is he of his wife. In the Test Series being held against England, Virat Kohli scored a whopping hundred and wifey Anushka was also present to cheer and support her hubby. After a mammoth hit, Anushka blew a kiss to her hubby from the gallery and Virat replied back by swinging his bat in the air and blowing a kiss back! Checkout the video here:

Isn’t Virat Kohli the kind of a husband every woman aspires to have? Earlier, after India’s win against South Africa in the Jan-Feb 2018 tour, Virat had said, “My wife has been keeping me motivated throughout, she deserves a lot of credit for this. She has been criticized a lot in the past, but she is one person who has kept me going throughout this tour and when times have been tough and I am really grateful for that”. (Also Read: Virat Kohli 'Shames' Trollers For Creating Memes On Anuskha Sharma's Garbage Awareness Video)

Such a doting hubby Virat is! The couple who gyms together as and when, shared a glimpse of the same. In a recent video posted by Virat, he posted an ‘awwdorable’ video with an even ‘aww-er’ caption. The caption read as, “Training together makes it even better! @anushkasharma”. In the video, Virat is seen saying, “So guys doing another session of strength and mobility and look who I have with me. Working out like a boss. Having fun in the gym and she’s killing it- going on and on and on. She can do more cardio than me.” A blushing Anushka replies with a “Rubbish”. Check out the video in this article. 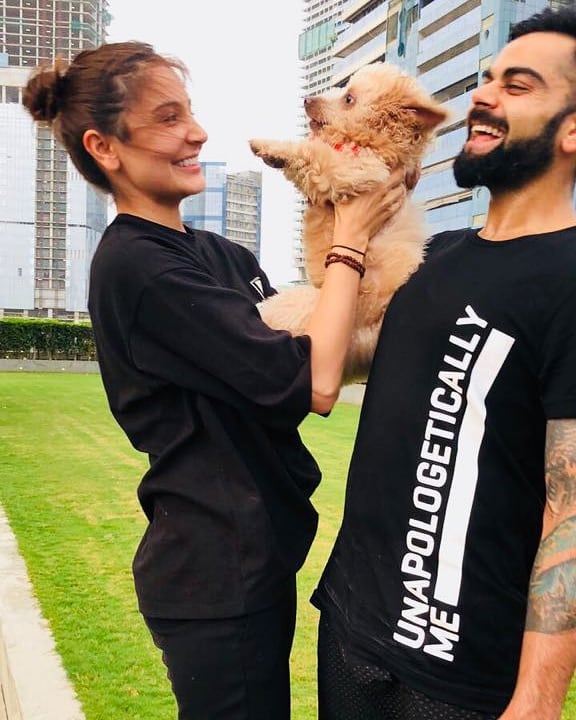 Anushka Sharma is all geared up for her much awaited September release, Sui Dhaaga, where she plays a housewife.  At the trailer launch of the film, Anushka spoke about how she felt upon leading a domestic life on the sets of the film. She shared, “Jitna main shaadi ke baad domesticated nahi hui hoon because main 15 saal ki umar she kaam kar rahi hun…I have gotten married and I continue to work but jo domestic nature mujhe Sharad ne diya, jo ek shaadi karke ghar main hone ka feel (laughs)”.

The Pari actress had further added that she doesn’t get to spend much time with her hubby, Virat Kohli. She stated, “I don’t even get to spend time with my husband but is film mein (I have got to) stay in that world, in the domestic setup…mujhe bahut hi ek acha gharelu atmosphere jeene ko mila.” (Don't Miss! Anushka Sharma Blew A Flying Kiss To Virat Kohli After He Won The Match. Check Video Inside!) 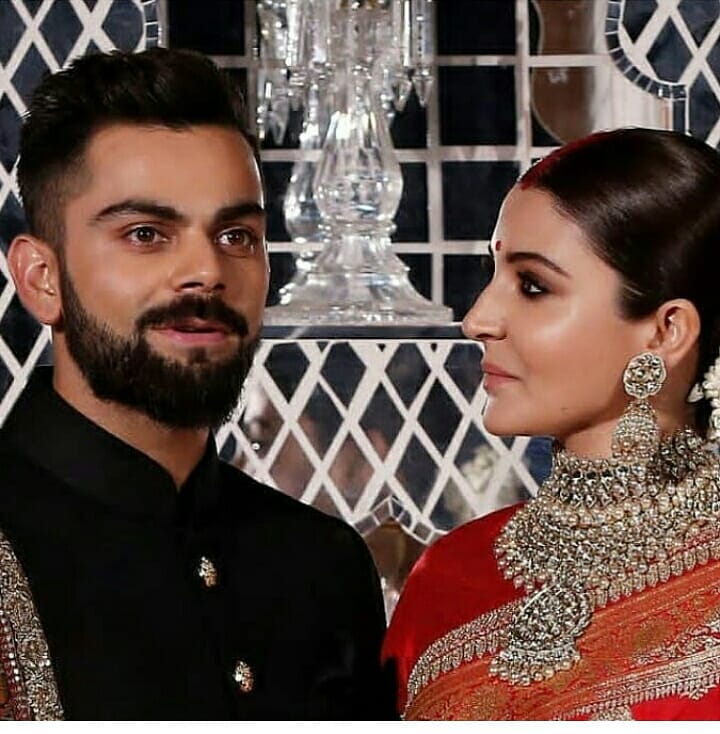 Virat and Anushka, you guys are a pair which is truly made in heaven! We wish you loads of happiness and love. Keep blowing more kisses to each other!