Once in an interview, Virat Kohli had revealed the reason behind his decision to return to play a cricket match hours after his father, Prem Kohli's death. Details inside!

Indian cricketer, Virat Kohli is one of the greatest batsmen in the game's history. He was born on November 5, 1988, in a Punjabi Hindu family to his parents, Prem Kohli and Saroj Kohli, in Delhi. The young boy from the capital was always destined to become one of the finest players ever to grace a cricketing ground. The reason behind it was his incredible potential at such a young age that left his school and academy coaches in awe of his talent. The cricketer had made his ODI debut back on August 18, 2008, against Sri Lanka in Dambulla, and the rest is history.

With so many national and international records to his name, Virat Kohli is undoubtedly one of the most decorated players in cricket history. Not only this, but Virat is also one of the most bankable cricketers in the world. It was in 2020 when he was ranked at 66th place in Forbes' list of the Top 100 highest-paid athletes in the world for 2020. Apart from his records and innings, Virat is also one of the most loved athletes in the country, courtesy of his core family values and humility, despite being an icon of the game. 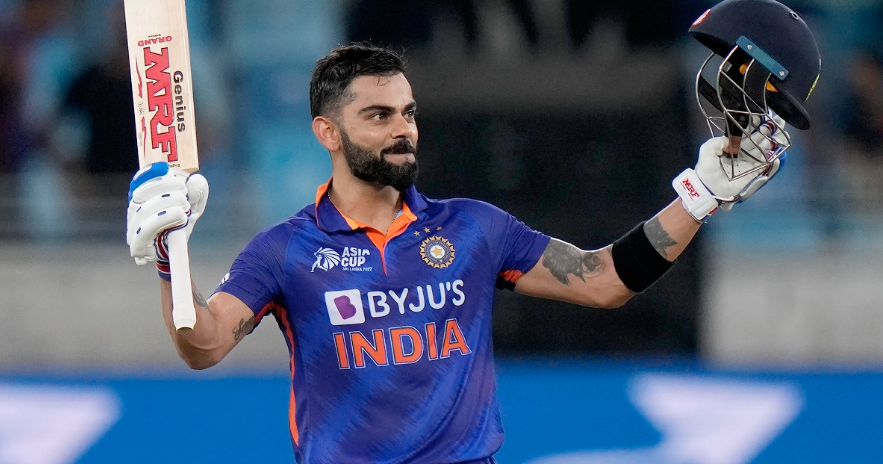 Once in a heart-to-heart conversation on Graham Bensinger's talk show, In Depth With Graham Bensinger, Indian cricketer, Virat Kohli opened up about his father, Prem Kohli's death. The cricketer recalled the incident when the unfortunate incident had happened and shared how heartbreaking it was for him to lose his father all of a sudden. Although it was one of the biggest losses of his life, Virat still called his coach and told him that he would like to participate in the match that was going to happen hours after his father's demise. Revealing the same, he had said:

"I was playing a four-day game at the time and was supposed to resume batting the next day when this (father passed) happened at 230 odd in the morning. We all woke up but had no idea what to do. I literally saw him breathe his last. We drove him to the hospital where unfortunately they could not help revive him. My family broke down but I could not cry and there was no emotion. I could not register what had happened and I was blank. I called my coach in the morning and told him what had happened and that I wanted to play because leaving a cricket match was not acceptable to me no matter what." In the same interview, Virat Kohli also explained the reason behind playing a cricket match hours after his father's demise. Reflecting on the same, the cricketer shared that the sole reason behind his decision to continue playing cricket was to honour his father's dream. The doting son revealed that his father had always told him to prioritise cricket and his dream to play for India above everything. The cricketer shared that although he had broken down in the dressing room, the incident made him strong for the rest of his life. Revealing the same, he had stated:

"While my teammates were consoling me in the dressing room I got overwhelmed by the emotion and broke down. Now I feel like it was the most impactful thing to have happened in my life. I came back from the game for the last rites and promised my brother that I will play for India. My father was keen that I play for India and that was when everything in life became second priority. Cricket became the first priority." At the end of the interview, Virat Kohli admitted that at such a hard time, his family and close friends supported him and helped him regain his concentration on the game. When the cricketer was asked to reveal the emotions he had felt after some time of his father's death. The doting son explained how the incident changed him completely. Crediting his loved ones for supporting him, Virat stated that it was a life-changing moment for him to continue playing cricket with focus even after his father's demise. He had retorted:

"Falling down and fighting back is part of sport and life, but the ability to comeback made me realise that one incident had made me so strong. The ability to comeback became so much more stronger and right now I feel grateful that I could get the kind of strength from such a difficult point in life."

When Virat Kohli's father left for his heavenly abode, the cricketer was in immense trauma, and at that time, there was one man, who had played a crucial role in his life at that very moment. Once in an interview with a media portal, Virat had opened up about the same person and shared that it was the late politician, Arun Jaitely. Recalling how he had supported him in a special way, Virat had shared:

"I know Jaitley Ji as a person who came to my house and encouraged me when my father passed away. He also motivated me. So, I had a special connection with him. He was a very good person. So, it is a proud moment that both the things happened at the same time." For the unversed, when Virat Kohli played the match hours after his father's demise, the cricketer had scored a smashing 90 runs in the Ranji Trophy's group match against Karnataka from Delhi's side. It was an incredible feat that will continue to inspire aspiring cricketers for generations to come.