2017 had seen the union of two Bollywood-cricket jodi, Zaheer Khan and Sagarika Ghatge and Virat Kohli and Anushka Sharma. Former Indian pacer, Zaheer Khan had a court marriage with actress, Sagarika Ghatge on November 23, 2017, which was followed by a star-studded wedding reception. 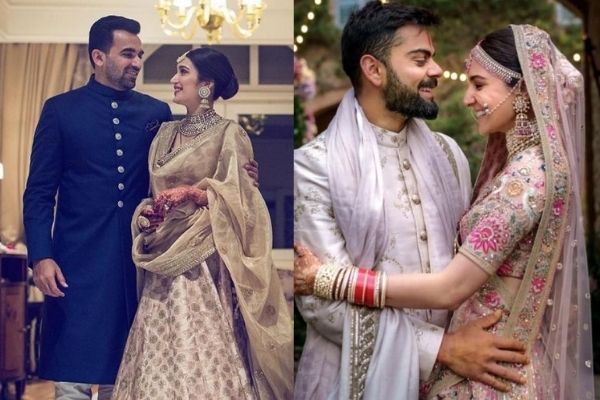 As Anushka Sharma and Virat Kohli have many fan pages, one of them posted beautiful moments of the couple from Zaheer Khan and Sagarika Ghatge’s wedding reception. In one of the pictures, Virat can be seen dancing holding Anushka’s dupatta as she smiled at his gesture, speaking volumes about their comfort with each other. In one picture, Zaheer and Virat can be seen dancing with a placard ‘He’s Next’ pointing towards Virat. Check out the pictures below: Zaheer Khan and Sagarika Ghatge had hosted a grand wedding reception on November 27, 2017, and Virat Kohli and Anushka Sharma’s chemistry had stolen the limelight. Virushka had danced the night away with their friends and their fun-filled presence could be felt in the pictures and videos circulated online. Earlier, we had got our hands on an unseen picture of Zaheer, Sagarika, Virat and Anushka from the reception and it had exuded royal vibes. 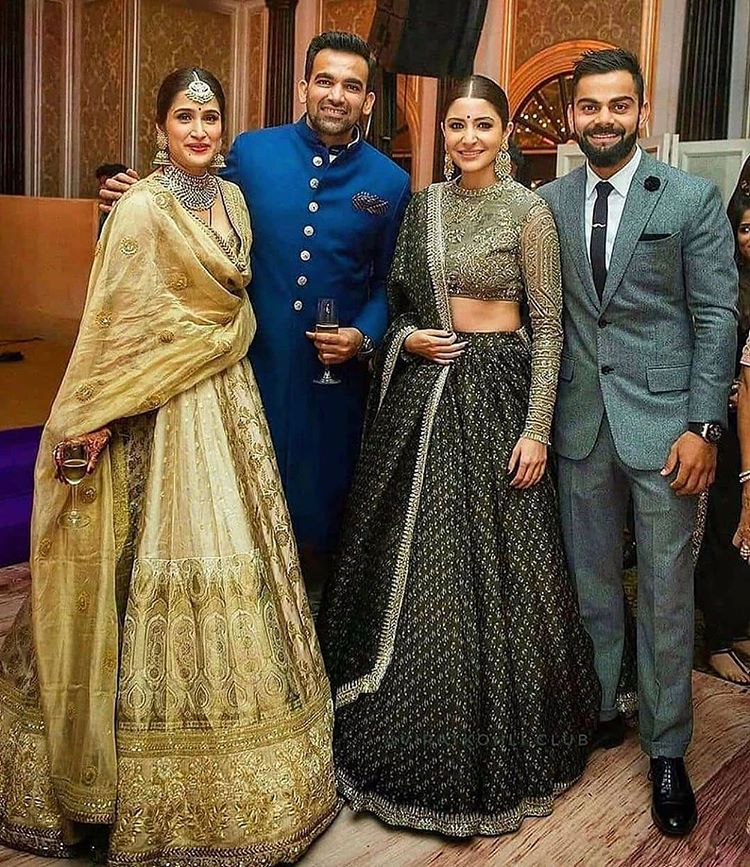 At a special screening of Anushka Sharma and Varun Dhawan’s film, Sui Dhaaga- Made In India in 2018, Virat Kohli, Sagarika Ghatge and Zaheer Khan were spotted cheering for the stars. While Anushka had looked gorgeous in a red dress, Virat was dressed in a casual outfit. Sagarika had congratulated Anushka for the film with a picture of the two couples and had written, “A movie that makes you laugh, cry and gives you hope to pursue your dreams. What a wonderful film #suidhaaga is to watch with stellar performances and great direction. Congratulations @anushkasharma @varundvn.” 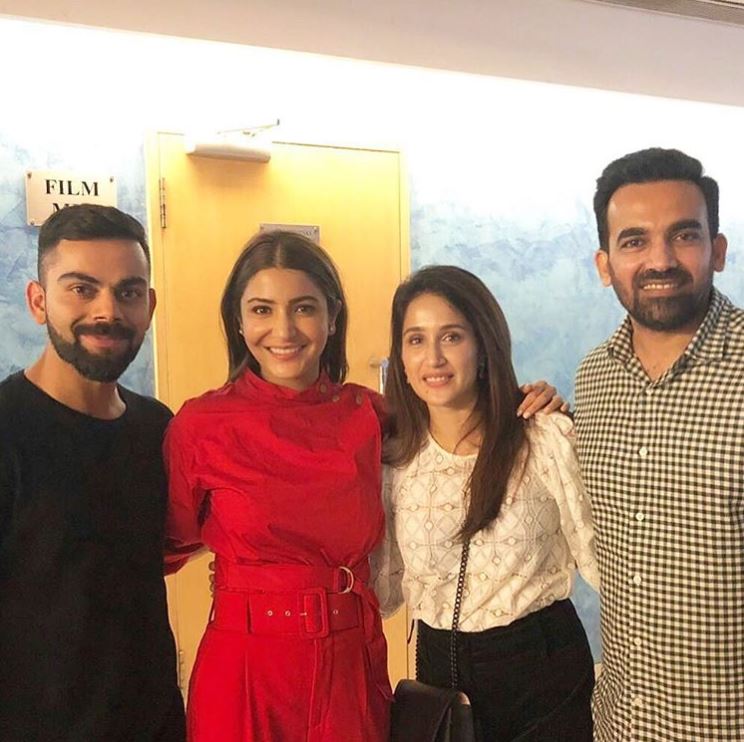 For the unversed, to announce her court marriage with Zaheer Khan, Sagarika Ghatge had posted the first pictures with the cricketer as husband and wife. She had written, “23.11.2017”. For their registered wedding, Sagarika had opted for a red saree and had accentuated her look with oxidized silver jewellery and green bangles. On the other hand, Zaheer had opted for a pink-coloured kurta. Virat Kohli and Anushka Sharma had tied the knot on December 11, 2017, and had announced it on their IG handles with two pictures. They had written, “Today we have promised each other to be bound in love for ever. We are truly blessed to share the news with you. This beautiful day will be made more special with the love and support of our family of fans & well wishers. Thank you for being such an important part of our journey.” 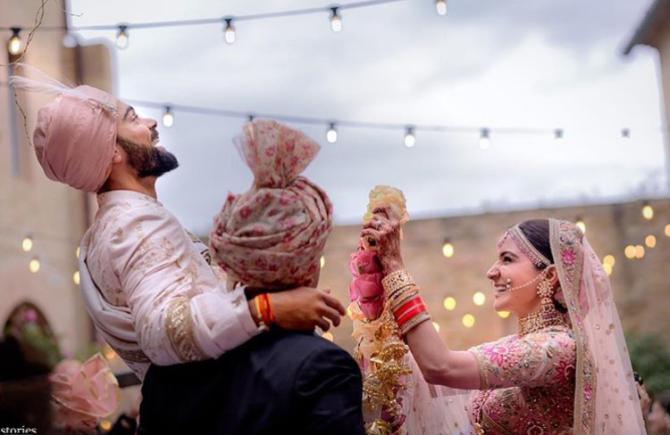 We wish the two couples, Virat Kohli-Anushka Sharma and Zaheer Khan-Sagarika Ghatge a lifetime of happiness!

NEXT READ: Virat Kohli And Anushka Sharma's Combined Net Worth, Own A 34 Crore Worth Sea-Facing Home In Mumbai 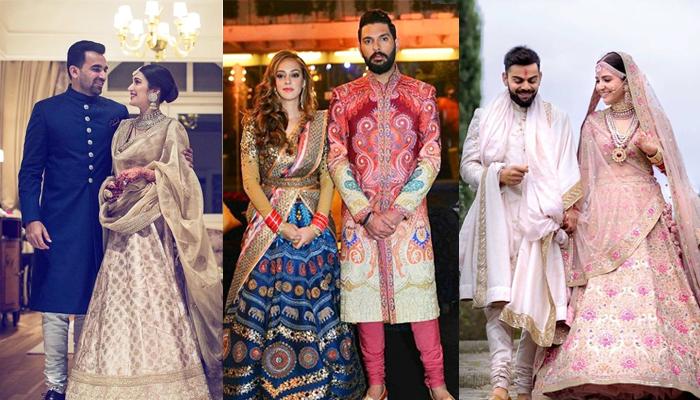 India is a country that is crazy about the Bollywood celebrities and cricketers. Cricket and Bollywood are two of the most glamorous professions in our nation and has a lot of charm on their fans. And when the two come together, it is almost sone pe suhaaga. Recommended Read: 7 Famous Bollywood Actresses Who