Every girl would agree when we say that our love for this tall, dark, and handsome, Vicky Kaushal knows no bound, courtesy his commendable acting prowess, charm and breakthrough performances in Raazi, Lust Stories, Sanju, Manmarziyaan and URI: The Surgical Strike. While Vicky’s professional life has hogged the limelight from quite some time now, his personal life has also been a piece of news all over. The ‘not-so-single-anymore’ Vicky Kaushal ‘was’ in a relationship with Harleen Sethi and he finally let the cat out of the bag when he answered “is he, isn’t he” question on Famously Filmfare. (Also Read: 16 Bollywood Couples Who Taught Us How To Remain Friends After Breakup Or Divorce)

Vicky Kaushal had spoken about his relationship with Harleen Sethi and shared that it “felt right from the very beginning”, but did you notice the usage of ‘past tense’ in the above paragraph? Yes, there is a piece of sad news for all Vicky Kaushal and Harleen Sethi fans. Just how, Vicky made his relationship with Harleen Insta-official when he posted a photo with Harleen with the caption, "High Sir! #URI" and shattered every girl’s heart into pieces, similarly their breakup was also Insta-official as they unfollowed each other on social media. Harleen has not only unfollowed Vicky on Instagram but reportedly, she has also liked several heartbreak posts. Vicky Kaushal and Harleen Sethi were captured on lunch dates quite several times, and it was soon followed by his first-ever revelation about his ‘not-so-rumoured-anymore’ girlfriend on Koffee With Karan season 6. When Karan Johar had asked Vicky if he is a ‘good boy’ or a ‘ladies’ man and also if he is in a relationship, Vicky revealed the same by simply nodding which indicated that he is in a relationship. When Karan probed Vicky to share more details about his relationship and whether it is a serious one, the Raazi star’s one-liner crisp reply said it all! He had stated, “Let's see what happens. It's new.” (Don't Miss: 'Manikarnika' Actress, Ankita Lokhande On How She Came Out Strongly Post Breakup With Sushant) 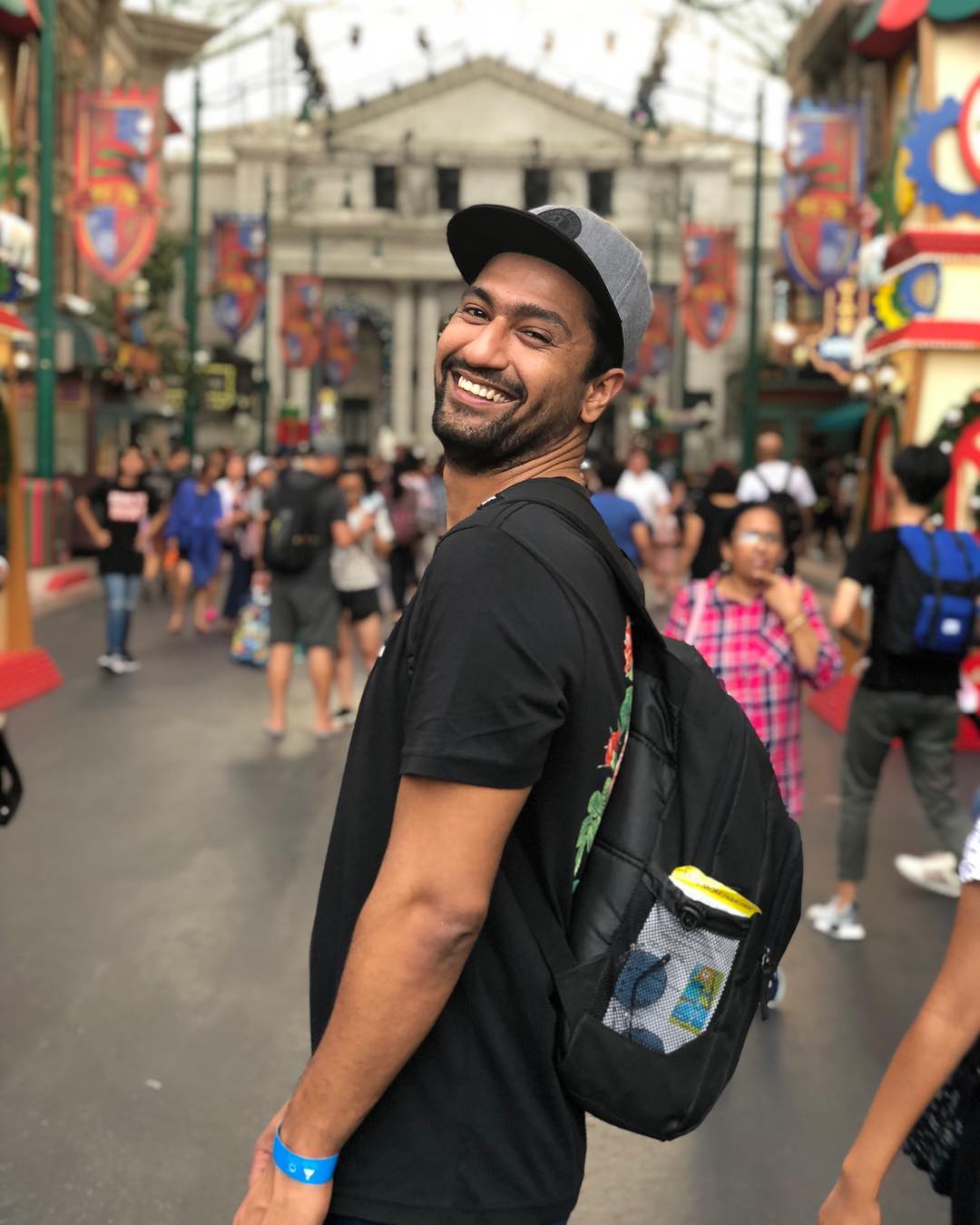 On Famously Filmfare hosted by its editor, Jitesh Pillai, Vicky Kaushal candidly spoke about how love brewed between him and Harleen Sethi. Vicky had said that everything started between them last year and they met through common friends. To Vicky, everything “felt right from the very beginning” and it was beautiful to know each other. Vicky added, “whatever happened, happened in a very organic way.” He revealed that they enjoy each other’s company and they are each other’s biggest critics. (Also Read: Despite Their Breakup, Parveen Babi Continued Visiting Danny Denzongpa In Front Of His Girlfriend) In a throwback interview with MensXP, Harleen Sethi had dropped every possible hint about her relationship with Vicky Kaushal and was quoted as saying, “We share a good bond, there is a kind of comfort level we have that is wonderful.” In yet another interview with SpotboyE, she had shared, “I just want to say that we share a very good comfort level. And we are getting to know each other. Par usse aage kuch nahi bolna chahungi main.” Sharing her idea of what love is, Harleen told Indian Express, "I believe love can happen twice, thrice and any number of times. It can also happen at any age." 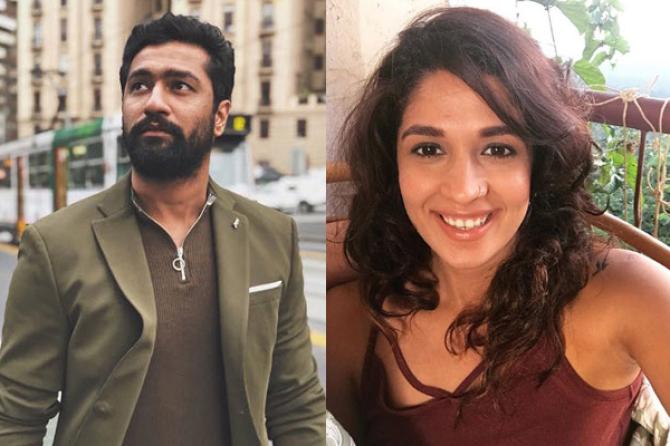 On January 11, 2019, a special screening for the film, Uri: The Surgical Strike was organised in Mumbai. From Ishaan Khatter, Bhagyashree, Radhika Madan, Abhishek Kapoor and wife Pragya, Saqib Saleem, Suniel Shetty, Siddharth Roy Kapur to the star cast of the film, Vicky Kaushal, Yami Gautam and Kriti Kulhari, attended the screening. Apart from them, Vicky’s family, including father and stuntman, Raj Kaushal, mother and brother, Vicky’s rumoured girlfriend, Harleen Sethi accompanied the star at the screening. (Also Checkout: After Kareena-Shahid's Breakup, Saif And Shahid Came Face-To-Face And This Is How They Reacted) 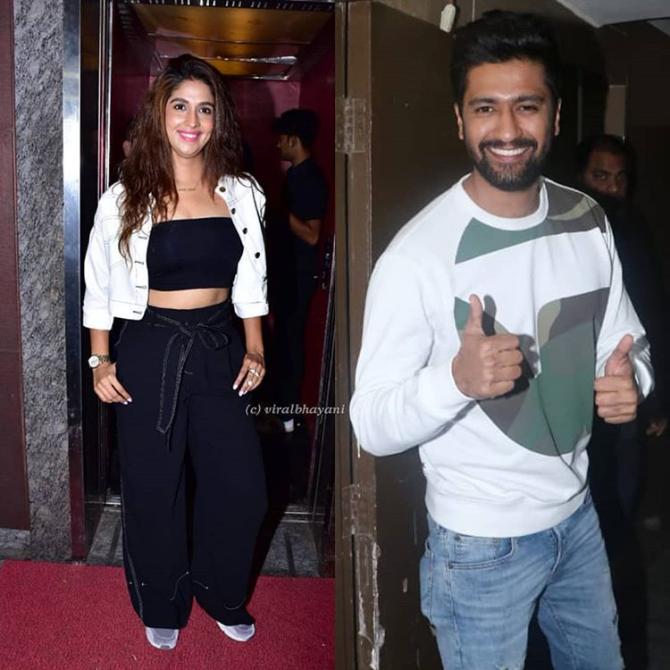 Years back, Vicky Kaushal had a bad breakup which compelled him to turn to a poet and in a chat show, the star had shared details on his love, life and breakup. Sharing his story of dealing up with breakup, Vicky had said, “I think it is the only time when I turned into a poet. Every break-up story is great, you start hearing sad songs. Chalo ek baar fir se hum ajnabeei banjaye...” Speaking about relationships, Vicky Kaushal had told The Indian Express, “I don’t believe in relationship of convenience, personally. I am an introvert, not that much now after getting into acting, but in a relationship sense. I believe in becoming friends first and in knowing each other. It is very old school way of getting into a relationship, even if it is a love at first sight. Relationship of convenience has never happened to me, so I cannot talk much about it. In the film, we have explored both – negative and positive side – of being in such a relationship.” (Also Read: Throwback Interview Of Arjun Kapoor Revealing That He Is The Toughest Person To Be With) 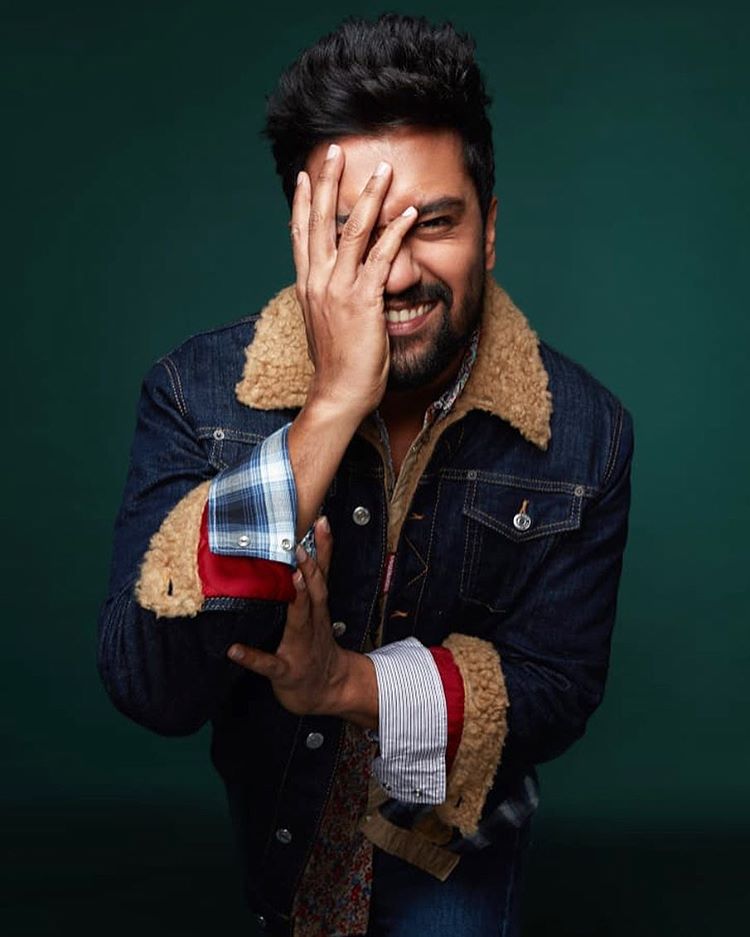 While we wonder what went wrong between Vicky and Harleen, let’s wait for them to make an official statement about the same.