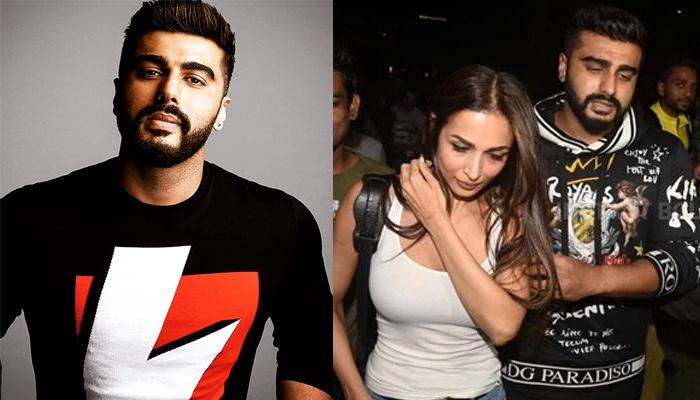 We fondly believe that age bar is no bar at all! And now fruitfully, Arjun Kapoor and his ‘not so rumoured anymore’ muse, Malaika Arora fall into this category. 33-year-old, Arjun and 45-year-old, Malaika have proved that age gap is never a hindrance if you want to be with someone and love them. Earlier, it only used to be about this couple’s relationship ‘rumours’, but of late, their wedding rumours have spread like wildfire among the masses. (Do Read: Kapil Sharma Shares Why He Got Rejected By Many Girls Before His Marriage, The Reason Is His Career)

So much so, that a DNA report contained details about a possible April 2019 wedding for Arjun Kapoor and Malaika Arora. The report stated, “Arjun and Malaika have told their teams to keep themselves free for the wedding. They want it to be an extremely private affair with only close friends and family, so the hair and make-up artistes and other members have been strictly asked not to share any information with anybody.” While the couple refuted any sort of marriage rumours, let us take you back in 2016 and share with you excerpts of Arjun Kapoor’s interesting views about marriage and relationship in a throwback interview.

One of a kind film that abolished all sorts of male and female stereotypes, Arjun Kapoor played the role of a house-husband opposite Kareena Kapoor Khan in Ki & Ka which garnered a lot of interest. In an interview with Filmfare post the release of their film (in 2016), Arjun had shared about the most damaging thing one can say to their wife, “They don’t realise housewives are artistes and fighters as well. They sacrifice their lives to make yours better. And when she asks you at night how was your day, you turn around and say tum ko kya pata, tum nahi samjhogi. That’s the most damaging thing you can say to your wife. People have to change their mindsets. Men love their wives. It’s just they don’t realise they say hurtful things at times. Or they just don’t say things they should. When you come home and see the food kept ready for you, just sms her in the morning appreciating her. That one message will go a long way to make her feel valued.”

Arjun Kapoor had also revealed that he completely depends on his sister, Anshula Kapoor to run their house and had revealed, “I don’t interfere. She [Anshula Kapoor] runs the house completely and my grandmother is aware of things too. But I do keep a check on certain things. If I see big bills, I check why they are so high. It’s not like I’m unaware. I don’t throw it on them and tell them do whatever you want. I check but I don’t poke my nose because it’s a well-oiled machinery. But it’s not like if tomorrow my wife asks me to check on things I won’t say no. Anyway, I don’t believe women expect men to do everything. It’s just that women want men to understand what they go through. They just need to be valued and not be taken for granted that they’re just sitting at home. She’s the homemaker. The problem with our mindset is that if you don’t have a visiting card or a designation, you don’t have a job.” (Must Read: Vivek Mushran Of Veere Di Wedding Admits Being Commitment-Phobic, Feels The Need To Have A Companion)

When Arjun Kapoor was asked if he ever would be a house-husband, he had replied, “I’m an ambitious person and that will never change. I hope when I get married, I’m able to balance my profession and my relationship. Where maybe once in a week I can do things, which she usually does and make her happy. If she’s also working and doing better than me, I can take a backseat. It all depends on the situation you share with your partner. If at that point my work is going well, I will tell her that I need to work more and make her understand. Ultimately, it’s all about meeting each other midway.”

Arjun Kapoor had further added, “But I don’t believe I can be a house-husband. It will drive me nuts. My wife/girlfriend will get fed up within three days and ask me to go out and work. Sometimes I wish I had gone to a boarding school or out of the country to study. That way I would’ve learnt to take care of myself and run the house. Today, my house wouldn’t run without my sister Anshula. (Laughs) Guests won’t even be served tea or coffee. I provide the stuff but she has to arrange for everything. Also, I don’t have a 9 to 5 job that I can come back home and check what needs to be done.”

Revealing his idea of a perfect relationship, Arjun Kapoor had stated, “I don’t know. If I did, I’d be in one right now. I don’t believe there’s a perfect relationship. We have to find someone who accepts us with our imperfections. I’m the toughest person to be with. I’m moody, temperamental and whimsical in the same degree as any other 30-year-old. But my profession gives me more stress than any other job. She will have to understand my time is not my time alone. If I say I will meet her at 9 pm for dinner and can’t make it till 11 pm it’s not because of me. I was stuck at the shoot because someone else delayed it. She will have to deal with everything that is written about me in the newspapers. It’s not going to be easy for her. She will also have to deal with me being a complete buffoon. She’ll have to bear with my jokes. I can be an absolute child at times. It’s selfish for me to say that she should understand everything about me. But we should just get each other.” (Next Read: Nihaar Pandya Wishes Lady-Love Neeti Mohan On Their One Month Wedding Anniversary, Video Inside)