In the latest video posted by Twinkle Khanna's channel, she revealed humorous incidents about her mother, Dimple Kapadia and her daughter, Nitara. Read on to know more!

Bollywood actress-turned-writer, Twinkle Khanna is known for her acting and witty skills. She is born to superstars, late Rajesh Khanna and Dimple Kapadia. Though she had made her acting debut in 1995 with the film, Barsaat, later, she had decided to leave acting and had begun writing. For the unversed, Mrs Funnybones is married to Bollywood actor, Akshay Kumar and they are parents to two lovely kids, Aarav and Nitara.

In addition, Twinkle Khanna never misses a chance to talk about her mother, Dimple Kapadia's impact on her life, who had single-handedly parented her and her sister, Rinke Khanna. Being an avid social media enthusiast, Twinkle often shares glimpses with her mother. For instance, on February 26, 2022, Twinkle had taken to her IG handle and had shared a priceless video of her mother and her daughter, wherein the duo could be seen indulging in a fun conversation with each other while walking in a park. The video had spoken volumes about their friendly bond. Along with this clip, Twinkle penned:

"The two most important women in my life are walking together with an ease that I envy. With grandmothers and granddaughters, the generational gap is wide enough so that both can stretch out their arms without smacking the other in the face. Nanis are simply the best though, aren't they?"

Recommended Read: Pregger, Sonam Kapoor's Babymoon In Italy With Her Hubby, Anand Ahuja Is All About Scrumptious Meals

In a candid conversation with the Rajmata Padmini Devi for Twinkle Khanna's YouTube channel, Tweak India, the actress-turned-writer talked about several topics. It included topics such as how Mahatma Gandhi's death was acknowledged at the Rajmata’s wedding, the partition, Rajmata's childhood and many more. Twinkle also recalled hilarious stories about her mother, Dimple Kapadia and daughter, Nitara Kumar. At first, Twinkle mentioned that once, Dimple had narrated a hilarious incident of seeing a ghost in a palace, to her. Asking Padmini Devi about the same, the doting daughter mentioned:

“I remember mom telling me once that she’d come to the palace to spend the night. She had this experience where she was lying down, and there was a woman sitting by her bedside, and she had a whole conversation with her. Then she realised it was an entity. Have you seen ghosts in this palace?” 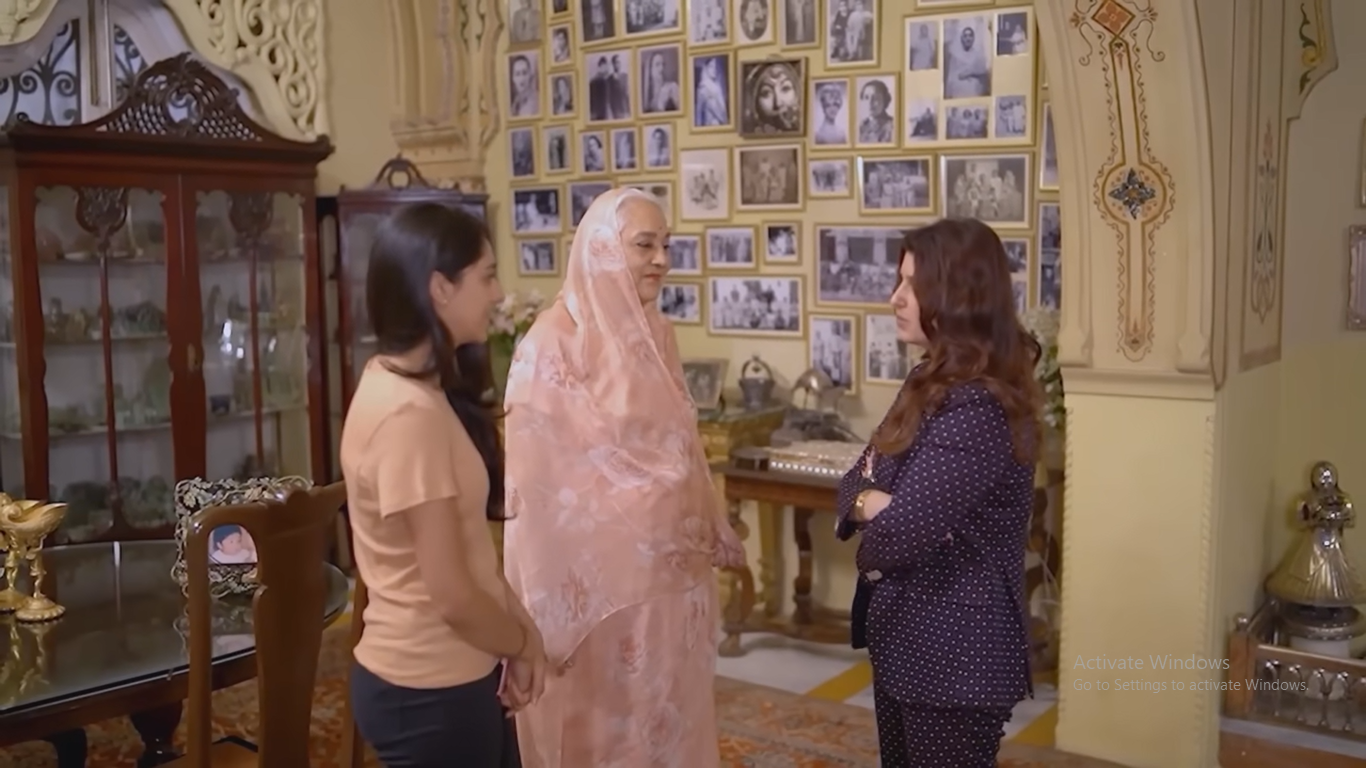 In reply to this, Rajmata Padmini Devi totally disagreed with Twinkle Khanna and she further narrated a conversation between her and the actress-turned-writer's mother, Dimple Kapadia. Padmini Devi mentioned that while Dimple was shooting for a ghost film, the former had once also cited an example that the latter could end up seeing a ghost sitting next to her. Talking about the same, Padmini Devi answered:

“Not at all. Your mother, I think psyched herself, because she was shooting for a film in which she was a ghost. I told her, I said, ‘Listen, you are shooting all day as a ghost. And therefore, at night, I’m sure you woke up and thought there was somebody else there with you.' This has never happened, really. Nobody has ever said… 'She said that spirits and ghosts are ‘all over the world’.” “My daughter once asked me, ‘You keep saying God is everywhere. He’s in the house, on the sofa, in the plate… So then, when I’m doing potty, am I doing potty on God?’ I didn’t have an answer.”

Well, we love Dimple and Nitara's humorous incident. What about you? Let us know.

Also Read: Masaba Gupta On Worst Dating Incidents, From Getting Ghosted To Being Judged For Eating 'Muh Khol K' 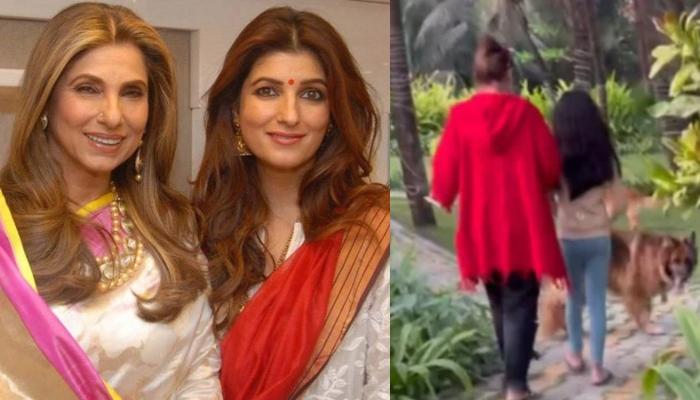 The sacred, unique and emotional relationship between a mother and her daughter is special, beyond bounds and one that can never fade away with time and distance. One such bond is shared by Bollywood actress-turned-writer, Twinkle Khanna with her mother and veteran actress, Dimple Kapadia. The two never miss a