Pranitha Subhash shared a series of pictures donning a black body-hugging dress. In addition, she flaunted her full-grown baby bump and wrote about the pregnancy's hardships. Check out!

South Indian actress, Pranitha Subhash is enjoying every moment of her pregnancy phase, and glimpses of the same are found on her social media handle. For the unversed, Pranitha had tied the knot with the love of her life, Nithin Raju on May 30, 2021. And it was on April 11, 2022, when the actress had taken to her IG handle and had shared a series of pictures with Nithin to announce their 'good news'. In the pictures, Pranitha was seen hugging her hubby closely as he had lifted her in his arms while giving a glimpse of her uterus' ultra-sound scans carrying their little one inside her baby bump.

Since then, Pranitha Subhash has been delighting her fans with cutesy glimpses from her new journey. For instance, on May 31, 2022, she had taken to her IG handle and had shared two pictures showing off her bare baby bump. In the pictures, the mommy-to-be could be seen donning a black-coloured two-piece swimsuit as she had posed in a jacuzzi. Sharing the photos, she had captioned them with a casting evil eye emoji. 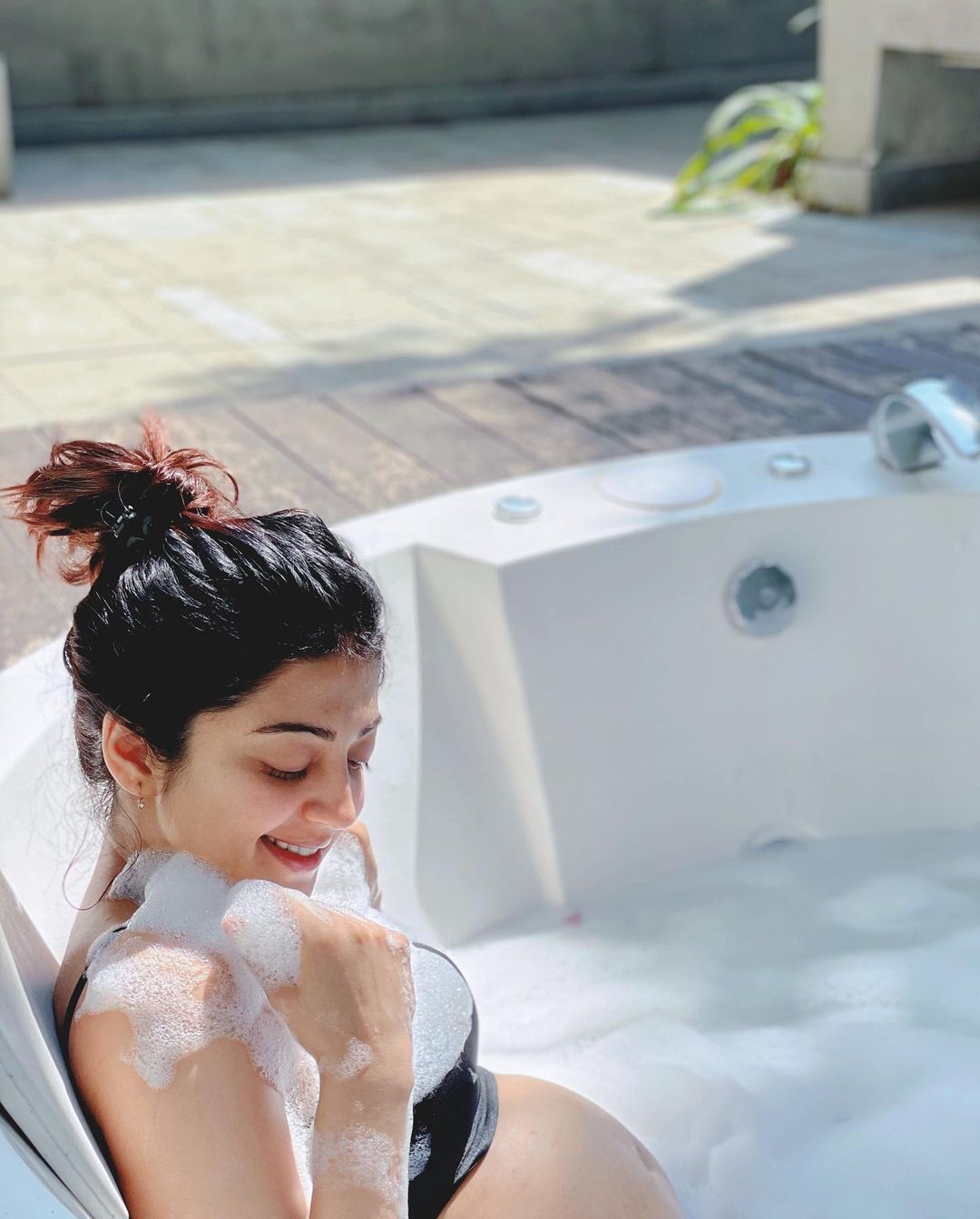 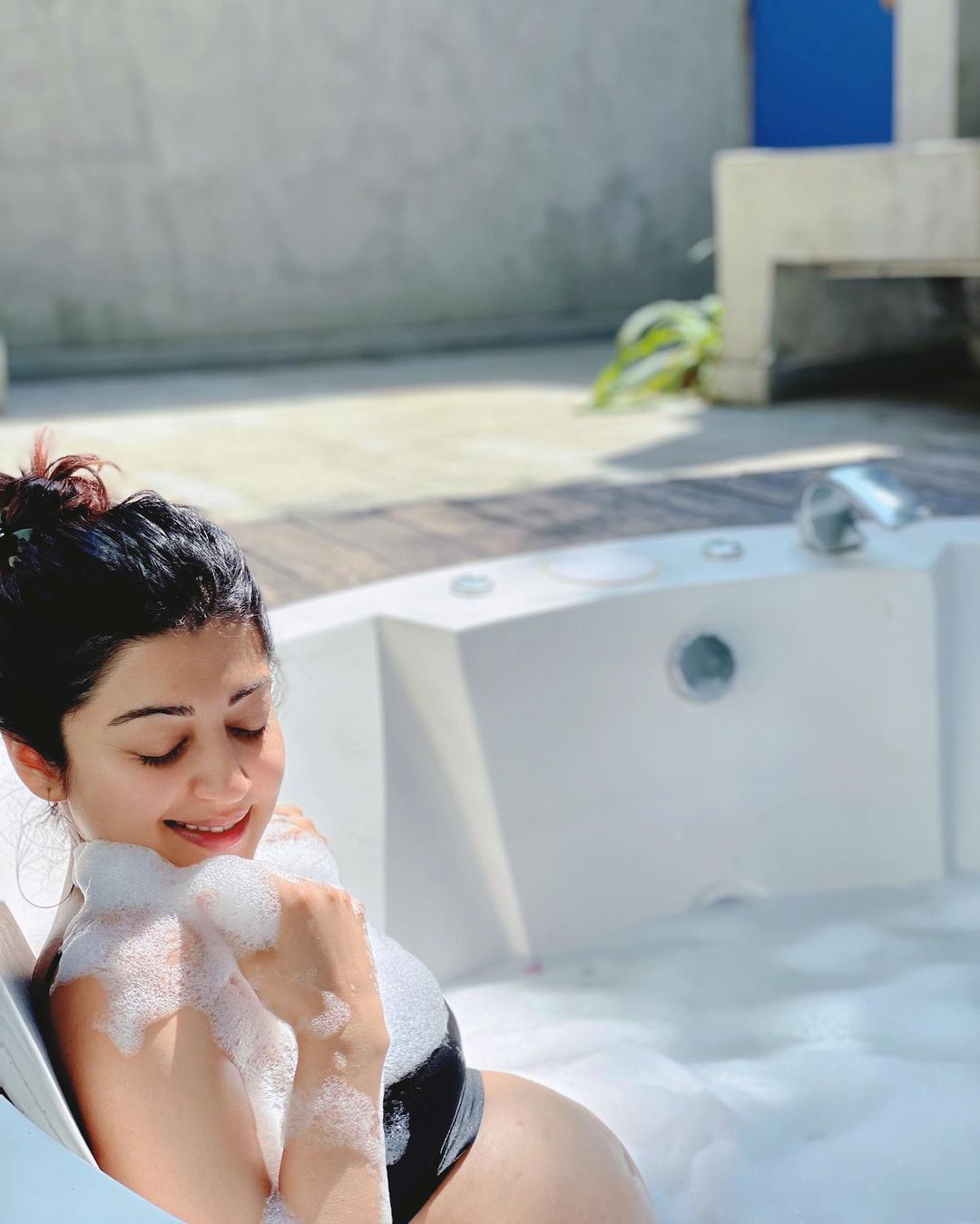 A few hours ago, Pranitha Subhash took to her IG handle and shared a series of pictures flaunting her full-grown baby bump in a black body-hugging dress. She teamed her look with a big hat and minimal makeup. Pranitha's pregnancy glow on her face was simply unmissable. Along with the pictures, she wrote a cutesy note revealing that she had already entered the last trimester. She also revealed that since she had embraced the beautiful moment of her life, all the hardships she is going through are worth mentioning. The mommy-to-be's caption can be read as:

"Last set for now. Embracing every pound of weight , every stretch mark , my pumpkin face n the big nose .. all that pelvic pain, heart burns n fatigue while I tell myself it’s all worth it." 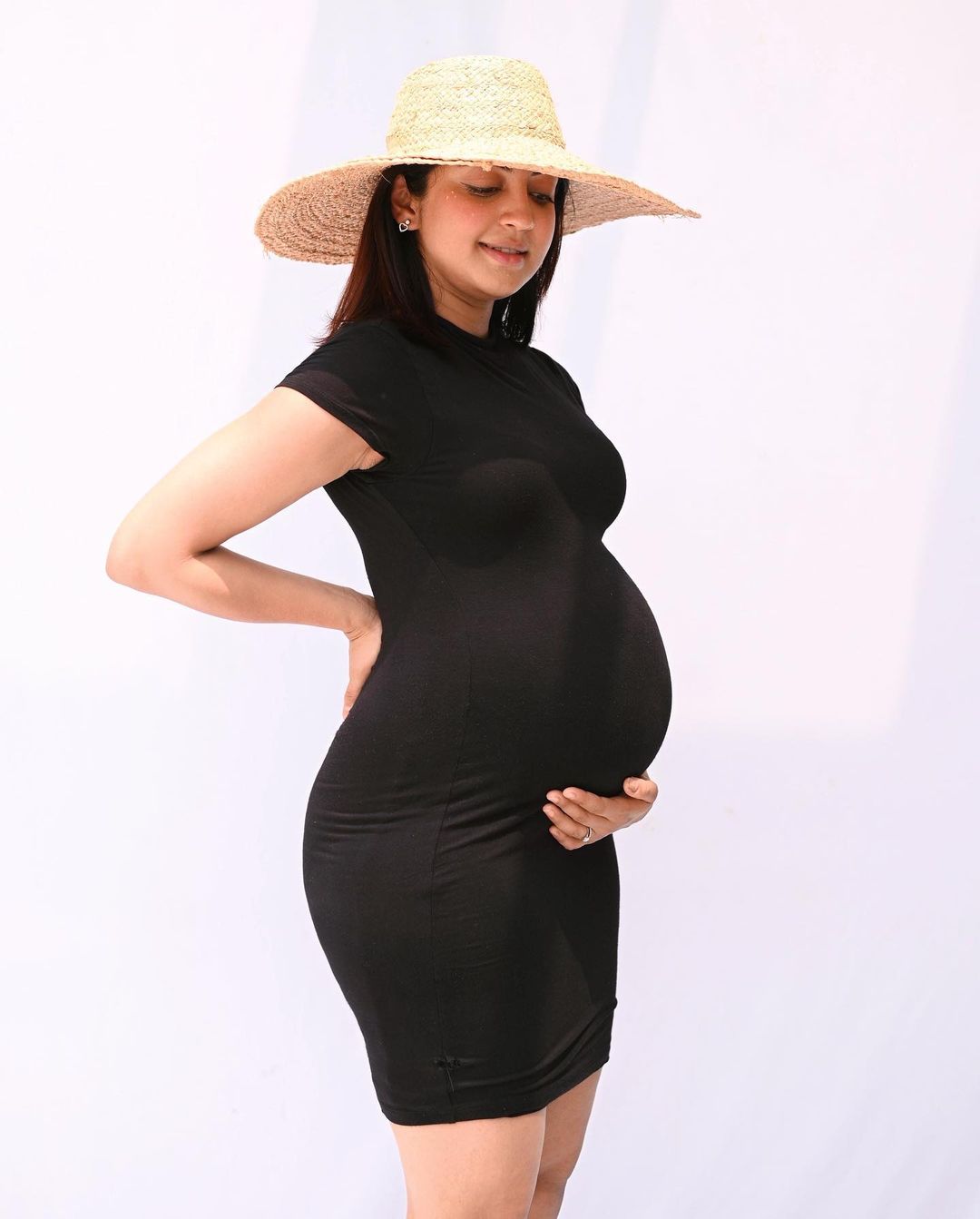 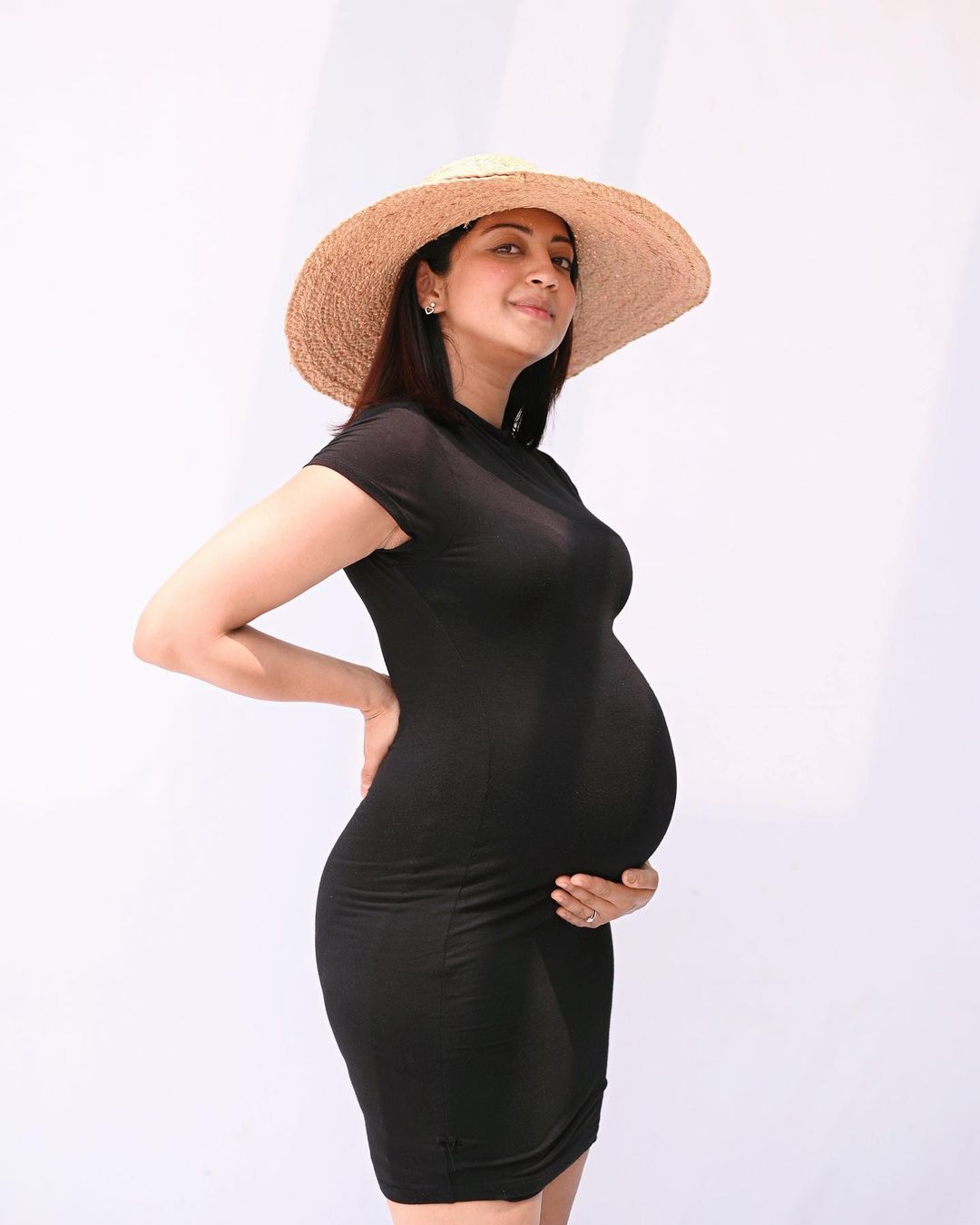 On May 22, 2022, Pranitha Subhash had delighted everyone with pictures from her maternity shoot, wherein she was seen donning a sky blue-coloured flared dress. Taking to her IG handle, she had shared a series of pictures flaunting her baby bump. In one of the pictures, her husband, Nithin was also seen giving a peck on his wife's cheeks. In the following picture, Nithin was seen caressing Pranitha's baby bump while the beautiful moment was clicked. Check out the pictures: 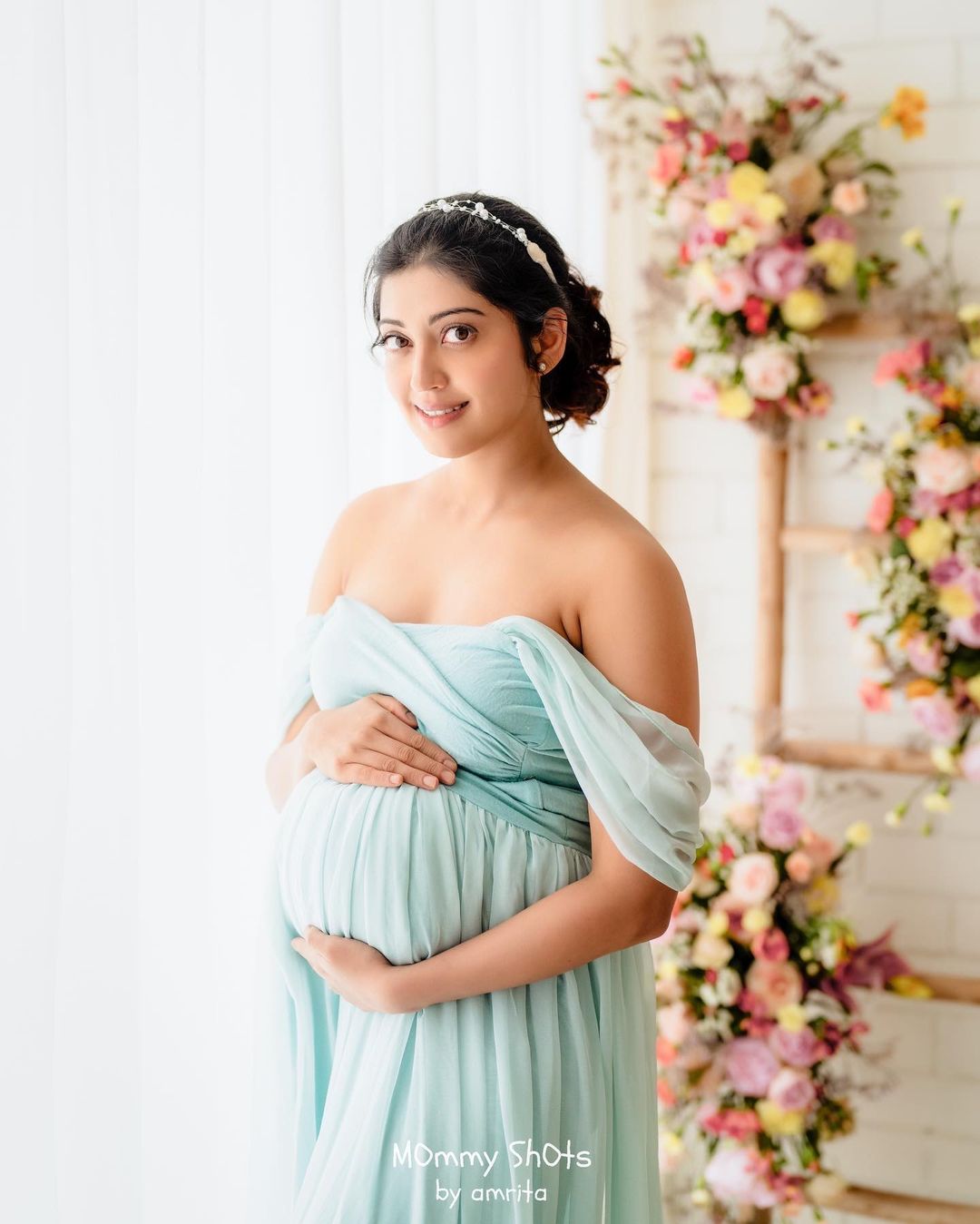 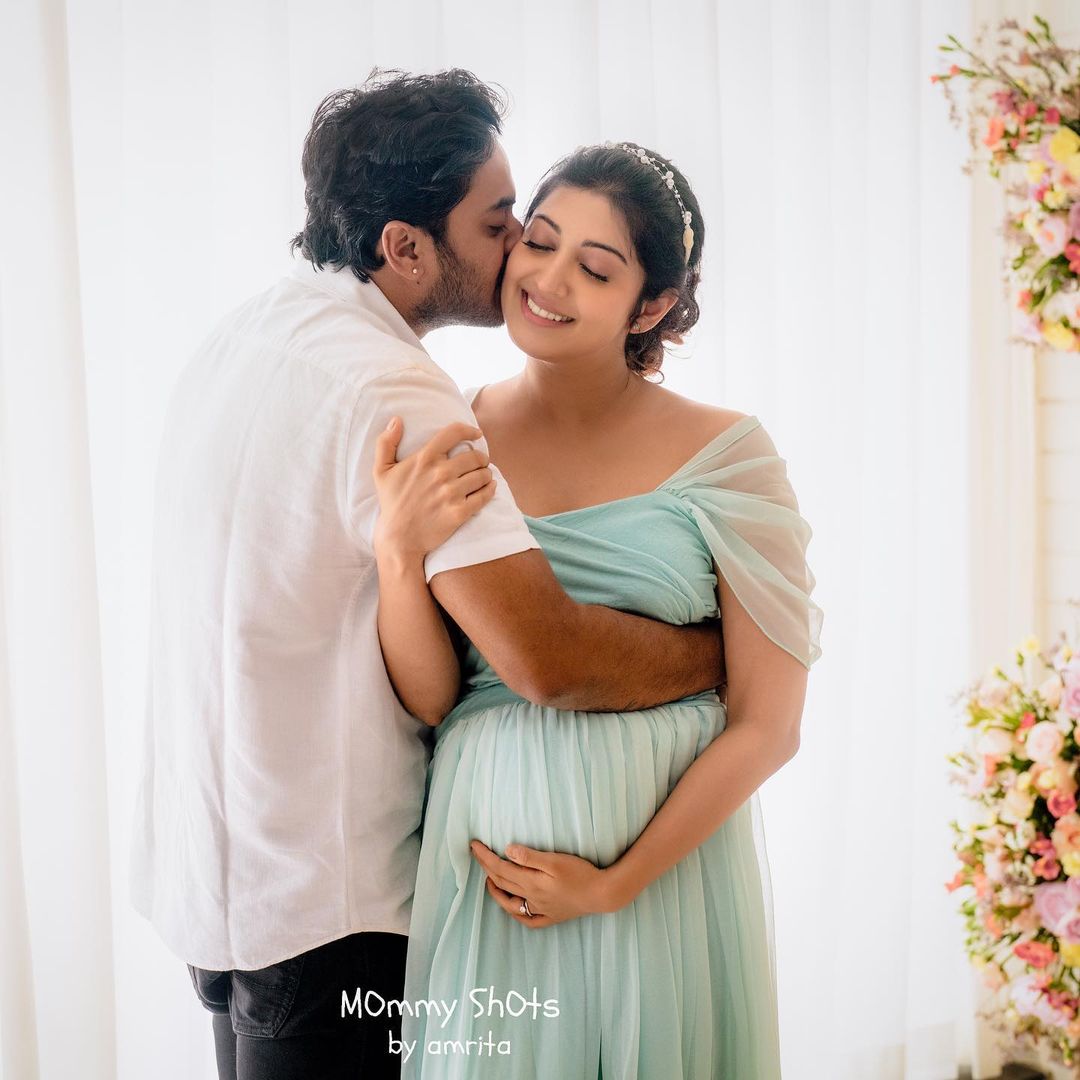 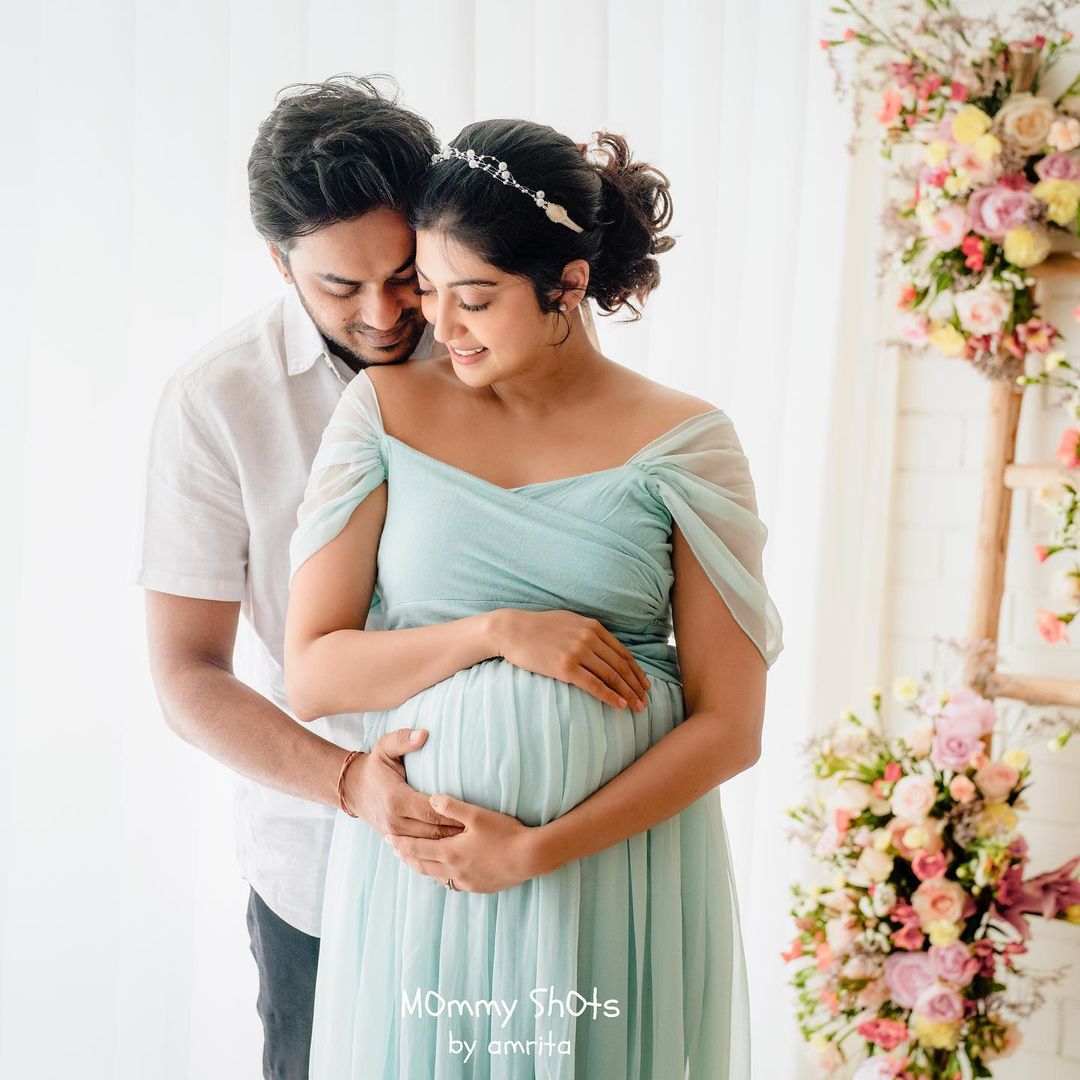 Earlier, on May 16, 2022, Pranitha had taken to her Instagram handle and had posted beautiful glimpses of her traditional godh bharai ceremony. For the event, the mommy-to-be had donned a yellow-coloured silk saree with a pink border and had paired it with a pink-coloured blouse. In addition, she had accessorised her look with traditional jewellery. Furthermore, she had tied her hair in a middle-parted braid and had adorned it with gajra. Alongside it, Pranitha had mentioned, "Seemantha" with an evil eye emoji. 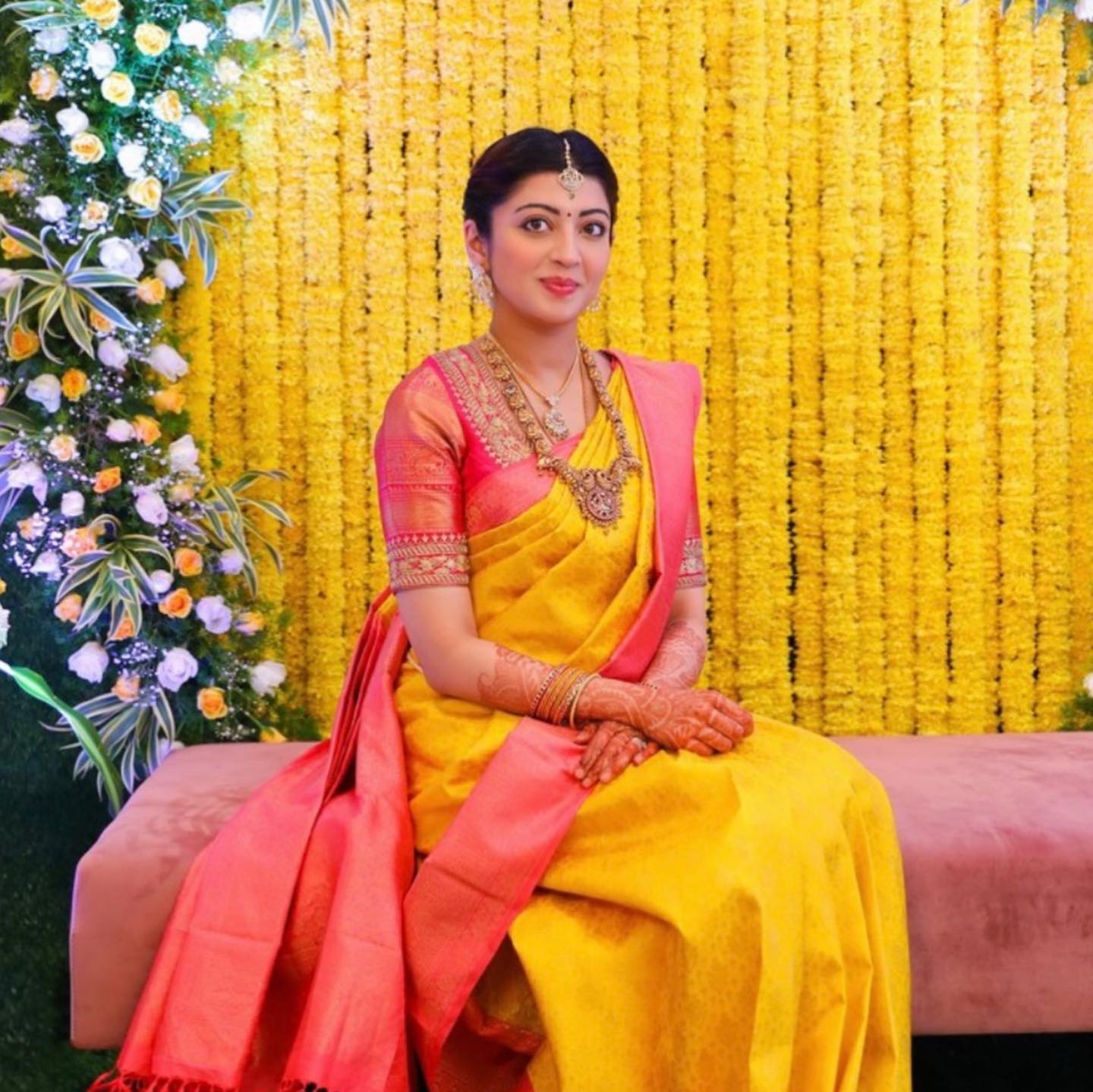 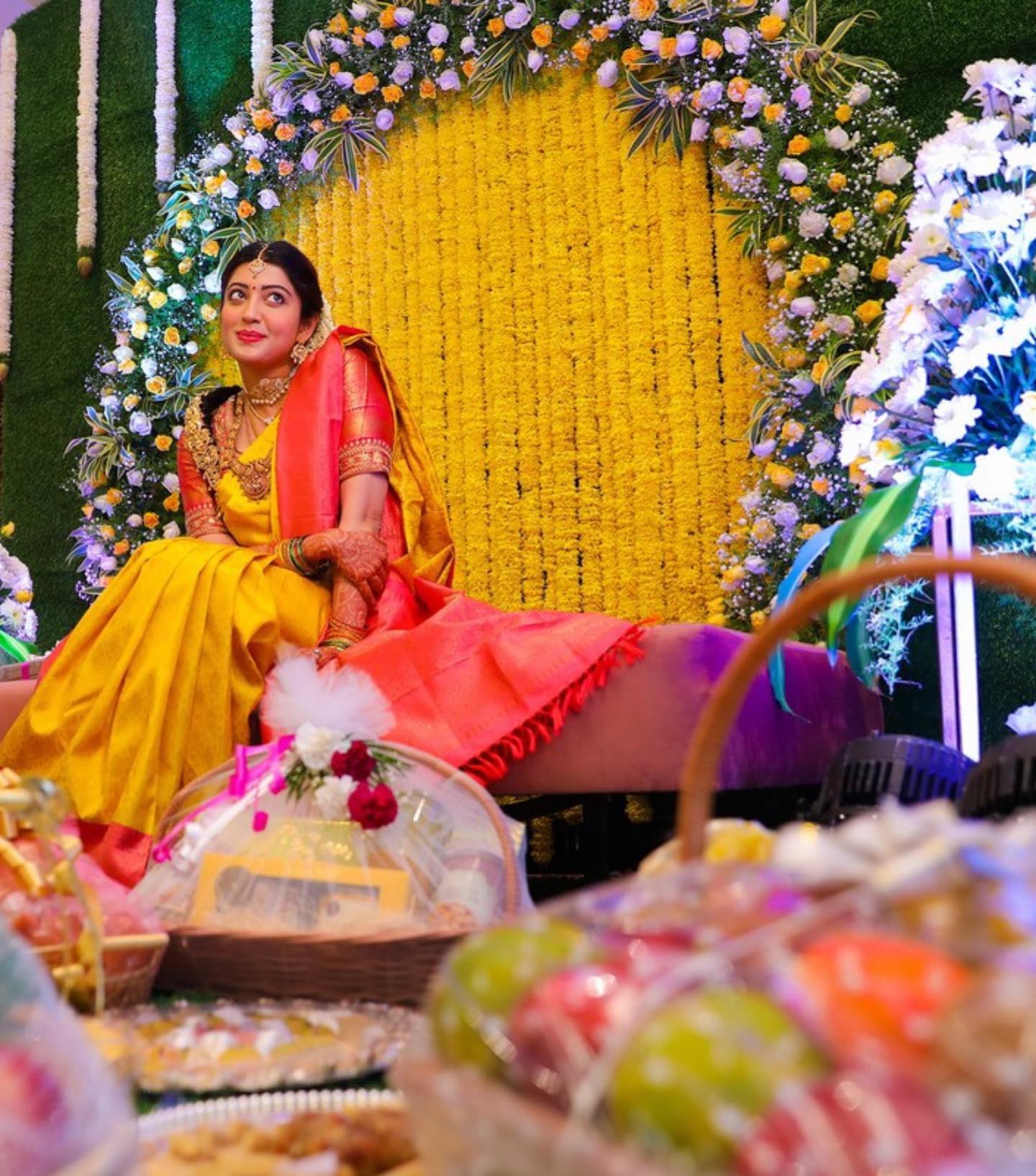 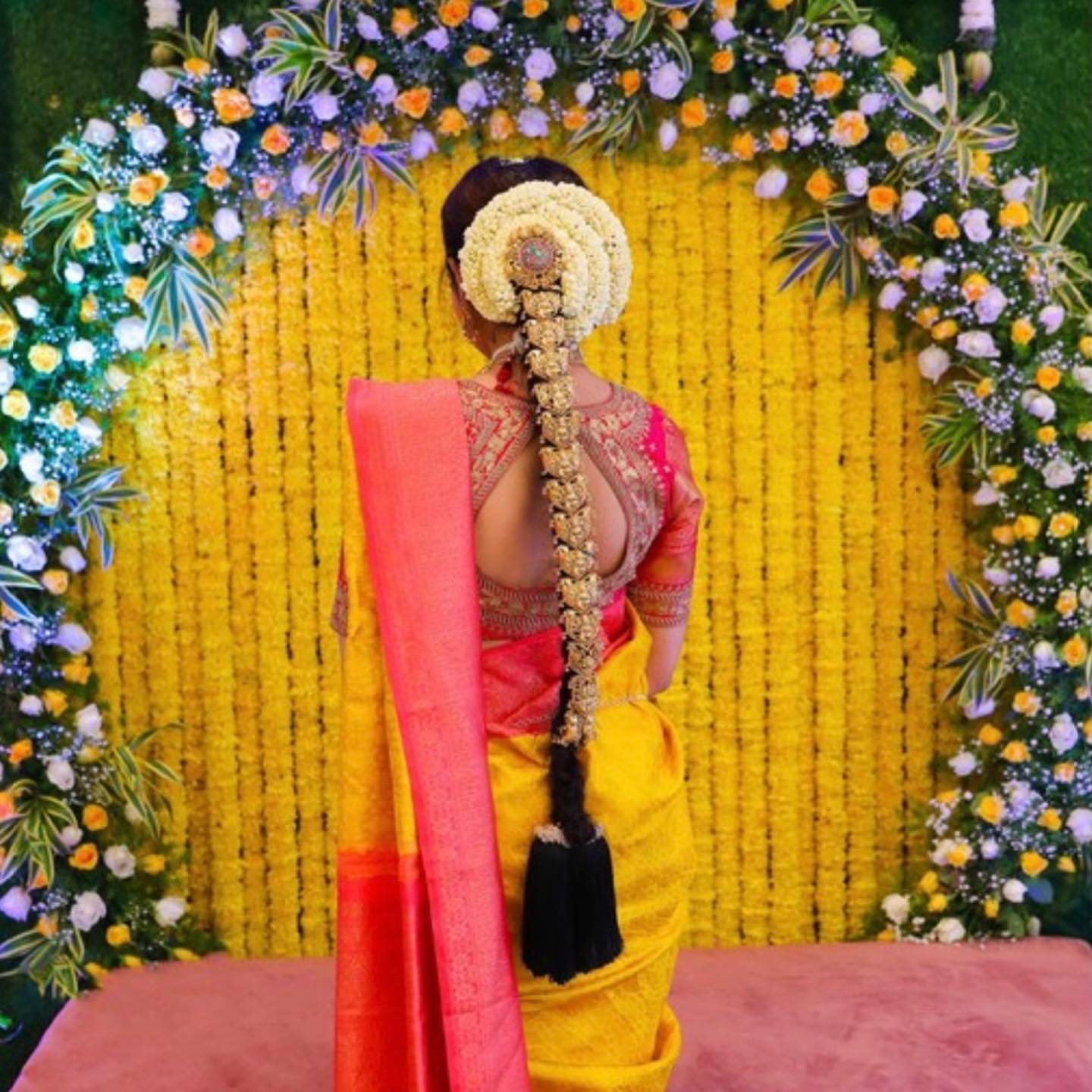 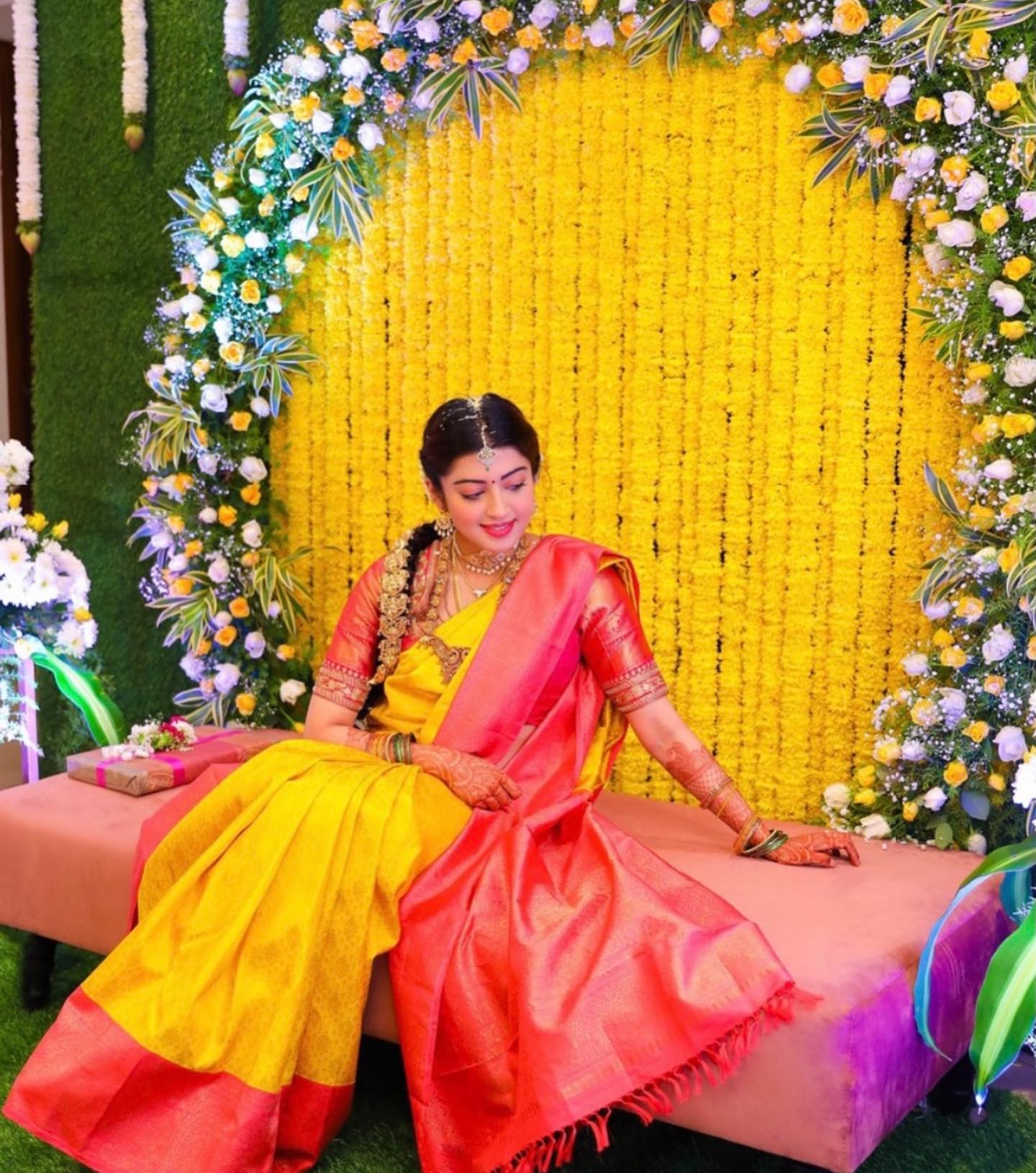 We are delighted to know how the mommy-to-be, Pranitha has proudly talked about pregnancy's hardships! What about you? Let us know.

Next Read: Aishwarya Rai Gets Trolled As She Dons Rs. 1.32 Lakh Worth Attire, Netizen Asks, 'Y Wearing A Tent' 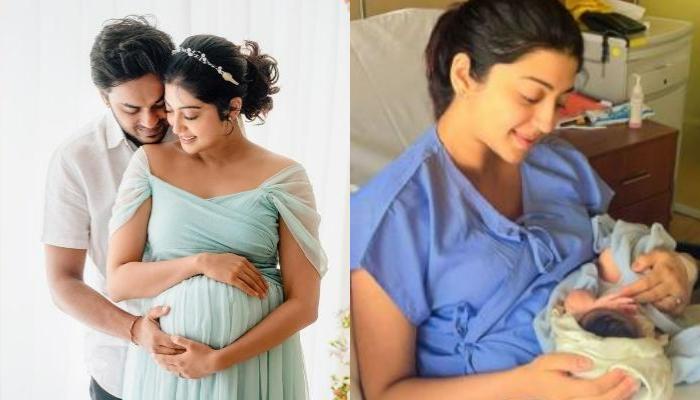 Pranitha Subhash has been enjoying every moment of her motherhood ever since she had welcomed her daughter into her life. Popular Indian actress, Pranitha is an avid social media user and had shared the first glimpse of her baby girl on her IG handle from the hospital. Her whole world