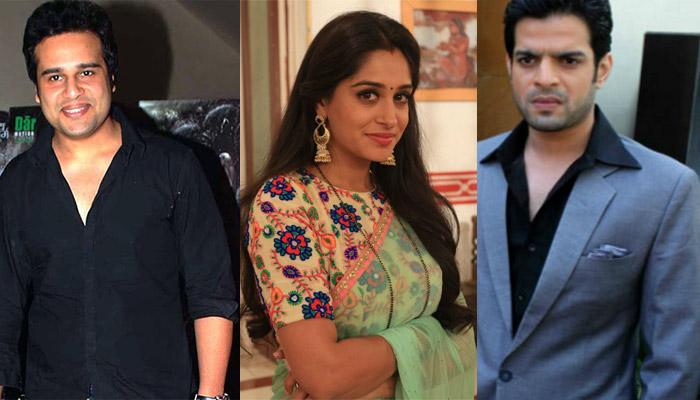 Infidelity is a common thing, especially in Bollywood and telly land where many celebrities cheat on their partners and fall for other people. Almost every day, we hear about secret affairs outside a marriage or a relationship and all we do is judge the third party involved in spoiling the relationship. Do we ever blame the person who cheated on their partner?

Recommended Read: Actors Who Cheated On Their Wives With Other Women, But Were Still Accepted By Their Wives

Ankit Gera, known for his role in Sapne Suhane Ladakpan Ke, was dating Adaa Khan when he cheated on her with his co-star, Rupal Tyagi. Basically, the actor was two-timing both the actresses and they eventually got to know about it. Both broke up with him. Adaa, in one of her interviews said that she forgave Ankit thrice for cheating on her. Rupal and Adaa accused him for cheating and breaking their trust. 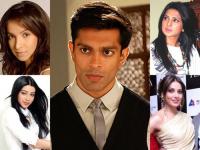 Karan Singh Grover not cheated once but twice. Karan was first married to actress-turned-designer, Shraddha Nigam and it lasted for only 10 months. Shraddha ended the marriage as Karan cheated on her with his Jhalak Dikhla Jaa choreographer, Nicole. Karan didn’t learn from his previous mistakes and cheated again, this time on his second wife, Jennifer Winget with his current wife, Bipasha Basu.

Also Read: 6 Bollywood Celebrities Who Got Married Not Once, Not Twice, But Thrice

Karan Patel is a happily married man today and he is soon going to become a father also. We all know that before getting married to Ankita Bhargava, he was in a very serious relationship with Kamya Punjabi and even promised her marriage. But Kamya was baffled when she got to know that Karan has broken up with her (without informing her) and is all set to marry Ankita, through an arranged marriage setup. He cheated on Kamya and ended up marrying Ankita.

Ejaz Khan, the blue-eyed boy of Indian television, met his ex-girlfriend, Anita Hassanandani, while doing a show together. They both fell in love and soon started dating. Anita and Ejaz were head-over-heels in love with each other and were all set to tie the knot, after dating for many years. But suddenly, the news of their separation came and left everyone shocked. After so many years and Anita being happily married to Rohit, Ejaz confessed on a show that he screwed everything and cheated on her and he will always regret this. After breakup from Anita, he dated Natalie Di Luccio.

Must Read: Nagma's Controversial Love Life: Dated 3 Married Actors, A Married Cricketer, But Is Single At 43

Priyank Sharma became a star overnight, after he appeared on Bigg Boss and had some romantic moments with another contestant named Benafsha Soonawala. When he entered the Bigg Boss house, he was in a relationship with Divya Sharma. But soon, his love for Divya fizzled out and he started bonding emotionally with Ben. Though they called it ‘just friendship’, the fans and Divya could see that they were more than just friends. Priyank cheated on Divya with Benafsha and soon, Priyank and Divya broke up. Divya broke all ties with him on the national television. 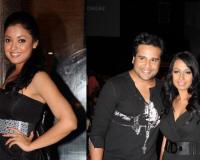 Many of you will be shocked to see his name on this list, but he cheated on his partner once. So everyone knows that Krushna is happily married to Kashmera, after living-in with her for seven years. The couple became parents to twin boys in 2017, through surrogacy. But not many people know that before Krushna and Kashmera tied the knot, Krushna had a fling with Aashiq Banaya Aapne actress, Tanushree Dutta. When Kashmera got a hint of it, she gave an ultimatum to Krushna and the two soon tied the knot. 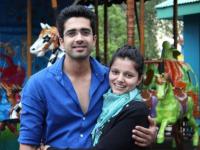 Avinash Sachdev and Rubina Dilaik won millions of hearts with their show, Choti Bahu. The reel-life couple fell head-over-heels in love with each other and soon started dating. The ex-couple was all set to tie the knot, after they got a heads-up from Rubina’s grandfather, but their fairy tale ended too soon. Trouble brewed in their paradise. It was reported that Avinash's association with another TV actress wreaked havoc in their relationship. They reconciled for a while after the episode but called off their relationship ultimately.

Manish Naggdev is happily committed to his fiancée, Srishty Rode but it was many years ago when he cheated on his ex-girlfriend. So, Manish was in a relationship with an actress named Mushkan Arora, who worked with him in his first show, Mann Ki Awaaz…Pratigya. Muskan accused Manish of cheating on her not once, not twice but four times. After forgiving him thrice, she could not forgive him the fourth time, when he cheated on her with his current partner, Srishty Rode. Srishty and Manish started dating each other behind Muskan’s back.

Surprised to see her name in this list? Dipika Kakar, who rose to fame with her debut show, Sasural Simar Ka, got married to her on-screen husband, Shoaib Ibrahim, a few months ago. Dipika and Shoaib are head-over-heels in love with each other. But, Dipika cheated on her first husband, Raunak Mehta. Yes, the actress left Raunak as she had developed feeling for Shoaib. Soon after getting a divorce from Raunak, Dipika went on to marry Shoaib. Well, this is what many sources close to the couple have to say!

Rahul Mahajan, who rose to fame for marrying Dimpy Ganguly through Swayamvar on the national television cheated on his ex-girlfriend, Paayal Rohatgi. When he went inside the Bigg Boss house, he met actress Monica Bedi. Soon after he was out of the house, he had a fling with Monica Bedi. Paayal was so furious at Rahul that she immediately broke all the ties with him.

Last but definitely not the least! Sushant Singh Rajput who is a successful Bollywood actor today, started his career with television, where he met his ex-girlfriend, Ankita Lokhande. Sushant and Ankita dated for almost 7 years and were even planning to get married in a royal style, but soon, their relationship went kaput. The two ended their relationship on a very bad note as there were reports of Sushant cheating on Ankita with his Rabtaa co-star, Kriti Sanon. Even today, Sushant and Kriti are said to be secretly dating each other.

Cheating your partner and having an affair outside the relationship is a common thing in the film and television industry. We hope we never get to add more named to this list!

Next Read: 10 Famous Bollywood Actors Who Cheated On Their Wives Some marriages do not last forever. Call it fate or destiny, not all couples end up being life partners. Such is the case with TV celeb ex-couple, Juhi Parmar and Sachin Shroff. After eight years of marriage, Juhi and Sachin filed for a divorce in 2017 and got separated legally