Tina Philip and Nikhil Sharma had met on the sets of Star Plus' very short-lived daily soap, 'Ek Aastha Aisi Bhee', where they had played brother and sister to one another.

When two co-stars work on the same daily soap, they end up spending a lot of time with one another. As some rightly say, the life of actors largely remains on the sets and as a result, we get our favourite ‘celeb pairs’. Linkup speculations do not leave celebs' lives and when they finally admit to dating one another, our happiness knows no bounds! Similar is the story of Star Plus’ Ek Aastha Aisi Bhee co-stars, Tina Philip and Nikhil Sharma, who had played reel-life siblings to one another only to find out later that they were truly, madly and deeply in love. (Do Read: Sushmita Sen And Rohman Shawl Are All Set To Tie The Knot In A 2019 Winter Wedding, Details Inside)

Tina Philip and Nikhil Sharma had met on the sets of Star Plus’ very short-lived daily soap, Ek Aastha Aisi Bhee, where they had played brother and sister to one another. Before they could realise, the two fell in love and are now, steadily pacing towards a ‘happily ever after’. Yes, as many of you must have guessed it right, Tina and Nikhil will be just a step away from being each other’s forever in August as they are all set for their engagement. 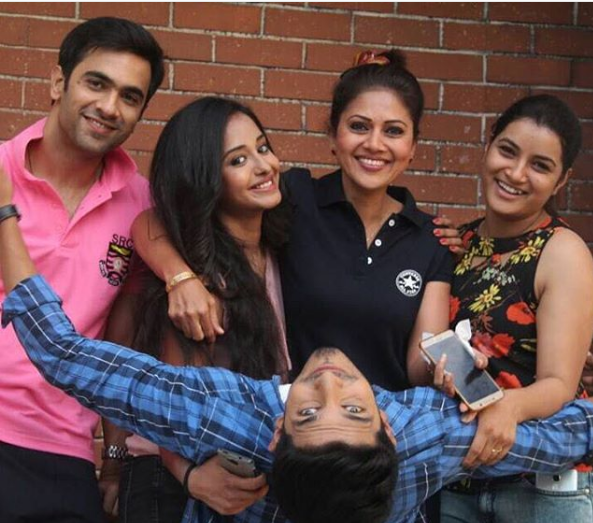 In an interview with The Times of India, Tina Philip shared that as parents reside in the UK, they will reach India soon for their daughter’s engagement. She stated, “My parents, who are based in the UK, will reach on August 1. We plan to get married early next year, and it will mostly be a destination wedding.” The couple will put a ring on each other’s finger on August 04, 2019.

Tina Philip, in the same interview, also revealed how she fell in love with her reel-life sibling, Nikhil Sharma. She stated, “In my defence, we barely had scenes together because he shot on another set. During the only scene that we shot together, he had to lift me after I fainted. Though it wasn’t mentioned in the script, he kissed me on my forehead. I was in utter shock (laughs!). Having said that, I, too played a prank on him on the first day of his shoot; he had joined the show midway. However, he took it really well. I fell for his simplicity and sense of humour.” (Must Read: Kareena And Karisma's Cousin, Armaan Jain Gets Engaged In A Secret Ceremony, Lolo Shares The Pics) What made Nikhil Sharma realise that Tina Philip is the one for him? He shared, “Tina is a pure soul and has a beautiful heart. Mujhe logo ki pehchaan ho jaati hai and I realised that she is the one for me.” The duo is all set for a cross-culture relationship and has happily welcomed it with open arms. Speaking about the same Nikhil added, “Culture and religion are secondary. Jab dil mil gaye toh baaki sab side mein ho jaata hai.”

Do you know, winning Tina Philip’s heart was not an easy bargain for Nikhil Sharma? Revealing their love story, Tina shared, “I was quite upset when 'EAAB' ended, as it was my first show. Nikhil ne mujhe sahaara diya aur maine phir usko pakad liya hamesha ke liye. Jokes aside, we weren’t dating during the course of the show. Love blossomed months after it ended. We stayed in touch and one day, he asked me out for a film. I had already watched it, but decided to accompany him. Later, I learnt that he, too, had already watched it. He just wanted us to spend some time together. Tired of chasing and wooing me for four months, he directly proposed marriage to me. I refused, as I wanted to go for an arranged match. But as they say, the best things are unplanned. I met his family last year on Diwali, and fell in love with them. What I like about him and his family is that all 33 members stay together in one house, which is rare in today’s day and age. They are so loving and despite coming from two different cultures, religions and even countries, our families have supported us from day one.” Tina Philip also opened up on who is more romantic out of the two, “I think both of us are but in different ways. Nikhil says that I’m more like a school-going girl in love. That could be because I never dated anyone in school or college, so for me, the journey has just begun. His love is more mature.” Tina also said, “Nikhil is honest and has an amazing sense of humour. There is no pretence when it comes to him. He is family-oriented, loyal and supportive.” (Also Read: Anita Hassanandani Reveals The Main Reason For Participating In Nach Baliye 9 With Hubby Rohit Reddy)

Tina Philip and Nikhil Sharma are head over heels in love with another and her recent Instagram post about the latter totally suggests so. Sharing their comprehensive journey, in a nutshell, Tina had shared, “From reel life to real life now! To this man @osr_niks Thank you for showering me with your unconditional love. Thank you for always putting me first and being so selfless, thank you for always making me laugh (you have a great sense of humour I have to accept!) thank you for treating my parents like your own, thank you for being the love of my life!” 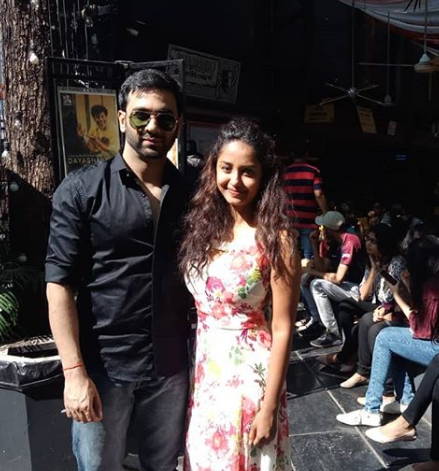 Months back, Tina Philip had posted a one-of-a-kind picture with her father seated with her on one side and her beau, Nikhil on the other. Sharing the picture, she had written, “So being the traditional person that I am, I couldn't think of a better way of introducing this special one in my life to all you lovely people out there. So here it is, The 2 most important men in my life! My dad on the left for whom I will always be a little princess and this special one on the right @osr_niks who so lovingly has continued to make me feel this way. Roshan @roshan___1999 my darling brother, you're important too. Just saying.” 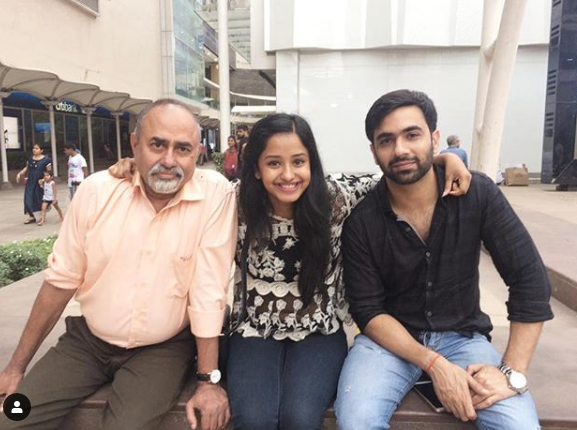 Here’s sending Tina and Nikhil all the happiness of the universe!