Sushmita Sen And Rohman Shawl Are All Set To Tie The Knot In A 2019 Winter Wedding, Details Inside

Sushmita Sen And Rohman Shawl Are All Set To Tie The Knot In A 2019 Winter Wedding, Details Inside

Seems like the wedding fever is yet not over for the Sen family as if reports are to be believed, Sushmita Sen and Rohman Shawl are all set to take their relationship to another level. 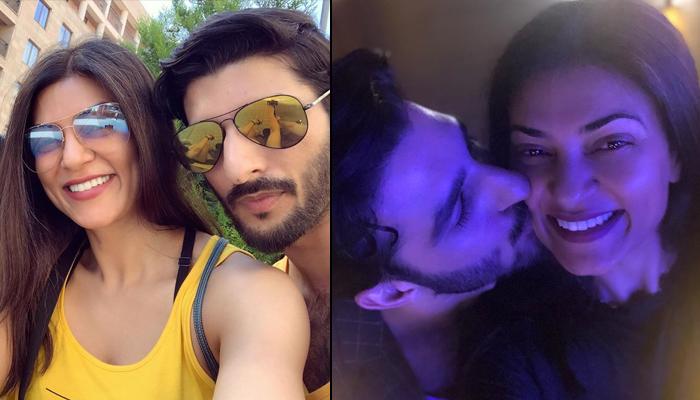 Love knocks your door when you least expect it. Someone who has never chased love, at some point in time bumps into that one person, who will change their life forever! This is what happened with the first Miss Universe from India, Sushmita Sen, who had already ticked off many points from her bucket list and will tick off another soon. It was in September 2017, when Sushmita had hinted the world about her newfound love and more than a year later, one picture of hers with a mystery man had made the media headlines. (Also Read: Anita Hassanandani Reveals The Main Reason For Participating In Nach Baliye 9 With Hubby Rohit Reddy)

Gradually, Sushmita Sen introduced her 28-year-old model beau, Rohman Shawl to the world, and how happy they are as a family of four, including her two kids, Renee and Alisah. Since then, rumours about Sushmita and Rohman’s wedding have been creating a stir in the media and despite the lovebirds denying all such speculations, the reports just don’t seem to fade away. Sushmita and Rohman have proved that they aren’t a stereotypical couple and have made us believe that love knows no boundaries and can move mountains. It was in June 2019 when Sushmita Sen’s brother, Rajeev Sen had joined the bandwagon of mister and missus with his grand wedding with his ladylove, Charu Asopa. Now seems like the wedding fever is yet not over for the Sen family as if reports are to be believed, Sushmita and Rohman are all set to take their relationship to another level. According to Vogue, wedding is on the cards for Rohman and Sushmita, and they will be pronounced husband and wife in November or December of 2019. 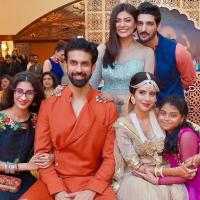 Back in 2018, a source had revealed to the DNA about Sushmita Sen and Rohman Shawl’s 2019 wedding and was quoted as saying, "Sushmita and Rohman were dating for two months after they met at a fashion gala and enjoy a good equation. The duo has even discussed the idea of marriage and if things go as planned, they will take their marital vows next year." 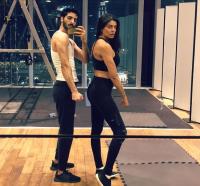 If the reports are to be believed, Rohman Shawl has already proposed to Sushmita Sen and she has said ‘yes’. The source had revealed, "Rohman has already proposed to Sushmita and she has agreed, which is why she decided to go public with the relationship. They are currently figuring out when would be a good time to tie the knot, but as of now, the couple is looking at a date around winter 2019." Sushmita Sen’s daughters, Renee and Alisah, have already approved of their mother’s choice, "Apparently, both Renee and Alisah are fond of [Shawl]. The mother of two is happy that her daughters, too, have approved of her choice." (Also Read: Balika Vadhu's Avinash Mukherjee Reveals The Truth About Reports Of His Marriage With Saloni Luthra)

In an interview with Rajeev Masand for the web segment, Women We Love, Sushmita Sen had opened up about her personal life and had revealed how she found the love of her life. Sushmita had shared with Rajeev that had it not been for a random guy in a room who had disturbed her, which had landed her hands on the direct messages on Instagram, there would have been no Rohman Shawl in her life! Opening up about the story, Sushmita was quoted as saying, “It’s a very, very beautiful serendipity story. He sent me a direct message on Instagram and I didn’t check direct messages because I wasn’t sure if you check it, you may be allowing that person to start communicating with you. So, I had too many of these direct messages and I had not opened any and there it was.” 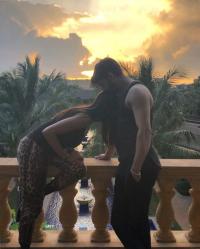 Sushmita Sen had further added as to how she had bumped into one of Rohman Shawl’s direct messages on Instagram, “Touch screen phone ki Jai ho because I had gone to the DM to look at what all had come and I was scrolling through and this boy broke something in the room and I went talking to him and when I came back I had obviously opened one of the DMs and it was a message from him and I was like ‘Oh my god, how did I do that, god I should never be talking when I am near a phone’.” 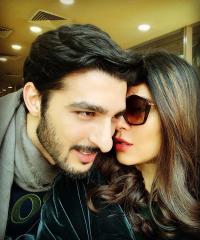 Sushmita Sen had also shared what her first text to Rohman Shawl was and what had happened when he had realised that the former Miss Universe had replied to him. Sushmita Sen had opened up that her reply to Rohman Shawl was, “Thank you so much, your message made my day, I wish you all the happiness in the world.” And he again sent her a message which had won had her heart. He had replied, “I am jumping from one room to another, I cannot believe you responded.” 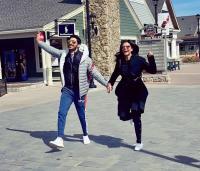 And finally, Sushmita Sen had revealed how they had started talking on Instagram and he had once offered her to come to play football with him, “And then, I got to know him slowly when I came back and that too was an open offer to come play football with him.” (Also Read: Ayushmann Khurrana Talks About How His Stardom Came At A Price As He Hardly Gets Time For His Family) We can’t wait for Sushmita and Rohman to make an official announcement about their 2019 winter wedding!

Family plays a vital role in shaping an individual and we learn the most important lessons of our lives from them. The comfort and security one feels with their loved ones cannot be compared to anything else. Such a vital bond is shared between Sushmita Sen and her family. Be