This wedding season, brides are getting trendier and fashion is getting 'hawt'. Hold your heart as this bride donned white henna for her 'pre-pheras reception'. Scroll down to know more!

The day for which we wait for years to come is our wedding day. Going back in time when we were young and silly, mostly all of us had played wedding games with our little dolls, dressing them up as a bride and sometimes being one. And as we grow up, we have made a whole book on what we want on our big day and ticking it off becomes our ultimate goal.

From makeup to clothes to trendy mehendi, our list grows bigger and bigger with each wedding we attend or see on Instagram. Recently, we spotted a bride, who made our eyes pop and jaws drop with her 'pre-pheras reception'. Yes, there is a thing like pre-pheras reception and we are privileged to bring it to you. But it is not the unique concept that made our heart beat faster, rather the bride's Pinterest-worthy mehendi has become the talk of the wedding town.

Doctor Bride, Ended Up Repeating Her Yellow Engagement Gown As A Lehenga On Her Wedding

Cylinder Blast Victim Looked Gorgeous On Her Wedding Day, Proved How Her Spirit Is Not Burnt 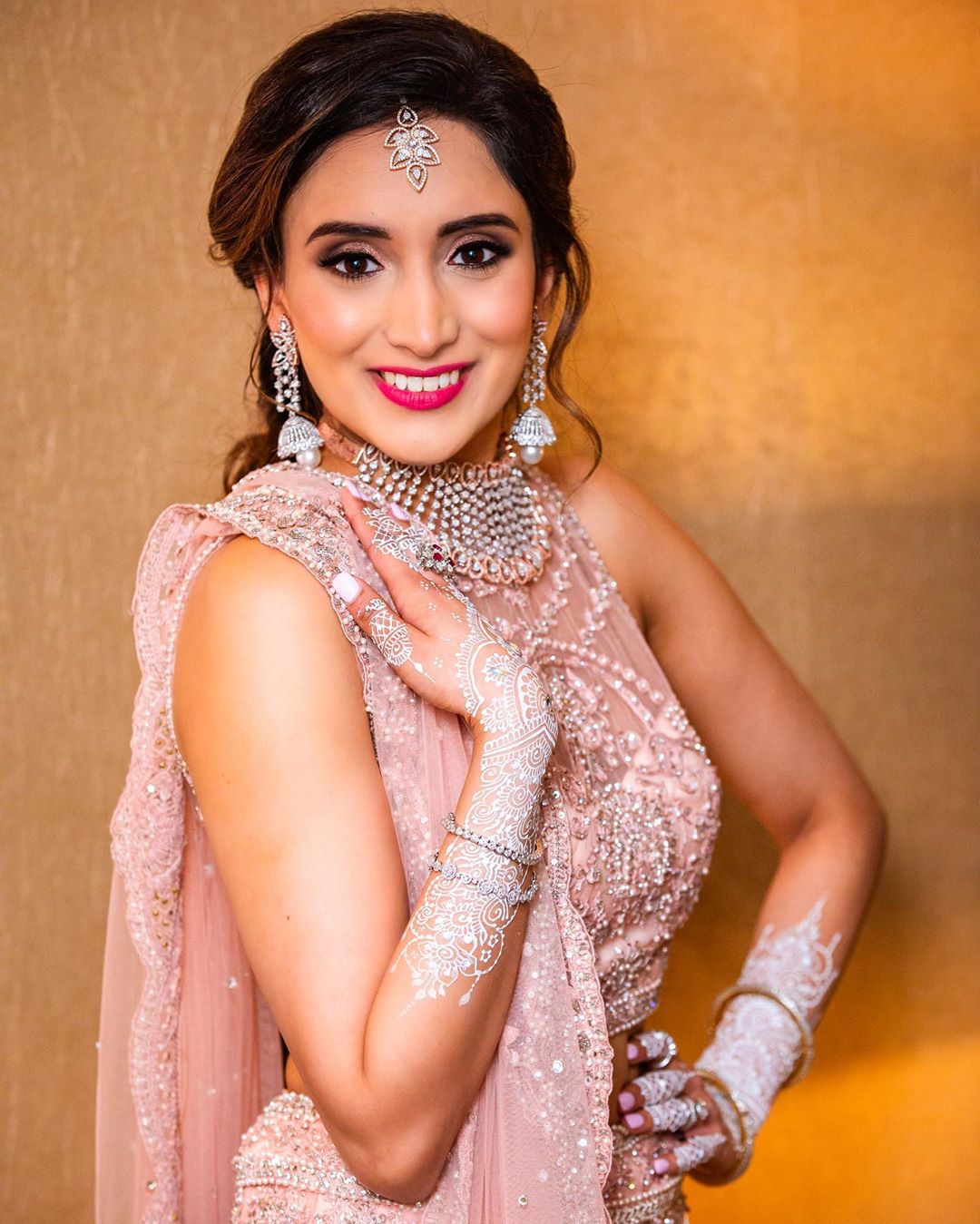 Meet our gorgeous bride of the week, Krishma, who is soon going to get married to the love of her life, Dhiraj. But before we take you further into the story, let us take a look at their proposal story. Yes, this 'head-over-heels-in-love' couple have a proposal story that will melt your heart. Krishma and Dhiraj's love brewed with an accidental meeting at the airport while flying for a mutual friend's wedding. Taking the next step, our dashing groom-to-be had planned a surprise proposal for the love of his life, Krishma in the snowy locales of Seoul in South Korea.

(Also Read: 10 Lehenga Looks Donned By Shloka Mehta Which Every Girl Wants To Steal From Her Wardrobe) 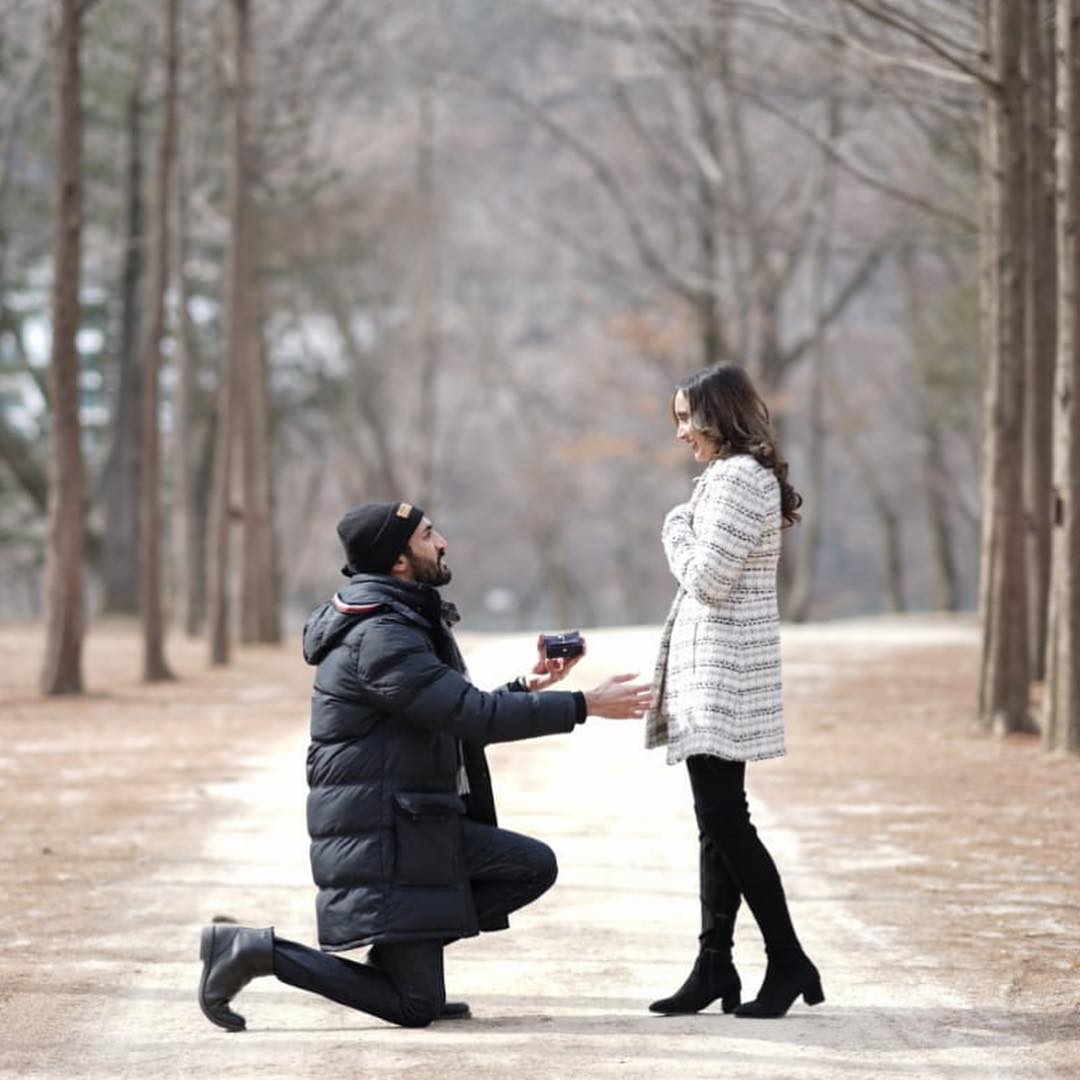 In an interview with Wedding Sutra, Krishma had shared the details of it and had said, "I was living in Singapore at the time of our proposal and had been there for over three years. I had just accepted a job back in my hometown of Sydney, and was around a month or so away from relocating to Australia. We had spent the last few years travelling the world together and had taken over 15 trips already! One of the last places on our bucket list was Seoul in South Korea. We decided that it would be an awesome time to visit this place during winter as there was a chance we would get to play in the snow."

Also Read: Bride Wore A 3D-Floral Lehenga For Her Mehendi Ceremony Which Took 2000 Jobs Hours To Be Made 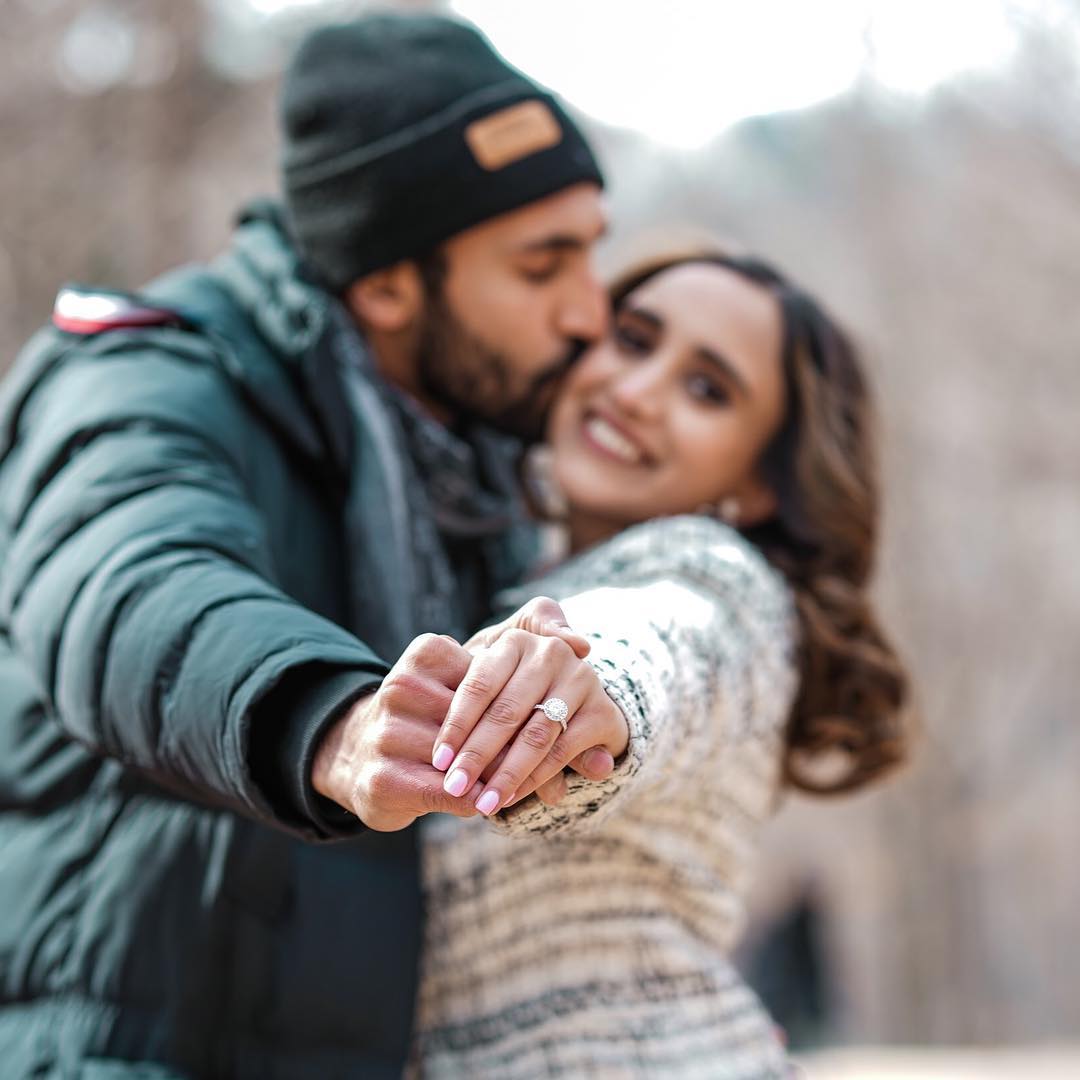 She had further shared, "For years, I had wanted to do a couple’s photoshoot overseas because I love to make scrapbooks and travel diaries, but Dhiraj, on the other hand, had always refused. But this time, surprisingly, he suggested that we could do a travel photoshoot since it was our last trip together before I returned back to Sydney. In the middle of our trip, we had planned to take a few pictures on a stunning island called Nami, the place where all the Korean dramas are filmed! We met our photographer through a service called Frame A Trip. We had been taking fun photos on the island together for around an hour or so and Dhiraj suddenly stepped away to go and get an extra jumper from his backpack. It seemed pretty fair because the temperature was minus 15 degrees and we were both freezing. When he came back, he just took my hand in his and we began walking." When they were about to wrap up, Dhiraj surprised her by popping the question. In Krishma's own words, "I asked if the photographer was done taking photos at that spot because I was cold and wanted to warm up with a hot chocolate, but Dhiraj jokingly said that the photographer wanted more photos because the light was nice. The next thing I know was that I turned to see the love of my life kneeling before me on one knee with a stunning ring, asking me to be his wife! I can’t remember what either of us said but I remember feeling so much love and joy all around me!" 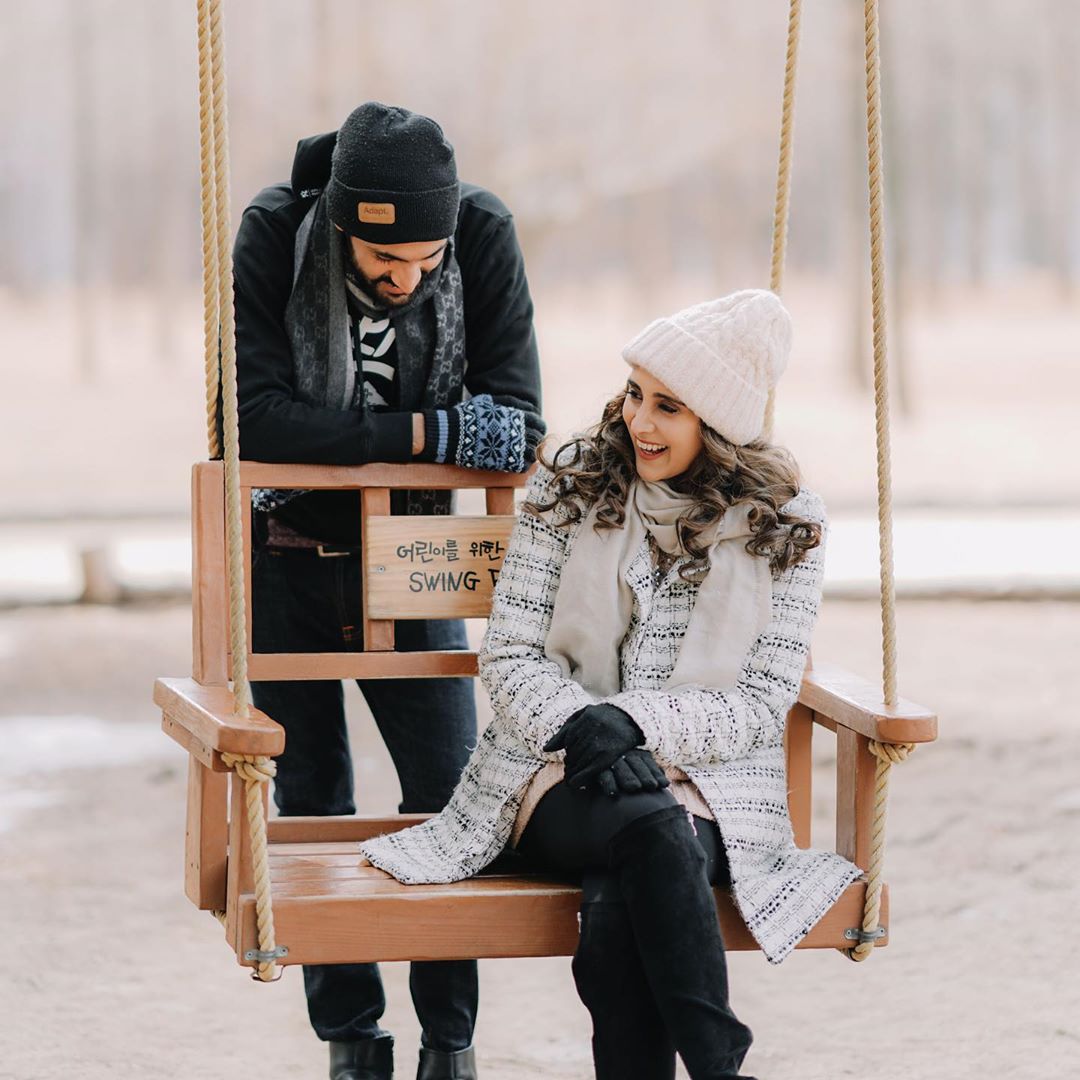 Well, their proposal story was lovely, but it is their pre-phera reception that made our hearts racing. For the bash, the bride-to-be had donned a blush pink lehenga which includes a flared skirt with sleeveless choli and dupatta. She had accessorised her look with a choker diamond neckpiece, matching jhumkas and a gorgeous maang teeka. She had kept her makeup subtle with soft smokey eyes, highlighted cheeks and a princess braid that accentuated her look. 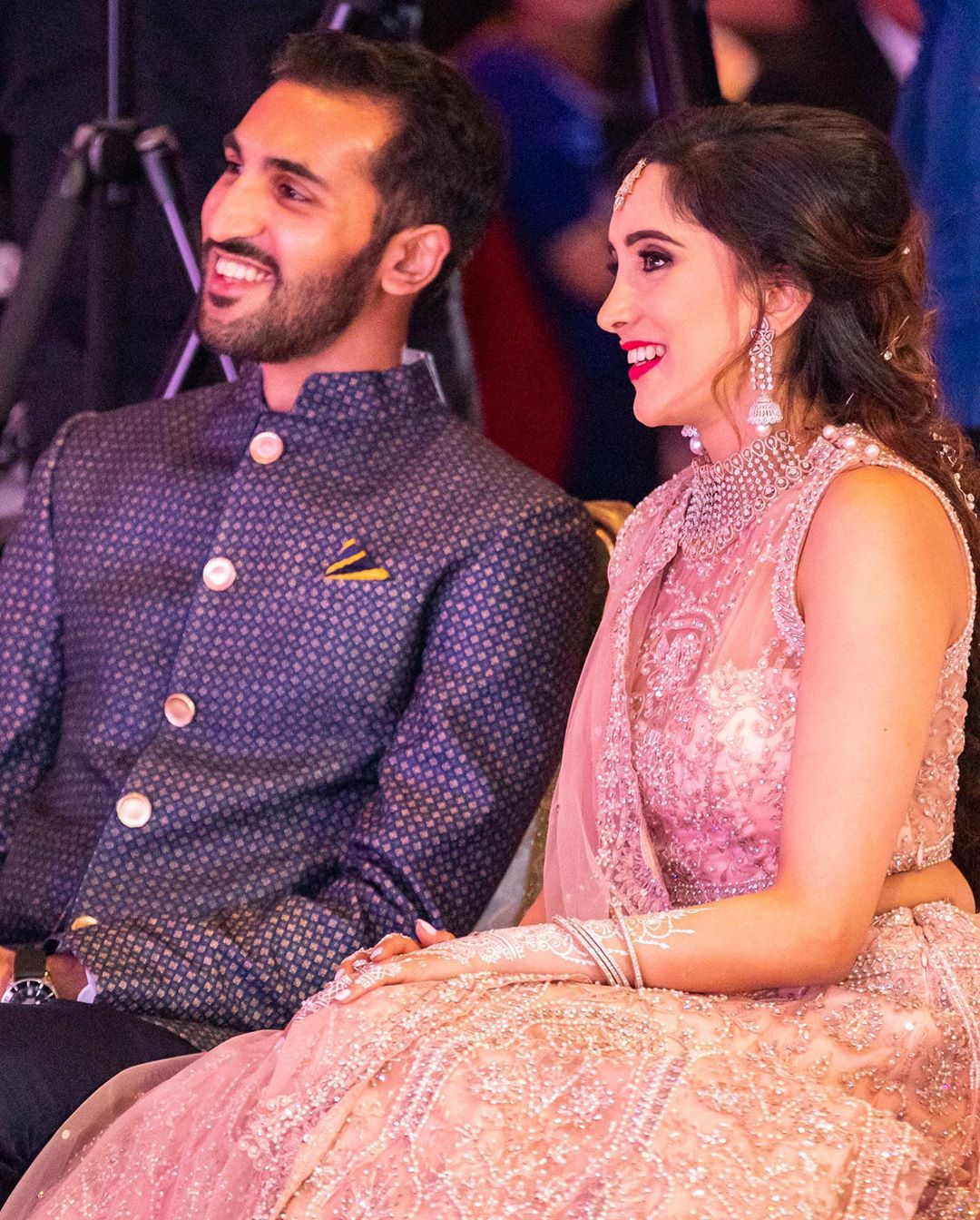 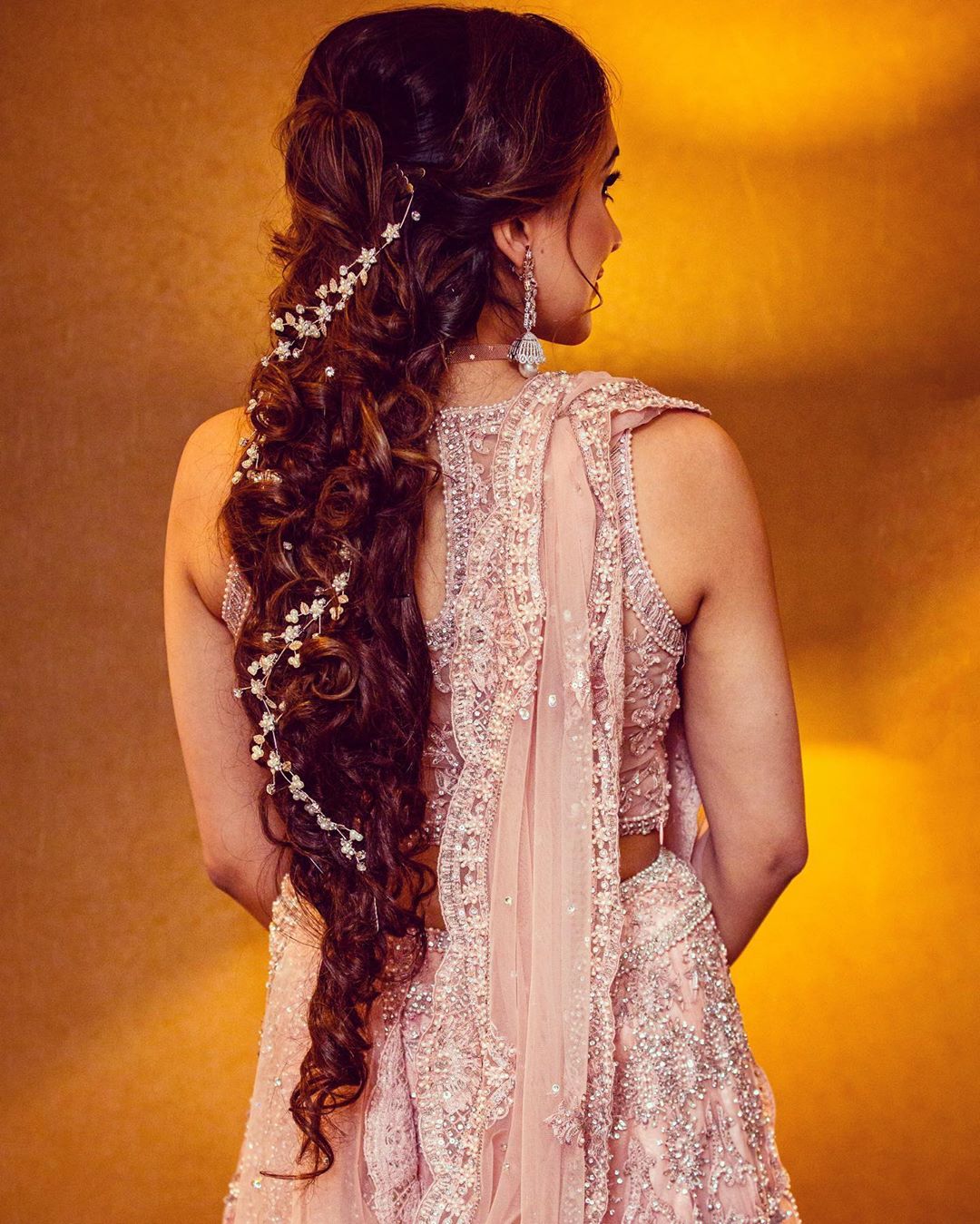 However, the bride-to-be had ditched the usual mehendi and had opted for a white heena that we often see on Pinterest. It instantly enhanced her whole ensemble. And we loved how beautifully she had carried her look. 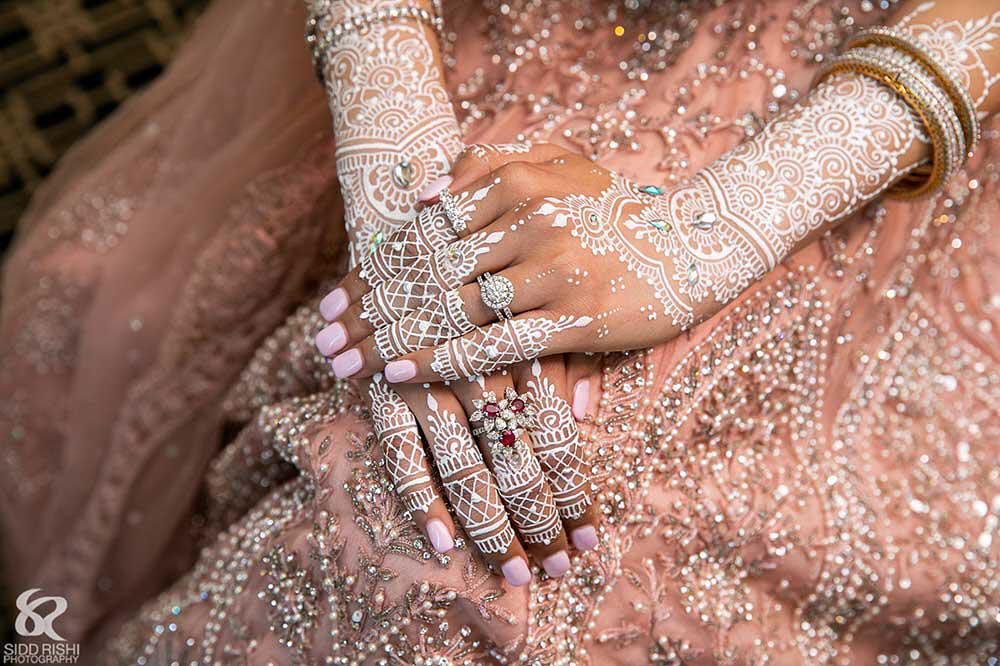 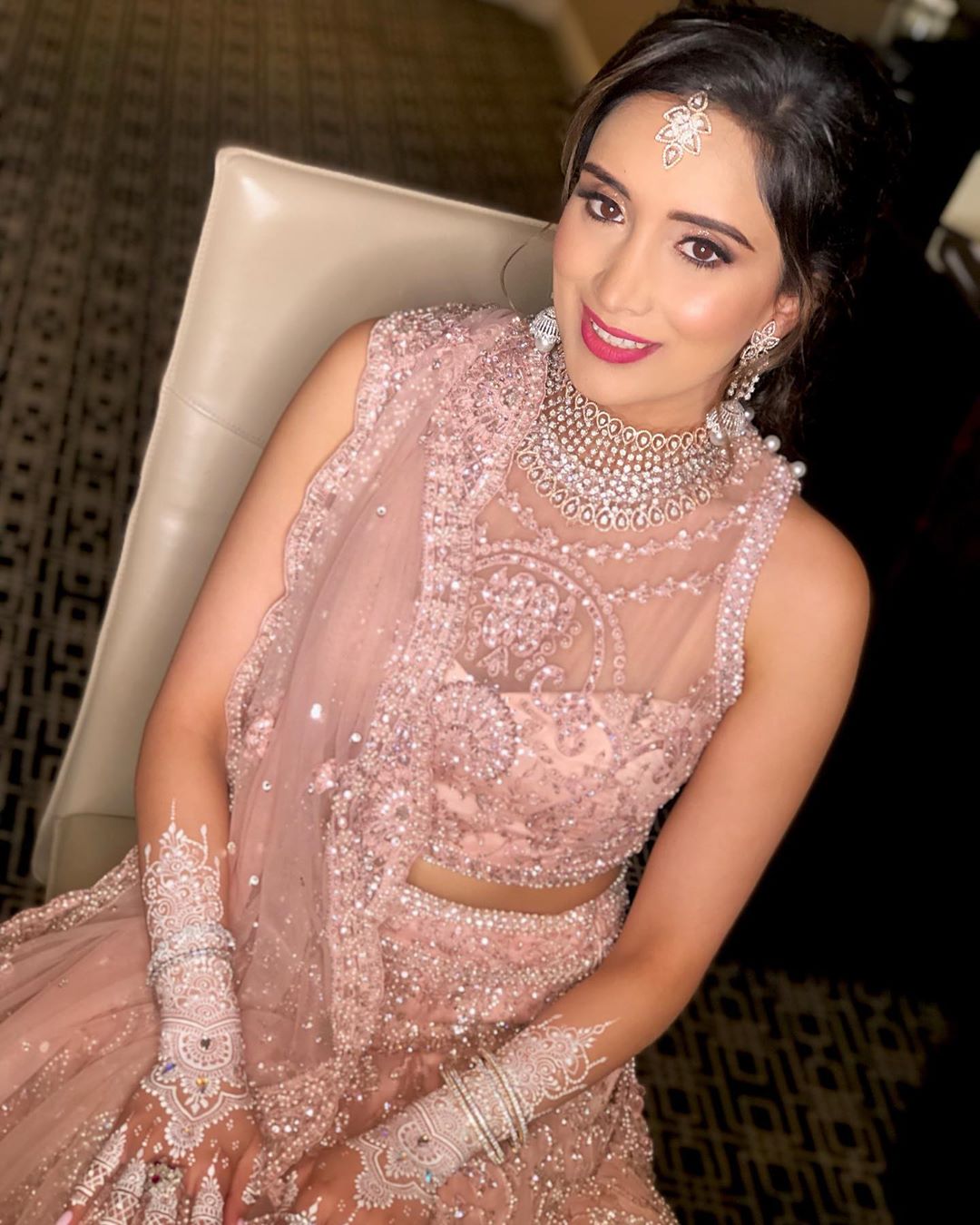 On the other hand, her handsome groom-to-be had opted for a buttoned-blazer in a purple hue with matching pants. The bride-to-be had also given a special performance for her soon-to-be husband on the song, Raabta. 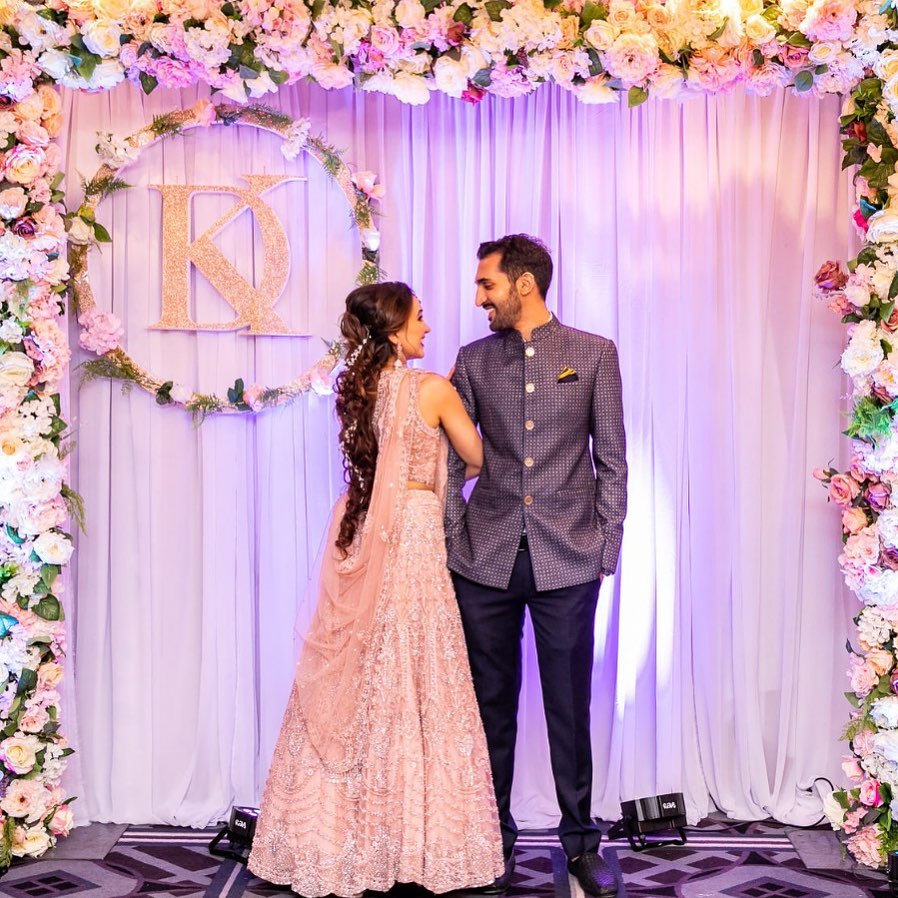 Well, we are totally in love with the white mehendi! What about you?

Sabyasachi Bride, Who Opted For A Unique White Lehenga For Her 'Sanjay Leela Bhansali' Style Wedding