These actresses had no qualms flaunting their baby bumps in public. In fact, they made their journey of pregnancy more cute and adorable with their photoshoots and fashion statements. 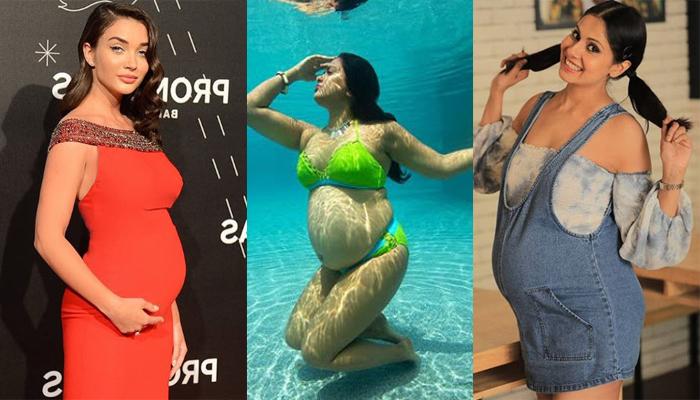 Gone are the days, when the news of being a pregger was kept under the wraps. In fact, the new-age mommies today, explain the whole new chapter of their life in a fun and unique way. Saying that, let’s check out the maternity pics and photo-shoots of few of our Bollywood and telly divas who had made it very clear that pregnancy is the most beautiful journey in a woman’s life and that it is something that the world should see.

While these divas were all set to give birth (still due for some in the following listicle), the baby behind the bump had already planned to give birth to their mommy dear's new fashion and style statement. Here are the pics and details to watch out for. 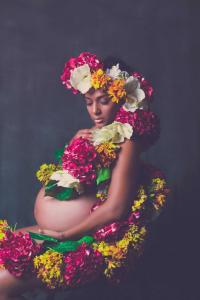 Well, having one of the coolest babes around, you certainly don’t need a style editor to up your fashion game while you are expecting. We could see Pyar Mein Kabhi Kabhi actress and TV’s famous personality, accommodating the new life within, in a totally different avatar. As her belly was expanding in expected ways, so were the actress’s joy and sense of style. She had shared many of her baby bump pictures and photoshoots on Instagram. Out of which one has been named as “blooming” that depicted flowers all around her belly. 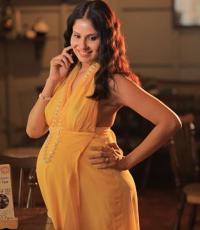 The belly stretched and so did her soul, spirit and desire to flaunt it off with pride. Actress Chhavi Mittal deserves an award to make her pregnancy an exciting phase of transition, growth and the new beginning. Chhavi got married to actor Mohit Hussein in 2005 and on December 20, 2012, they became parents to their first child, Areeza. In 2019, the lovebirds embraced parenthood for the second time. They were blessed with a baby boy in July and they have named the little ball of happiness as Arham Hussein.

Also Read: Chhavi Mittal Reveals A Secret About Losing Post-Pregnancy Weight, Asks Mommies To Be On Their Feet

The star holding a little star inside made it all look miraculous through her serene and divine-looking underwater photoshoot with the baby inside.The buoyant baby must be all praises for her bold, daring and extraordinary mother who had left no stones unturned to be noticed. Actress Sameera Reddy, who got married to Akshai Varde on January 21, 2014, had gone for a breathtaking underwater shoot which makes us say that the dusky actress has raised the bar on stunning, maternity photoshoots. 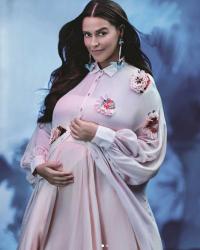 Neha Dhupia had been perfecting her maternity looks and it is not very hard to see why. Her pregnancy photos that went viral, have been continuously inspiring other moms-to-be to step up their pregnancy with loads of style mantra. Here is one of the masterpieces that we got to see during her pregnancy days. The Qayamat: City Under Threat actress had an intimate wedding with Angad Bedi on May 10, 2018, and the couple has become proud parents to a baby girl, Mehr Dhupia Bedi.

Despite all the pains of pregnancy and birth, Page 3 actress Konkona Sen, flaunted her baby bump like a pro. In fact, the bumpy ride was made more remarkable by adding a fashion sense to it. The talented Bollywood actress had been bold enough to pose for a magazine cover with her bare baby bump. The couple Konkona Sen Sharma and Ranvir Shorey were blessed with their first son, Haroon was born in March 2011.

Seems, Genelia Deshmukh’s maternity fashion and style statement kept getting better and better. She went all out to make a chic statement during her second pregnancy. However, her first pregnancy too was equally special. From wearing ultra-stylish outfits to having a maternity photoshoot, the Jaane Tu...Ya Jaane Na actress had never compromised on her personal style. Genelia's maternity photoshoot for her baby with black and white effect definitely looked bump-friendly. The beautiful picture instantly caught everybody’s attention.

Throughout the pregnancy, the glow was hard to miss on Bollywood diva, Kareena Kapoor Khan. Why not? After all, she had been getting the company of the famous little munchkin, Taimur Ali Khan, inside. The bubbly actress had her heart go walking all around when she had sashayed on the ramp, made appearances on stages or had public appearances with the baby-bod. She also walked the ramp for designer Sabyasachi Mukherjee at the Lakme Fashion Week, during her second trimester. All this had proved that the mother was not only about to give birth to her baby but also to loads of new possibilities. Bebo had inspired millions then and now when she kept on losing her flab like a pro after giving birth to Taimur Ali Khan on December 20, 2016. 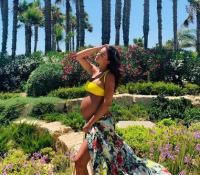 The Singh Is Bling actress, Amy Jackson has captured the incredible moments with her munchkin inside in an extremely edgy and quirky way. Along with the body, her mind and attitude too were changing when she was pregnant with her first child, and, it was all there for us to see. It was on Mother’s Day 2019, that the Bollywood and British film actress, Amy had announced her pregnancy on social media with an adorable picture with her fiance, George Panayiotou. It seems, the actress who is in her last trimester now, had an opportunity to break all sorts of supposed fashion rules and had been dressing only for her pregnancy.

The magical time was to be told to the world. And this was quite visible through the perfect poses of the actress showing off her baby bump. The maternity photoshoot of the Dilwale Dulhania Le Jayenge actress totally matched her personality. Don’t you think that the talented actress had turned her waiting game of sickness, stress and back pain into excitement, fun and pride? The picture says it all.

Actress Esha Deol went forward in her boldness, beauty and fashion game as she flaunted her baby bump with lots of fun, panache and pride. The Kyaa Dil Ne Kahaa actress was not only happy going wider and rounder with her body, but with her attitude as well. On a post dated May 26, 2019, Esha Deol had written, “The heat is on and so is my Third trimester.” Now that’s truly commendable. Esha Deol had welcomed her second child with husband Bharat Takhtani on June 10, 2019, whom she has named Miraya Takhtani. The couple had welcomed their first daughter Radhya Takhtani on October 2017. 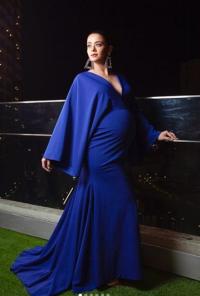 Sacred Games actress Surveen Chawla had lived her big bloated self like none other! Along with the creation, there was an essence of celebration, fun and a little bit of style factor too during her pregnancy days. The actress’s entire maternity looked like perfect preparation for her upcoming motherhood. She had given birth to a daughter, Eva on April 19, 2019. The very next day, she had revealed the name of her princess by taking to Instagram.

Though the baby was still not born, it definitely gave birth to the style factor and fashion sense to not only mom-to-be but the dad as well. The couple Arpita Khan Sharma and Aayush Sharma had an extravagant and star-studded wedding which had made headlines. But for the news that there was a baby on the way, they let the bump do the talking. Yes, they had an extremely beautiful maternity photoshoot while Arpita was pregnant with her first child. Clad in white attires, they had made the photoshoot look awesome and marked the beginning of a new adventure in life in a stylish way.

Do read: Stages Of Pregnancy Week By Week: Developments Of The Baby In A Pregnant Woman's Womb

For all the advice you need for your closet or your fashion game while you are carrying a baby inside, these celebrity divas are just by your side to turn you into a pro. So, all the mommies-to-be out there, if there is a baby on the way, now you know whom to watch out for!