Hrithik-Sussanne To Arbaaz-Malaika, Couples Who Ended Marriage Without Washing Dirty Linen In Public

Hrithik-Sussanne To Arbaaz-Malaika, Couples Who Ended Marriage Without Washing Dirty Linen In Public

These celeb couples did not want to live with grief in their matrimony. So, to minimise the emotional trauma, they decided to split with their partner and move on.

There are a bunch of couples in the showbiz, who did not want to carry the emotional baggage of stress and difficulties in their marriage and have separated due to irreconcilable differences. The break-ups and divorces of a few have disappointed their fans, however, the separated celebs made it a point to make it all amicable and mutual. Calling it off is never easy and there is no right way to get over a breakup. Instead of feeling guilty, blaming each other and fighting; they believed in re-inventing themselves.

Thankfully, more than a few celeb couples handled the crisis in a mature and mutual way. Either for the sake of their kids, to maintain peace and truly understand the dignity of love, these couples went ahead with their breakup or got divorced from their significant other.

Rohit Roy's Wife, Manasi Joshi Has A Special Message For Him And His Upcoming Show, 'Sanjivani'

Recommended Read: Bollywood Celebrities Who Married Their Fans And Broke A Million Hearts “The two people who decide to part ways are the only ones who will know the real reasons for it. For people to point fingers and insinuate is very unfair. It’s wrong to judge. Arbaaz and I have moved on, amicably. We have to be sensitive to our child (Arhaan) and his needs.” 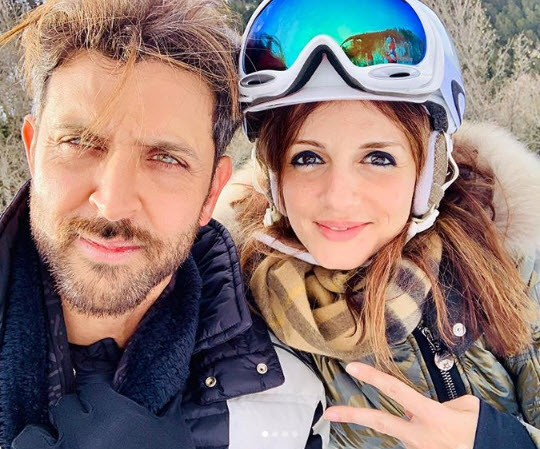 The star couple disappointed a lot of people by announcing their separation and divorce. Their thirteen-year-old relationship was put to an end in 2013 but they did not beat themselves over the fact that it did not work. They finally went for a divorce in November 2014. Sadly, it didn’t turn out to be fairytale for the Bollywood couple. Despite the setback, the couple makes it a point that they spend quality time with their kids.

"The court has granted a divorce to both of them. It was a divorce by mutual consent." They were really good partners and the news of their breaking up too came as a shock to the fans. But Farhan and Adhuna handled the situation with ease and let themselves find joy in their independence. Farhan and Adhuna got married in 2000 and have announced their separation after 15 years of staying in marital bliss. The duo has two daughters from their marriage— Shakya and Akira. They issued a joint statement together which read:

“This is to announce that we, Adhuna and Farhan, have mutually and amicably decided to separate. Our children remain our priority and it is immensely important to us, as responsible parents, that they be protected from unwarranted speculation and public glare. We sincerely request that we are given the privacy that is required at this time to move forward in a dignified manner.” Love and marriage did not work for this celebrity couple. Though their relationship went through a lot, they decided to end it all on a happy and positive note. It was just a month before celebrating their 10th anniversary that Raghu and Sugandha announced to lead on to their own paths. Today, Raghu is not looking back and just enjoying the happy phase of his life with Italian-Canadian singer-wife, Natalie Di Luccio. Once, he shared in an interview to a media portal:

“Sugandha was the first one to know about Natalie from me. She said that if she had to pick a girl for me it would be her. They’ve had many conversations behind my back. I am sure Sugandha has given some advice on the do’s and don’ts with me. She also told me about the mistakes I should avoid making this time.” 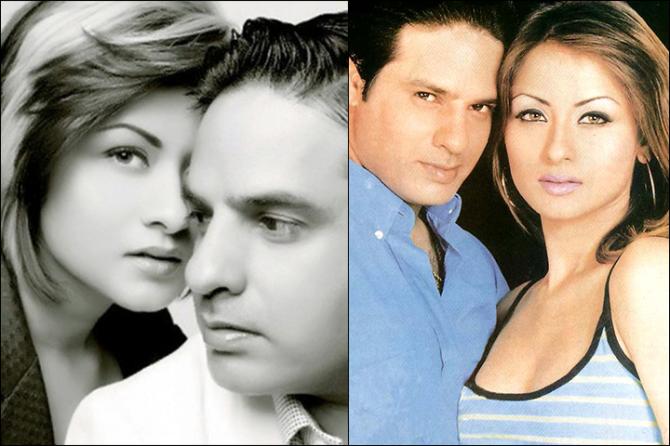 Aashique star, Rahul Roy had officially called it quits with his wife Rajlaxmi Khanvilkar after 14 years of marital union. He met the then prominent model as well as a makeup artist in 1998 through a common friend at a social event. Their mutual and consented divorce came as a shock to a lot of fans. The Bollywood actor shared in an interview that the decision was mutual and that they should part ways. The Bigg Boss season 1 winner was quoted as saying: 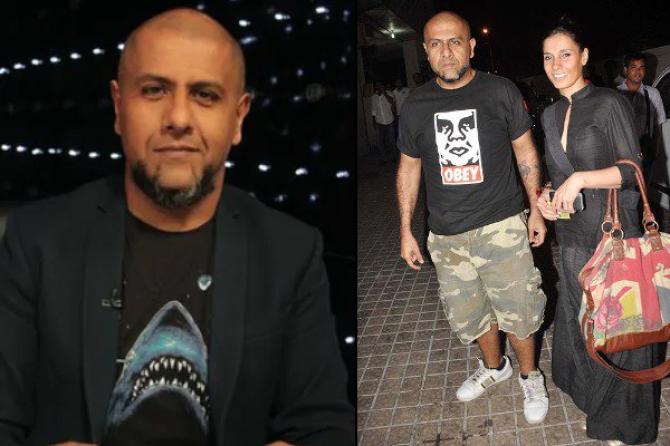 The Bollywood singer-composer, Vishal Dadlani and Priyali Kapur are one of the celeb couples, who broke up without any harsh feelings. They had truthfully dealt with their feelings and came to the decision of getting separated. The couple tied the knot in 1999 but started facing issues soon. In 2017, Vishal released a statement announcing his divorce which could be read as:

“After several years of living separately, Priyali and I are officially filing for divorce. This is the only statement either of us wishes to make as this is a private and personal matter, and we hope it will be respected as such. Over our time apart, we have become perhaps greater friends than we have ever been before. Both our families are extremely close, to us and to each other, and of course, this will remain so. Our private lives have always been extremely personal to us, so we humbly ask for dignity and privacy in this regard. Thank you.” 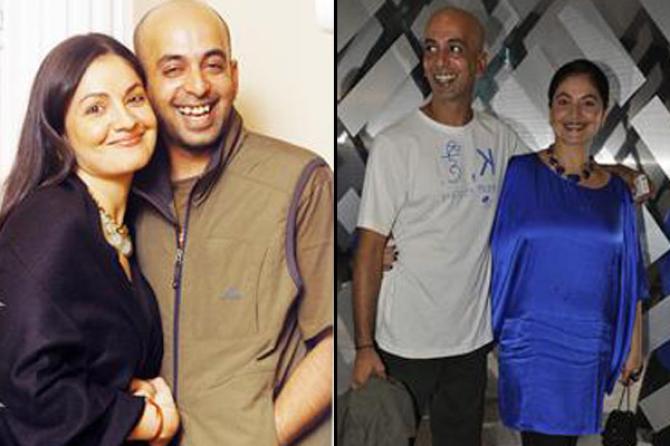 Cracks started to appear in Pooja Bhatt and Manish Makhija’s relationship who got married in 2003. The talented actress and the director, Pooja Bhatt listened to her inner voice and went on to end it all for once. She expressed her emotions and feelings about her marriage on Twitter:

“To all those who care and especially those that do not my husband Munna, and I have decided to part ways after 11 glorious years of marriage. Our split as some might call is amicable and we hold each other in the highest esteem for now and forever.” Aamir and Reena married and stayed with each other for 15 long years. As the relationship was on the downside and they could not cope with each other, they decided to call it quits. The duo got married in 1986 and in 2002, the couple filed for mutual divorce at a family court in Mumbai, citing their ‘temperamental differences’ as the reason. As per reports and sources, the real reason behind the split was his relationship with Kiran Rao. However, Reena and Aamir continue to be good friends and have two children together– Ira and Junaid.

Also Read: 5 Famous Actors Of Bollywood Who Were Raised By Single Moms 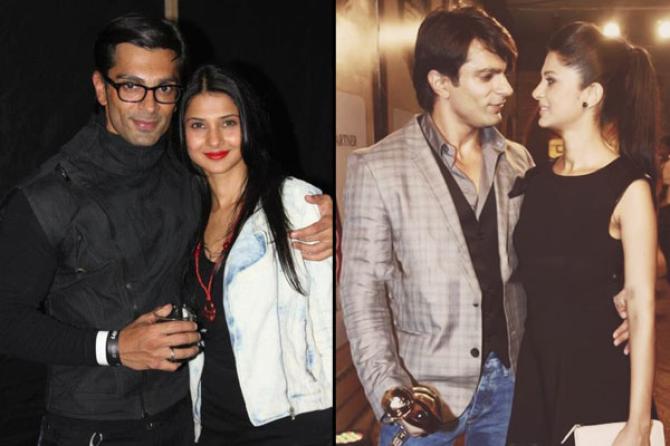 The young telly couple truthfully dealt with their feelings and worked hard to come to a final decision in regards to calling off their marriage. Perhaps, settling down at an early stage in life could be the reason for their split. The on-screen and off-screen jodi was loved by thousands of fans. It came to their dismay when actor Karan Singh Grover had taken to Twitter, to reveal the news of his impending divorce. Here is what he had tweeted:

“For all those who are concerned, you might have heard that Jennifer and I have separated and will soon be getting divorced. I just wanted to confirm that it's true. The decision has been mutually agreed upon and the reasons are too personal to share." The couple was giving us relationship goals until we came to know about the brutal truth of Arjun and Mehr’s separation. They had bid goodbye to each other after 20 years of their marital union. Arjun Rampal and Mehr Jesia got married in the year 1998 and decided to bring it to an end in the year 2018.

“After a 20-year-long beautiful journey filled with love and beautiful memories, we would like to share, that all journeys have different paths. We feel that it is time for us to move on to different destinations henceforth.”

Have a look: Rare Throwback Picture Of Salman Khan And Aishwarya Rai Happily Posing Will Take You Back To The 90s Daughter of actress Neena Gupta and ace designer Masaba Gupta went through hardships in her marriage and had finally decided to part ways from her husband, Madhu Mantena. One of the famous faces of the fashion world was on a trial separation with her spouse for seven months. She has also written an emotional note on her Instagram profile depicting the hardships she had been going through. She and her producer husband Madhu Mantena have released a joint statement which reads as:

"After much thought and consideration, we have come to an amicable conclusion on all matters. We have decided to move forward separately and get divorced."

Hats-off to the couples for their post-breakup and divorce etiquettes. Moving on after breaking up with someone whom they thought was ‘the one’ is not easy. There is a lot to learn from the couples who have admitted to their mistakes, have seen tough times and have come out happily and amicably.