Veteran actress, Tanuja turned a year older on September 23, 2020 and her younger daughter, Tanishaa Mukerji shared an adorable wish for her mommy with some rare pictures.

We wait for an entire year to celebrate the most special day of our lives with our loved ones. From WhatsApp messages to phone calls, every wish makes us feel special. The excitement over one’s birthday never seems to fade and with every year we eagerly look forward to it. Veteran actress, Tanuja turned a year older today and has been receiving lovely wishes from her friends, family and fans. On her special day, her younger daughter, Tanishaa Mukerji shared a special wish for her. (Also Read: Mommy-To-Be, Anushka Sharma Is Munching On Some French Fries, Post Hubby, Virat Kohli's Win)

Daughter of filmmaker, Kumarsen Samrath and actress, Shobhana Samrath, Tanuja ji was born to shine. Following the footsteps of her grandmother, Rattan Bai, aunt, Nalini Jaywant and sister, Nutan, she had embarked her acting journey as baby Tanuja in Hamari Beti. Later, she had made her debut in Chhabili, directed by her mother. Tanuja is known for her splendid performances in movies like Jewel Thief, Nai Roshni, Chand Aur Suraj, Mere Jeevan Saathi, Anubhav, Haathi Mere Saathi and many more. She had gotten married to filmmaker, Shomu Mukherjee in 1973 and is the mother of actresses, Kajol and Tanishaa. 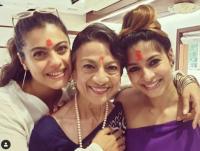 On September 23, 2020, Tanuja ji turned 76 and her friends, family and fans have been pouring wishes for the veteran actress. Her younger daughter, Tanishaa took to her IG handle and shared rare pictures from her 1976 Gujarati film, Malavpati Munj. In the monochrome pictures, Tanuja ji looked beautiful in a saree and flower garlands around her neck and wrists. Along with the pictures, Taishaa wrote, “#happybirthdayweek #happybirthdaymommy.” 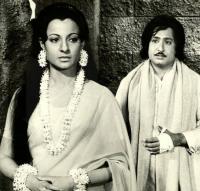 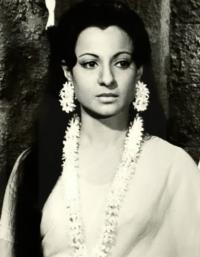 Last year on September 23, 2019, Tanishaa had shared an adorable wish for her mother. She had taken to her IG handle and had shared two pictures. The first one was a candid picture with Tanuja ji, Kajol and Tanishaa in the frame, which she had captioned as “Happy birthday my darling mother… we are because of you!” And the second was a solo picture of Tanuja ji which was simply captioned as “Happy birthday day mommy!” (Also Read: 'Just Married' Poonam Pandey's Husband, Sam Bombay Arrested In Goa For Assaulting Her) 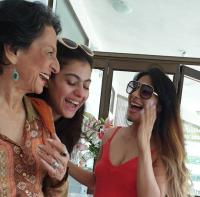 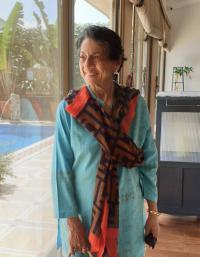 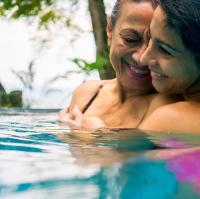 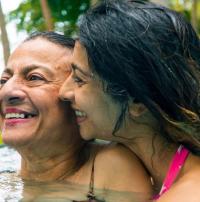 On May 2, 2020, Tanisha had taken to her IG handle and had shared some lovely throwback pictures with her mom, Tanuja. In the picture, the doting daughter had struck similar pose as of her gorgeous mother. Along with the pictures, Tanishaa had written, “Throwback to these pics with my fabulous mom for some magazine feature back in the day! #posers #mommyandme #tanuja.” 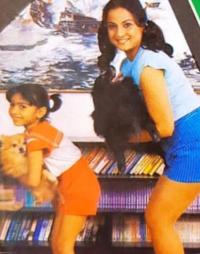 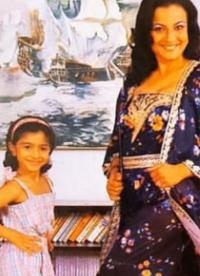 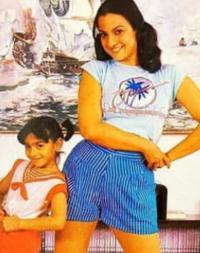 In the 59th Filmfare Awards, Tanuja ji was felicitated with lifetime achievement award and she was accompanied by her daughters, Kajol and Tanishaa. While walking the red carpet, the veteran actress was asked about Tanishaa’s marriage plans, to which she had replied, “I don’t need to worry about Tanishaa’s marriage as I know, the day she decides to get married, she will come and tell me.” Tanishaa, who was also present at that moment had added, “Our lifetime has just started so marriage will happen when it has to happen. We are not worried about it at the moment.” (Also Read: Anand S Ahuja Reveals The First-Ever Snap He Sent To Sonam Kapoor Ahuja On Snapchat Was About This) 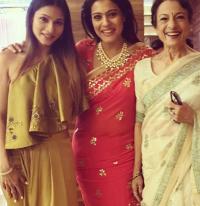 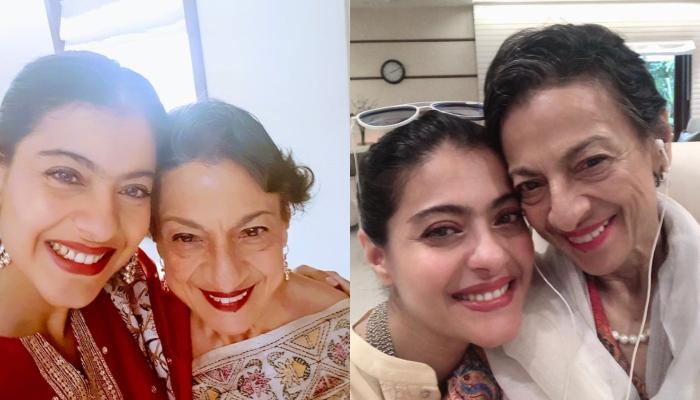