Anushka Sharma is enjoying her pregnancy phase. Recently, we spotted her satisfying her cravings with some french fries. Check it out!

The journey of being a mother is not an easy one, the wait seems to be too long and counting months, weeks and days become difficult. While for some women it is filled with dizziness and sleepless nights, there are some, who fight it and work hard towards making their every day into a happy one. After all, it is the most magical experience to feel a life growing inside you. And Bollywood actress, Anushka Sharma is enjoying every second of her pregnancy journey.  (Recommend Read: 'Baa Bahoo Aur Baby' Fame, Sucheeta Trivedi Reveals Her Gift For Hubby On 2nd Marriage Anniversary)

On August 27, 2020, Indian cricketer, Virat Kohli and and B-town beauty, Anushka Sharma had given a sweet surprise to their fans when they had announced their pregnancy news. The duo had shared a beautiful picture, wherein Anushka was seen wearing a black polka-dot dress and had flaunted her cute baby bump. In the picture, we could also see Virat, who was posing with her. The duo had captioned the pictures "And then, we were three! Arriving Jan 2021."

On September 22, 2020, we spotted Anushka satisfying her food cravings. The actress took to her Instagram handle and shared a glimpse of how she is enjoying the best phase of her life. In the video, we can see the actress dipping some french fries in a dip, and giving a thumbs up for it. However, we missed her expression as the video only had a close-up for her hand. Check out the screenshot of the same: 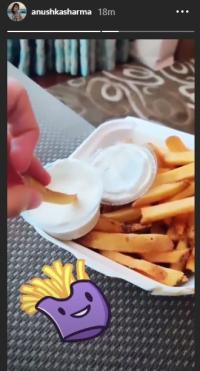 A couple of weeks ago, we had gotten hold of a video, wherein Anushka was seen  munching on some snacks in the midst of a work call. In the video, it was looking like she had forgotten that she was on a work call as she had picked some snacks from behind her laptop and had started munching. Later on, when she had realised that she is on a call, she had given her cute expression that made us fall in love with her.  (Also Read: Ali Fazal Supports Richa Chadha As Her Name Was Dragged In #MeToo Allegation Against Anurag Kashyap)

On September 21, 2020, the soon-to-be-mommy, Anushka had shared a gorgeous picture in a monokini. The actress could be seen taking a dip in the pool. However, it was her pregnancy glow and her cute baby bump that made the picture special. Alongside the picture, Anushka had written, "Acknowledging the good that you already have in your life is the foundation for all abundance" - Eckhart Tolle. Gratitude to all those who showed me kindness and made me believe in goodness in this world , opening my heart enough to practice the same with the hope to pay it forward. Because ... " After all , we are all just walking each other home " - Ram Dass."  (Don't Miss: Rhea Chakraborty's Custody Extended Till October 6, Deepika Padukone's Manager Was Summoned By NCB) 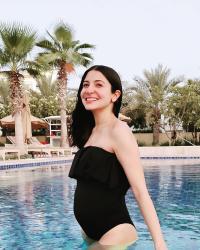 Well, we love Anushka's and the fact that she is enjoying her pregnancy to the fullest! 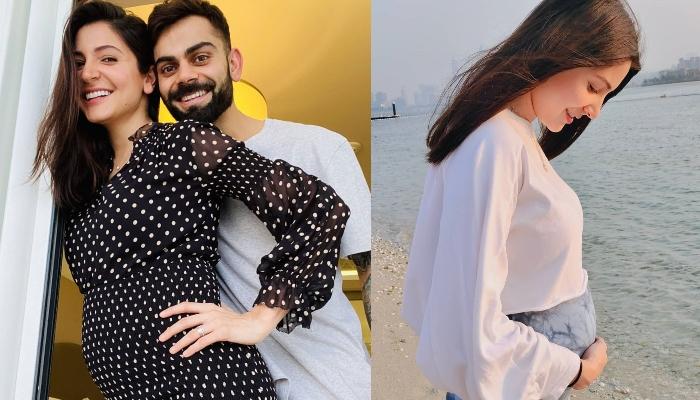 No fancy words or quotes can ever describe the emotions of a woman when she sees the red lines on her pregnancy test kit. While the journey of being a mother is a process full of magic, the nine-months period is like rollercoaster ride with a volcano of emotions. From that moment, she starts thinking