We have got a video of Taimur Ali Khan, where his enthusiasm for birthdays can be clearly seen as he excitedly sings birthday song for a staffer. Check out the video inside!

Taimur Ali Khan had become India’s most favourite star kid right after his birth when his first picture had hit the internet. People could not stop, but wonder, how a child can look so gorgeous! However, we all know the credit goes to his genes, which he got from his parents, Kareena Kapoor Khan and Saif Ali Khan. It was on December 20, 2016, when the little prince of Pataudi palace had made his place into our lives and his chubby red cheeks and grey eyes, still make our hearts go aww. (Also Read: When Ranveer Singh's Airport Look Of Reversible Long Gucci Coat Worth Rs 3 Lakh Made Us Feel Broke)

The little baby, who has millions of fans, is soon going to become an elder brother, but his cute little antics won’t ever make our love fade away for him. Even when Saif and Kareena try to keep Taimur away from the limelight, we often get his videos on social media, making a buzz. Now, we have got a video of Taimur, where his enthusiasm for birthdays can be clearly seen.

Taimur is soon going to be 4 years old and the recent video proves that he is sure hell excited for his birthday. Scrolling through our social media feed, we stumbled upon an unseen video of Tim, where he can be seen singing a birthday song with happiness and zeal. In the video, Taimur can be seen sitting and singing the birthday song with his parents, Saif Ali Khan and Kareena Kapoor Khan as one of their staffers cut his birthday cake. Taimur’s pitch goes high in between, and then Saif reminds him to sing nicely and the loving son follows his father’s instructions.

Kareena Kapoor Khan, Saif Ali Khan and Taimur had celebrated their Diwali in Dharamshala and the family was joined by Malaika Arora and Arjun Kapoor. A video of them walking on the streets had gone viral over the internet and we had loved Taimur’s reaction to the paps. While all the five stars were walking on the streets of the beautiful hill station, some people had started taking pictures of them, and it was little Tim, who had yelled at them, saying 'no photo'. The video had gone viral all over the internet, and all credits go to tiny Tim's cuteness.

Kareena Kapoor Khan and Saif Ali Khan had celebrated this year's Diwali in Dharmashala, and a glimpse of the same was shared by the actress on her IG handle on November 14, 2020. Kareena had posted a Boomerang, wherein she could be seen sitting with her husband, Saif Ali Khan and their little munchkin, Taimur Ali Khan. The cute family had cuddled up in front of a bonfire. Apart from that, Kareena had also posted a photo with her bestie, Malaika Arora, who was also in Dharmashala with them to celebrate Diwali. The mommy-to-be had donned a simple white kurta for the festive occasion and had paired it with a maroon dupatta, while Malaika had sizzled in a golden saree. (Don't Miss: Soha Ali Khan Shares An Unseen Picture With 'Bhai', Saif Ali Khan From Her 'Mehendi', On Bhai Dooj) 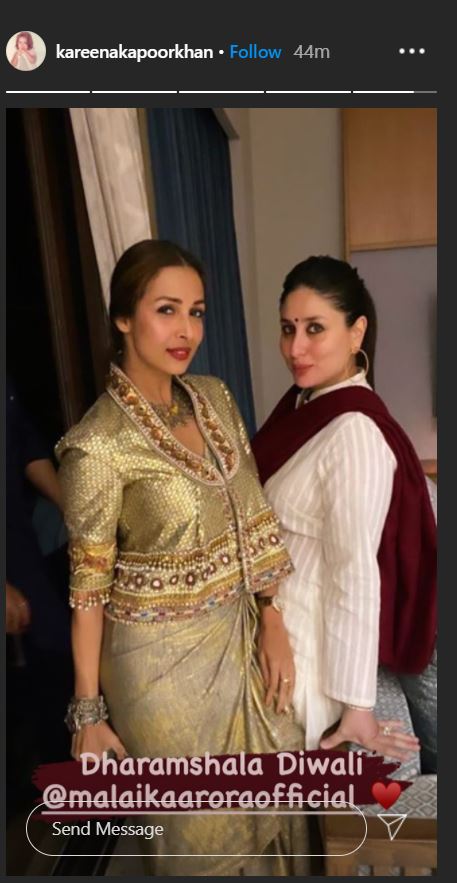 On September 18, 2020, Kareena Kapoor Khan had taken to her IG handle to share a video talking about the feeling of holding Taimur Ali Khan for the first time. In the video, Kareena was accompanied by her hubby, Saif Ali Khan and the soon-to-be second-time parents had spoken about the ‘surreal’ feeling of holding their little one for the first time in their arms. When asked, “What was it like to hold your baby for the first time?” while Kareena had said, “Even though I carried him for nine months, I think every mother experiences this. I just felt extremely surreal”, Saif Ali Khan had remarked, “I think we cannot describe it in words.” (Recommended Read: Shilpa Shetty Shares A Video Of Her Baby Girl, Samisha Celebrating Her First Bhooj Dooj With Viaan) Saif Ali Khan and Kareena Kapoor Khan had tied the knot in 2012. Four years later, in 2016, Kareena had given birth to a grey-eyed boy, Taimur Ali Khan, whose cuteness knows no bounds, making him an instant favourite baby of the nation. In 2021, Saif and Kareena welcomed their second