It was disheartening to learn the reports doing rounds on social media that Saif Ali Khan and Kareena Kapoor Khan had asked the paparazzi and social media not to click Taimur anymore. Just when our hearts were about to sink on hearing this news, we came to know that it was just a rumour, and we would definitely get our regular cuteness dosage of Taimur. (Also Read: 'Pyaar Ka Dard Hain' Fame Alekh Sangal Gets Married To Girlfriend Nazneen On His Birthday)

And guess what? Taimur Ali Khan is back with a bang! Until recently, you saw him waving at the shutterbugs, saying ‘hi’ and ‘bye’ to them, and also asking them to call him Tim. And now, he has gone to another level and can be seen shouting ‘No’ to the paparazzi. Coming out of Ahil Sharma's Halloween party of celeb kids, dressed in Vampire clothes, we can see Taimur’s swagger. And just when the paparazzi called out his name, he started shouting ‘No’. Take a look:

Not just this, in another pic which is going viral on social media, we can see Taimur pulling off his mom Kareena’s song, Chammak Challo wearing his monster tee. Check out: 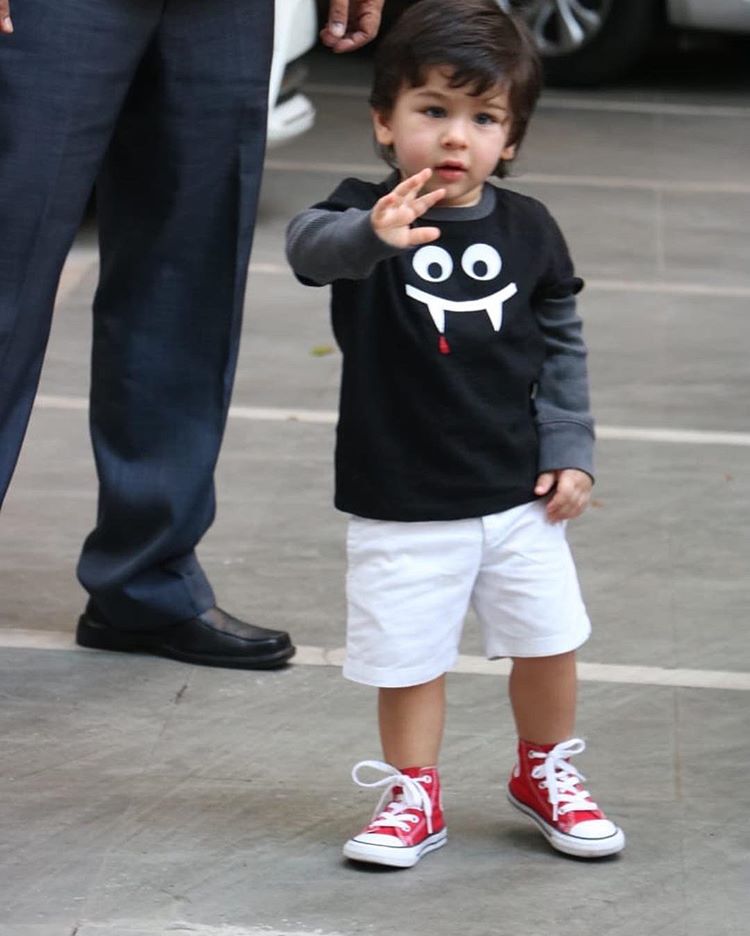 Earlier, it was reported, “Saif Ali Khan has requested the paps to not photograph baby Taimur anymore since at this age he has begun to register things in his mind more consciously. As parents, Saif and Kareena don’t wish that Taimur to start understanding the paparazzi culture and already get affected by it. Until now as a kid, he was just enjoying the flashes and attention as fun since that looked unique to him but since he’s growing up now, they don’t want him to register the pattern and start getting used to it”. But when SpotboyE approached Saif to ask if these reports are true, he replied, “Who are we to decide? Who will listen anyway? Of course, it's not true”. (You May Like: Asin Thottumkal's Daughter Arin Enjoys Joyride In Her Toy Car, Thanks Maasi Raveena Tandon For Gift)

Taimur’s crazy fan following is well known to everybody. And papa Saif recently commented on the same during the promotions of his film Baazaar. He was quoted as saying, “Every producer I am working with is half-jokingly say, "Haha can we put him (for promotions)". With white in his hair (referring to his look from Baazaar). With Kaalakaandi, they wanted to put rubber bands. In Hunter they want to put that Naga Sadhu wig on this poor guy”. 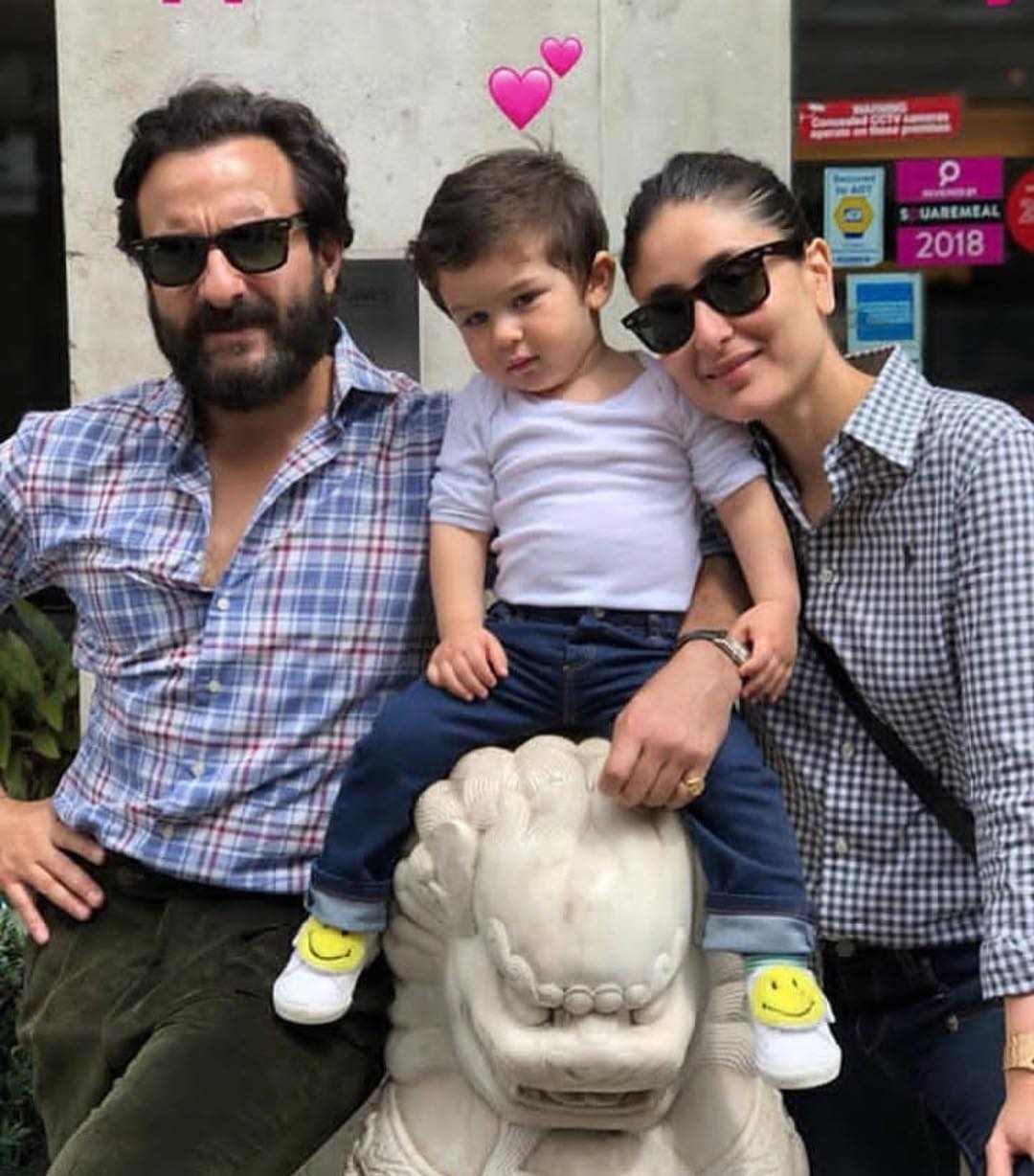 He further added, “My wife (Kareena Kapoor Khan) says, "Don't be so cheap. You can't sell your son (Taimur). I am like, "Why not? Let's sell him." Seriously yaar, he is any way there on the internet. I am just using this platform to say if anybody has any good nappy ads or anything... at a very reasonable price...it's not reasonable, it's quite expensive actually. And, I won't give him the money also. I'll give him some cash for his education, I am already giving it to him. And I'll spend the rest!” 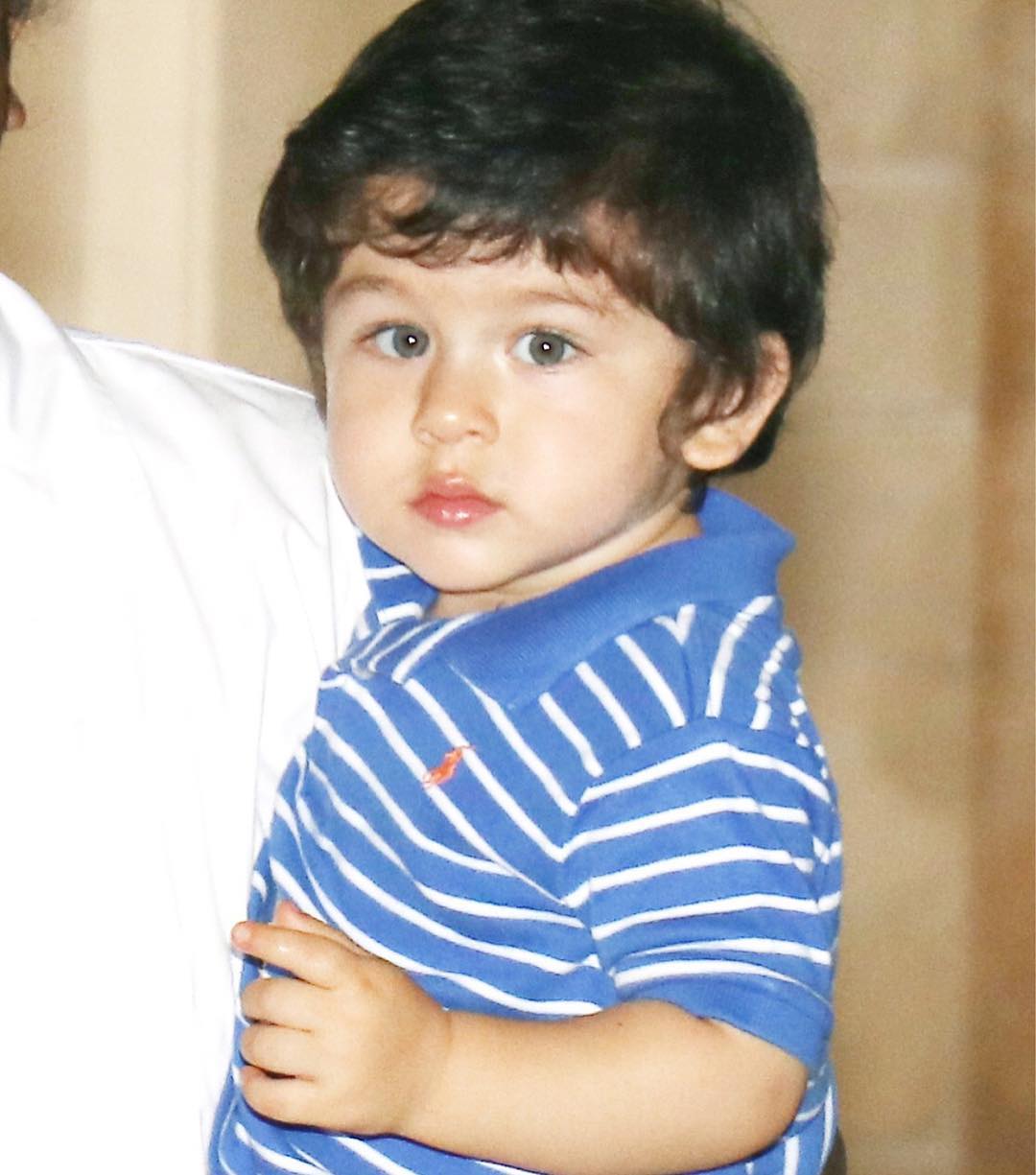 Both papa Saif and mommy Kareena has always been vocal about their stand on the way people click their son. Ina n interview, Kareena recently said, “I do not like the fact that every day, Taimur’s moves are being monitored and you know, pictures are being out, what he’s doing, what he’s wearing, discussing his hairstyle. But I don’t know how to stop it; they are just following him around”. (Suggested Read: Sushmita Sen's Latest Picture With Rumoured Boyfriend Rohman Shawl Is Giving Couple Fitness Goals)

Well, we are so glad that Taimur is back on social media fan pages. Guys, how did you like his swagger ‘no’ moment? Let us know in the comments section below.