Nothing can be better than getting married to the love of your life. Having someone by your side in times of need, in highs and lows, celebrating moments together, coming back home and seeing that smiling face with a candlelight supper all ready for you, this sums up the married life of every couple (with a few additions maybe!). Agreed? (Do Read: Ayushmann Khurrana's Kiss With Yami Gautam In Vicky Donor Led To Discord In His Marital Life)

Remember Star Plus’s superhit show, Pyaar Ka Dard Hai… Meetha Meetha Pyaara Pyaara? If you do, you will surely remember one of the cutest star casts of the show, Alekh Sangal. Yes, the actor had gotten engaged to his girlfriend, Nazneen Dharamsey on January 18, 2018 and had stated that marriage is on the cards later this year for them. And how truly has he kept his words!

'Pyaar Ka Dard..' Talented Fame Alekh Sangal Gets Engaged To His Love Nazneen On Her Birthday 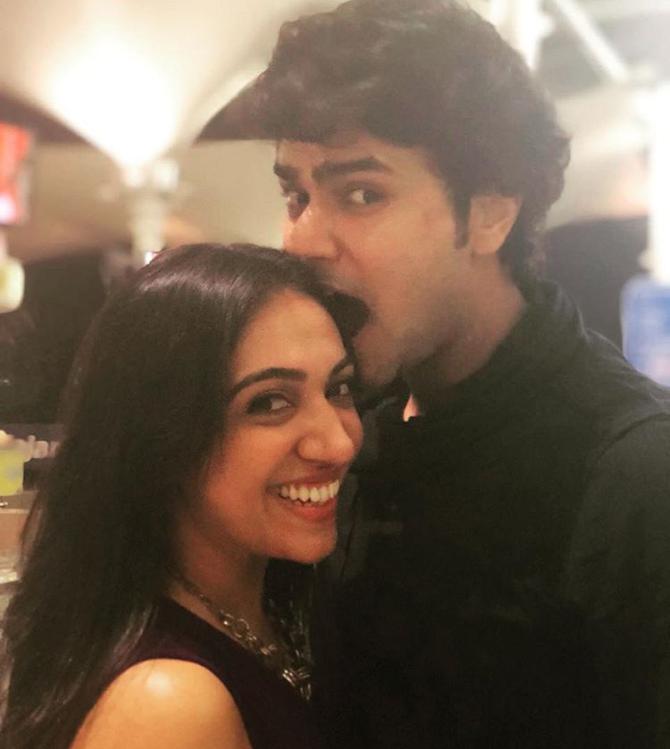 Yes people, Alekh is now a married man as he sealed his fate on the marriage registration certificate with his girlfriend-turned-fiancée, Nazneen on October 29, 2018, which happens to be Alekh’s birthday! The couple had an intimate court marriage, with a few friends and family members in attendance. Sharing a beautiful picture post their marriage registration, the newbie hubby wrote a crisp caption which could be read as, “Al : Naz 29102018!” As per reports, an intimate lunch was organised at Naazneen’s house for their friends from the industry where celebs like Nakuul Mehta with wife Jankee, Kunal Jaisingh, Kashmira Irani, Parakh Madan amongst others were present. Besides this, Alekh also shared a couple of Instagram stories on his ‘big day’. Checkout the same below: 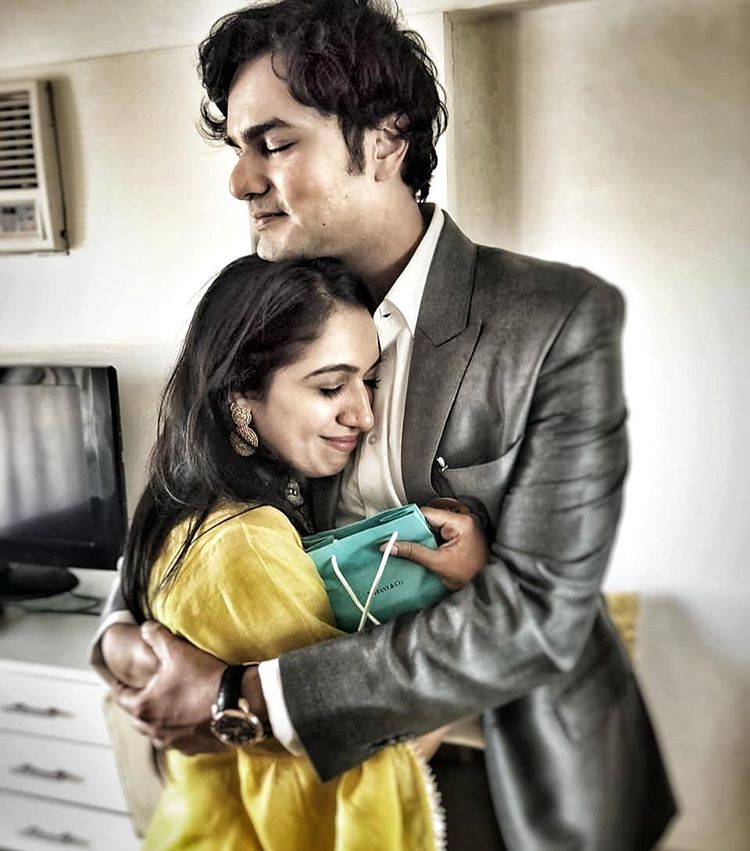 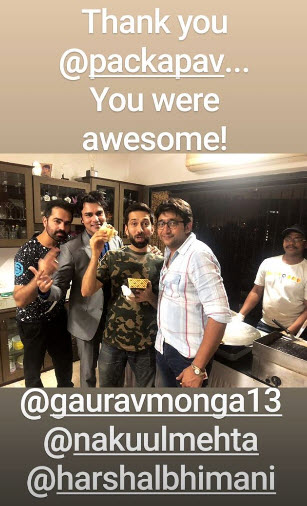 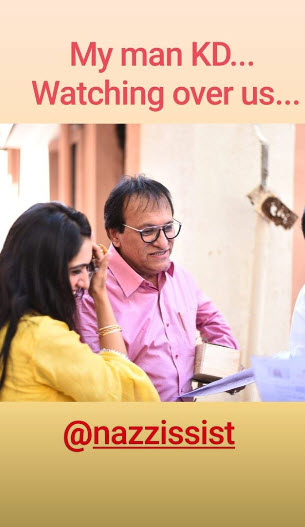 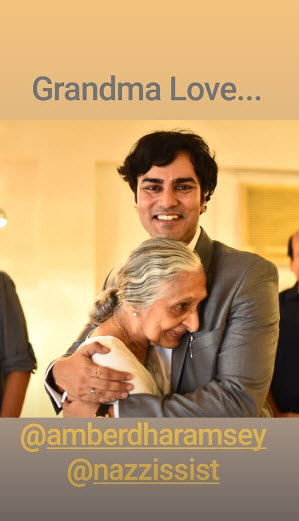 Aren’t all of them wonderful? Both Alekh and Nazneen’s 2018 birthdays will hold a supreme significance for the rest of their lives. Why so? On the missus’s birthday earlier this year (January 18, 2018), the couple had gotten engaged and on the mister’s birthday (October 29, 2018), the couple got married! In an interview with Daily Hunt, Alekh stated, “Our court wedding happened on 29 October, on my birthday. We had gotten engaged on her birthday, so wanted to make my birthday a dual celebration as well." Speaking about wedding functions and a social marriage, Alekh further added, “The wedding functions will take place in December." (Must Read: Deepika Padukone And Ranveer Singh's Wedding Venue Is A Grand Villa With Major Hollywood Connect) For the uninitiated, Alekh is a star kid. Yes, the Behen Hogi Teri star is famous television star, Aruna Sangal’s son. Starred in superhit movies like Dard with Rajesh Khanna in 1981, Aruna ji had posted a picture with his son and now bahu sometime back and captioned it as, “Mere 2 Anmoll Ratan.” Here’s the picture: 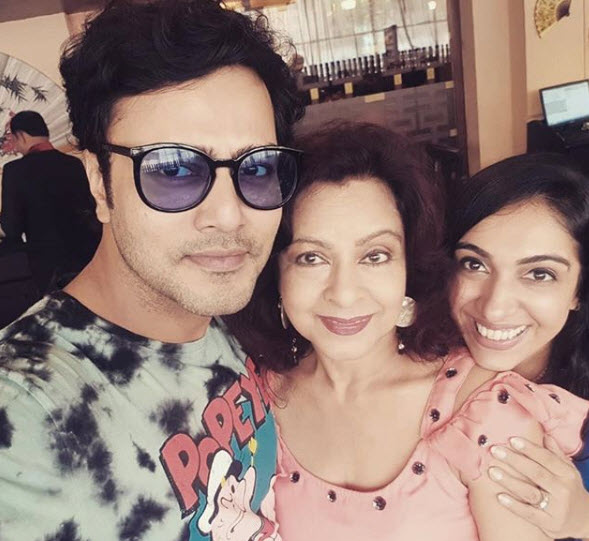 Also, let us give you a flashback of the couple’s engagement. As mentioned earlier, the couple got engaged on January 18, 2018, which also happens to be Naazneen’s birthday. Their engagement saw a wide array of famous television stars grace the occasion, namely Nakuul Mehta, Drashti Dhami, Kashmira Irani, Vahbiz Dorabjee, Ruslaan Mumtaz et al. Checkout a picture from the lot incase you missed it: 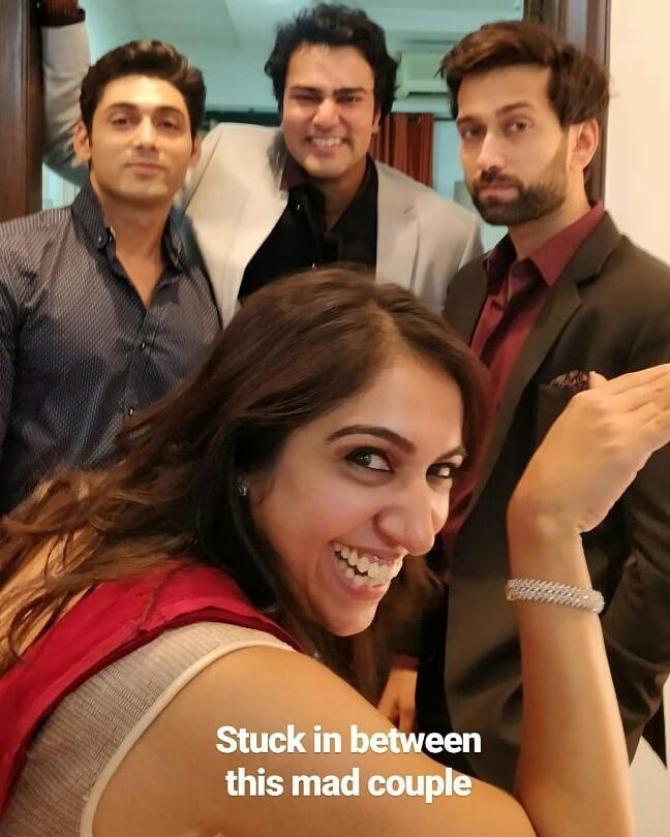 Speaking to Tellychakkar about his engagement, Alekh had earlier stated, “It is a beautiful feeling of falling in love and making that person your life partner. It was supposed to be a roka ceremony, which eventually turned out to be an engagement. It was Nazneen’s birthday yesterday, so I was a gift for her (smiles). The occasion got more exciting by having my close friends Nakuul (Mehta), Drashti (Dhami), Kashmira (Irani) and Ruslaan (Mumtaz).” He had further added, “Since I have so many couples around me, it inspired me as well to join the gang.” When asked about their plans to get married, Alekh said, “The wedding will take place by the end of this year.” And so it did! (Don't Miss! Rocky Jaiswal Writes Note For Hina Khan Praising Her For The Successful Journey She Had In Industry) 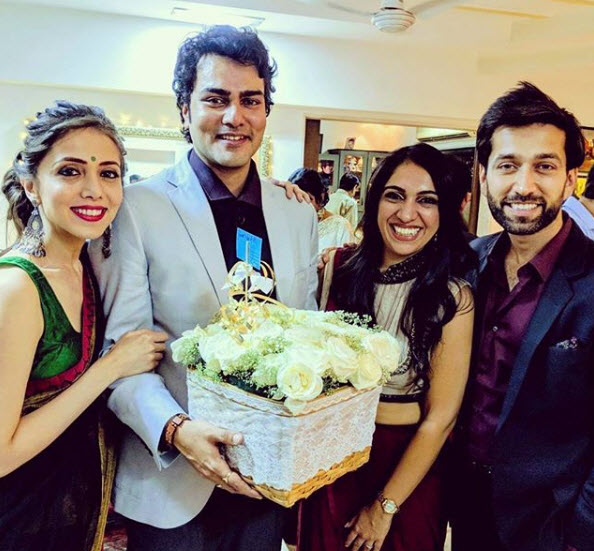 Tonnes of congratulations for the ‘just married’ couple! Wish them loads of happiness and an eternity of togetherness.

'Pyaar Ka Dard..' Talented Fame Alekh Sangal Gets Engaged To His Love Nazneen On Her Birthday