Popular celebrity, Sunil Grover, famously known as 'Dr Mashoor Gulati', is one of the highest-paying comedians in the country. Here's everything you need to know about his net worth!

Born on August 3, 1977, in a small town, Mandi Dabwali of Sirsa district, Haryana, Sunil Grover's journey to stardom without any godfathers in the entertainment industry is simply inspirational. Over the years, we have seen him winning everyone's hearts with his comic timing and acting chops. Not only on television, but Sunil has proved the mettle of his acting in films and even on OTT platforms. His most successful performances were seen in films like Ghajini, Gabbar is Back, Baaghi, Bharat, Goodbye, and many more. He also stunned everyone with his brilliant performances in critically-acclaimed web series, Tandav and Sunflower.

There's no doubt that Sunil Grover is going through one of the most stable phases of his acting career, as he is getting a lot of mega-budget movies and web shows. However, there's one show that played a huge role in bringing Sunil's amazing acting skills in front of the entire nation, and that is everyone's favourite comedy show, Comedy Nights With Kapil. In the show, Sunil played two comic characters, Gutthi and Dr Mashoor Gulati, which are still some of the most loved characters in television history. 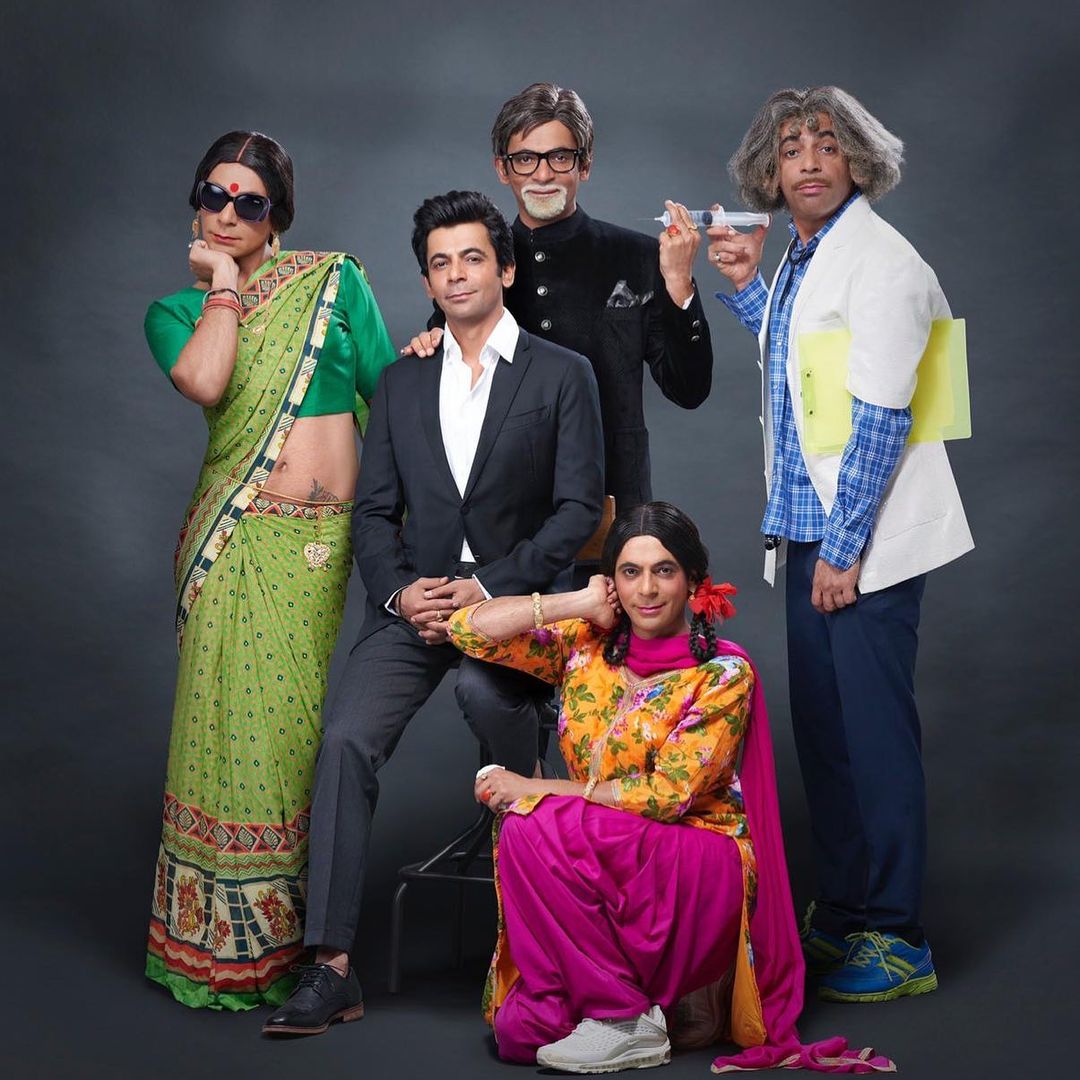 It's incredible to witness Sunil Grover's success with all the hard work and dedication he has put into his craft over the years and continues to do so. However, while everyone is aware of Sunil Grover's professional success, not everyone is aware of his lavish lifestyle and unknown facts about his life, which will definitely take you by surprise. So, without further ado, let's get straight into it! 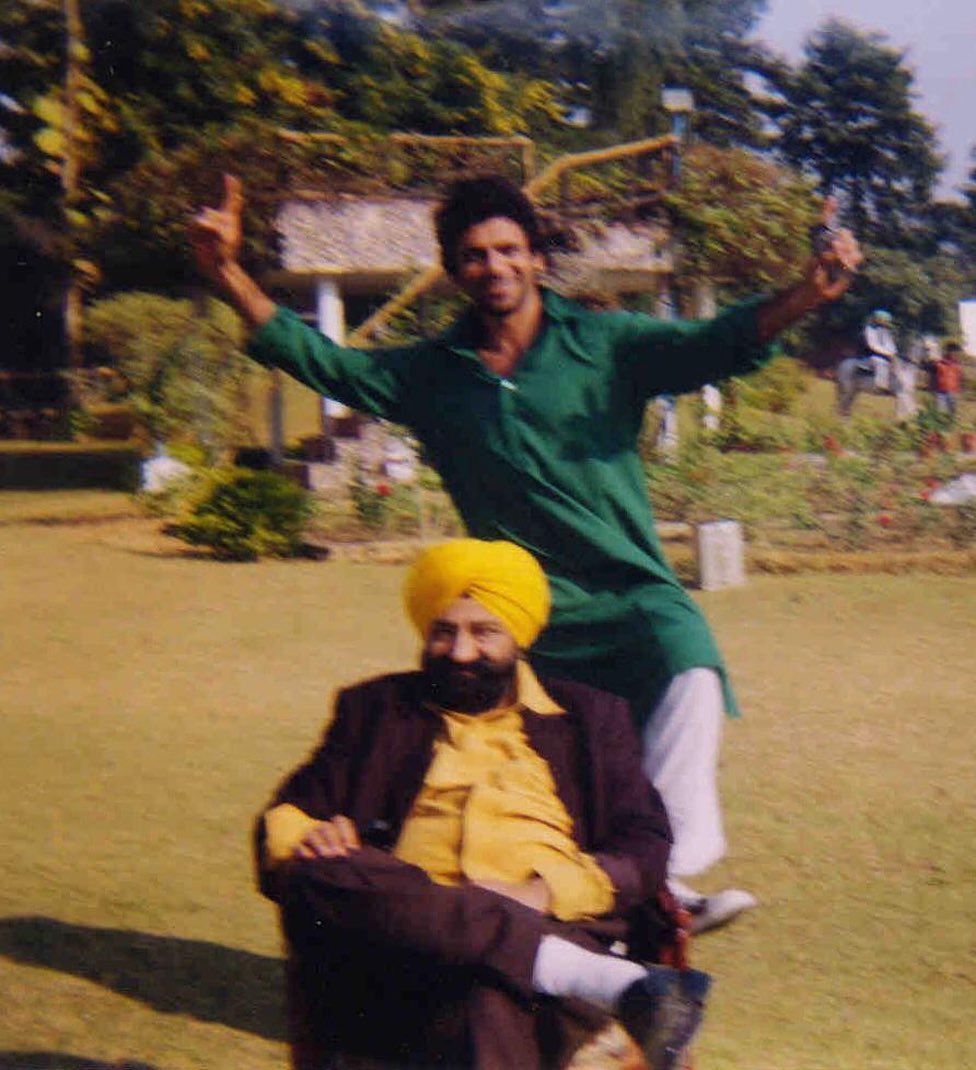 When Sunil Grover was pursuing Masters in Theatre at the Punjab University Chandigarh, he was actively involved in a lot of acting-related events. During one of the events, the iconic comedian and actor, late Jaspal Bhatti was invited, and it was when the latter noticed Sunil. If reports are to be believed, Jaspal had given some important career advice and played a major role in Sunil's entry into the film business. In many of his interviews, Sunil has always admitted that Jaspal Bhatti played a crucial role in his acting journey and was also the first person, who saw something in him. 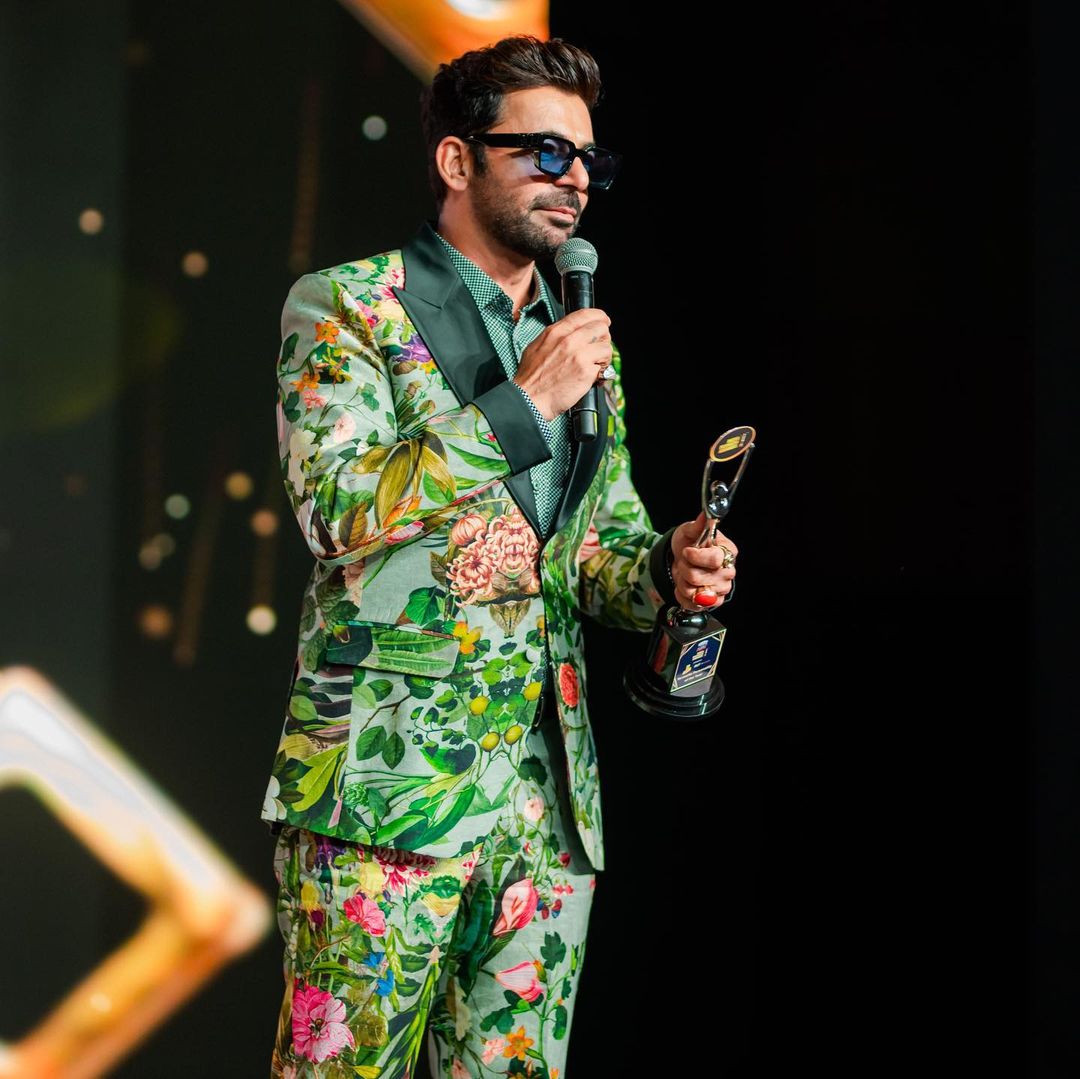 At the moment, Sunil Grover is one of the highest-paid comedians in the country. However, do you know anything about his first salary as an actor? If not, it will surely shock you, as he used to earn Rs. 500 for his role in a play. While working in a theatre, he used to earn only Rs. 500 per play, which was a tough time for him. However, he remained focused on his craft, and soon he achieved the success he deserved. The youngster from Punjab, whose first salary was Rs. 500, is now one of the highest-paid television actors in the country. While Sunil Grover's salary per episode gives everyone a little scare, it is quite hilarious how some people overlook his struggles and question the gigantic sum. The actor charges Rs. 10-12 lakhs per episode, and if reports are to be believed, these digits are only going to increase in the coming years. 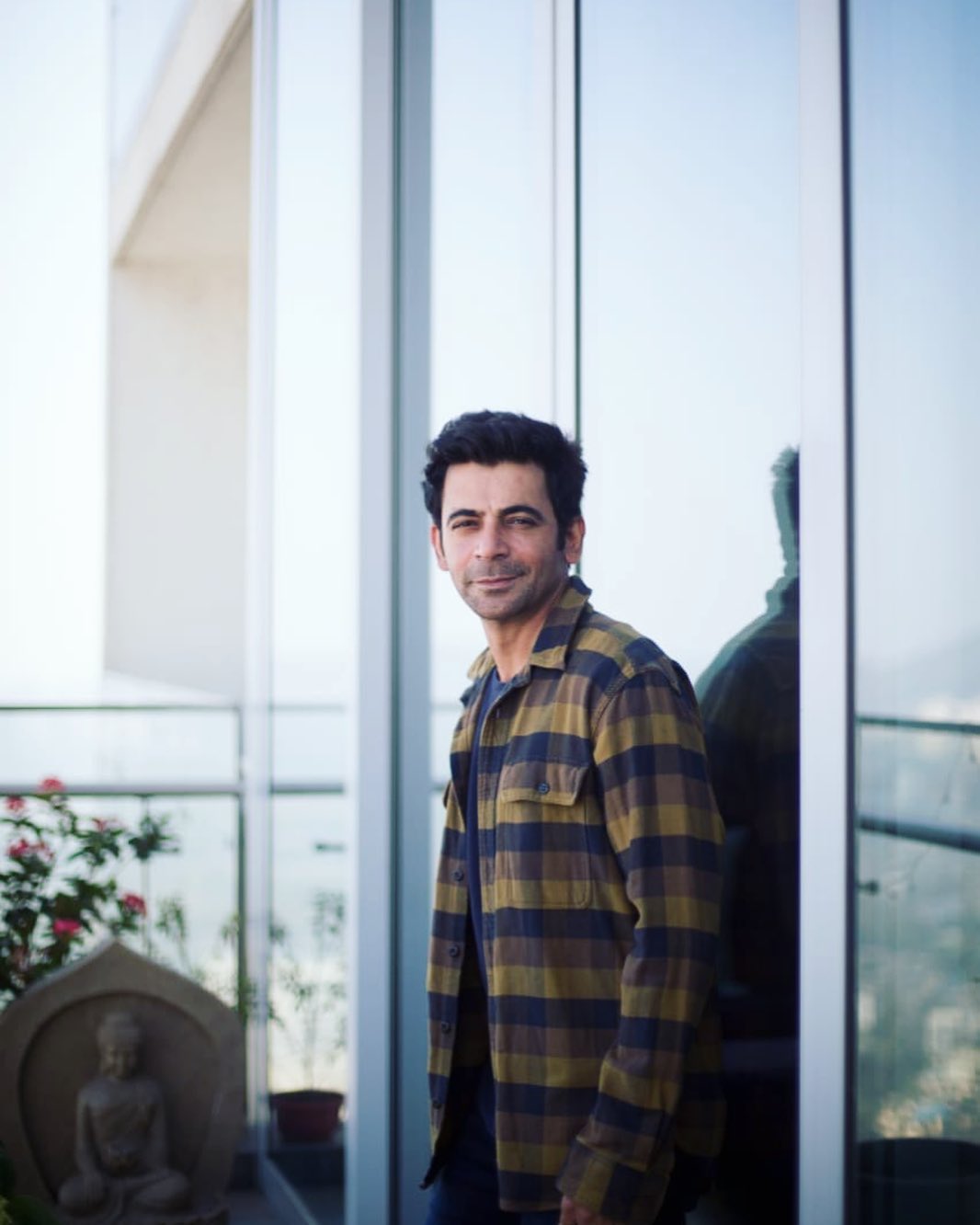 Sunil Grover is one of the most famous comedians in the country. However, despite all the popularity, he still prefers to guard his personal space from the shutterbugs and the media. The actor rarely shares snippets from his time with his family at home, as he still believes in the mantra of keeping it low. However, as per the reports, Sunil Grover lives in a luxurious home in Mumbai. The actor reportedly purchased it for a whopping sum of Rs. 2.5 crore. With all the luxury amenities at his disposal, Sunil lives in a plush location with his wife, Aarti Grover and their son, Mohan Grover.

You May Like This: Sudesh Lehri's Success Story: From Selling Awards To Feed His Family To Living In A Plush Apartment Apart from acting, Sunil Grover is also deeply in love with cars. We have often seen him sharing videos of himself enjoying a car ride. However, the actor is also the owner of some jaw-dropping cars. The Bharat actor is the proud owner of a swanky BMW5 Series, and its price is around Rs. 60 lakh. Another expensive car parked inside Sunil Grover's garage is the BMW7 Series, and it costs the actor a hefty sum of Rs. 1 crore. 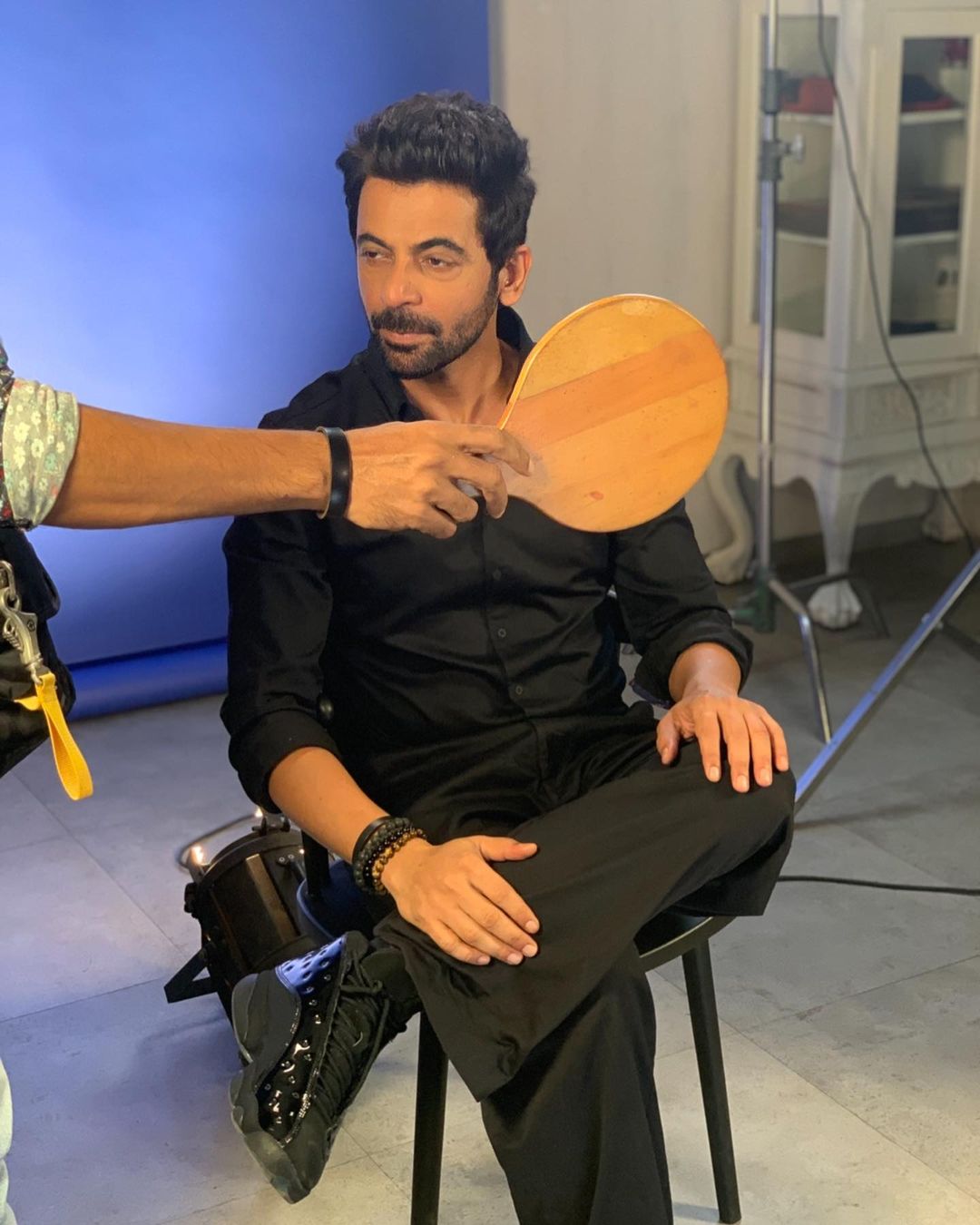 Sunil Grover's love for expensive things doesn't stop at the expensive cars, as the comedian is also crazy for high-end shoes. Every now and then, the actor shares tons of pictures of himself, on his social media platforms in which he could be seen flaunting his shoes. The most expensive pair of shoes in his exquisite collection are the famous Nike Air Jordan. The price of the shoes is around the whopping sum of Rs. 15000, which clearly speaks volumes about Sunil's love for costly shoes. 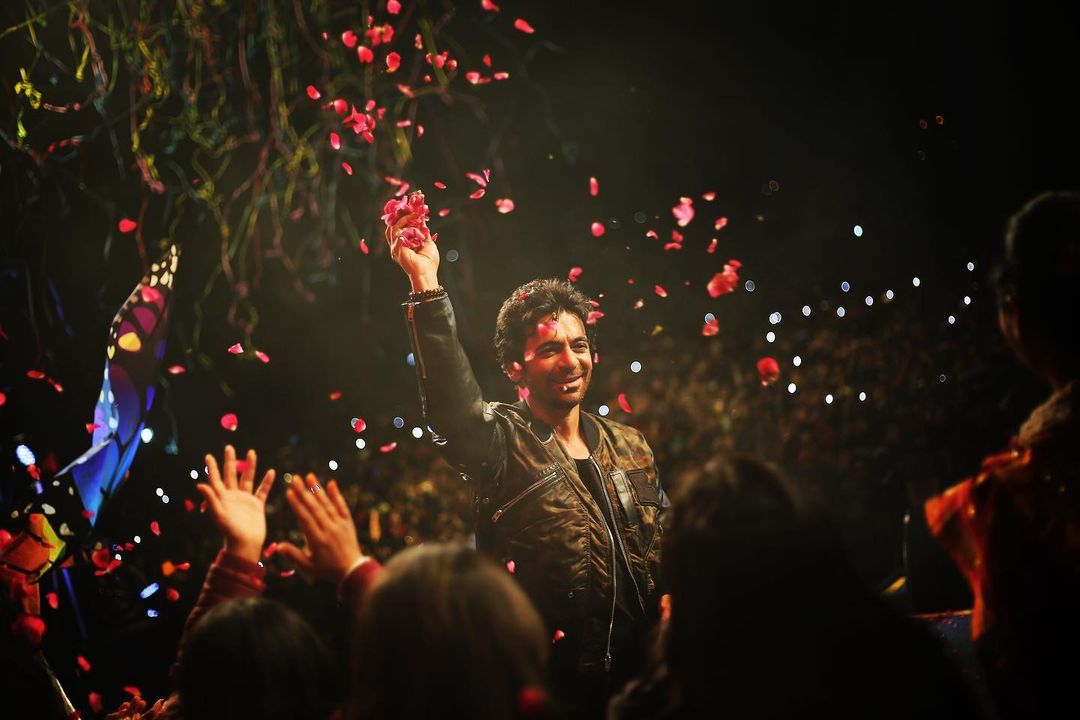 Sunil Grover belongs to the town, Sirsa in Haryana, and the actor has an ancestral house there, where he used to live during his childhood days. The comedian is the owner of that house. It is reported that the actor visits his old home once in a while to keep his roots intact. However, the exact price of Sunil Grover's family home is not known, but the house is quite big and surely worth bags of money. 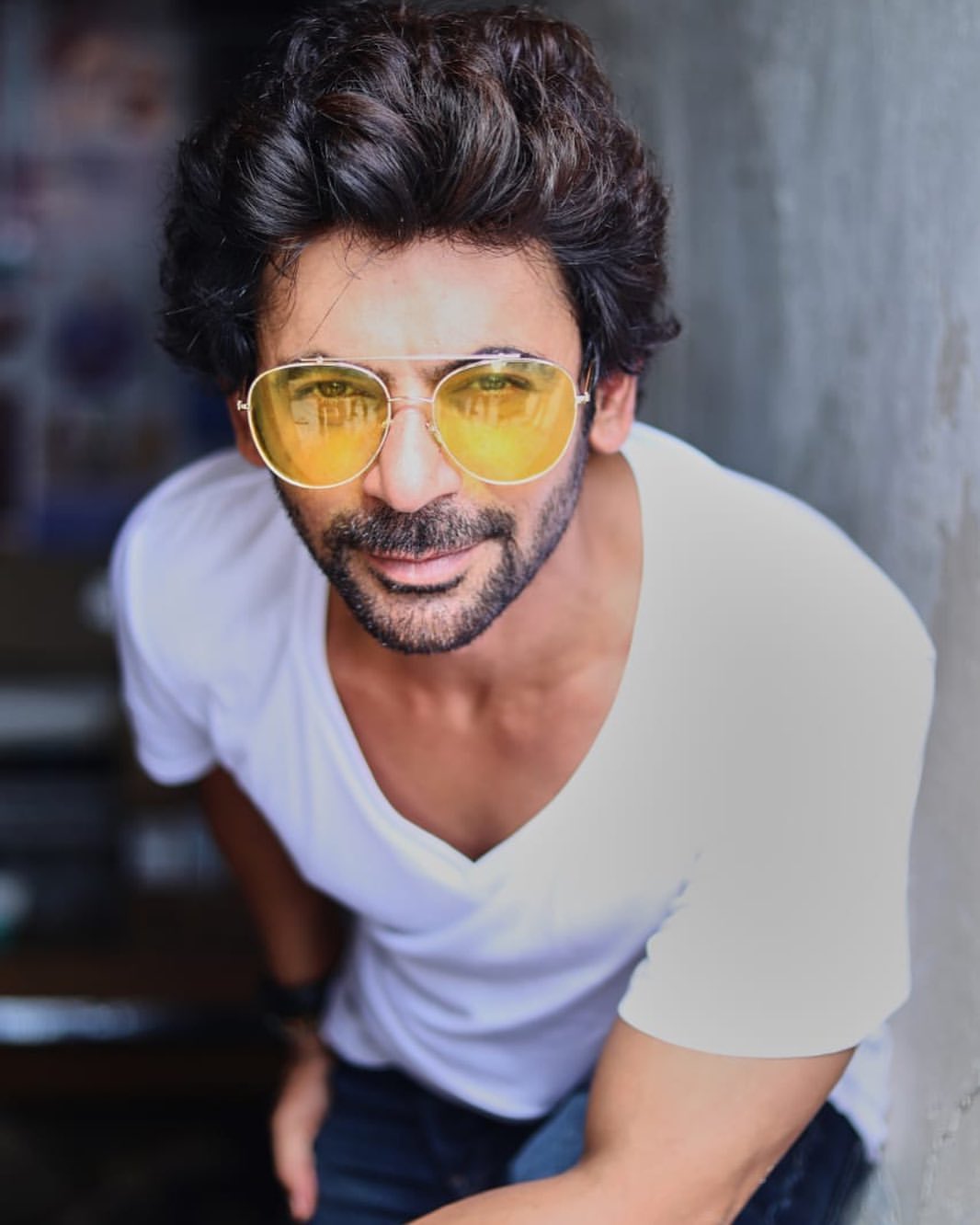 From working in films, OTT platforms and television to performing in live shows and events, Sunil Grover has multiple income sources. On top of this, Sunil Grover also takes part in brand endorsements and charges a hefty amount of money for the same. Bringing all the income sources and assets in a line, if reports are to be believed, Sunil Grover's net worth is estimated to be around the whopping sum of Rs. 21 crores. Apart from hitting new heights in his acting career and earning a lot of money, Sunil Grover's biggest wealth is the constant love and support that he receives from his fans across the nation. So what do you think about his journey and lavish lifestyle? Let us know.