While Divyanka moved on with her life and got married to her Yeh Hai Mohabbatein co-star, Vivek Dahiya on July 08, 2016, Ssharad found love in the Splitsvilla 4 contestant, Pooja Bisht. Confirming his relationship with Pooja, Ssharad quoted to a leading tabloid, “We are getting to know each other and have great compatibility. Pooja is undemanding and easy-going. I am not into flings. I am dating her and taking each day as it comes.”

While everyone was waiting for the wedding bells to ring in for the lovebirds, Pooja and Ssharad, the buzz now is that they both have called it quits. Apparently, Ssharad’s hectic schedule and lack of time for his lady-love drew a wedge in their relationship. A source close to the couple stated to a media portal, “Their differences grew, as Ssharad wasn’t able to devote enough time to the relationship because of his busy schedule. That often led to arguments between him and Pooja. It’s unfortunate that just when they were planning to take their relationship to the next level, things turned sour for them. Ssharad is heartbroken.” (Also Read: Sharad Malhotra Finally Revealed The Real Reason Behind His Break-Up With Divyanka Tripathi)

And now coming straight from the horse's mouth, the Pasta actor confirmed, “There were personal issues from my end. I tried to make the relationship work, but our differences were irrevocable. Pooja is a nice girl and it was great till it lasted. I wish her all the best.” Earlier in an interview with the Pinkvilla, Ssharad talked about his relationship with Pooja and shared, “I think people know that I am dating Pooja Bisht, I think it is great because for me love is very important. I believe that if you are personally happy, it reflects in your professional life as well. For me, it is important to have a nice, beautiful and sorted life which is difficult, of course, but it is important to adjust. I do not like the word 'ego' coming between a relationship. It is just plain simple love.” (Also Read: Divyanka's Ex-BF Sharad To Marry 'Splitsvilla' Contestant Pooja Bisht Next Year On This Condition)

Ssharad further continued, “Gradually, I have matured as well in a relationship. I have had my share of losses, so now you that what you did wrong in your previous relationship, you will improve now. Speaking of Pooja, she is a lovely girl and she really understands me because it is difficult to understand me because as an actor you get cranky and moody because you deal with emotions all the time. Touchwood, it is going good and I hope it continues.” (Also Read: 16 Bollywood Couples Who Taught Us How To Remain Friends After Breakup Or Divorce)

On being marriage-phobic, Ssharad quipped, “It was true (that I was a marriage-phobic). The reason being a couple of friends around me had failed marriages so you tend you become cynical about it. That is something I had earlier but with time you mature and I am not marriage phobic anymore. If I feel the need to settle down, I will. You can't be evading marriage all your life. When I am ready with my own space and know that the person is also ready, I will the first person to announce my marriage.” He further added, “For me, it will be an instant thing like Maggi noodles (laughs). It will be on the spur of the moment. When the time comes that we will be able to tolerate each other all tour lives, we might get hitched sometime this year. Actually, it could be this year or any other year whenever I am ready, we will let everyone know.” (Also Read: Shweta Tiwari's Husband Abhinav Kohli Clears If There Are Problems In Their Marriage)

We wish Ssharad Malhotra and Pooja Bisht all the luck and success in their respective endeavours.

Next Read: Kartik Aaryan Of 'Sonu Ke Titu Ki Sweety' Fame Was Once Dating One Of These 'Dangal' Actresses 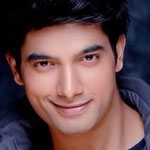