A bond between a father and a son is never spoken about. We always talk about the bond that a father shares with his daughter and how he protects her from every situation. The relationship between a son and a father is like that of a mentor, guide and a teacher. Their bond is strong, unyielding and everlasting and cannot be explained in words and can only be felt. A son will understand his father like no one else and both will stand like a pillar with each other in all the situations. (Recommended Read: Varun Dhawan's Girlfriend, Natasha Dalal Opens Up On Her Love Story And Marriage)

When Kangana Ranaut had made her debut in Bollywood, her alleged relationship with actor, Aditya Pancholi had spread like a wildfire. Initially, Kangana was struggling to make her name in the industry and it was Aditya, who was 20 years older to her who had helped her emotionally. Despite being a married man and a father of two Aditya couldn’t stop himself from falling in love with Kangana. If earlier reports were to be believed, Aditya had even paid Kangana to buy a new house, where he used to barge in and subject her to physical abuse.

After many years of their much talked about breakup, Aditya Pancholi’s son, Sooraj Pancholi opened up about his father’s alleged relationship with Kangana Ranaut and how he handled the situation. In an interview with SpotboyE, Sooraj was asked about the situation at home and how he would describe his childhood. To which, he stated, “No, that was their own issue. I don't get into that. I have spent most of my time with my grandparents. I think that was a personal matter between my parents and they have sorted it out. And every one goes through ups and downs. I'm not too happy about the things that have happened but it’s their life.” 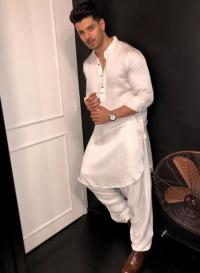 Aditya Pancholi’s wife and actress, Zarina Wahab has been standing like a pillar for the Pancholi family during the times of struggles. Whether it was her husband’s love affair with Kangana or her son, Sooraj being charged under the murder of his girlfriend, Jiah Khan, Zarina has always supported the family and has fought against all the odds to protect them from the difficult situations. During the interview, Sooraj was asked about his mother being his greatest pillar of strength, to this he stated that definitely his mother is a pillar of strength for the entire family. He further added that his father also believes in this. And concluded by saying that though his father is tall, well-built and aggressive, his mother is still stronger than his father. (Suggested Read: Sara Ali Khan Opens Up On Being A Star Kid, Says, 'Lot Of People Are Waiting For A Star Kid To Fall') 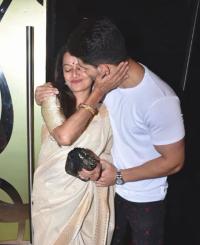 A son will always understand his father’s reactions and the reasons behind them. Similarly, during the interview, Sooraj Pancholi also talked about his father’s aggression and the reasons behind it. Sooraj stated, “I agree I haven’t expressed it, but he knows because maybe the way I look at him sometimes, he understands. Honestly, he is not a diplomatic person at all. If you mess with him the wrong way, he will react. He will not keep his feelings inside. So that’s what makes him different from the rest. He wouldn’t get angry for no reason.” 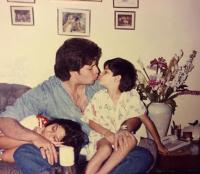 Aditya Pancholi and Kangana Ranaut’s alleged relationship had taken ugly turns with each passing day. In her appearance in Aap Ki Adalat, Kangana had accused Aditya of domestic violence, harassment, keeping her under house arrest and breaching her privacy. In an interview with SpotboyE, Aditya had revealed his side of the story. On being asked if Kangana was a big mistake of his life, Aditya had revealed, “I don’t think so. It was a moment, maine kuch plan nahi kiya tha. You never plan love, love just happens. She met me on the road, this was outside KFC on Linking Road. The building was built by my friend, Sudhakar Shetty. She kept calling me for 3 months after that but I did not  meet her. After three months she called me and told me that she is sitting in JW Marriott, Juhu with Kamlesh ji, a lady from Chicago. That day finally I met her and milne ke six months baad bhi hamara affair shuru nahi hua. We used to hang out in groups but there was never any love/passion.”

Aditya Pancholi had further talked about their split and what all had changed between them. He had said, “The day, her first film Gangster released, she changed.I could not believe she was the same girl. She changed as a human being, she changed as a person. She was a very, very lovely person before Gangster saw the light of day. She was such a cute, lovable girl before that. That’s it. But honestly, I don't regret meeting her. I am hurt, I am not angry. Tum meri tareef nahi kar sakti ho to theek hai, I have never even asked for credit. But she cannot speak against nepotism because she got a break through someone who was already in the industry, and that was Aditya Pancholi.” (Do Read: Rakul Preet Finally Reveals If She Is Dating 'Neighbour', Rana Daggubati, They Share A Common Circle)

We wish Sooraj Pancholi, all the very best for his upcoming release.