Sara Ali Khan Opens Up On Being A Star Kid, Says, 'Lot Of People Are Waiting For A Star Kid To Fall'

Sara Ali Khan Opens Up On Being A Star Kid, Says, 'Lot Of People Are Waiting For A Star Kid To Fall'

Sara Ali Khan is one of the most-loved star kid with a huge fan following, but just like every other star kid, she has often been subjected to rumours. Scroll down as she opens up on being a star kid! 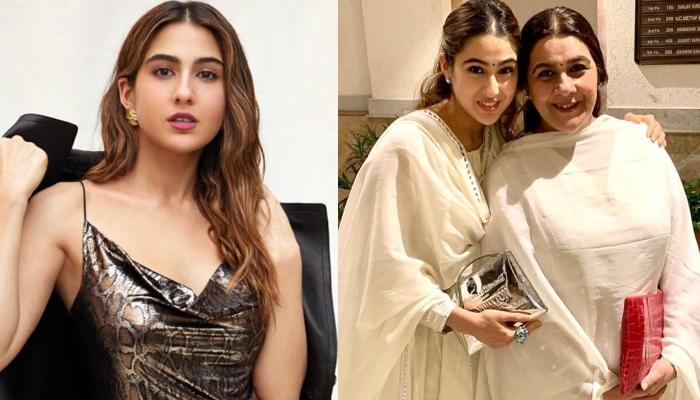 'Little girls with dreams become women with vision!' This stands perfectly true in the case of Bollywood actress, Sara Ali Khan who believed in her dreams and turned her 'can'ts into can's'. And if by chance you think that she got it all easy because of her celebrity parents, Amrita Singh and Saif Ali Khan, then she might have, but the superstardom she has got is all because of her hard work. The 24-year old actress, Sara had made headlines much before her big Bollywood debut! (Recommend Read: Rakul Preet Finally Reveals If She Is Dating 'Neighbour', Rana Daggubati, They Share A Common Circle)

Back in 2012, she had made headlines when she had appeared on the cover of Hello Magazine with mommy, Amrita Singh, fans couldn’t help but notice the resemblance between the two. After six-years when Sara had appeared on the show, Koffee With Karan with her father, Saif Ali Khan, everyone had loved her bindass attitude and bubbly nature! We loved her story of being bitten by the 'acting bug' at a mere age of four and all she could think back then was to turn her dream into reality. However, there were many who called her another 'product of nepotism' and she had happily shut all of them with her witty replies. 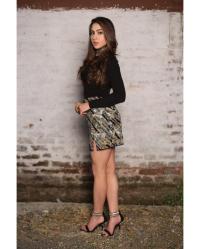 Recently, Sara graced an event, We The Women, wherein she opened up on not taking the pressure of living up to her family's legacy. She had shared that she is aware of coming from a film background because of which she is getting more attention. But she doesn't take it as a burden because if she does, then she won't be able to perform. Sara further added, "Star children do get it easy, but it also comes with scrutiny and there are a lot of people who are waiting for a star kid to make a mistake or fall. I am aware of that. But I don’t take all that seriously." (Also Read: Hina Khan Shares An Adorable 'Mirrorfie' With Beau, Rocky Jaiswal While Spending Some 'Us' Time) Sara, who is brought up by her mother, Amrita Singh (Saif's first wife), has always dreamt of being an actor. While her mother has kept her away from the media limelight and celebrity parties, her heart always desired to be a part of it. We remember Sara had talked in detail about her weight loss journey, in an interview with the Vogue. She had revealed, “For me, it all started in New York. I weighed 96kg and had a year to go before I graduated. The transition from pizza to salad and from lethargy to cardio is how I kickstarted my fitness journey. I simply started eating healthy and began working out when in New York.”

Sara had further stated, “There were so many different types of classes in that city, from functional training to boxing to cycling. But because I was so overweight at the start, it was more about cardio-heavy workouts like walking, cycling and hitting the treadmill—so that I could lose the weight before entering the intermediate forms of exercise. A combination of functional training, Pilates, boxing and cardio. I like to change things up, but ensure that I work out for an hour and a half every single day—except on Sunday, because that’s my day to chill.” 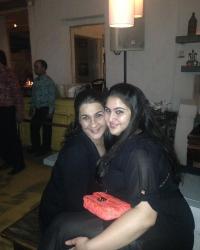 In an interview with SpotboyE, Sara had shared how her mother had given her the 'reality check' to lose weight if she wants to be in films. She had said that she was 96 kilos when she had told her about her dream of becoming an actor while sitting on the bed and crying her heart out. And her mother had advised her to lose weight and that's when she started her weight loss journey. (Don't Miss: Mohena Kumari Singh Reveals Details About Life Post-Wedding And How Her In-Laws Are Pampering Her)

Well, Sara is definitely an inspiration for all the millennials! She is pretty and graceful, he is suave and a smooth talker. She is in news for her impeccable fashion sense, and he is much talked about for his acclaimed debut movie. Both of them come from two of the biggest star families of Bollywood, and news has it that