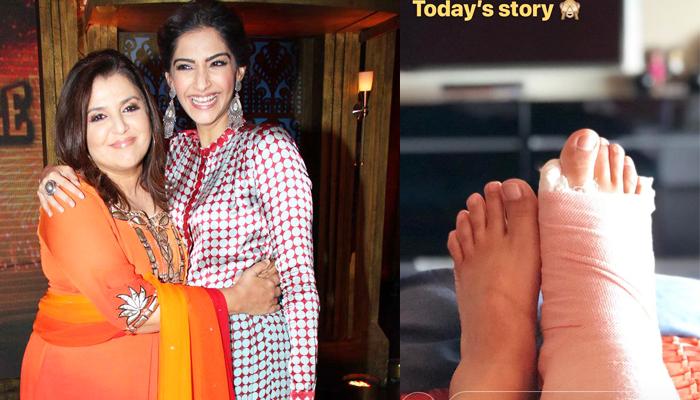 Sonam Kapoor and Anand Ahuja’s wedding has been the talk of the tinsel town for quite a time now. Just yesterday, on May 01, 2018, the Kapoors and Ahujas released a joint statement stating that the wedding is going to take place on May 01, 2018.

But guess what? There seems to be a huge problem. Ace Bollywood choreographer Farah Khan, who is choreographing the sangeet ceremony has fractured her leg just 6 days before the wedding. Farah took to her Instagram and shared a story which shows her bandaged legs. While Farah was shooting for a TV show, she fractured her legs while going back to her vanity van. (Also Read: Sonam And Anand's Wedding Will Be Held At A Heritage Mansion, Check Out Venues For Other Functions) 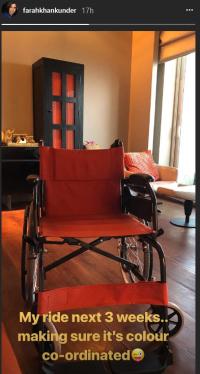 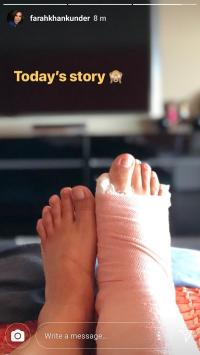 This comes as a big blow and a huge impediment in Sonam Kapoor and Anand Ahuja’s wedding. Geeta Kapoor, another choreographer, who often assists Farah, confirmed the news stating, “Yes, Farah has sustained an injury on Monday night. I haven’t met her yet, so I don’t know how bad the situation is. But knowing how determined she is, she will try and do whatever her body permits her at this point for Sonam’s sangeet. She will not let them suffer. I’m not part of the sangeet choreography team but I know they’ll do a good job”. (Don't Miss: Playing Her Bestie, Sister Rhea Kapoor Is Planning Sonam Kapoor And Anand Ahuja's Exotic Honeymoon) 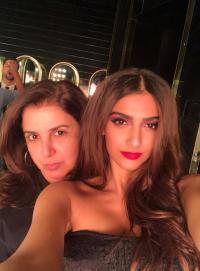 Earlier, it was Farah Khan herself who had let slip the news of Sonam Kapoor and Anand Ahuja’s wedding. Coincidentally, it all mainly began when there were reports that Farah would be choreographing the sangeet ceremony. It was reported, “Rehearsals have kicked off at Anil Kapoor’s Juhu bungalow. The doting dad and mom Sunita will be putting together a special act for the bride-to-be at the sangeet. Sonam’s cousins and extended family have joined in as well for the pre-wedding ceremony. They will perform on her hit songs like the Veere… title track, “Abhi Toh Party Shuru Hui Hai” from the Fawad Khan co-starrer Khoobsurat, the Prem Ratan Dhan Payo title track, and “Dheere Dheere” from her music video with Hrithik Roshan, among others, besides other popular wedding songs”. (Also Read: Sonam Kapoor And Anand Ahuja's Wedding Guest List- BFF Kareena Kapoor Khan To Deepika-Ranveer)

Yesterday, the wedding was confirmed by the Kapoors and Ahujas who revealed, “The Kapoor and Ahuja families, take great joy and pride, in announcing the marriage of Sonam and Anand. The wedding will take place on the 8th of May in Mumbai. Since it is an intimate affair, we request you to respect the family's need for privacy. Thank you for all your blessings and love, as we celebrate this special moment in our lives”.

There have been reports that there will be no wedding cards in Sonam Kapoor and Anand Ahuja’s wedding. A source revealed to a leading daily, “Both Sonam and Anand believe in paper conservation. They believe that wedding cards mean a lot of waste of paper. Hence they have asked their families to not print any invitation cards. Instead, they have designed an elegant E-invite together which will be sent to their friends and relatives on their phones”. 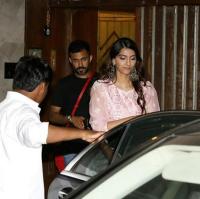 Well, just 6 days to go for Sonam Kapoor and Anand Ahuja’s wedding, and Farah Khan fracturing her leg is a big problem. But surely, there would be other ways so that the sangeet ceremony goes rocking and memorable.