Sonam Kapoor And Her 'Team Bride' Is All Set For 'Anand Karaj', Looking Gorgeous In Designer Outfits

Sonam Kapoor And Her 'Team Bride' Is All Set For 'Anand Karaj', Looking Gorgeous In Designer Outfits 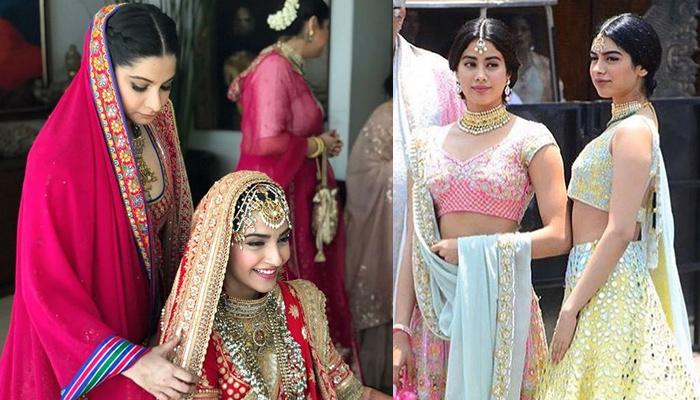 One of the greatest joys of life is watching your best friend or your sister getting married. Becoming a bridesmaid beats every other feeling in the world. And even when our favourite celebrities are concerned, the feeling of being a bridesmaid remains the same. They are equally excited for the bride and are present with her throughout the pre-wedding and wedding ceremonies. (Also Read: Sonam Kapoor Blushes As She Makes A 'Traditional Entry' Towards Her 'Mandap' (WATCH))

Sonam Kapoor and Anand Ahuja will take wedding vows today on May 8, 2018. And Sonam’s bridesmaids are excited for the bride’s big day. They are leaving no stone unturned to make the most stylish bridesmaid. When Sonam was asked about her wedding, in a Brides Today interview, she stated, "I think I'll have a wedding with only my family and close friends in attendance. I would also prefer to get married in India because it's my favorite place in the world." 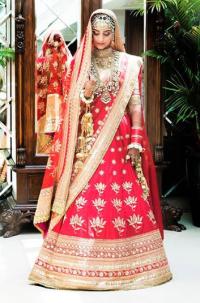 Further talking about her bridesmaids, Sonam revealed, "If and when I get married, I would obviously like my sister (Rhea Kapoor) to be my chief bridesmaid. I don't know if that works or not. Do Indians have bridesmaids? My best friends Samyukta (Nair), Shehla (Khan), Swara (Bhasker), and Jackie (Jacqueline Fernandez) would also be there." (Also Read: (Live Updates) Arjun, Anshula, Anil Kapoor Are All Set For Sonam Kapoor's Wedding, Pics Inside!) 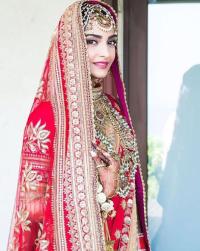 And since it is the wedding day, let us take you to what all Sonam’s bridesmaids are wearing for this big day. To begin with the bride herself, Sonam is wearing Anuradha Vakil and she looks like a dream in her red wedding lehenga with intricate embroidery of lotus motifs (she had same motifs in her mehendi also). Her chooda is very old-style and traditional, which gets a thumbs up from our side. We are loving the overdose of jadau jewellery that Sonam is wearing with her bridal lehenga, especially her multi-layered maang teeka. Her make-up is done by Namrata Soni and she has kept it minimal for the day look in shades of pink. She is glowing in red and we love her minimal hairdo, a simple bun with gajra. Moving on to her bridesmaids, her chief bridesmaid, Rhea Kapoor shared a picture with the bride, and captioned it, "Forever and ever. Sister love is the truest love I know. Me and Sonam Kapoor-Ahuja." 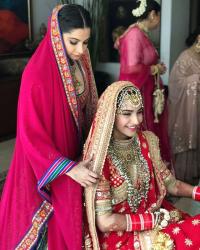 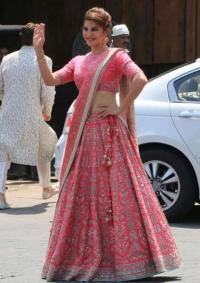 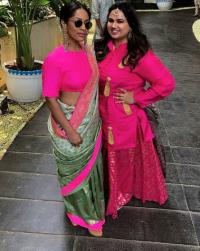 Sonam’s Veere Di Wedding co-star and bridesmaid, Swara Bhasker described her Abu Jani Sandeep Khosla look as, “Off to @sonamkapoor ‘s #AnandKaaraj ceremony in all the resplendent brilliance of @abujanisandeepkhosla @sandeepkhosla with @amrapalijewels (maantika, ring), @tbz1864 earrings, @mahesh_notandass ring. Styled by @dibzoo; make up: @saracapela; hair: @rupali.dhumal.” And her another veere, Kareena Kapoor Khan is looking drop-dead gorgeous in a pastel pink embellished anarkali by Anita Dongre. Kareena has kept her hair, make-up and jewellery minimal, keeping in mind that it is a day wedding. She is wearing statement earrings in uncut diamonds and pearls, her make-up is light, in the shade of nude pink and her hair are tied neatly in a bun, with gajras. (Also Read: Kareena Kapoor Khan Twins With Her Son, Taimur Ali Khan At 'Sonam Ki Shaadi', His Hairstyle Is Cute) 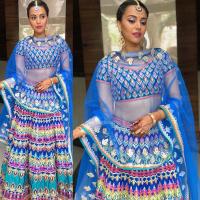 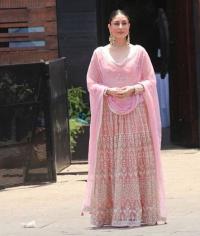 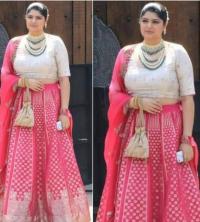 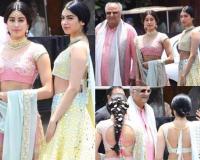 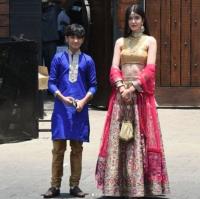 As Sonam Kapoor opened up in the interview about her bridal ensemble, Sonam was quoted as saying, "I don't like fashion pieces. I like beautiful, traditional Indian clothes, that don't go out of style." She continued, "Don't do the mathapatti, the nose ring, the necklace, and the hathphool altogether. Every piece should not be a statement piece. There should be one thing that's beautiful and stunning, and everything else has to accentuate it." When asked about if she would want to colour-coordinate her outfit with Anand Ahuja, she quipped, "I personally like a little bit of matchy-matchy things, but there just has to be an element of that. It can't be the same fabric, with the same embroidery on the outfit that the bride is also wearing. I just find it a bit too much." (Also Read: 'Papa' Anil Kapoor Could Not Control Himself And Dances Crazily On Sonam's Sangeet [Watch]) 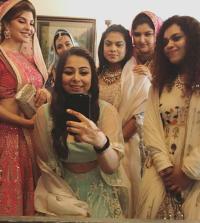 Putting end to all the speculations, Kapoor and Ahuja families released a statement about Sonam and Anand’s wedding. It stated, "From the Kapoor & Ahuja families, The Kapoor & Ahuja families, take great joy and pride, in announcing the marriage of Sonam & Anand. The wedding will take place on the 8th of May in Mumbai. Since it is an intimate affair, we request you to respect the family's need for privacy. Thank you for all your blessings and love, as we celebrate this special moment in our lives. Thanks & Regards."

Sonam and Anand shared a thank you card for all the guests who came all the way long to be a part of their special day. The message on the card could be read as, "It's a great joy to love & be loved! Dear Family and Friends, we are delighted to have you here as an integral part of our wedding celebration. We are blessed to have each of you in our lives and feel honoured that you have travelled miles to be with us! We hope you your stay and make memories of a lifetime... Love & Luck, Ahuja & Kapoor Families." 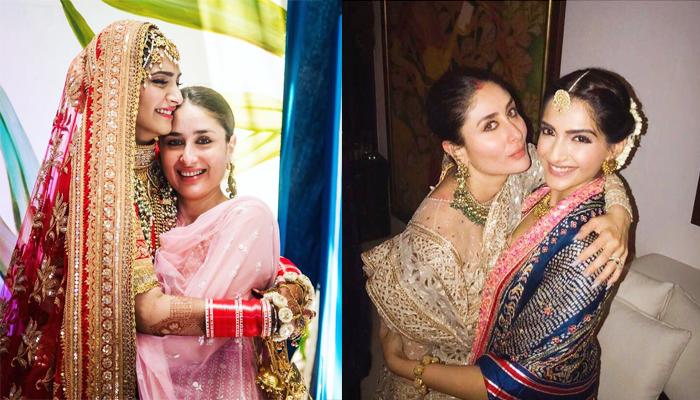 On May 08, 2018, Bollywood’s fashionista and Veere Di Wedding actress, Sonam Kapoor became Sonam Kapoor Ahuja when she took the wedding vows in the Anand Karaj ceremony in a Gurudwara wedding with her long-time beau, Anand Ahuja. It all started with the mehendi ceremony on May 06, 2018 and ended