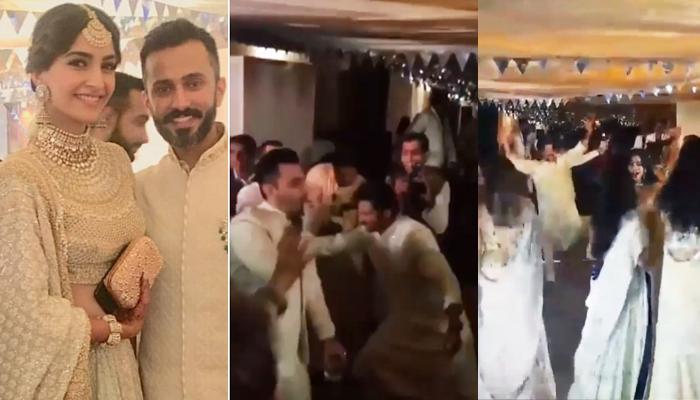 Finally, one of the most talked about weddings of 2018 is here! Our very own and famous B-town diva and gorgeous damsel, Sonam Kapoor and her beau Anand Ahuja are enjoying their sangeet ceremony today on May 7, 2018! On May 8, Sonam Kapoor will be officially taken. The Sunteck Signature Island in Mumbai is filled with fun and everyone at the venue is overjoyed since the party has begun! (Also Check: Sonam Wore Gorgeous Kaliras On Her Chooda Ceremony, Did Kaliras Fall On Janhvi Kapoor? Watch Out)

Who’s-who from Bollywood land is attending the lavish and much awaited event. Everyone is decked up in the theme of white. The guests could be inclusive of Sonam’s close friends, Swara Bhasker, Jacqueline Fernandez, Masaba Gupta, Katrina Kaif, Rani Mukerji, etc. And, as it is papa Anil Kapoor’s  daughter, Sonam’s wedding, it is but obvious, to see him shake his legs. So much so, the elated papa couldn’t control himself and just danced like crazily on the dance floor. Here’s the video, check it out:

As per the reports, papa Anil Kapoor will be shaking his legs on the iconic songs, My Name is Lakhan and Gallan Goodiyan from one of his movies Dil Dhadakne Do. Not just Anil ji, even Karan Johar, Shilpa Shetty, Sanjay Kapoor along with Anil Kapoor danced their heart out. Here is the video, check out:

A post shared by Bollywood Hungama(@realbollywoodhungama) on May 7, 2018 at 8:30am PDT

Fashion stylist and costume designer, Anaita Adajania, gave an amazing reason for all Sonam’s fans to rejoice as she shared the first ever glimpse of Sonam Kapoor from her sangeet ceremony. She shared this below picture and captioned it as, “The stunning @sonamkapoor at her mehendi #EverydayPhenomenal #sonamkishaadi.” Designer Abu Jani Sandeep Khosla described Sonam's look and wrote, "LOVE IS A MASTERPIECE! Sonam Kapoor is ethereal in a Chikankari lehenga by Abu Jani Sandeep Khosla Couture at her Mehndi. @sonamkapoor #everydayphenomenal #sonamkishaddi #sonamkapoor #AJSK #abujanisandeepkhosla #AbuJan i#SandeepKhosla #AbuSandeep." (Don't Miss: B-Town Celebs At 'Sonam Ka Sangeet', Raise Fashion Quotient With The 'Shades Of White' Outfits) 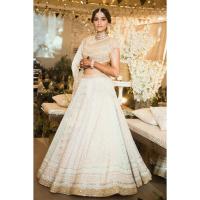 And soon after this, other pictures of the pretty bride-to-be and guests started pouring in. Here are a few more pictures from the sangeet ceremony: 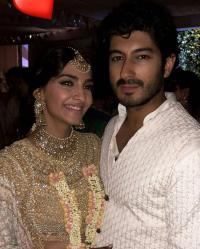 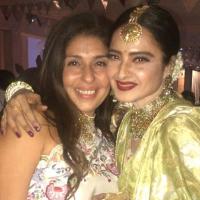 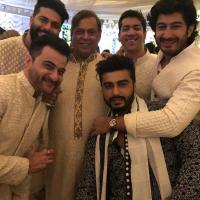 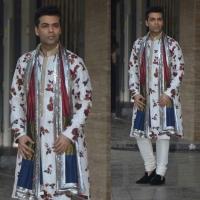 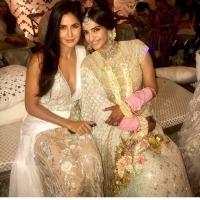 Announcing the good news early in May, the official statement released by both the families could be read as, "The Kapoor and Ahuja families, take great joy and pride, in announcing the marriage of Sonam and Anand. The wedding will take place on the 8th of May in Mumbai. Since it is an intimate affair, we request you to respect the family's need for privacy. Thank you for all your blessings and love, as we celebrate this special moment in our lives." (You May Like: First Look Of Sonam Kapoor-Anand Ahuja From Sangeet, Looks Resplendent In Gold 'Chikankari' Lehenga)

Well, we all are excitedly looking forward for their wedding day!

Next Read: Divyanka Tripathi Gets Emotional Talking About Her Break-Up With Ex-BF Ssharad Malhotra