Finally! the most awaited moment is here! Sonam Kapoor and Anand Ahuja are all set to become husband and wife within just a few hours. Sonam and Anand will get tie the knot today on May 8, 2018, in Mumbai. The wedding is scheduled to take place at Sonam’s aunt Kavita Singh’s heritage bungalow called Rockdale which is situated in Bandra. It is going to be a proper and complete Sikh wedding. (Also Check: Sonam Kapoor Gives Special Performance On 'Tareefan' For Anand Ahuja, His Expressions Are Priceless) 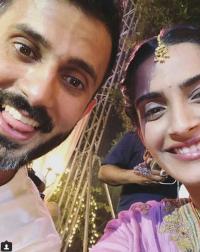 As per the invite of the wedding, the dress code of Sonam's big day is Indian traditional attire. As the wedding is all set to commence within just an hour or two, the entire Kapoor clan is ready and has reached the venue. Anil Kapoor could be spotted wearing white kurta-pyjama along with green-coloured haar. And as usual, Anil ji is looking no less than a handsome guy in this attire. Here’s the pic, check it out: 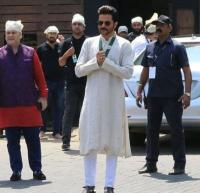 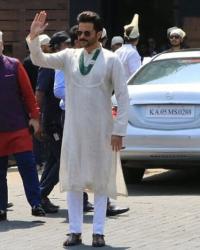 Also, bhai Arjun Kapoor and behena Anshula Kapoor too, have reached the venue and are looking fully excited for Sonam Kapoor’s wedding. Arjun is seen wearing a Raghavendra Rathore blue and white kurta-pyjama teamed up with an ink-blue-coloured waistcoat. Anshula, on the other hand, could be seen slaying in pink and off-white lehenga with a striking contrasting green-coloured jewellery. She completed her look with a few bangles in her right hand and a potli bag. (Do Check: The First Pictures From Sonam And Anand's Wedding Venue Are Here And We Can't Keep Calm) 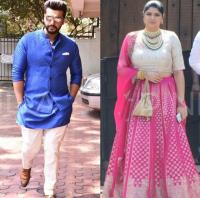 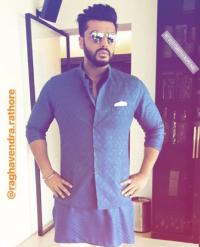 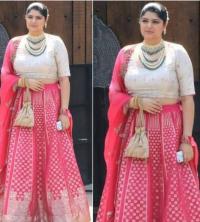 Not just these cuties, but Sonam’s fufaji and Mohit Marwah’s father has also reached the venue. He can also be seen wearing a white simple, sober, elegant and royal kurta teamed up with a complementing pyjami. Here are the pictures, check them out: 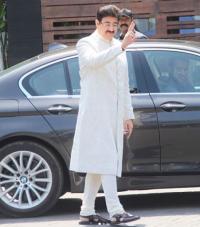 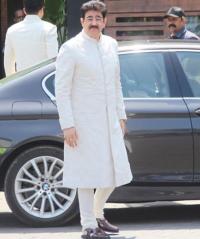 Also, we have Sonam’s dear chachu and chachi, Sanjay Kapoor and Maheep Kapoor, who also have reached the wedding venue. Sanjay is looking every bit of dapper in his plain white kurta-pyjama teamed up with an off-white waistcoat. Maheep, on the other hand, could be seen wearing fawn-coloured lehenga having pretty colourful embroidery on it. She chose to side tie her hair and completed her look with carrying a lovely potli bag. (Must See: Sonam Wore Gorgeous Kaliras On Her Chooda Ceremony, Did Kaliras Fall On Janhvi Kapoor? Watch Out) 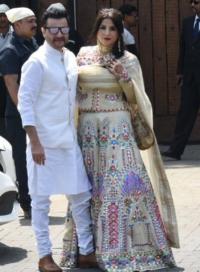 They all are looking super-excited and extremely elated for such a happy occasion. We are now eagerly waiting to see how our pretty damsel Sonam Kapoor will be looking after wearing her real-life bridal attire. Stay tuned with us to get the latest updates!

NEXT READ: (Live Updates) Here's The First Look Of The Groom Anand Ahuja, Check Out The Complete Pic Inside!