One of the most important days in a girl’s life, obviously apart from her wedding, is when her brother gets married. No matter how much they fight, but in the end, he is her biggest confidante. She is equally excited for her brother’s wedding than she is for her own wedding. Bollywood diva, Sonam Kapoor went through the same feelings as her cousin brother, Mohit Marwah tied the knot with his long-time girlfriend, Antara Motiwala.

The excited behena posted a heartfelt message for her bhai and bhabhi on Instagram with a picture making a grand entry to the venue. She captioned the picture, “When your brother gets married to your oldest friend! Antu you were always family and now it’s legal! I love you guys! Bhaiya you are the kindest and sweetest person in our big Punjabi family and you deserve all the happiness the universe can provide! Have the best life #antumoh and I’m so excited for this new journey to begin for both of you!” 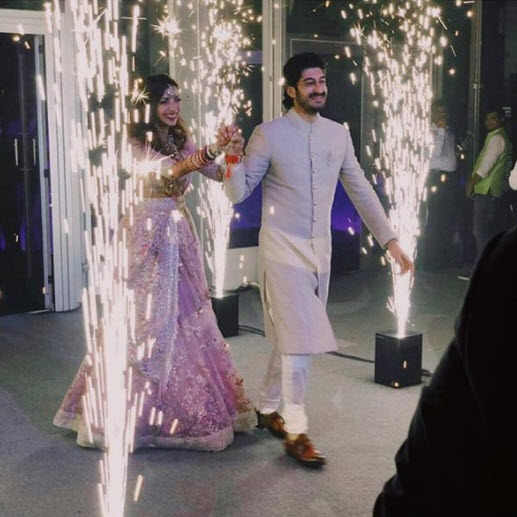 Sonam, along with her siblings Arjun Kapoor, Rhea Kapoor, Anshula Kapoor, Khushi Kapoor attended their veerey di wedding at Waldorf Astoria Ras al-Khaimah in UAE. The wedding celebrations kick-started from February 19, 2018, and it was a fun-filled two-day celebration. And on February 20, 2018, Mohit and Antara were pronounced as husband and wife in presence of star family members and friends. (Also Read: 21 Things Every Girl Feels Or Does When Her Brother Gets Married)

For the uninitiated ones, Sonam’s father, Anil Kapoor is the real brother of Mohit’s mother, Reena Marwah. And while the entire Kapoor clan was busy with Mohit’s wedding, lovebirds Sonam and her beau Anand Ahuja took out some quality time to spend with each other. The much-in-love couple headed off for a walk to remember at the beach. Check out the video here:

The rumours of Sonam getting hitched to her boyfriend, Anand is doing the rounds on the internet. But the couple slammed the rumours by saying that the media has mistaken her cousin’s wedding preparations for her wedding. The source close to the couple was quoted as saying to a media portal, “April it is and in Jodhpur. Sonam and Anand will marry this summer in what is going to be a small, private wedding with 300 odd guests. Although the couple has warded off all rumours about getting married saying celebrity watchers were mistaking the family’s preparations for her cousin Mohit Marwah’s upcoming wedding for her own nuptials but they can barely hide it any longer.” 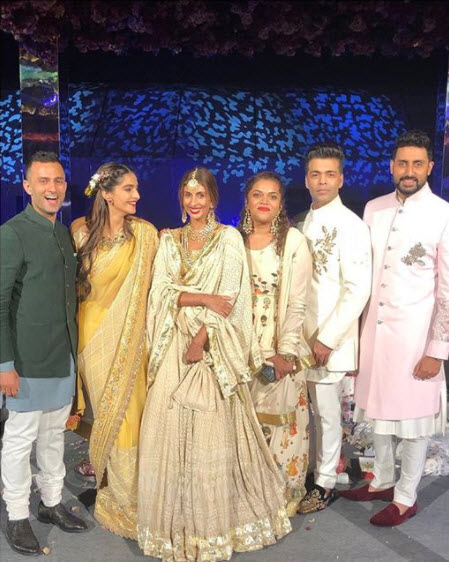 We wish Mohit and Antara a very happy married life.

Next Read: Shoaib Ibrahim And Dipika Kakar Finally Get Married In A 'Nikah' Ceremony, Pictures Inside!