After months of preparations and celebrations, Shoaib Ibrahim and Dipika Kakar finally said Qubool Hai on February 22, 2018. Ever since the first picture from their pre-wedding shoot got circulated on the internet, this much-in-love couple became the talk of the town. Their simplicity in doing things and their love for each other make them one of the most beloved couples of telly town.

As soon as their nikah pictures came out, everyone started gushing over the bride-groom, Dipika and Shoaib. The bride looked mesmerising in a pink sharara and accessorised it with kundan jewellery and paasa. Complementing her to the best was her groom, who looked dapper in a light pink embellished sherwani. Just like a quintessential Muslim bride, Dipika looked ethereal in her bridal look which was enhanced by her kalire. Check out some pictures from the wedding: 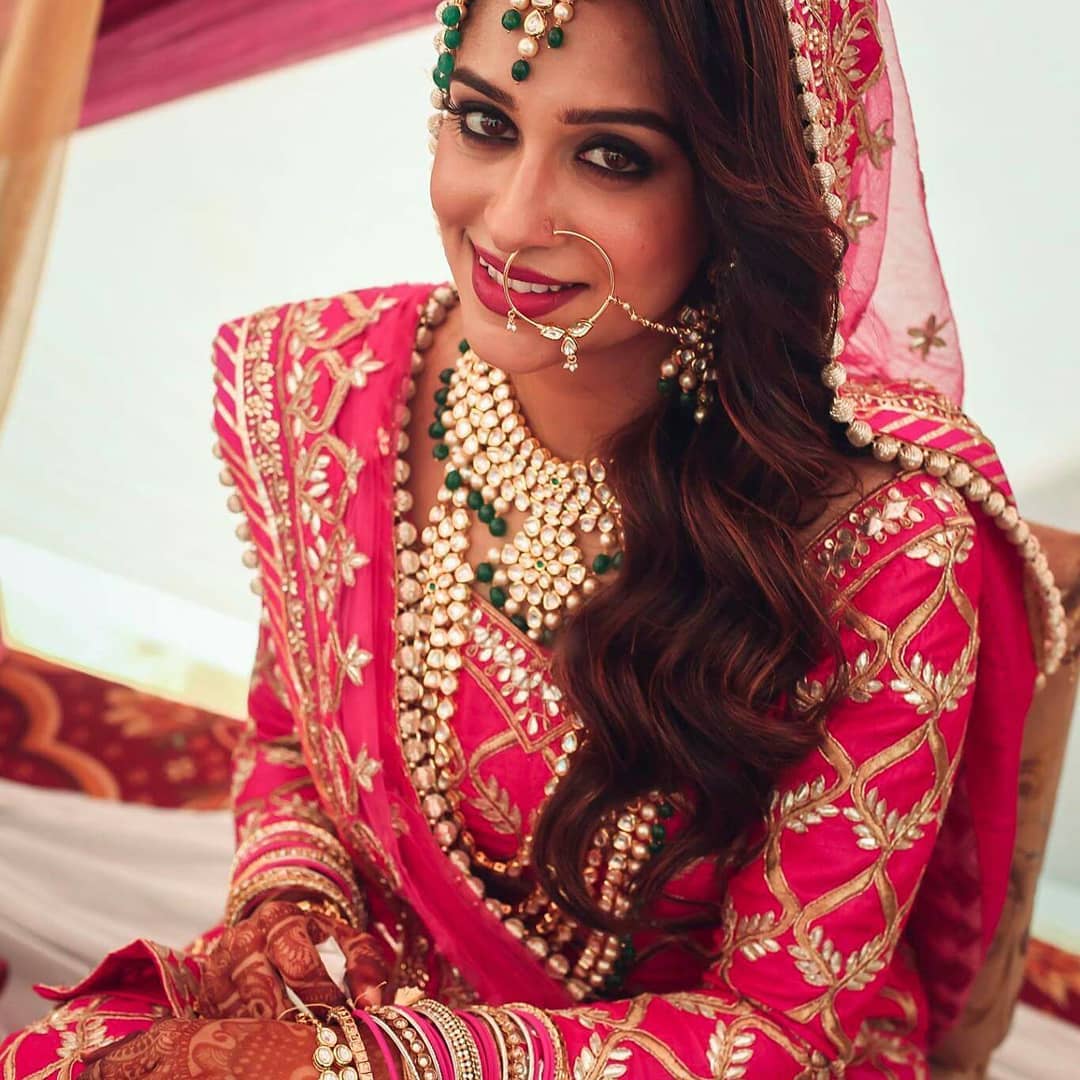 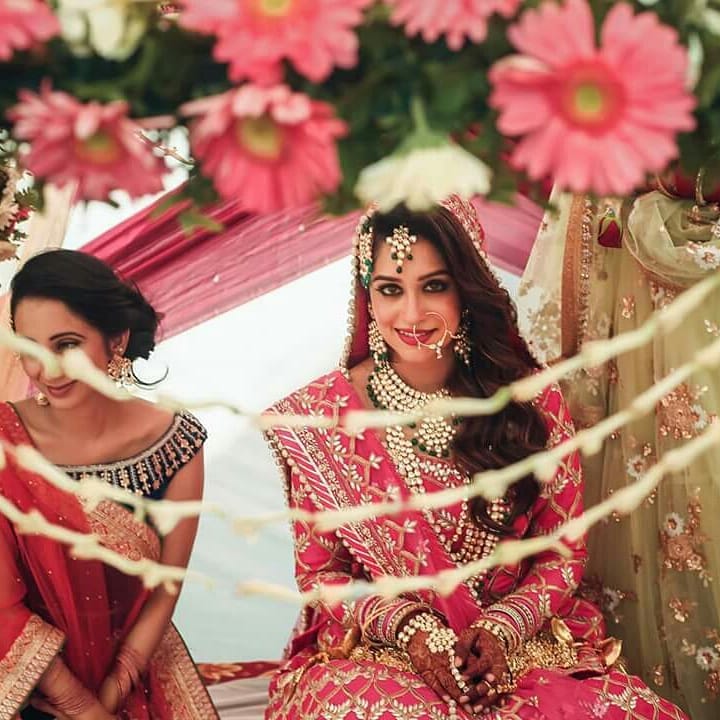 Dipika and Shoaib took to their official Instagram handles to share some pictures of them as husband and wife. Dipika shared a picture and captioned it, “I can see the reflection of Mrs Dipika Shoaib Ibrahim in his eyes. and it’s all I ever dreamt off!!! P.S. @shoaib2087 I love you!!! #dodilmilrahehain”. Expressing her gratitude for Aliya Fashion House, who designed their ensembles for the wedding, Dipika wrote, “We wore exactly how we felt like "bright, beautiful & laced with love", Thank you @aliyafashionhouse for adding to the dream!!! #dodilmilrahehain”. Have a look at the pictures that she shared: 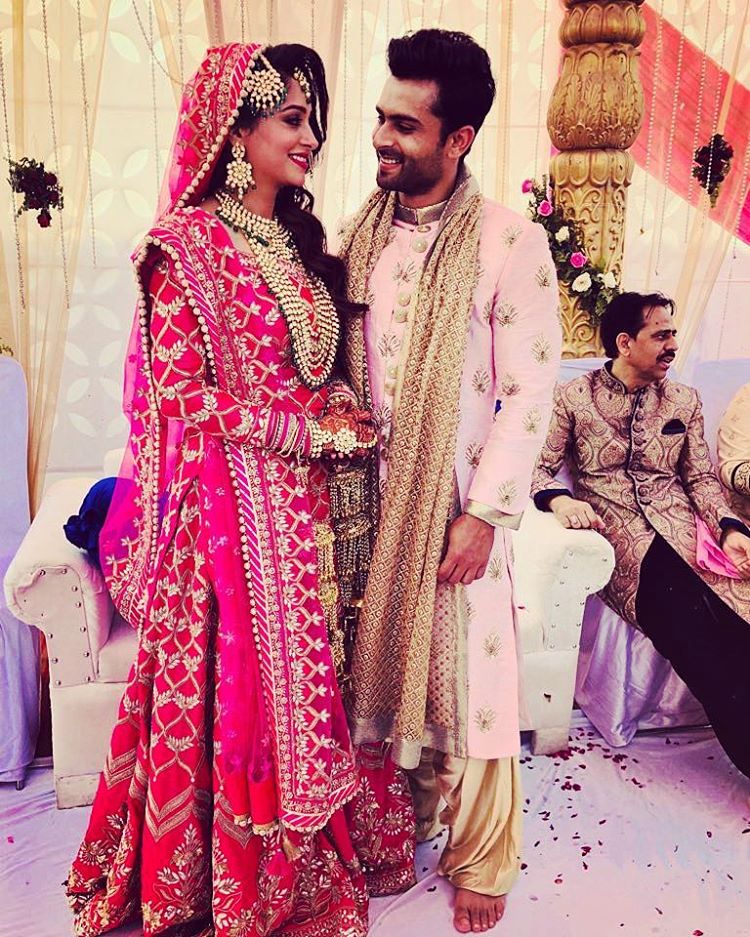 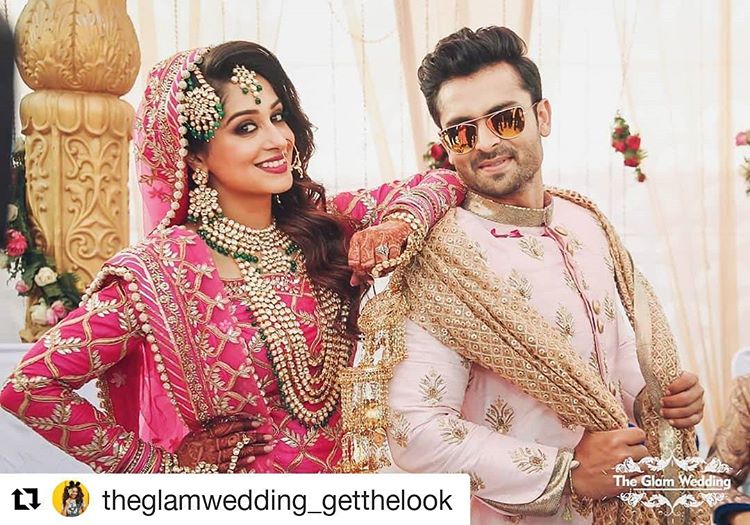 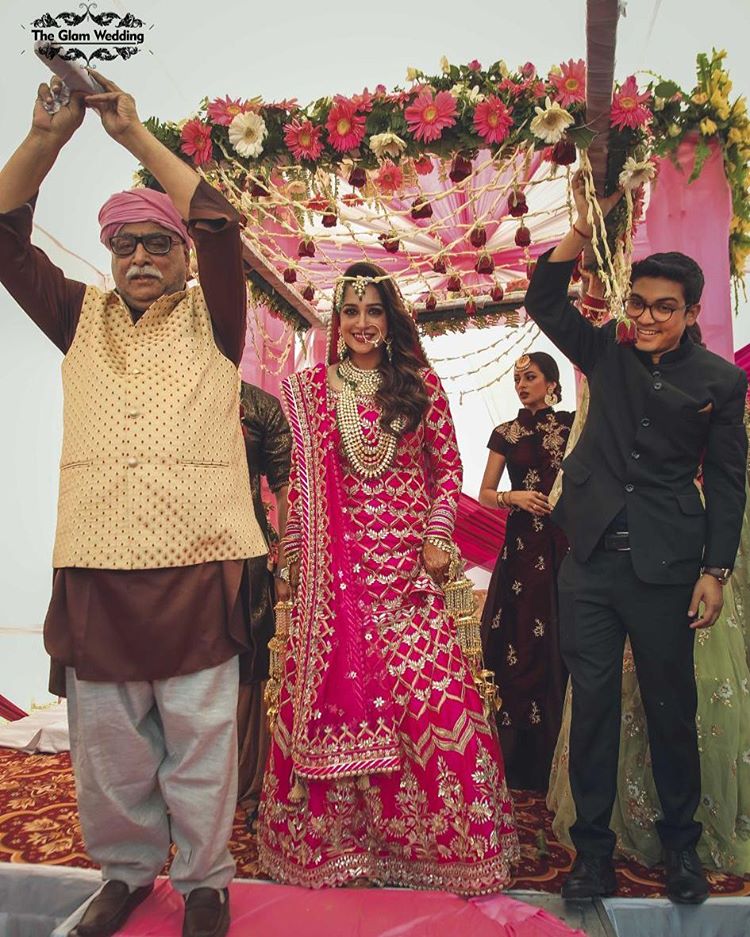 Not only Mrs Dipika Shoaib Ibrahim, but her excited hubby also shared some pictures on his Instagram. He too acknowledged the designers and said, “Mr. & Mrs. thankyou @aliyafashionhouse for designing our outfits. #dodilmilrahehain #dodilmilgaye”. He posted a picture while he was sitting on the ghodi and going towards the venue, “Aae Dulhe raja,Gori khol darwaza. #dodilmilrahehain #dodilmilgaye”. Their hashtag for the wedding also changed from DoDilMilRaheHai to DoDilMilGaye. Isn’that sweet? ( Also Read: From Head To Toe, This Muslim Bride Recreated Anushka's Bridal Look From 'Channa Mereya') 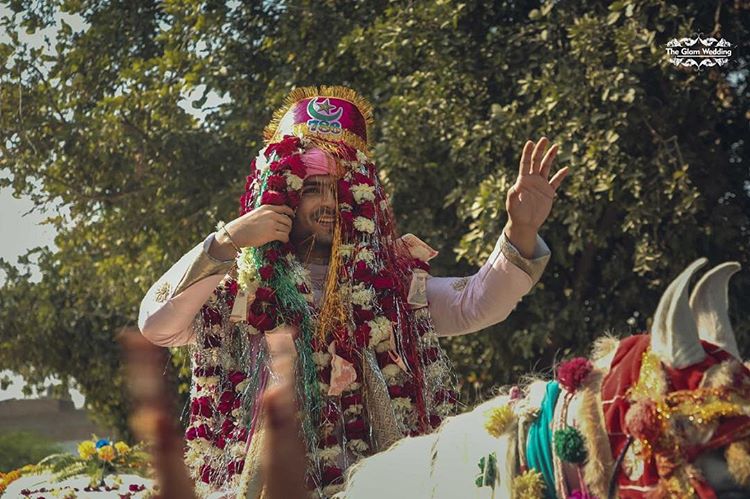 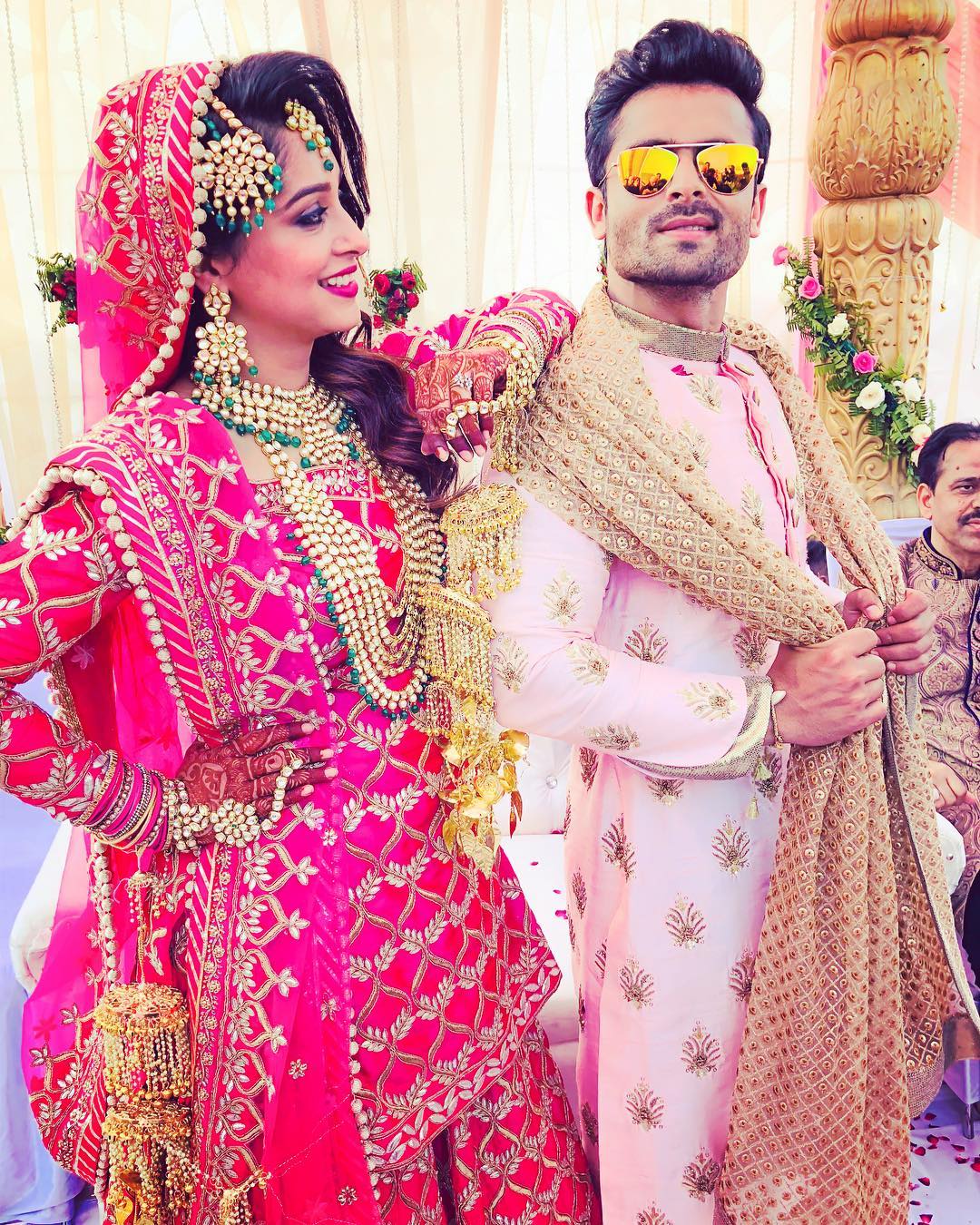 Meanwhile, the rumours started doing the rounds that Dipika converted her religion to Islam before the nikah. According to the sources, she changes her name to Faiza, but there is no confirmation from the bride or the groom. It was also said that the couple wanted a lavish wedding in Jaipur sometime later this year, but their family didn’t want to delay it. Their families also wanted to solemnise the nikah in the same house where Shoaib’s parents took their wedding vows decades ago. Because Shoaib was returning to his hometown after almost 10 years, his relatives were even more excited to have Dipika with him. (Check This Out: Sacred Rituals Of An Indian Muslim Wedding Are So Much Fun; List Of Pre And Post Wedding Functions) 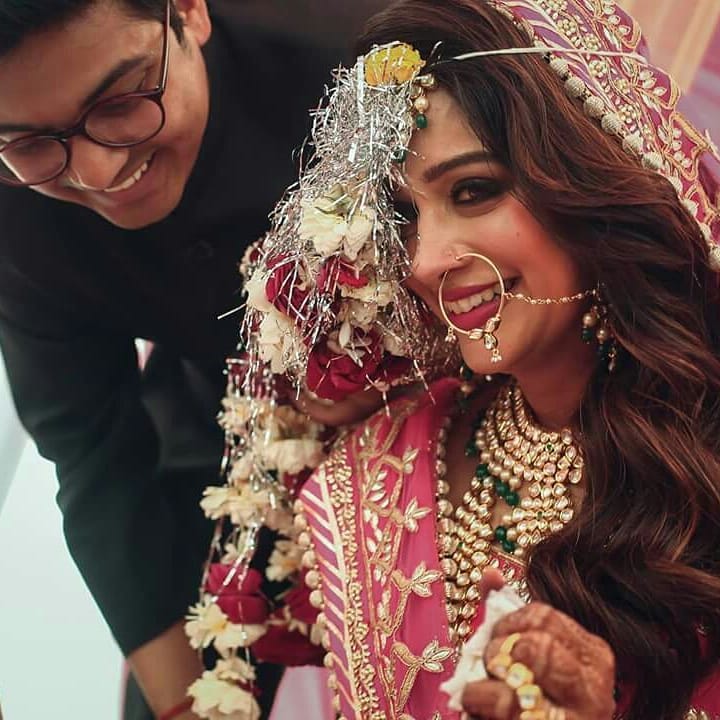 The lovebirds kept it simple for their dream wedding. The pre-wedding shoot was full on filmy style, followed by haldi and kalire ceremony. Then they had mehendi function which was a vibrant and dhamakedar affair. The last but definitely not the least their sangeet function, where everyone danced their heart out. And the cherry on the cake was nothing but the Shoaib and Dipika’s nok-jhok and romantic couple dance. All in all, it was a simple, typical desi style wedding, and we just loved how the couple won our hearts, yet again! 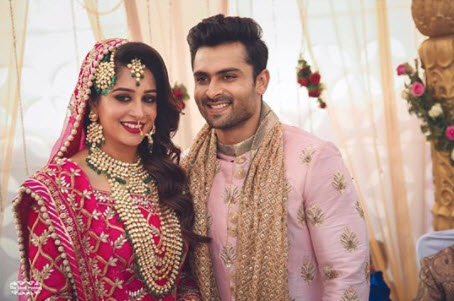 Don’t they look like a dream? Totally a match made in heaven.