Sonam Decided To Wear This Famous Designer On Her Wedding, And No, It's Not Sabyasachi

Sonam Decided To Wear This Famous Designer On Her Wedding, And No, It's Not Sabyasachi As per the sparking rumours, another big fat wedding is scheduled to take place in the year 2018. It is none other than Veere Di Wedding actress, Sonam Kapoor and her long-time beau Anand Ahuja. The lovebirds have always maintained privacy about their personal life. But their fans are rejoicing from the buzz of their wedding which will take place in Jodhpur. 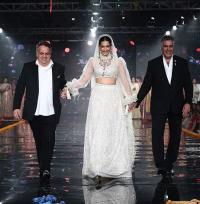 There is no confirmation from either side, but the designer duo is also styling Sonam for her film, Veere Di Wedding. She has also turned into the perfect muse for the designer duo at the Paris Haute Couture Week. Talking about which, she had earlier said, “I feel great. It’s a beautiful outfit. It has got all moti ka kaam on it and it also has Abu Jani Sandeep Khosla’s famous chikankari work on it. It’s stunning.” On the other hand, Sandeep too complimented her flawless sense of styling. He said, “She’s the best. She’s the woman who’s invented the word fashionista in India. She’s responsible for it. And look what an honour, she’s just walked for Ralph and Russo and she’s loved our clothes since she was a kid.” 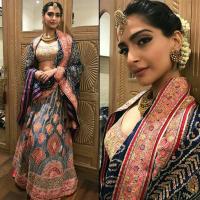 If the latest reports are to be believed, Sonam and Anand will tie the nuptial knot in mid-2018, probably June. According to Deccan Chronicle reports, a family friend of the Kapoor’s was quoted as saying, “They are planning a June wedding for Sonam and her boyfriend Anand Ahuja.” The Kapoors are excited about their bitiya’s wedding and there would be an intimate engagement ceremony before the wedding. 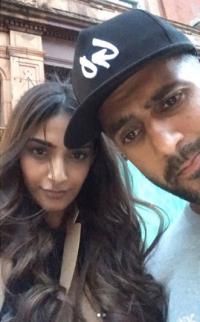 The family friend further stated, “Sonam is very sure of her feelings for Anand. He’s a very sorted boy and cares deeply for her. Although Anil was initially unsure about Anand, like all fathers are about their daughters’ boyfriends, over time, Anil and his wife Sunita have accepted Anand as part of their family. Sonam’s brother Harshvardhan is also very comfortable in his company.” The family friend also added that the wedding is “only a matter of time”. About the venue, “It may be a destination wedding. Or it may be a big fat Punjabi Delhi wedding. The two families are still to decide.” 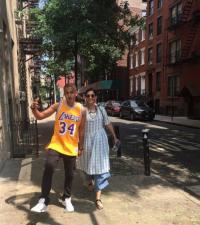 When asked Sonam about her wedding, she said, "I will start talking about it when the media will start asking the same questions to all the male actors in our industry -- about how they will take up their career after marriage, when will they make a comeback after the birth of their baby... This whole attitude towards married actress should be changed." 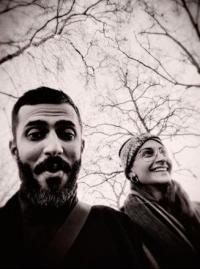 She also cited references from the past, and said, "Whether it is Nutan, Nargis, Waheeda Rehman, Sharmila Tagore, Dimple Kapadia, Madhuri Dixit, Kajol, Kareena Kapoor Khan -- they are all loved by our audience even after their marriage. So, the mindset has been encouraged by a few filmmakers and media people. But hey, there are progressive and non-progressive minds in every business. So as in our industry. We should keep working... the change will come." 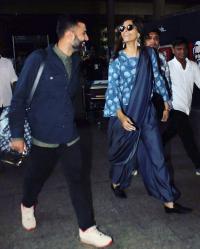 We all are excited to see Sonam as a bride in Abu Jani and Sandeep Khosla outfit.

Next Read: B-Town Actress Preity Zinta Celebrates Her 'Longest Birthday Ever', With 'Pati' Gene In LA!