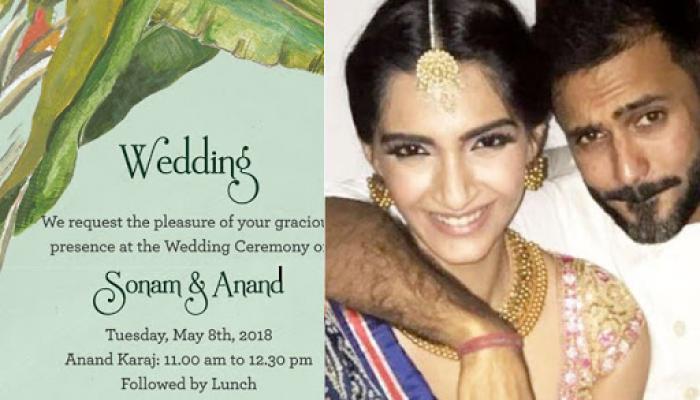 ‘I do’ is what Bollywood’s beloved Saawariyan girl, Sonam Kapoor is going to say to beau Anand Ahuja on May 8, 2018. Yesterday late in the evening, both the Kapoors and the Ahujas issued a joint statement to tell the world about the most-awaited wedding of the year.

While rumours of Sonam’s wedding have been doing rounds for quite a few months now, it was the videos of Sonam’s mother, Sunita Kapoor checking the decoration lights of their Juhu bungalow that added fuel to fire on the wedding rumours. Fans and media can’t help but gush over how beautiful Sonam will look as a bride! 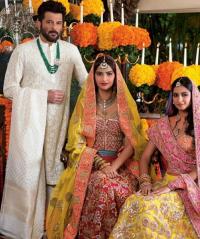 Today, SpotboyE managed to grab the pictures of the beautiful e-invites of Sonam and Anand’s wedding. Take a look at the simple yet elegant designs and observe as to what you find in common in the invites for all the functions: 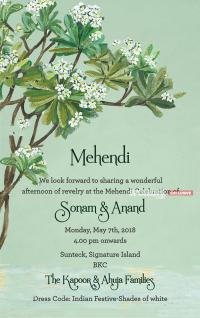 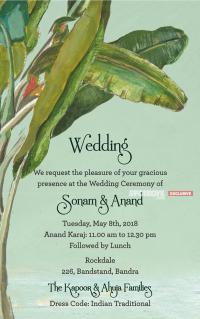 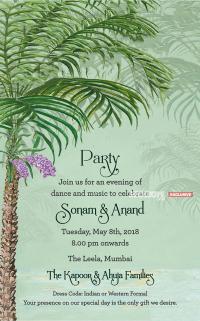 Did you look at the invites carefully? It depicts the environmentalists that both Sonam and Anand are. The e-cards are themed in green with beautiful flowering plants that embark the beginning of a new life. How thoughtful are they! (Do Checkout: Janhvi Kapoor Will Perform To Sridevi's Songs At Cousin Sonam Kapoor's Wedding)

As per the invite, the Kapoors will have a gala celebration starting from May 7 at Sunteck, Signature Island, where the mehendi ceremony is supposed to take place. After taking their wedding vows on May 8 at Rockdale, Bandra which is Sonam’s aunt’s bungalow, the couple will move onto The Leela, Mumbai for an evening filled with fun, frolic, dance and laughter. 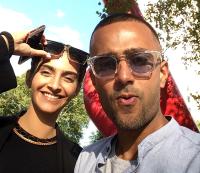 After waiting for so long, the Kapoors and the Ahujas finally opened up about the big bash, yesterday (May 1, 2018). The statement issued by them read, “The Kapoor and Ahuja families take great joy and pride, in announcing the marriage of Sonam and Anand. The wedding will take place on the 8th of May in Mumbai. Since it is an intimate affair, we request you to respect the family's need for privacy. Thank you for all your blessings and love, as we celebrate this special moment in our lives." (You May Also Like: Sonam Kapoor And Anand Ahuja's Wedding Guest List- BFF Kareena Kapoor Khan To Deepika-Ranveer)

Previously, when Sonam was asked about her wedding plans, she had shared, “I think the whole idea of a marriage is more appealing to me than a wedding. I think there is too much money spent; it's all very crass, and I would rather give that money away. I'd rather have a wedding at home than anywhere else. I think it's important to do all the rituals, but I don't believe in spending all that money, I find it disgusting and very wasteful and I'm not okay with that at all.” Now we know why the couple is having such a close-knit and private wedding. (Don't Miss! The Most Compatible Sister Duo Kareena And Karisma Don't Share Same Parenting Views)

Apart from this, what we really look forward to are the star-studded performances of Sonam’s close friends from the industry. Reports had it that the preparations are going on in full swing and every act is choreographed by Farah Khan as a gift to Sonam. 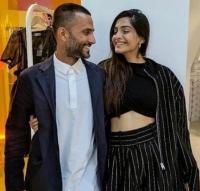 Sonam and Anand, now that it’s confirmed, we wish you all the luck in advance for your wedding. Can’t wait to see the pictures of both of you looking at each other and taking the ‘great vow’! Wish you all the very best.