Bollywood actress, Sonakshi Sinha is famous for her acting skills but here some interesting, rare, hidden, and unknown facts about her that'll blow your mind instantly. Details inside!

Bollywood actress, Sonakshi Sinha is an inspiration for many! Form her impressive acting chops on the big screen to her fight against social media bullying and fat-shaming, the actress has made people fall in love with her. Sonakshi is the daughter of legendary actor, Shatrughan Sinha and iconic actress, Poonam Sinha. The actress was born in June 2, 1987, in Patna, Bihar and is the youngest child of her parents. Sonakshi also has two older twin brothers, Luv Sinha and Kush Sinha, and the actress never misses a chance to shower her immense love on them.

Talking about Sonakshi Sinha's acting career in Indian cinema so far, the actress had made her debut in Bollywood in 2010 with the blockbuster film, Dabangg, in which she had starred opposite superstar, Salman Khan. The actress had won Filmfare Award for Best Female Debut, after which there was no stopping her. Sonakshi had worked with some of the biggest male superstars of the Indian cinema in films like Rowdy Rathore, Son of Sardaar, Lootera, Mission Mangal, Akira, and the list goes on. However, not many people are aware of Sonakshi's interesting confessions, rare secrets, and unknown facts that describe her the best. Scroll down to know it all! 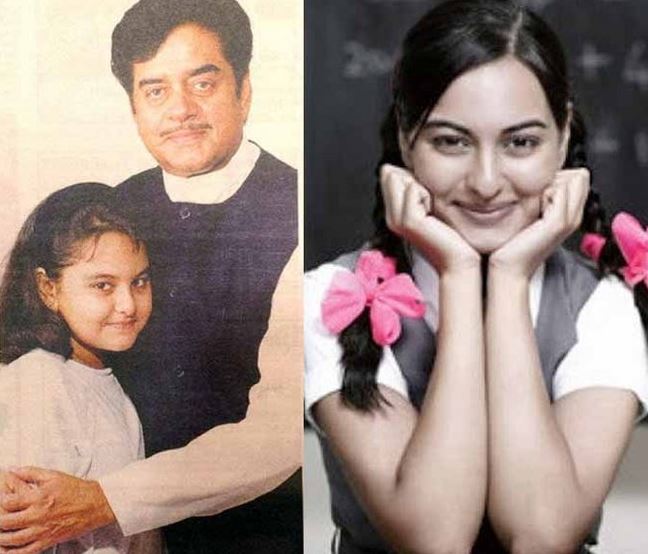 Everyone is aware that Sonakshi Sinha's nickname is 'Sona', as it is also mentioned in her Instagram handle. But not many people are aware of her family nickname, which is 'Shotgun Jr'. For the unversed, Sonakshi's father, Shatrughan Sinha was mainly referred to by media, friends, and fans as 'Shotgun' during his acting days. The actress had completed her schooling from Arya Vidya Mandir and was one of the brightest students in her class. Sonakshi's favourite pet is a dog, and her love for them is easily visible on her social media handles.

Recommended Read: Sanjay Dutt Broke Down Into Tears After Listening To Nargis Dutt's Last Recorded Message For Him

It's hard to digest the fact that Sonakshi Sinha, who has been making headlines, and had given her career's best performance in the hit film, Lootera was once a fashion designing student. She had also designed various costumes for many movies but most notably for the 2005 film, Mera Dil Leke Dekho. Sonakshi Sinha had done her graduation in fashion designing from the renowned institute, Premlila Vithaldas Polytechnic of Shreemati Nathibai Damodar Thackersey Women's University. Also, Sonakshi had a brief stint in the modelling industry as she had walked the ramp at Lakme Fashion Week in 2008 and 2009. 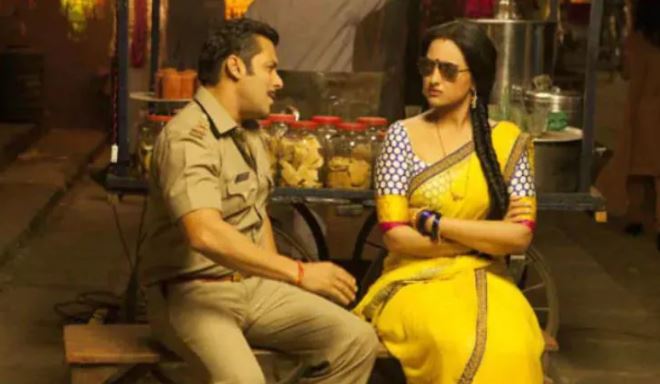 Sonakshi Sinha had made her acting debut in Bollywood with the film, Dabangg opposite Salman Khan. The movie broke numerous box-office records and had become the highest-grossing movie of 2010. Also, the film had ultimately engraved its status as an all-time blockbuster. Sonakshi was a star overnight, but her decision to donate her signing amount to Salman's charitable foundation, Being Human had made everyone fall in love with her. Before Sonakshi Sinha had made a mark in the industry with her innocent looks, beautiful smile and impressive acting in Dabangg, she actually weighed around 90 kgs? Yes, you read it right. The actress had lost almost 30 kgs before making her film debut in Bollywood. However, losing weight was not an easy task for her. Sonakshi Sinha had even hired Shahid Kapoor's trainer to tone down her body. Her workout routine consists of some intense exercises like cardio, cycling, functional and weight training, swimming, playing tennis, hot yoga, and spinning for more flexibility.

You May Like: Madhuri Dixit And Juhi Chawla Revealed The Reason Why They Didn't Marry A Bollywood Actor

#5. Sonakshi once threatened to quit school In 2020, Kareena Kapoor Khan had invited Sonakshi Sinha on her popular talk show, What Women Want and had talked about her childhood in particular. The actress had asked Sonakshi to throw some light on the pressure she had faced during her younger days because of her parents, Shatrughan Sinha and Poonam Sinha's incredible stardom. Sonakshi had recalled when her father had become a Member of Parliament, and heavy security was deployed with her. Sonakshi had said,

"When my father became a minister, I was in the 6th or 7th standard. Suddenly, heavy security and gunmen started travelling with us." 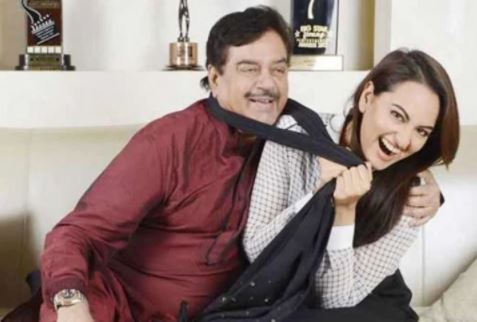 Going further in her conversation with Kareena Kapoor Khan on her talk show, Sonakshi Sinha had also added that she had left her cool when security guards had started following her even inside the school premises. That was when Sonakshi had threatened her mother, Poonam Sinha that she would quit school if this isn't going to stop right now. Sonakshi had said,

"I went to school, and a jeep filled with security guards carrying guns followed me. The entire school was like, 'What is happening?' I felt so terrible. I went and told my mother that I would not go to school until all this stops. I would feel very weird that everywhere I went, someone would always come with me." 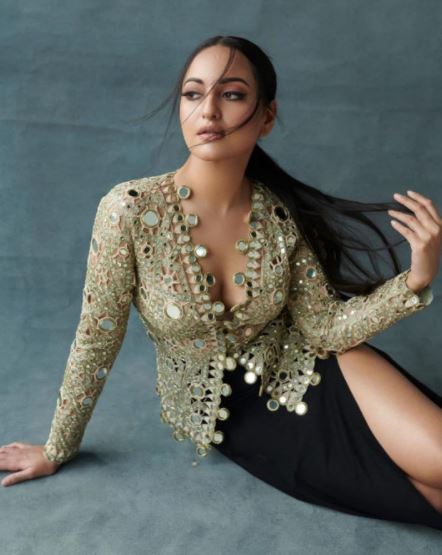 Sonakshi Sinha is also one of those actresses who has been linked up with many men. So much so that in 2017, rumours were rife that Sonakshi was all set to marry her then alleged boyfriend, Bunty Sajdeh, who happens to be Sohail Khan's brother-in-law. After some time, there were reports that Sonakshi is rumoured to be in a relationship with Notebook actor, Zaheer Iqbal. But in one of her media interactions, Sonakshi had dismissed all these rumours. 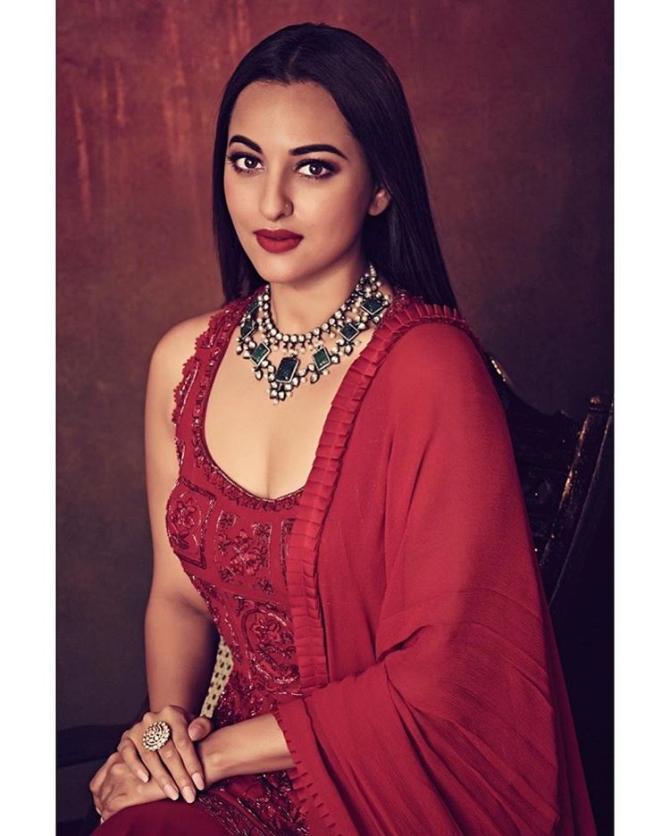 In an interview with the Bombay Times, Sonakshi was probed to tell what kind of person she gets drawn to romantically. She had said,

"I want to be with somebody with whom there is no pretence, just complete honesty. Somebody who will love me for who I am and not what I am. I am a complete romantic at heart. I want all the sweet, small and simple things that come with love."

Some heated rumours were rife in the air, about Sonakshi Sinha and Shahid Kapoor dating each other, while they were shooting for R Rajkumarr. So much so, that the whole industry was intrigued to know the truth since both of them were single at that point! However, the actress had dismissed all the dating reports in her interview with Pinkvilla and had said,

"I feel like sometimes people just, these rumours just start, people don't have many things to talk about. When two single people are shooting, they are like, 'oh what to do, Chalo let's start a rumour. It is quite funny. It did not bother me. Shahid and Me are good friends even today. At that time, we would laugh it off too. It never bothered us."

Don't Miss: Sunny Deol And Dimple Kapadia's Rumoured Extra-Marital Affair Is Not Over Even After Almost 40 Years Sonakshi Sinha has revealed in most of her interviews that Bollywood's Khiladi Kumar, Akshay Kumar is her idol. Also, she always tries her best to replicate the kind of discipline, hard work, and hunger he holds in his heart and mind for the things he wants to achieve. Sonakshi had also worked with Akshay in multiple films like Rowdy Rathore, Mission Mangal, Once Upon A Time In Mumbai Again, Joker, Holiday, and many more.

There's no doubt that Sonakshi Sinha is one of the most hardworking actresses in the Bollywood industry and never misses a chance to challenge her limits both on and off the screen. Well, which fact about Sonakshi surprised you the most? Let us know!