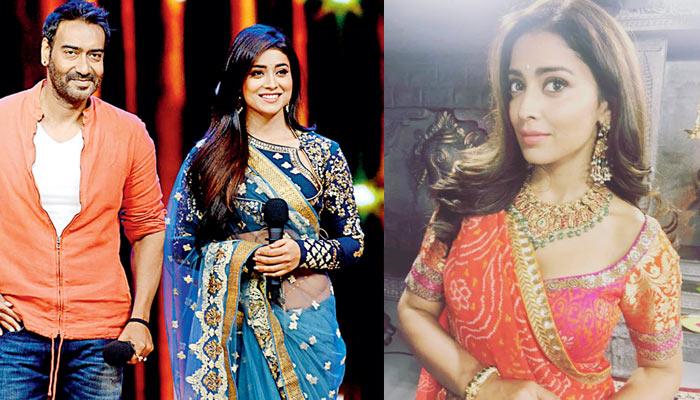 Known for her outstanding performances in South Indian cinema, Bollywood movies and American cinema, this actress has her own charisma. We are talking about none other than Drishyam fame, Shriya Saran. Yes, the powerful actress who essayed the role of Ajay Devgn’s wife in the movie. It is with this film that she garnered the much-awaited fame.

Just like Sonam Kapoor-Anand Ahuja and Deepika Padukone-Ranveer Singh, Shriya Saran’s wedding rumours also started doing the rounds as and when the year 2018 rang in. Lately, Mumbai Mirror came with a report that the actress is planning to tie the knot with her long-time Russian boyfriend, Andrei Koscheev. Well, as it is said, there is no smoke without fire. The news happens to be true and the actress has already entered the nuptial bond.

Shriya and Andrei had a low-key wedding affair at her residence in Mumbai on March 12, 2018. The wedding took place in the presence of all the family members and a few friends. As per a report by Mid-Day, their wedding was performed as per Hindu rituals. The actress and bride wore a pink outfit. Also, prior to the wedding, the couple also organised a pre-wedding party. Mid-Day quoted a source as saying, "It was a private affair with only family members and close friends present. The only celebrity guests present were Manoj Bajpayee and wife Shabana, who stay in the neighbourhood."

Sometime back, it was said that Shriya and Andrei will be having a three-day wedding affair, starting from March 18. Also, it was then said that the wedding would be a destination one in Udaipur, Rajasthan. All this while, for those years or time she has been dating Andrei, she was tight-lipped about it. She successfully kept her relationship out of media glare. It’s just recently only that when their wedding news came, everyone got to know that she was seeing someone.

Let us tell you a bit more about Andrei. Born in St Petersburg in Russia, he is currently staying with his mom and brother. He has bagged a degree from Stockholm School of Economics. Being an adventurous person, the handsome hunk loves to travel and drive. In addition to this, he owns a restaurant called Domavkusnee. His restaurant is widely known for its custom-made menu and dishes. So much so that he has the Best Young Entrepreneur award in his kitty, which he got in the year 2015.

Congratulations to the newly-weds, Shriya Saran and Andrei Koscheev on entering the doubles’ club. Everyone is eagerly waiting for your wedding pictures and an official announcement!

NEXT READ: 'Beta' Reyansh Kohli Laughs His Heart Out As 'Maa' Shweta Tiwari Feeds And Kisses Him