Deepika Padukone and Ranveer Singh are certainly the flavour of Bollywood. Initially, this much-in-love couple never really came out in the open about their relationship. But, they have often been seen indulging in public display of affection, which made it quite obvious what their relationship status is. Deepika in an interview said that Ranveer has been and will always be an extremely important part of her life. and now the couple has announced that they are tying the knot on November 14-15, 2018.

While we are all waiting to witness Deepika and Ranveer as bride and groom, we just thought of giving you a look back at some of the most adorable PDA moments of Deepika and Ranveer’s life, that will make you go aww over the couple.

#1. Proposing to Deepika during IIFA awards 2015

Do you all remember, how Ranveer while hosting the IIFA awards 2015 went down on his knees proposing his lady-love Deepika, with a heart-shaped balloon? That was an occasion which made many people realise how serious the two are about each other.

#2. Ranveer chasing Deepika with a flower In the year 2015, during choreographer-director, Farah Khan’s birthday bash, Ranveer was seen chasing Deepika with a flower in his hand, while she walks away amused with the director, Karan Johar hand in hand. This impromptu action by Ranveer Singh earned him quite a lot of brownie points from Ranveer-Deepika fans worldwide.

#3. Protecting Deepika from the crowd at 'Gajanana' song launch 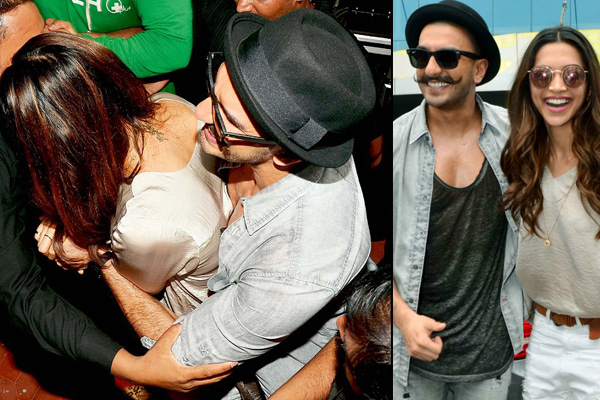 When Bajirao Mastani’s first song Gajanana was launched, Ranveer did the ultimate act of a protective, caring and loving boyfriend. He engulfed Deepika in his arms protecting her from the massive crowds while their bodyguards dealt with the situation. 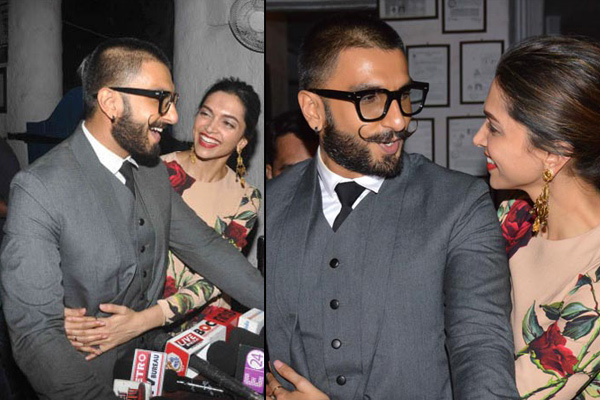 At Deepika’s movie, Tamasha’s success party, Ranveer was talking to the media when suddenly from behind Deepika came and hugged him. The look that Ranveer had on his face when he looked at Deepika would have surely melted millions of hearts.

#5. Another proposal on the sets of TV show Swaragini 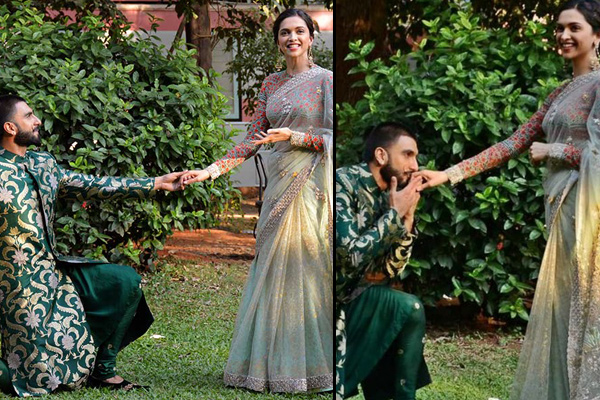 Looks like Ranveer has been after Deepika to say yes to him for a long time now. Maybe that is why he went down on his knees again during the Bajirao Mastani promotional shoot for Colors drama, Swaragini.

#6. Cutest 'you are my best friend' dubsmash

Deepika and Ranveer have become famous for posting some of the cutest pictures and videos on social media. In fact, their ‘you're my best friend’ dubsmash video became insanely popular earning the couple the title of ‘too cute for words’ by their fans. When the couple visited the sets of Colors comedy show, Comedy Nights Bachao, Ranveer was seen indulging in PDA with Deepika by kissing her on the cheeks, hugging her protectively, giving not-so-subtle hints about their relationship status, etc. Was it his way of telling the world indirectly that Deepika is only his?

#8. Calling each other 'special' in media Deepika during an interview called Ranveer ‘special'. In fact, her quote on him expressing how she feels when she is with him went viral:

“I can be so naked in front of Ranveer... and I know he will never hurt me or take me for granted. That is the kind of trust and understanding we have. The reason I love and respect him is that I can bare my soul and still feel comfortable. If this is divine connection - this is what it is!"

#9. Deepika is 'Special' for Ranveer 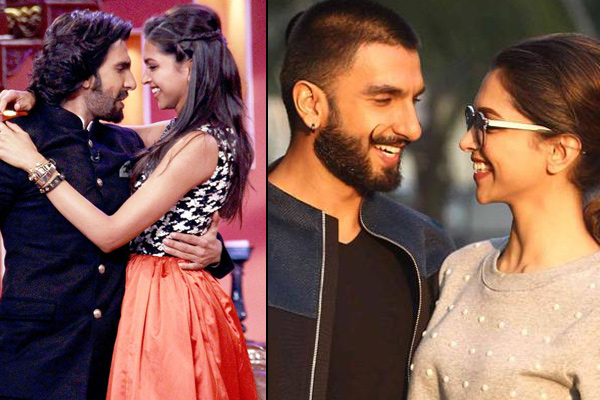 Ranveer on his part has never hidden his affection towards his Ram-Leela and Bajirao Mastani co-star. Be it calling himself suffering from 'loveria' not dengue, or mentioning that he could wait a lifetime for Deepika, Ranveer has always been open about how he feels for her. Here is what the actor had to say about Deepika, post Bajirao Mastani’s success:

“She is special, in a way that I can’t express in words.”

In a cute 15-second video posted by Ranveer himself, Deepika could be seen happily snipping off Ranveer's 'Bajirao' moustache, leaving him looking much more handsome than before. The couple's adorable video went viral leaving media and their fans fall in love with them even more.

#11. When Ranveer went specially to Canada for V-Day Well, we adore the way Ranveer and Deepika express their love to each other without actually admitting to it. Can't wait more to witness the most-awaited Bollywood wedding of Deepika Padukone and Ranveer Singh!

NEXT READ: Adorable Moments Of Rithvik Dhanjani And Asha Negi Scream Of Love, Are As Pavitra As Their Rishta