Shreyas Talpade’s first home-production and directorial debut, Poster Boys, starring Sunny Deol and Bobby Deol, has been making waves at the box-office. The film not only brought back the Deol duo but also tickled our funny bones. And for Shreyas, this moment is nothing but a dream come true.

Recommended Read: R Madhavan And Sarita Birje: The Love Story Of A Mentor And A Student

Shreyas credits his wife, Deepti Talpade for all the luck and success that he has achieved in his life so far. Let’s find out how this cute couple met and fell in love. So, here is Shreyas Talpade and Deepti Talpade’s love story.

The big break and film career 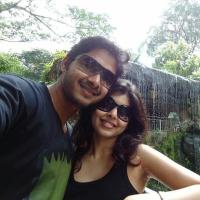 Even though Bollywood has still not been able to fully explore and utilise his acting potential, Shreyas did enjoy a fair share of fame, success and adulation. Though he has done several itsy-bitsy, blink-of-an-eye roles here and there; his first big break came with Nagesh Kukunoor’s critically acclaimed, Iqbal. Talking about how he bagged the role, Talpade had revealed in an interview with Rediff:

“I had seen Nagesh Kukunoor's Bollywood Calling and Teen Deewarein and liked his work. When I heard Nagesh was auditioning for his new film, I went for it. I thought even a small role would make a difference, as Nagesh always etches out his characters well. I had no clue about the role during the auditions. Nagesh just said it was for an important role. At the end of the third round, Nagesh told me it was for the lead. He signed me after he was convinced about my bowling action and body language. Iqbal had a great story, a great role, was produced by a big banner like Mukta Arts and had stalwarts like Naseeruddin Shah and Girish Karnad. It was a great opportunity." 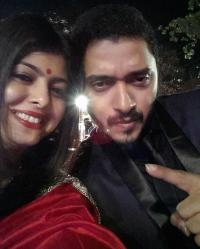 The film established him as the next ‘big talent’ to watch out for and helped him carve a niche with his acting brilliance. Films like Dor, Welcome to Sajjanpur and Om Shanti Om made people sit upright and take a notice of him. However, lack of power-packed roles and meaty parts left him with poor film choices. He kept moving away and away from the big filmy circuit only to bounce back with the Golmaal series. 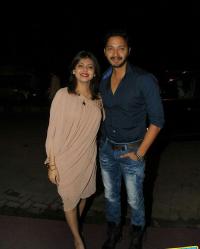 It was during the not-so-successful phase in his life that Shreyas decided to do something beyond acting. Shreyas jumped back to the industry by opening his own home production and producing a Marathi film, titled Poshter Boyz. Post the unbeatable success of the film, Shreyas went on to make a Hindi remake of the film and titled it Poster Boys.

The Iqbal actor, who has been through a lot of ups and downs, feels that none of this would have been possible without his lady luck, his wife, Deepti Talpade. 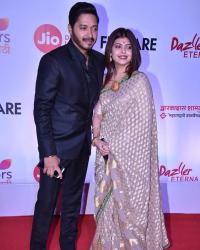 Spilling the beans on how he (the big star of Marathi TV shows) met Deepti (who was a commoner) and fell in love with her, Shreyas once said:

“I had been invited to her college for an event. It was my first as a celebrity; my Marathi show, in 2000, had become quite popular. My character was also loved. It was one of those college festivals, where celebrities come for 15-20 minutes. Of course, I was so excited. That’s where I met her for the first time, and as everyone says, dil mein ghanti baj gayi! I had never dated anyone before; she was the first person I dated, and luckily, we got married.”

Do Read: The Love Story Of Dia Mirza And Sahil Sangha That Turned Into A Fairytale Wedding

“The saying, ‘There’s a woman behind every successful man’ stands true in my case. I can proudly say that she’s the pillar of strength in my life. She never interferes in my work, and is always there for me, be it good times or bad. She was there even when I was not into films, and had just started doing theatre and television. There was a phase when I was completely down and out, but Deepti supported me, and that’s what really matters.” 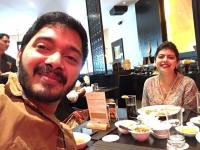 You can feel the love he has in his heart for his wife, Deepti, with the way he says the most adorable things about her and credits his entire success to her. At one such occasion, Shreyas had said:

“She makes me stable, secure and confident. My wife is my lady luck. I was offered Iqbal just when we got married. She stood by me when I needed her the most; she comforts me when I have my low phases. Being a psychiatrist, she deals with ‘this patient’ for months when my films flop.”

The doting and perfect husband 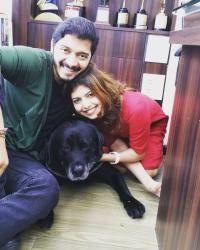 Madly-in-love, Shreyas and Deepti keep showering each other with expensive gifts. Once the shooting of his home-production, Poshter Boyz, was finished, Shreyas showed his gratitude to Deepti by gifting her a swanky, high-end luxury car. Talking about the day when Deepti received the gift, a source who was present at the wrap-up party of the film quoted to the TOI:

“The unit was celebrating the wrap-up party of his home production, Poshter Boyz, when a brand new luxury car was driven in. We were all surprised, and so was Deepti, who headed the film's costume department. She was speechless when she got to know that it was a gift for her." 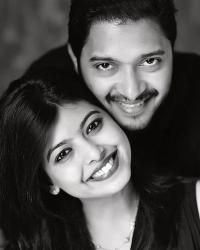 Explaining how the gift meant more than what it looked like, Shreyas revealed:

“Deepti is a clinical psychologist by profession. It was not an easy feat for her to grasp the technicality of production and facilitate the completion of the shoot in record time. This is not a husband pampering his wife, but a co-producer recognising the sincerity and honesty of his producer-partner. Besides the costumes, she also brought in a certain aesthetic value to the project. I am now busy with post-production and plan to release the film by July 4." 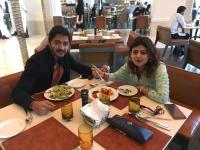 On a lighter note, Talpade had once said:

“I’m madly in love with Katrina Kaif and want to do a film with her. Though my wife would prefer I be more interested in Kareena Kapoor as she really adores her. But I’m wary of Saif Ali Khan beating me up. I’ve worked with Kareena and she’s a joy to work with. But I still adore Katrina. She’s fresh, cute and keeps getting better with each film.” 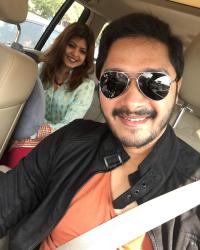 Doesn’t their adorable love story make you believe in the phrase ‘marriages are made in heaven’? We hope and pray that the heartwarming couple – Shreyas and Deepti – remain happy forever and enjoy many more years of togetherness and marital bliss. We hope you liked Shreyas Talpade and Deepti Talpade’s love story.

Next Read: The Charming Love Story Of Aishwarya Rai And Abhishek Bachchan