While we already knew that Kareena Kapoor had revived Sharmila Tagore's bridal outfit, what we don't know is that it had originally belonged to Mansoor Ali Khan Pataudi's mother, Sajida Sultan.

Our country is known for its diverse traditions and customs, which are passed on from one generation to another. While certain traditions hold the society back and are followed with cooked-up beliefs and feelings, some beautiful customs prove why India is known as a kaleidoscope of cultures and it is our traditions that define us! In weddings too, we get glimpses of the beautiful traditions and customs that the couple happily follows and some have realistically progressed in a way that's beyond basic comprehension. The modern-day weddings are a perfect blend of traditions as it reflects the modernity while keeping the old school charisma intact. Such was the royal wedding of Kareena Kapoor and Saif Ali Khan back in 2012.

When Saif Ali Khan and Kareena Kapoor had worked in their first film together, LOC Kargil, little did they know that one day they will be greeted as ‘mister’ and ‘missus’. Saif and Kareena’s wedding in 2012 had taken the celebrity wedding bar high as their royal union proved that inter-faith, inter-religion, inter-background and inter-anything doesn’t matter when you are in love! When Saif and Kareena had embarked on their marital journey as husband and wife, their wedding was the talk of the town for obvious reasons. But more than anything, it was Kareena’s sweet gesture of wearing the Pataudi family’s heirloom for her wedding that made our hearts flutter in awe! 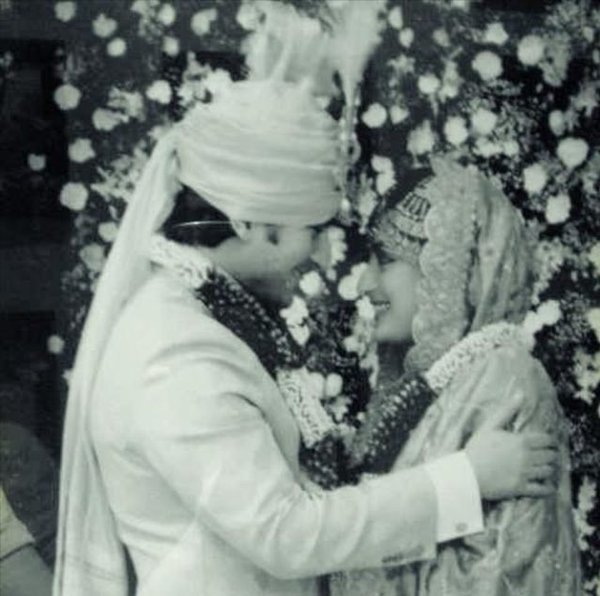 There’s something special about the heirlooms. It not only gives a vintage charm but is anchored with sentimental value. For her nikaah, Kareena Kapoor had opted for her mother-in-law, Sharmila Tagore’s bridal sharara which she had worn on her wedding with Mansoor Ali Khan Pataudi in 1962. The wedding outfit comprised of a tissue rust-orange kurta, a matching dupatta embroidered heavily in gold, and sharara with a contrasting, mint-green border.

For Kareena, her designer friend, Manish Malhotra had revived the sharara set. While we already knew that Kareena had revived Sharmila's bridal outfit, what we don’t know is that it had originally belonged to Sharmila Tagore’s mother-in-law, Begum of Bhopal.

Sharmila Tagore’s elder daughter, Saba Ali Khan and designer, Ritu Kumar revealed the details about the same. While Saba posted a picture of her grandmother, Sajida Sultan, mother, Sharmila Tagore and sister-in-law, Kareena Kapoor Khan wearing the same bridal ensemble at their respective weddings and proving how traditions live on forever, Ritu had revealed the details about the outfit in a 2019 post. Saba captioned the pictures as 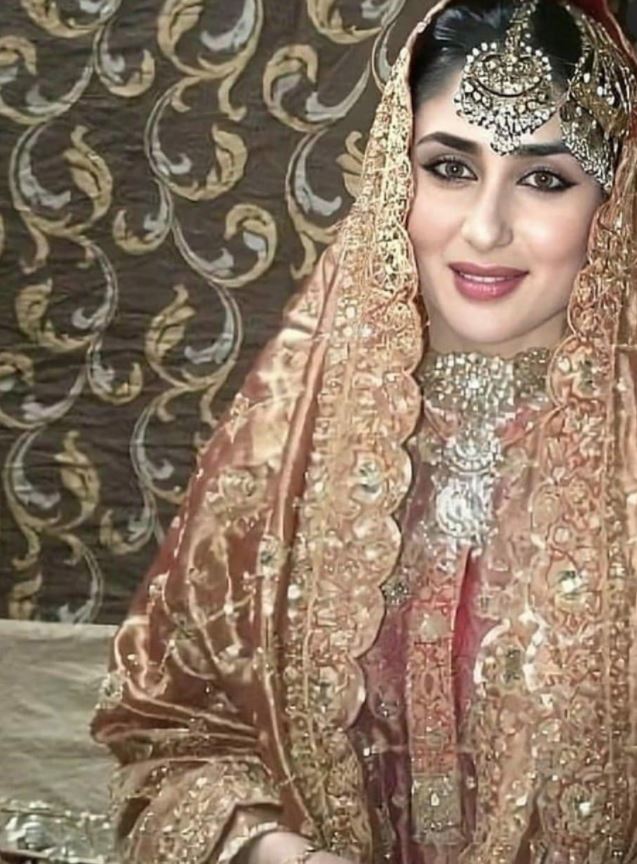 In August 2019, Ritu Kumar had posted a picture of Sajida Sultan, wife of Iftikhar Ali Khan and grandmother of Saif Ali Khan, Saba Ali Khan and Soha Ali Khan. As the Begum of Bhopal had looked graceful in her bridal look, Ritu revealed the details of her ensemble and captioned her post as

“Sajida Sultan was the begum of Iftikhar Ali Khan, 8th Nawab of Pataudi and, in her own right, the 12th (and last, titular) Nawab Begum of Bhopal. Her three-piece ensemble in gold tissue has intricate gota work and zardozi details on the border and neckline. This antique couture masterpiece has been passed down the generations in the family.” In an interview with the Vogue, Ritu Kumar had revealed how the traditional ensemble has been in the Pataudi family for three generations and was originally crafted for the marriage of the Begum Sajida Sultan of Bhopal in 1939. Ritu had said,

“Kareena’s antique heirloom was a Bhopali joda, which originally belonged to Sharmila Tagore’s mother-in-law Begum of Bhopal, who belonged to the royal family of Bhopal. The joda had to be revived and restyled in a way that it would fit into the aesthetics of today without losing its intrinsic quality. It took six months to conceive and recreate the odhni and the outfit. The outfit was a divided sharara with a long tail, which needed two people to hold from the back while walking. The tail was made shorter so that Kareena was comfortable and could walk with ease.” 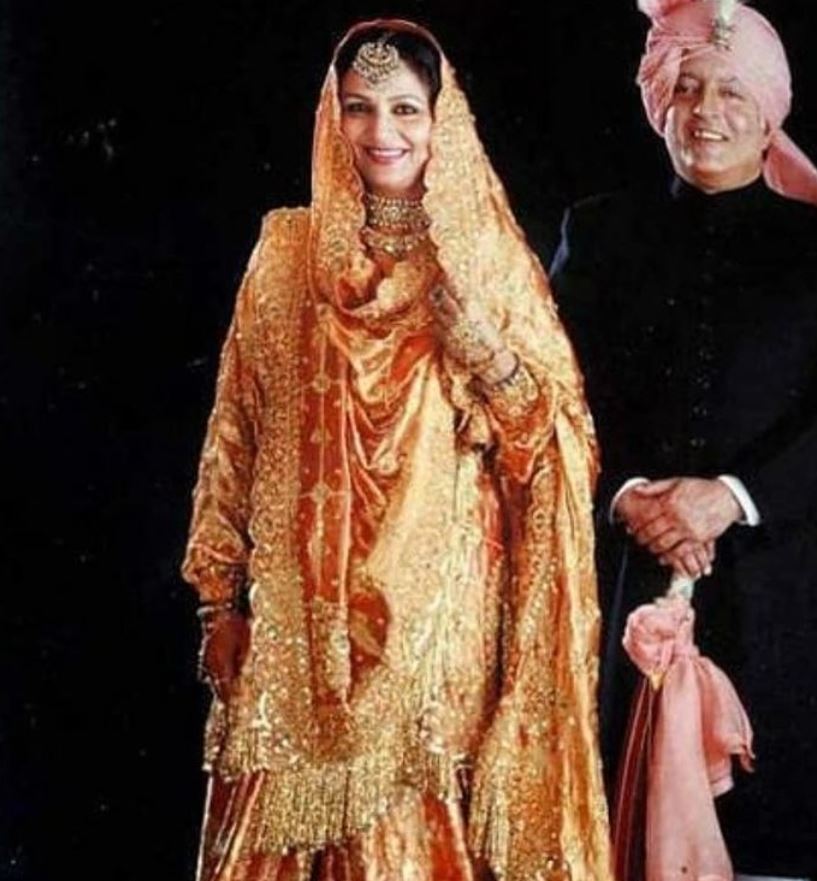 Admitting that capturing the outfit’s authenticity had proved to be a task, Ritu Kumar had stated,

“The farshi pyjama and kurti have been recreated as replicas to the original. The odhni was in better condition, so we only had it repaired. These old garments tend to fray and fall apart. But they also have a sanctity of their own, and I would never cut up an heirloom like that if I could help it. It was a challenge to see if in today’s India, we could recreate something that was made 100 years ago. To find the people who still had those skills, I had to track down a master craftsman and design the fabric in Benaras and Ahmedabad. The entire outfit is detailed with very fine embroidery. It has no bling, as there was none in that time. And Kareena looks lovely in those colours.” We loved all three brides, sporting the same outfit with their own charm and style!

NEXT READ: Karisma Kapoor Was About To Become A Bachchan 'Bahu' But Ended Up Becoming Sanjay Kapur's 2nd Wife