As Sharmila Tagore turned 77, her daughter-in-law, Kareena Kapoor Khan penned an 'iconic' birthday wish for her!

Kareena Kapoor had become a part of the Pataudi family officially in October 2012 when she had tied the knot with Saif Ali Khan. However, Kareena’s bond with her husband’s family goes way back as she was in a live-in relationship with Saif for a long time and had stood by his family when in 2011 his father, Mansoor Ali Khan Pataudi had breathed his last. For this, her mother-in-law, Sharmila Tagore has always praised her, making their saas-bahu bond stronger.

Kareena Kapoor Khan is so fond of Sharmila Tagore that she had ditched all the renowned designers in the industry for her wedding and had worn her mother-in-law’s wedding dress. In an interview with Hindustan Times, Sharmila Tagore had shared that designer, Ritu Kumar had restored her wedding lehenga and had embellished the vintage outfit for Kareena. As Sharmila Tagore turned 77, her bahu, Kareena Kapoor Khan penned an ‘iconic’ birthday wish for her. On her IG stories, Kareena shared an old monochrome picture of Sharmila from one of her films and called her saasu maa ‘beautiful’. Sharing the picture, Kareena wrote atop it:

“Happy birthday to my beautiful mother in law… ICONIC” 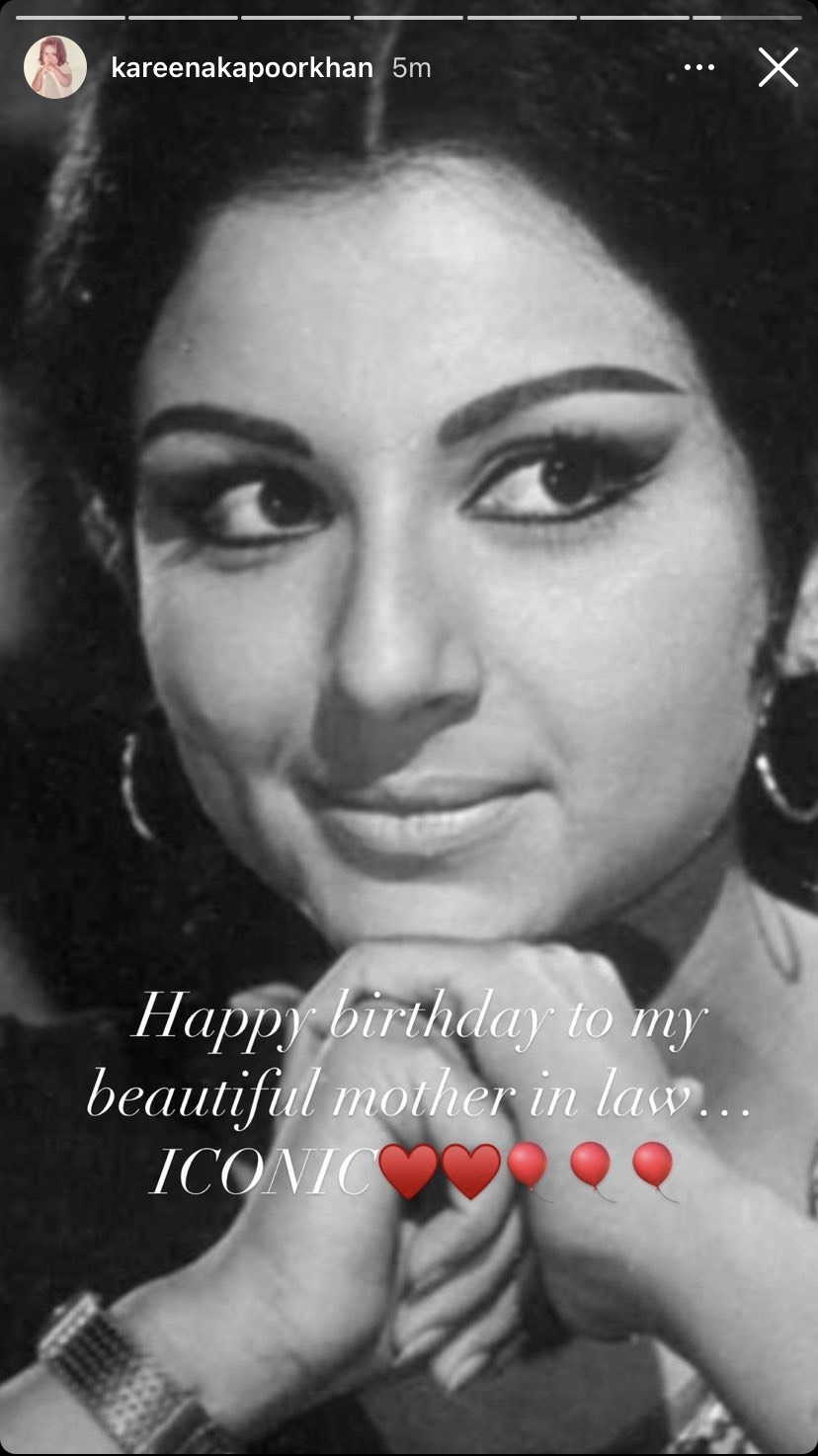 On the other hand, Sharmila Tagore’s daughter, Saba Ali Khan Pataudi took to her IG stories to wish her mother on her birthday. She posted a framed picture of Sharmila from her wedding on her IG stories and wrote, “The light of my life… Love you lots! Amma 12 am 8.12.21” and added a ‘Happy Birthday’ sticker atop it. She also shared a video on her IG handle, comprising some of Sharmila’s most treasured pictures and captioned it as: Soha Ali Khan also penned a birthday wish for her mother, Sharmila Tagore and shared a picture with her on her IG handle. Soha and her daughter, Inaaya Naumi Kemmu reunited with Sharmila at their Pataudi palace and she shared a picture from the same. In the picture, Soha can be seen sitting with her mother and she captioned it as:

"Happy birthday from the apple to the tree  #happybirthday." 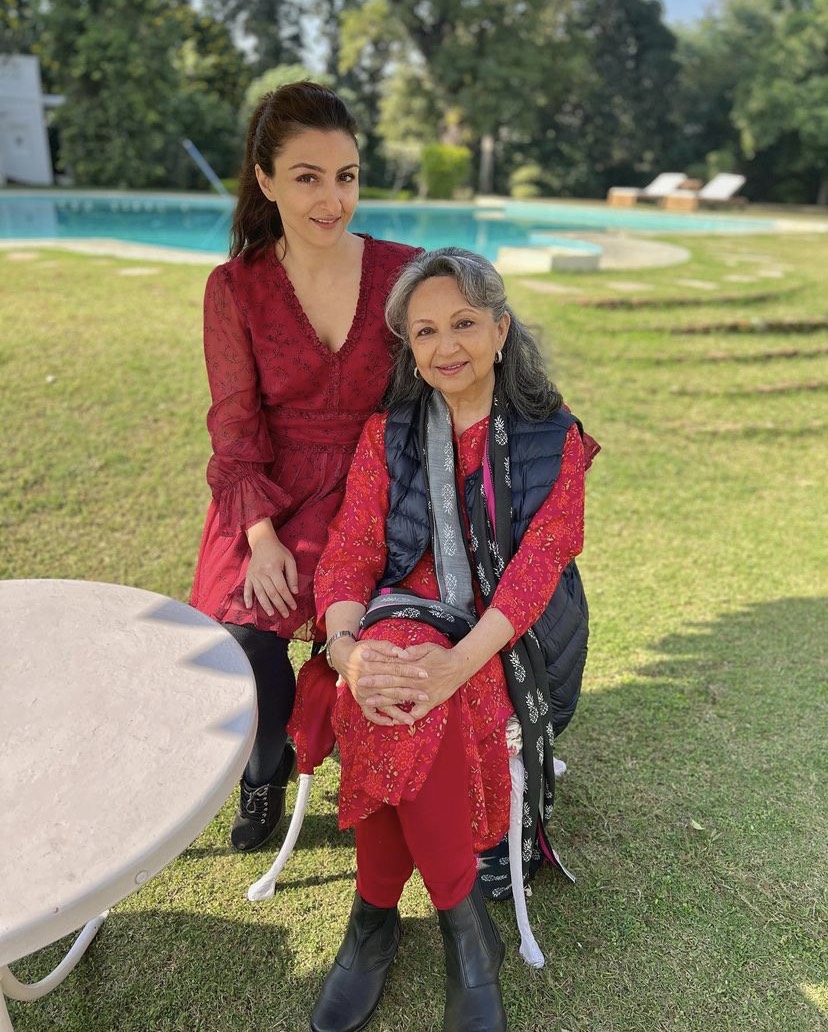 Recalling Sharmila’s 75th birthday, Saif Ali Khan, Kareena Kapoor Khan and their little munchkin, Taimur Ali Khan had joined Sharmila and had headed to Rajasthan. The pictures from Sharmila’s birthday getaway had gone viral on the internet and in the pictures, we could see the family enjoying their trip to Ranthambore and going out for a safari. Soha Ali Khan and her hubby, Kunal Kemmu also shared a few snippets from their safari and the birthday celebration.

Recommended Read: R Madhavan Recalls Getting Intimate With Wife In Public, Reveals How Police Caught Him 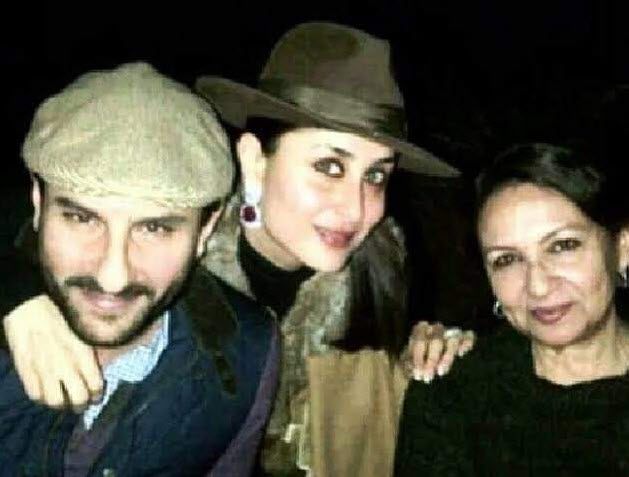 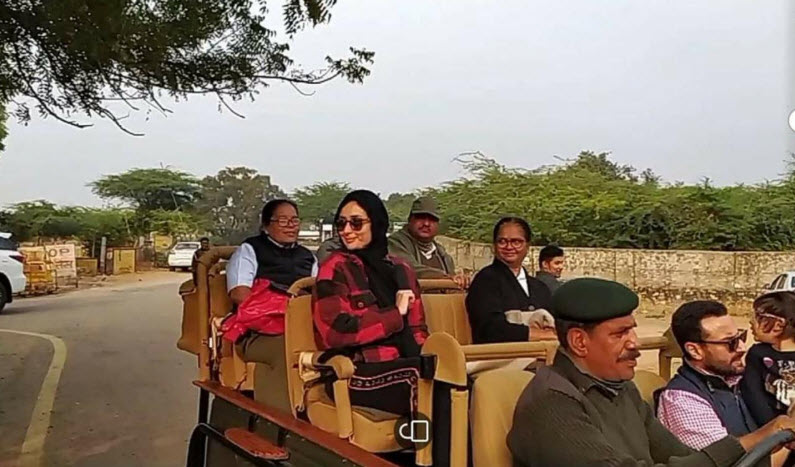 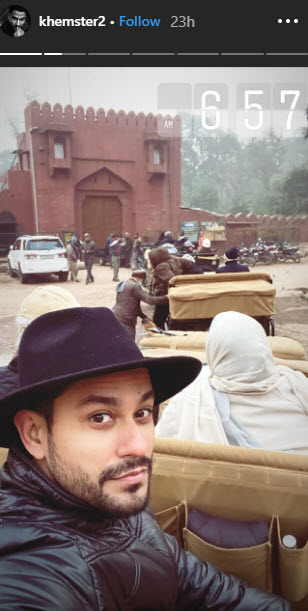 Kareena's relationship with her mother-in-law, Sharmila is an inspiration for all the 'saas-bahu' of the nation. Once in an interview with the DNA, Kareena had called her mother-in-law an eternal begum. She had said:

"For me, my mother-in-law will always be the eternal begum, a career-oriented woman who started a family, who ran the house, looked after three children but yet worked in the biggest commercial successes as well as some great serious cinema. She kind of always tried to balance everything. To me, she still is and still looks super gorgeous. Right from the beginning till now, I can't take my eyes off her. I look up to her in every way, so for me, she will always be that." 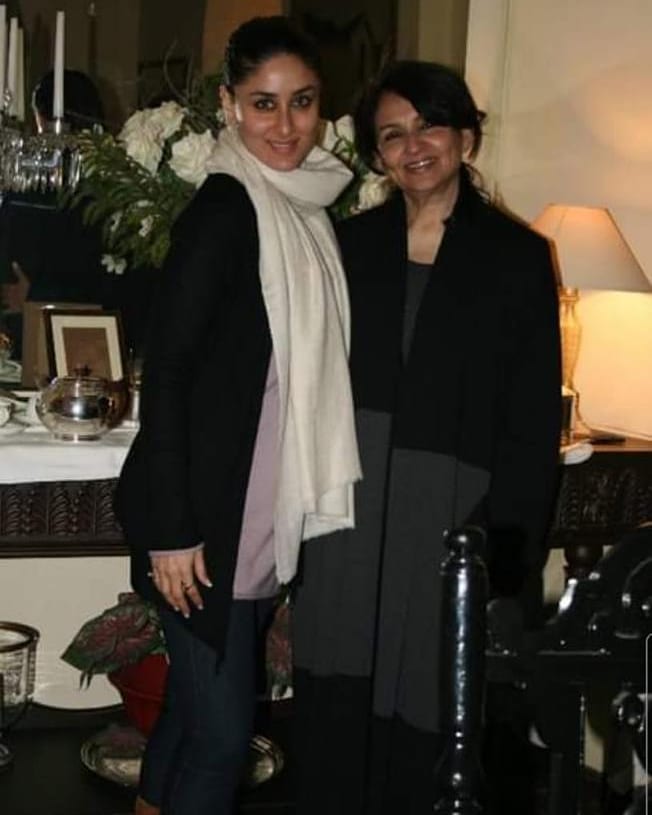 The late legend, Mansoor Ali Khan Pataudi, who is also known as Tiger Pataudi was born on January 5, 1941, in Bhopal. He was a pioneering figure in India's rich cricketing heritage. As of November 2015, MAK remained the youngest Indian Test captain and second youngest International Test captain worldwide.