Fell For A Director Who Lost His Wife And Dated A Married Actor For 10 Years, Tabu At 48 Is Single

Fell For A Director Who Lost His Wife And Dated A Married Actor For 10 Years, Tabu At 48 Is Single 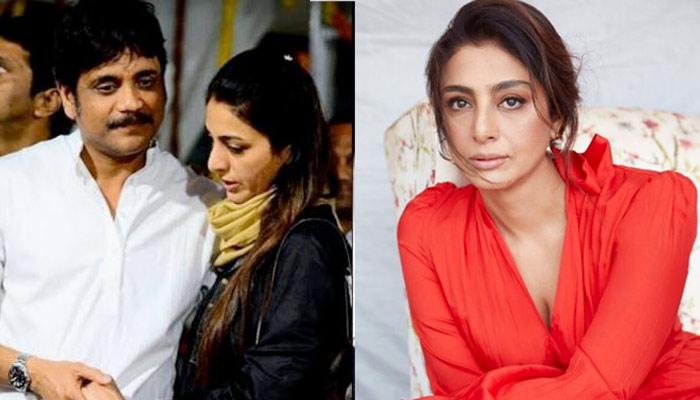 An ageless beauty inside out, Tabassum Fatima Hashmi, aka Tabu, is one strong lady that we are all proud of. She made her first appearance as a child actress in the movie, Hum Naujawan and she hasn't looked back ever since.

What sets Tabu apart is not just her talent but her strong individuality. If you want to know more about this multitalented actress, keep on reading.

An actress with multilingual talent

When Tabu made her debut as a young starlet with Hum Naujawan in 1985, it was speculated that she will be the next big thing and so she was. She has acted in numerous Bollywood films of different genres. Her critically acclaimed roles have been given to her by brilliant movies like Maachis, Kalapani, Astitva, Chandni Bar, Maqbool, Cheeni Kum, Haider and Drishyam. We have seen her as a headstrong cop, a seductive bar dancer, a caring mother and a strong female who wouldn't take "no" for an answer. Also Read: 8 Television Couples Who Are On Talking Terms Even After Break Up Or Divorce

Her magic has been felt down in the South Indian film industry and internationally as well. She has shown her flair for languages by doing films in English, Telugu, Tamil, Malayalam, Marathi and Bengali language. Her leading role in Mira Nair's drama, The Namesake, was appreciated all over the world. The list of awards given to her is endless. Don't Miss: 10 Famous Bollywood Celebrity Couples And Their Stunning Then And Now Pictures

Tabu has never been shy about being open about her love life. She accepts that she has learnt her love lessons in a rather hard way. The first serious affair in Tabu's life was with actor Sanjay Kapoor. The two started dating when they starred together in the movie, Prem. Nobody knows what went wrong but the two actors were not even on talking terms for a really long time. Suggested Read: 11 Famous Celebrities Who Are Parents To Adopted Kids

The next man in Tabu's life was director/producer Sajid Nadiadwala. Sajid was coping with his wife, Divya Bharti's loss when the affair started. The two tried to keep their relationship under the wraps for a long time because of the mysterious ways in which Divya died, but the truth eventually came out.

The third man in Tabu's life taught her the hardest lesson which not many have the courage to deal with. This was her affair with South's star, Akkineni Nagarjuna. Her affair with him was a very painful one. Nagarjuna was already married when he started dating Tabu. The two were never vocal about it. After ten long years of being with this man, Tabu realised that he is not going to leave his wife. This convinced Tabu to take the firm step and she broke up with him.

Tabu's love life has been more about the downs than ups but this never broke her spirit. She is an independent, strong lady and wouldn't settle for anything less than what she deserves. Recommended Read: 11 Made-For-Each-Other Real Life TV Couples Who Ended Up Getting Divorced

Her friends in the industry

Tabu has never been a party person. She does her work and goes back home. If there is someone in the entertainment industry that she feels connected with, it is Ajay Devgn and Farah Khan. She says that she is the most comfortable at Farah's house.

She shares a very special bond with Ajay Devgn. They grew up together in the same neighbourhood and she blames him for her not getting married as he used to bully any guy who would talk to her.

Remembering the old days, Tabu said, "Yes, Ajay and I have known each other for 25 years. He was my cousin Sameer Arya’s neighbour and close buddy, a part of my growing up years and that has laid the foundation of our relationship. When I was young, Sameer and Ajay would spy on me, follow me around and threaten to beat up any boys who are caught talking to me. They were the big bullies and if I am single today, it is because of Ajay. I hope he repents and regrets what he did." Don't Miss: 9 Famous TV And Bollywood Celeb Couples Who Had Twin Babies

Tabu's thoughts on marriage and kids

It is seen that children who come from broken marriages have a hard time putting their trust in the institution of marriage. It is true that Tabu is single in her 40s but she firmly believes in marriages. She is open to it but won't do it out of necessities. Her thoughts on having kids are progressive too. She thinks that every woman has the right to be a mother whether she has a husband or not. She opened about marriage and kids and said, "No one can stop me if I wish to have a child out of wedlock. But I don’t wish to deprive the child of both the parents deliberately, from the word go."

No one would deny the fact that Tabu is not only a brilliant actress but an individual who is an inspiration for both men and women. She has seen the good and the bad, but that hasn't created any dent on her lively outlook towards. We hope that she remains this strong forever and keeps on setting examples for us. Do let us know guys as to what do think about Tabu in the comments section below.