From posting lovey-dovey messages, selfies to announcements with one another, Shantanu Maheshwari and Nityaami Shirke had given us sheer goals. But looks like it was all just a good dream. 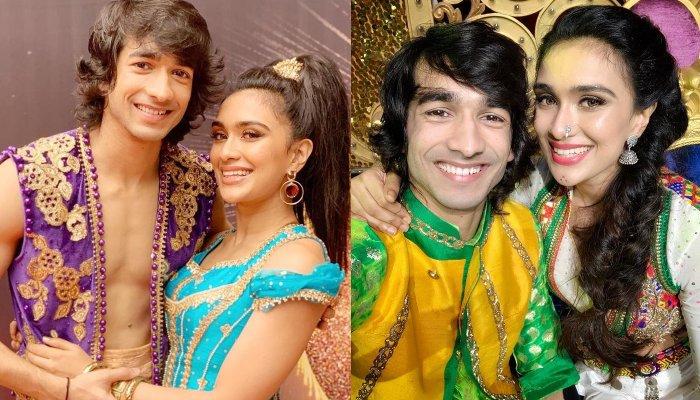 Put Your Hands Up, Put Your Hands Up, Like You Just Don’t Care Coz It’s Nach Baliye, Na Sharma Mere Maahi, Duniya Ki Na Soche, Nach Baliye, Lootege Wah Wahi, Chal Rang Jama De, Nach Baliye… every season of Nach Baliye has a whole array of stunning celeb jodis, starry judges, flashy sets and humorous hosts making our weekend evenings just as fun! However, this time, Nach returned on our screens with an extraordinary format. Current lovers and ex-lovers, sharing the same platform on the show together and thus, giving us a sneak peek of their fiery chemistry. While the concept of ex and current couples in the latest season was known to us, alleged ‘fake couples’ in the dance reality show was unknown to all. (Do Read: Tiger Shroff's Sister, Krishna Shroff Opens Up About Dating Her Brother's Friend, Eban Hyams)

Speaking specifically about one of the strongest couples on Nach Baliye 9, we all would wait for the weekend wherein we would see Shantanu Maheshwari and Nityaami Shirke, in a whole new avatar. Power-packed performances one after the other, role reversals and whatnot, this ‘couple’ left no stones unturned to sweep the audiences off their feet! Now go back to the sentence and notice a slight emphasis on the word, ‘couple’ when we spoke about Shantanu and Nityami. Well, if a latest report is to be believed, be all prepared to have your hearts broken and don’t tell us that we didn’t warn you beforehand. 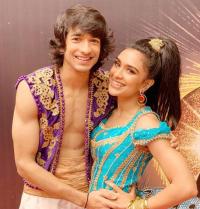 From posting lovey-dovey messages, announcements and selfies with one another, to becoming each other’s pillars of strength in times of need, Shantanu Maheshwari and Nityaami Shirke had given us sheer #CoupleGoals. But as per a latest SpotboyE report, the duo weren’t lovebirds when they were approached for Nach Baliye 9. It is reported that Shantanu and Nityami had faked their love to perform in the show! The reason behind the same was either speculated to be the channel pairing these two up as lovers or Shantanu and Nityami themselves posing as 'fake' lovers. But the ‘last words’ of the report (phew for the same!) was that after performing together for over 8 episodes, the duo has indeed developed some ‘real love’ for one another. 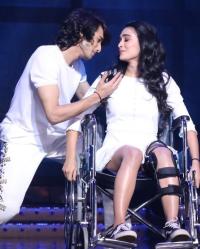 This report is heartbreaking and so hard to believe because it was on July 20, 2019, when Shantanu Maheshwari had shouted from the rooftop, announcing to the world that he is now all taken. Introducing his ladylove, Nityaami Shirke, Shantanu had written, “I’m a private person and I like to keep things like that but now that I’m doing #nachbaliye, my relationship is out in open... So confirming that YES I’m dating @nityaami.shirke and we are in this 'like' phase of our relationship. We both never thought we would end up dating each other when we first met as my ek tarfa pyaar was still prevailing in my heart.” (Also Read: Janhvi Kapoor Has Fixed Her Wedding Venue, Saree And Menu For Her Marriage, Whenever It Happens) 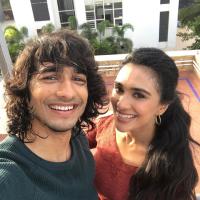 Shantanu Maheshwari’s post could be further read as “And we hail from very different backgrounds, but somehow we connected... Nach Baliye was not something that was in the picture but we both thought of exploring our relationship via this...good bad ugly - we don't know what will be the course of our journey...Yes, I know it’s a big decision, don’t know what to expect and how things will go... but hopefully we continue to enjoy and explore our relationship. Let’s see where it takes us." 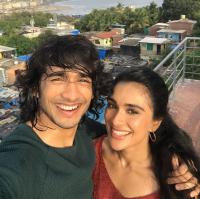 On the same day, Nityaami Shirke too, through an adorable boomerang, had introduced her beau, Shantanu Maheshwari. She had stated, “All the way from our show together, to where we are right now, I don’t think either of us expected what would happen. Jab I first met Shantanu on set, I never thought we’d get as close as we did and bond like we did, especially considering we were otherwise different personalities and came from such different worlds. I think what connected us was that we are both easy going and we could start a conversation about anything really. Also, the fact that we’re both private, family people.” (Must Read: Sania Mirza And Her 'Bride-To-Be' Sis, Anam Mirza Shop At Manish Malhotra Store For Upcoming Wedding)

Nityaami Shirke’s post was further worded as “I was so damn surprised that someone like Shantanu was as grounded and as down to earth as he is. The more I got to know him off set, I realised that he was genuinely someone I looked up to and respected. And so, that’s how it all began! Entering Nach Baliye wasn’t planned but it kind of happened at the exact time we’d started getting to know each other better. Though honestly, things are just starting out and both of us will always be friends pehle! That being said, I’m excited that we get to share the stage and just have fun together I know yeh Sab easy toh Nahin hoga and there will be ups and downs - but I wouldn’t want this journey to be with anyone else and I can’t wait to see where it will take us #readytonach @shantanu.maheshwari.” 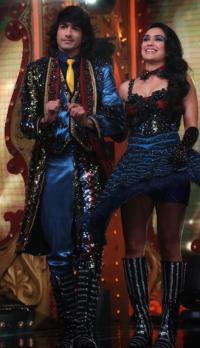 All said and done, we hope that Shantanu and Nityaami stay together forever for they look amazing with one another!