One of the most eligible bachelors of Bollywood, Shahid Kapoor, broke the hearts of a million girls when he announced his marriage to a Delhi-based girl, Mira Rajput. Shahid tied the nuptial knot with Mira on June 10, 2015. At the time of their wedding, Mira was a third-year English (Hons.) student at Lady Shriram College, Delhi University. She did her schooling from Vasant Valley School, Delhi.

But before this, Shahid Kapoor was linked to almost all of his co-stars and his killer charm seemed to have worked on all of them. So, let us take you on a ride through his past, and reveal to you all the sizzling Bollywood divas with whom Shahid has been linked with. Before becoming famous in Bollywood, Shahid Kapoor dated actress and model, Hrishitaa Bhatt. The two were paired opposite each other in a music video by the music group, Aryans. Remember their chemistry in the song, Aankhon me tera hi chehra? However, soon Shahid bagged his first film and romance took a backseat for him. 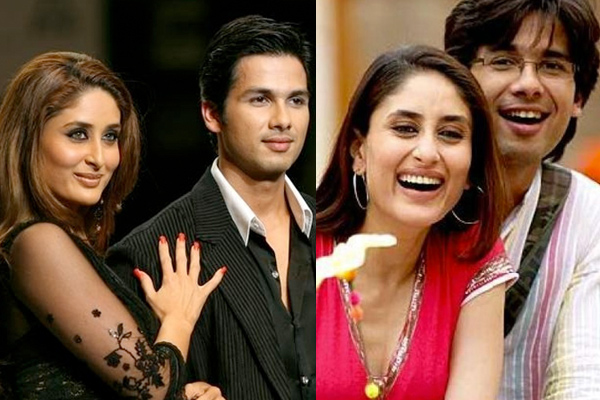 Shahid Kapoor and Kareena Kapoor’s love affair started during the shoot of the film, Fida. The two were more than open about their relationship, which made them media’s favourite couple. The lovebirds’ appearance on the chat show, Koffee With Karan was also a huge hit. The two dated for almost five years before they broke up, as Kareena reportedly started getting close to her co-actor Saif Ali Khan, who is now her husband. According to the reports, Shahid told Kareena about his wedding with Mira, before he told the media. Here’s what Kareena said as per a report in MissMalini: After Shahid's first movie Ishq Vishk’s huge success, he was rumoured to be dating his co-star from the film, Amrita Rao. Well, though there was not much truth in those reports during that time, it was their sizzlingly-cute on-screen and off-screen chemistry that fueled such reports. However, it was while shooting for their film, Vivah, the reports of Shahid and Amrita's link up started doing rounds once again. And, yet again, it was their on-screen chemistry that added fuel to the rumours of their affair. In fact, it was actually reported that after Shahid and Kareena's breakup, he started dating Amrita. However, Amrita maintained that they were just 'good friends'. Refuting the rumours of her linkup with Shahid, Amrita said in an interview:

"We aren't in love as it appears in media reports. I sometimes read the news that Shahid and I are in love but it is not so." The tennis player, Sania Mirza was linked with Shahid Kapoor a couple of years ago. The two were believed to be spending a lot of time together. However, Sania soon married Pakistani cricketer, Shoaib Malik, and all the rumours about her dating Shahid died a peaceful death. Shahid Kapoor and Vidya Balan met on the sets of the movie, Kismat Konnection. Their supposed affair was the talk of the town for months after the movie’s release, but neither of them confirmed the news. And if rumours are to be believed, then Shahid and Vidya drifted apart because of his caustic remarks regarding Vidya's weight. 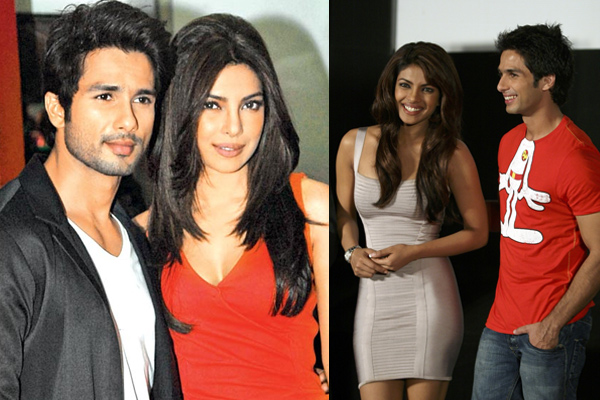 Shahid Kapoor and Priyanka Chopra's affair started on the sets of the movie, Kaminey. Though they never publically agreed and accepted that they were dating, their actions spoke louder than their words. Shahid and Priyanka's chemistry on the show, Koffee With Karan, was a sure giveaway that confirmed the news further. Also, not to forget, it was Shahid who opened the door of Priyanka’s apartment early in the morning during an Income Tax raid. Need we say more? 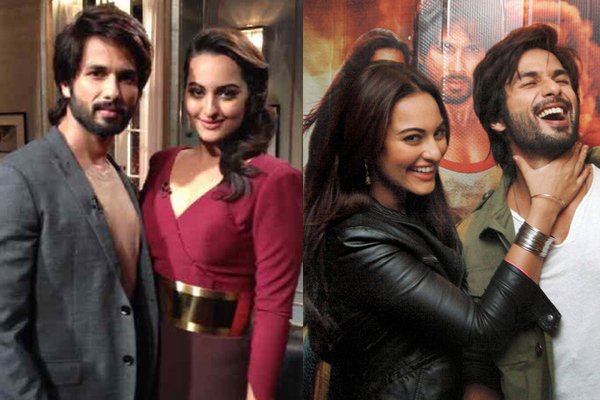 Shahid Kapoor and Sonakshi Sinha met on the sets of the movie, R Rajkumar, and that was when their love reportedly started to blossom. Shahid and Sonakshi were seen hanging out together a lot, enjoying each other’s company. Shahid also accompanied Sonakshi to Goa for her birthday celebrations, and the two were spotted attending many parties together. Who can forget the sizzling lip lock between Shahid Kapoor and Anushka Sharma in their crime-comedy film, Badmaash Company? But do you know that according to the reports, Shahid and Anushka were seen smooching at Imran Khan’s success party for Mere Brother Ki Dulhan. As soon as the news of them kissing at the party started doing the rounds, the rumours of Shahid dating his co-star, Anushka made the headlines for quite a while. 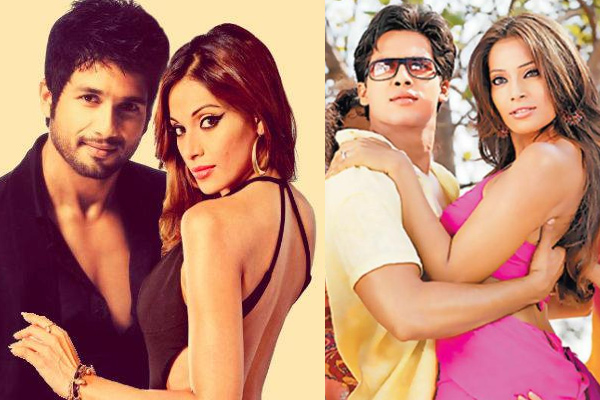 Shahid Kapoor and Bipasha Basu worked for one film together, Shikhar. And while shooting for the film, the rumours of them dating each other started making the buzz. The lovebirds got too cosy while filming for their movie. They were seen hanging out and partying around with their friends. After having a series of failed relationships, Shahid Kapoor finally found the love of his life, his soulmate, Mira Rajput. Shahid is madly in love with his wife, and they have a beautiful daughter named Misha Kapoor, who was born on August 26, 2016. Shahid is now a family man, and he is totally enjoying this phase of his life. He feels lucky to have Mira as she makes him a better person. Shahid said in an interview:

“Mira and I communicate very well. That's one of the strongest qualities about us. They always say, ‘Be with someone who helps you become a better person.’ She makes me want to be a better person. And that shows that she is a really good person.” Shahid has got the queen of his life who is ruling his heart. Speaking about how his life has changed after marriage, he was once quoted as saying:

“I am in a very happy space. It’s a new beginning. Everything changes after marriage. You become a man. You feel responsible. When you are on your own, you feel, “It’s all good. Life’s going on.” But you feel responsible and thoughtful the moment you have someone to take care of. From now on, I will probably take more sensible decisions. I won’t be rash. The sense of freedom has now turned into a sense of responsibility."

However, that was all in the past. And now Shahid Kapoor is a happily married man with wifey Mira Kapoor and their cute little munchkin, Misha Kapoor. We wish Shahid and his family all the happiness and love in the world.