She hails from a well-known and prominent Rajput family of Himachal Pradesh. This ‘Pahadan beauty’ is one bindaas and straightforward actress from the showbiz world. Here she says one thing, and there it becomes the front-page news. Though she is an out-of-towner, still she made it to the top and is the “queen" of the tinsel town. We are talking about none other than the one and only, Kangana Ranaut.

She has bagged amazing roles and gave some outstanding performances, and has created her own niche in the industry. Topping it all, with just her debut film, Gangster, she won the Filmfare Award for Best Female Debut. Since then, there has been no look back for this girl. 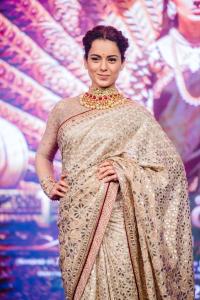 But apart from all the crazy work that she has done all this while, she has been in the news for her personal life as well. Whether we should say she is one unlucky girl in love or it was something else, her alleged love affairs have always been in the news. Here, let’s have a look at her unfortunate and/or alleged love affairs! Recommended Read: Shocking Statements Of Kangana Ranaut On Her Exes Which Stirred Bollywood

Kangana’s first and the foremost affair that spread like a wildfire was with Aditya Pancholi. This was the time when she was struggling to make a name in the industry. He was 20 years older to him, a married man and a father of two, but nothing could stop them from the romantic entanglement. If reports are to be believed, Aditya even paid Kangana to buy a new house, where he used to barge in and subject her to physical abuse. Also Check: 26 Famous Bollywood Celebrity Couples Who Had Interfaith Marriages

Apparently, she was almost house arrested. Nonetheless, their relationship ended on an extremely bitter note due to the reported mental and physical abuse. But then, this didn’t end there! The spat between the two continues even after years. With all the allegations and counter-allegations, this fiasco takes a bitter turn with each passing day. Read more here what Kangana has to say, and click here to hear Pancholi’s side of the story! 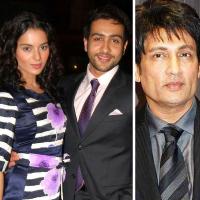 After parting ways with Aditya Pancholi, Kangana soon found love in Shekhar Suman’s son, Adhyayan Suman. The lovebirds met on the sets of their movie, Raaz in 2009 and soon cupid struck between the two. But their relationship didn’t last for long, and they parted ways. There were reports that the reason behind their break up was Shekhar who wanted his son to concentrate on his career.

You May Also Like: 9 Celebs Who Can't Stand Each Other After Their Break Up Or Divorce 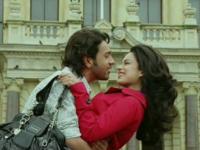 Speaking about beak up, Kangana was quoted as saying, “Adhyayan and I had a talk about our relationship and it was his decision to move on. It came as a shock to me. It’s an amicable break-up…’’. On the other hand, Adhyayan said, “At this point, I really want to focus on my career and professional commitments. Sustaining a long-distance relationship of this intensity is tough.’

And thereon, her unlucky love streak continued, and Adhyayan even went on to say, “I was emotionally badgered because of my relationship. Kangna only knows how to use, abuse and throw. She has flooded me with abusive calls ever since the truth about her fake claims came out. I have remained silent on her abusive nature for so many years, but she is crossing all limits now. Since I haven’t been taking her calls, her aides have been calling my mother and harassing her.” 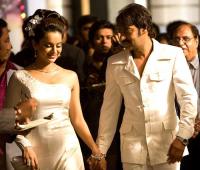 After she broke up with Adhyayan Suman, she got involved with Ajay Devgn in 2010 during the shoot of Once Upon A Time In Mumbaai. And of course, Ajay would never leave Kajol for Kangana. So yet again, it was her no-strings-attached kind of affair with him. In fact, later in an interview with a leading daily, she committed that it was her mistake to be involved with a married man. And the reports then also stated that it was Kajol who warned the actor to mend his way or she will leave him. She said, “Dating a married man was a mistake.”

While people thought that she was referring to Aditya Pancholi in this statement, but a very few know that it was directed to Ajay Devgn.

Also Checkout: Kajol Devgan Shares The Real Reason Why No One Wanted Her To Marry Ajay Devgn, Even Her Dad

Then, after this Kangana had a brief relationship with a British doctor named, Nicholas Lafferty, who came many times to Mumbai. They were seen together at various events and dinner dates as well. The duo couldn’t keep their long-distance relationship for long and went separate ways. Speculations were that this was entirely a publicity stunt and not more than that, and some said that he was a rebound guy.

Now coming to one of the most talked about and the ugliest affairs and that is of Kangana and Hrithik Roshan. It is reported that the actress was involved with another married man, who was awaiting his divorce with wife, Sussane Khan. Hrithik and Kangana have been embroiled in this ugly spat like no one else. Their legal notice mess is probably one of the murkiest quarrels so far over an affair gone wrong in tinsel town (read more). From their legal notices to the email accusations to the Asperger’s claim and what not, this battle took a bitter turn with so much of mudslinging.

It seems that either Kangana has been unlucky in love or her destiny has something like this in store. Nonetheless, we wish her all the luck and happiness in this world.