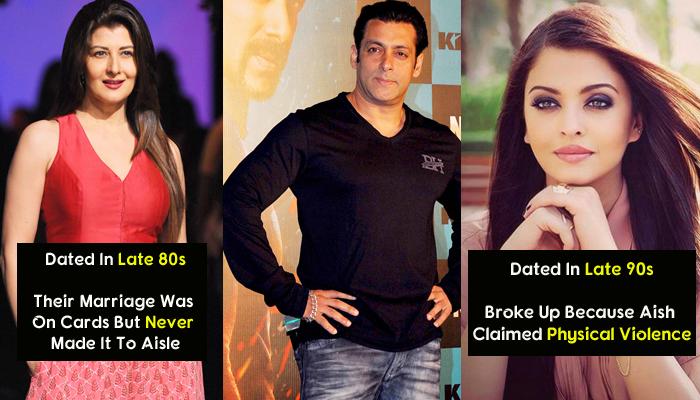 Salman Khan is one of the most successful actors of Bollywood and the infamous bachelor too! He is 51 and people cannot stop asking him the questions about his marriage. 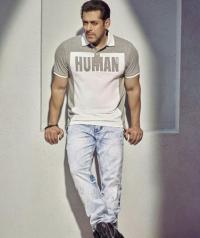 This gorgeous and talented man is still a bachelor but he has had his fair share of affairs. Here is a list of the girls who dated the most famous bachelor of the tinsel town.

It was in 1993 when Salman met a 19 years old Somy Ali. The young starlet from Pakistan was in the news not for her debut film but because of his closeness with Salman. Their relationship lasted for 6 years before Somy went to the USA leaving a heartbroken Salman behind. She said that she couldn't continue their relationship because of Salman's alcoholic ways and obsessive behaviour.

One of the most talked about affairs of the early 2000s was Salman with world beauty, Aishwarya Rai. The affair started while the actors were shooting for their movie, Hum Dil De Chuke Sanam. The two were seen together at every award show. They had an ugly break up in 2002 after Aishwarya claimed that she suffered physical violence at the hands of Salman.

Katrina Kaif and Salman shared a kind chemistry which spelt love. None of them ever accepted seeing each other, but the way they would gush in each other's company and Katrina's closeness with Salman's family told a different tale. Nobody knows for sure why it ended but the actors still maintain a close relationship and we love seeing them together on-screen.

Mahek and Salman have worked together in the movie, Wanted. The rumours of them dating started doing the rounds when Mahek was in the Bigg Boss house. It was seen that Salman favoured her over other contestants and he even accepted it.

Suggested Read: Famous Bollywood Ex-Husbands And What They Are Up To

After being an inmate at the Bigg Boss house, Claudia did some item songs and cameo roles in a few Bollywood movies. It cannot be said for sure how she got close to Salman, but they were often seen partying together.

Iulia Vantur is the most recent girl in Salman's life. This Romanian beauty flies to Mumbai at every chance she gets. She even starred in the song Ummbakkum from the film O Teri. She is close to Salman's family and even he has hinted about getting married to her. There are rumours that the two are already engaged.

Salman Khan's love life has been a roller coaster ride. He has been fortunate enough to be with some of the most wonderful ladies but not lucky enough to settle with one. Let's hope that his search ends soon, and he finds his soulmate.