The year 2016 welcomed two most-awaited star kids in the B-town world, Misha Kapoor and Taimur Ali Khan Pataudi. While both these kids left everyone awestruck with their cuteness, their mothers did set some new benchmarks for women in their own ways.

Ever since Mira Rajput got married to Shahid Kapoor, she showed the world that there is nothing wrong in having an arranged marriage and that too with a guy who is more than a decade older than you. And then, by getting pregnant in her early twenties itself, she also kept forward a point that you can have babies first and concentrate on your career later.

When Saif-Kareena Shared Taimur's Royal Nursery Pictures; We Just Love The Back Of His Bed! 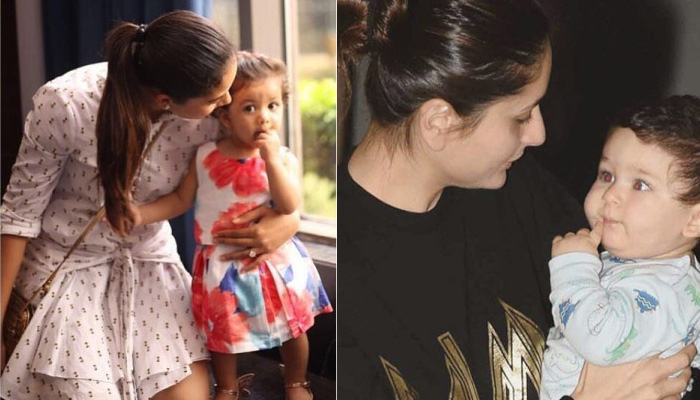 After Misha’s birth, Mira even came out in the open about how she took care of herself post embracing motherhood, “It’s great to be fit but it’s better to be a healthy mother. I went through the pressure (of body shaming) as well after Misha’s birth. But I feel you can take time to lose that weight. It’s just not about physical, but mental health as well. I took those 40 days of confinement after delivery, which people say is outdated, and I had my ghee, because I gave a lot to give birth to Misha. I loved being pampered.” 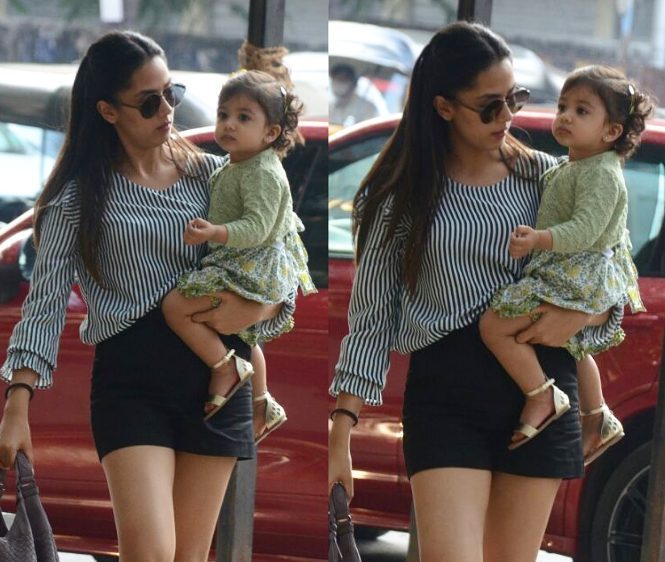 After Misha, Shahid opened up about Mira thinking of having another baby and said, “Mira, who is just 22, would prefer to have a second kid soon as well. She wants to flip the norm, get the kids to a certain age and then be free to do what she likes.” Well, we are sure not many women thought of it this way! On Women’s Day (March 8, 2017), she even talked about being a proud stay-at-home mom, and said, “I am a homemaker and I am proud of the label. I love being home. I had a difficult pregnancy and now I want to spend every moment I can with my daughter.” However, what followed this statement irked a lot of working moms. This was the controversial statement that left a lot of ladies, especially the working moms, angry. Mira was quoted as saying, “I love being at home, I love being a mother to my child, I wouldn’t want to spend one hour a day with my child and rush off to work, why did I have her? She is not a puppy; I want to be there for her as a mother.” Well, this was all about Mira Kapoor and her take on marriage, pregnancy and motherhood. 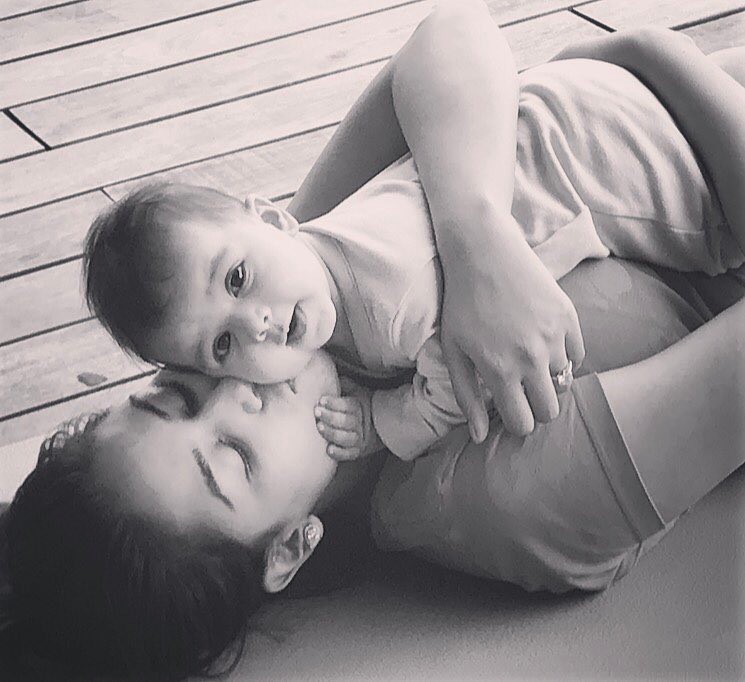 Moving on, we have another trendsetter lady, Kareena Kapoor Khan, who embraced motherhood in her late thirties. And throughout her pregnancy period, she was constantly active both on professional as well as personal front. To top it all, she was back to work just 45 days after her delivery. Remember how she slayed it with her looks as she walked the ramp for designer Anita Dongre at Lakme Fashion Week? In case you forgot it, check it out HERE! Interestingly, after few days when Mira made a statement on the importance of staying at home once you have a kid, Kareena came up with the exact opposite of the same. She spoke to a leading daily about the criticism she keeps getting on how she is handling Taimur. She retorted, “Yes, I was on my feet a few days after the delivery, but it's upsetting to have people judge you for it. No one has the right to comment on how I conduct myself or what sort of a mother I am. Everyone seems to have an opinion. Postpartum depression is not a must, right? It's whimsical to generalise that every woman goes through that phase, almost making it sound like a norm. Every pregnancy and every mother's journey with her child during those nine months and afterwards is different.” 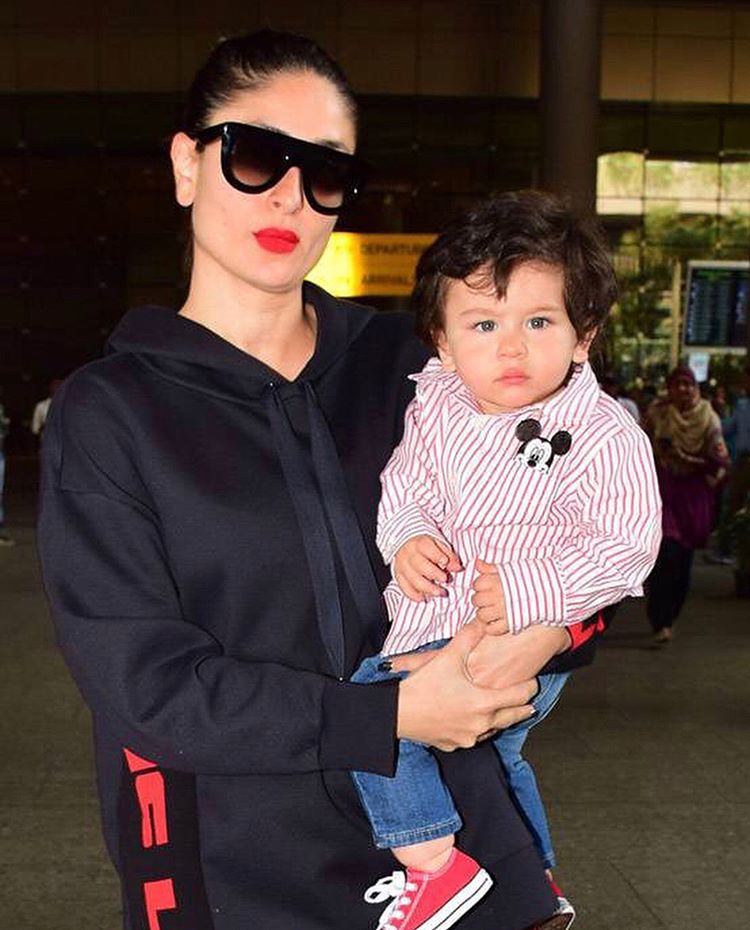 In fact, a report by leading daily DNA even mentioned that in an earlier interview, Kareena was asked to react on Mira’s statement where she sort of condemned working moms, and here’s what the actress had to say, “What kind of a mother I am is something that will unfold with time. I will not scream from rooftops about experiencing motherhood or how much I love Taimur. There’s always the pressure of being judged, no matter what you do. It’s about how you deal with it. Every pregnancy and every mother’s journey with her child during those nine months and afterwards is different. You can’t draw parallels. No one out there really knows me or what I am feeling at a given time. How can anyone decide on my behalf whether I am supposed to feel depressed or if I can step out before 45 days? If I’m spoken about like that, what would it be like for other women?” Now you all must be wondering how Mira reacted to this interview of Kareena. Well, looks like these statements of Kareena didn't go well with Mira. If the reports are to be believed, then Shahid's wife was really angry with how her husband's ex, tried to take a dig at her, phew! Many leading portals have quoted a source as saying, "Mira is very upset with Kareena's comments on motherhood."

Certainly, both the ladies, Kareena Kapoor Khan and Mira Kapoor, have their own definitions of an empowered woman, and their own respective rulebooks on motherhood that they follow with pride! So, whose opinion do you agree with? Do tell us in the comments below!

Next Read: When Love Story Of Shahid Kapoor's 'Misha' And Kareena Kapoor's 'Taimur' Was Trending On Twitter