'Shivaay' actress, Sayyeshaa Saigal had tied the knot with her long-time actor-boyfriend, Arya on March 10, 2019. On August 12, 2019, it was her first birthday post-marriage. Checkout. Her innocent face, subtle acting and amazing performance overall as Anushka in a commercially successful film, Shivaay opposite, Ajay Devgn, bagged her a lot of appreciation. She is just 22 and is already a name down in South. The mention is of none other than Sayyeshaa Saigal, who also happens to be Dilip Kumar and Saira Banu's grandniece. After making it big in Bollywood with her debut opposite Ajay, she thought of getting settled in her personal life as well.

It was on Valentine’s Day 2019 (February 14) that Sayyeshaa had announced her wedding with her longtime actor-boyfriend, Arya, who is a big name in the Tamil industry. Almost a month after the announcement, on March 10, 2019, Sayyeshaa and Arya had walked down the aisle in a grand ceremony, followed by a lavish reception party on March 12, 2019. (Also Read: Arjun Kapoor Turns Protective Boyfriend To Malaika Arora When She Was Mobbed By Fans [VIDEO]) Now, on August 12, 2019, Sayyeshaa turned a year older and it was her first birthday post-wedding. To make it extra special, Arya took to his official Instagram handle and shared a lovely picture with his beautiful wifey. Flaunting a piece of cake atop which “Happy Birthday” is written, Arya kept his birthday wish for Sayyeshaa simple and sweet by writing, “Happy birthday my wifey.” Take a look at the picture shared by Arya here along with other pictures from the celebrations: 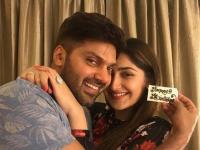 Earlier, announcing her marriage with her fans, Sayyeshaa had shared a note on Instagram and had written, “With the blessings of our parents and family, we are delighted to share with you the most beautiful day of our lives. We are getting married this March! We seek your love and blessings in our new journey of happiness and togetherness.” (Checkout: Niti Taylor Twins With Her Soon-To-Be Fiance Parikshit Bawa On Mehendi Ceremony, Pictures And Videos) 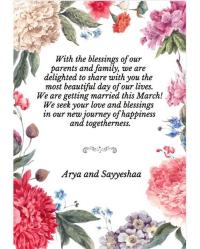 Once in a media interaction, Sayyeshaa had talked about making her debut in Shivaay opposite a great cast and was quoted as saying, “I do not think anyone will compare me with Erika Karr, who’s the other leading lady. People ask me if I am romantically cast with Ajay-sir at all, but, for that, they have to wait and watch the film! My role is acting-oriented and is about a young Indian girl who stands on her own feet, knows exactly what she wants, and is working in Bulgaria. She supports Ajay in his troubles.” 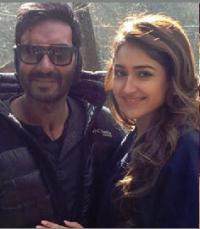 In the same chat, she had also shared her experience of working with Ajay Devgn. Sayyeshaa had remarked, “As an actor, he’s completely effortless, after all the experience he has. As a director, he’s very meticulous and planned in his approach. When he was not in a shot, he would be operating one of the cameras himself. And he made me so comfortable — not once did he behave like a big star.” (Do Read: Niti Taylor Confirms Engagement And Introduces Her Fiance, Unseen Bachelorette Bash Videos Inside) 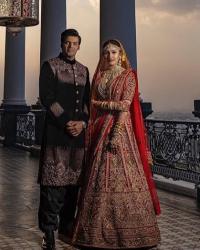 In an interview with ParentCircle, Sayyeshaa had talked about her love for dance and the role played by her mother in shaping her career. The actress had shared, “Being an actress is a lot of work. I am not talking about what happens in front of the camera alone! There’s so much to deal with behind the camera, and if not for my mother, life wouldn’t have been easy. She manages my staff and is always making sure what I need is available on time. Shooting schedules can be stressful and drain you but having her around relaxes me. I love her presence because it’s soothing and calming.” 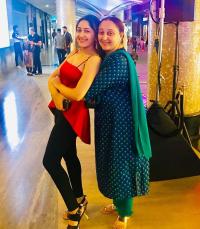